I stumbled upon this shop when I was at Raffles City in my hunt for the famed Tiong Bahru Bakery. As you may know, Malaysia (KL specifically) lacked credible Vietnamese dining outlets and the banh mi (baguette) in Vietnam has been elusive till Quick Bites at Publika opened recently. 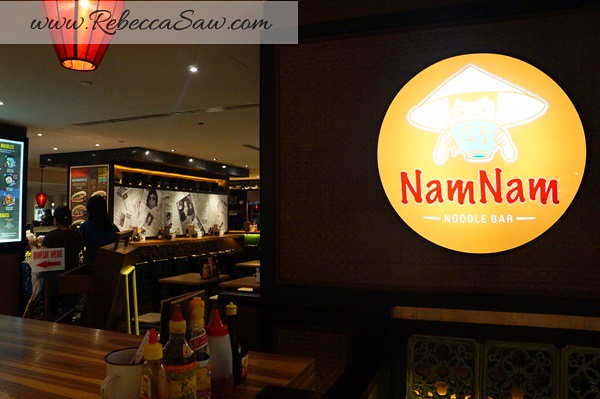 Trustworthy sources such as friends who had visited Vietnam and had stamped their approval for Quick Bites made me believe that we finally got good banh mi in KL. BUT while I do concur that Quick Bites’ baguettes are tasty, Quick Bites is a PORK FREE outlet. 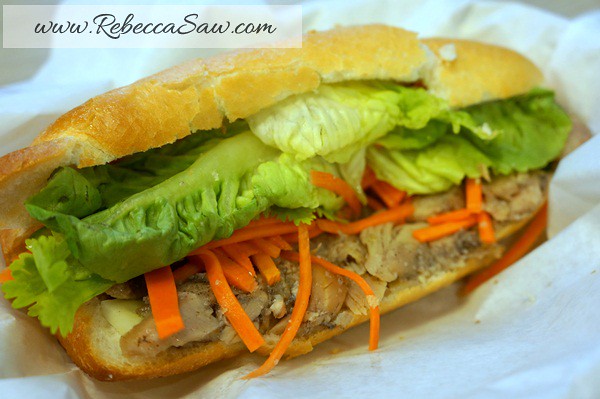 And my dear friends, from what I read, the real deal is pork. 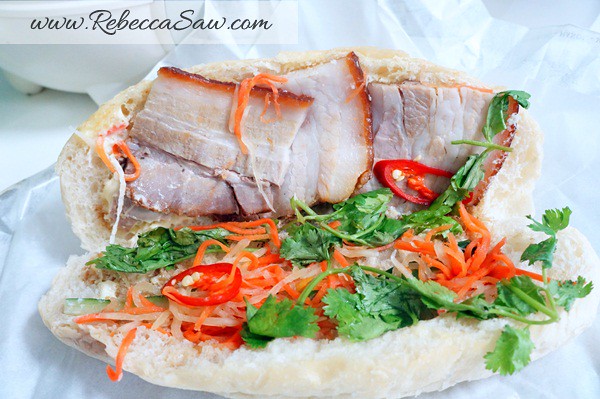 Since I’m a tourist, I didn’t know much about NamNam but a few clicks on the internet gave me an insight. Apparently this outlet is under the bigger umbrella of the Les Amis group, a reputable F & B group in Singapore. 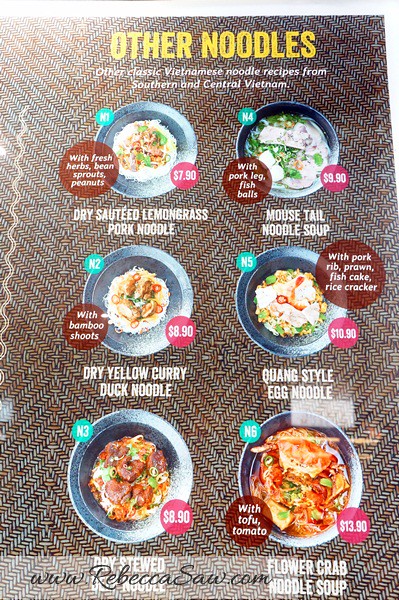 The concept is fuss-free but affordable authentic Vietnamese fare. From the menu, I thought everything looks darn promising!
Noodles options are pretty creative too, from dry yellow noodle duck noodles to flower crab with tofu and tomatoes. But I do wonder if these are similar dishes found in Vietnam. I sure as hell never seen or heard of these before. 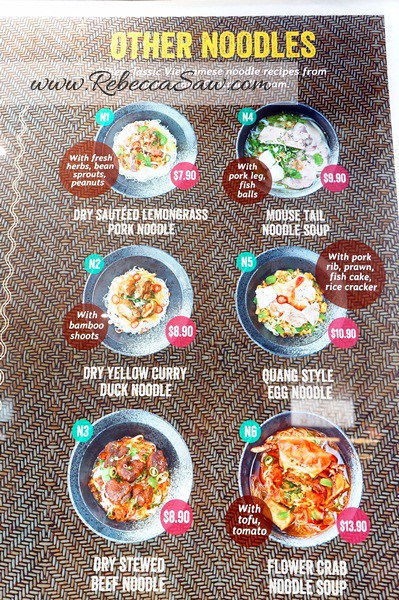 But the MSG free claim does matter for someone health-conscious like me. I’ll pick a restaurant with MSG free food over one that isn’t anytime. Also, for pho, the soup base is very important. Most outlets would save cost and time by using seasoning/MSG as a long amount of simmering is required to develop the depth of flavour for the pho base. Thus I was impressed that NamNam would take the MSG free route. 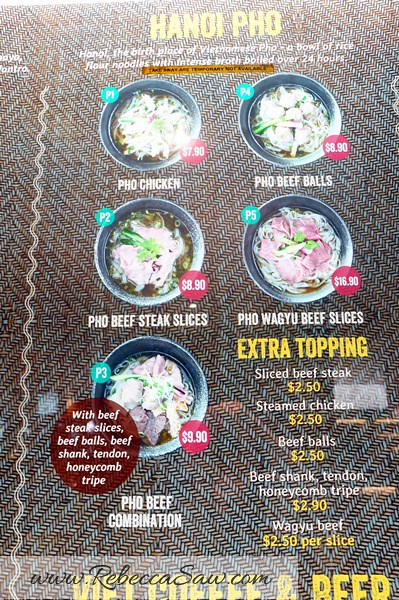 Since I’m more of a bread whore than a noodle fan, I opted for the banh mi (Vietnamese baguette sandwiches) instead of the pho.
The procedure is pretty simple (think Subway) and I’m sure you’ll be able to figure it from the pictures. 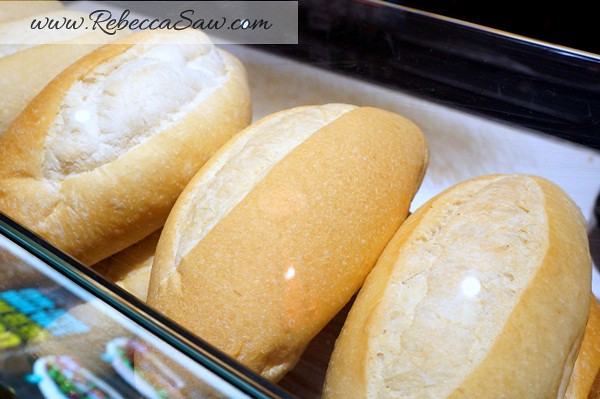 1. Take a loaf out from the oven (Yes, the baguette is warm with a nice crusty top) and slit across for the fillings. 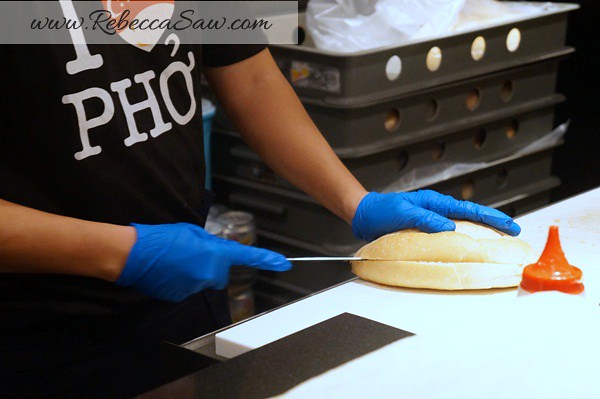 2. Spread a layer of aioli followed by a layer of pork pate. Yes, PORK PATE!
I was eyeing the tub of pork pate greedily and hoping that he will spread another layer but nope, unfortunately it was only one layer! 🙁 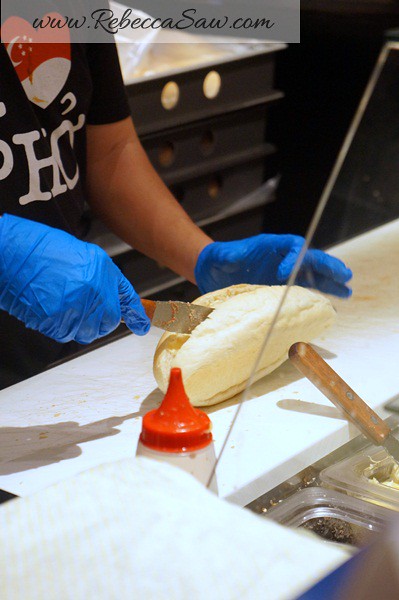 3. Then the main filling goes in. For mine it was spiced pork belly. 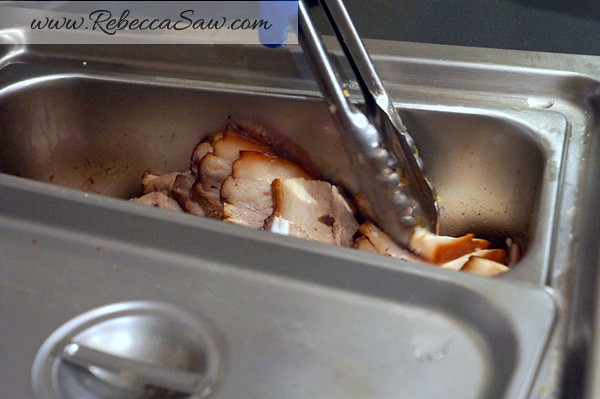 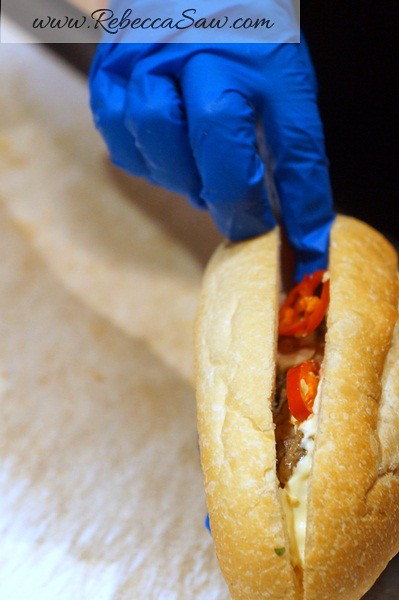 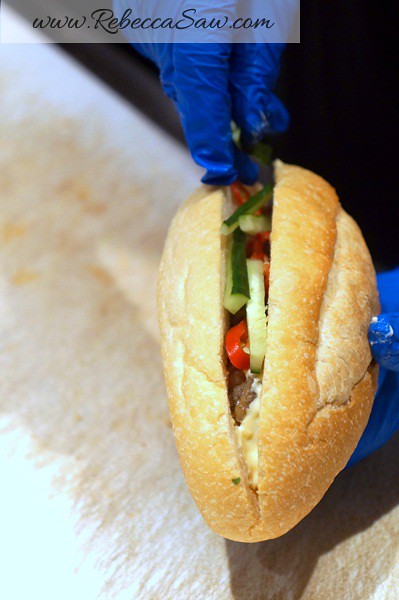 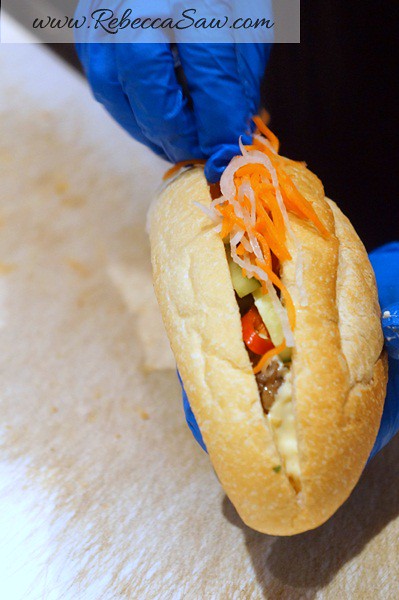 5. A squeeze of some sauce of which I suspect is fish sauce. 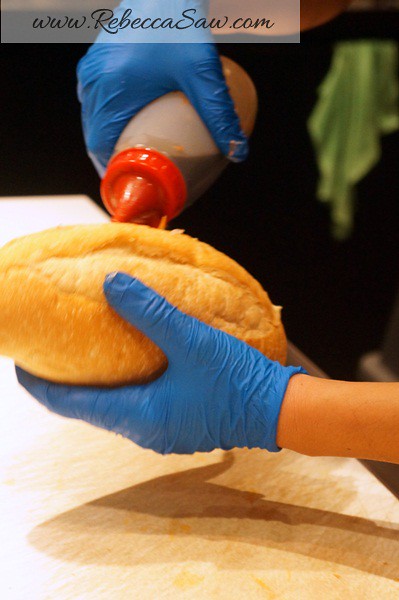 For take-away, you can request for it to be cut to your liking; half, quarters, etc. 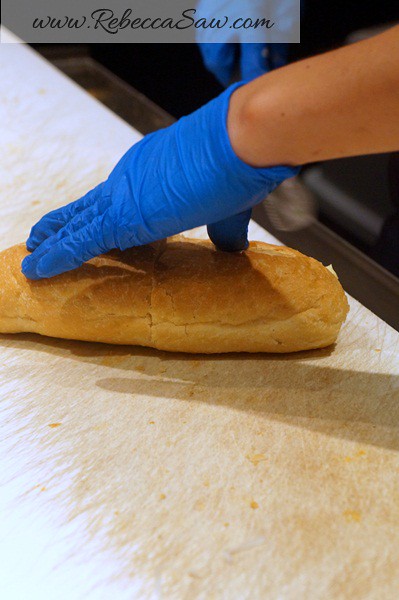 Lastly, it is wrapped in 2 layers of plastic and paper before it’s packaged in a nice long bag. 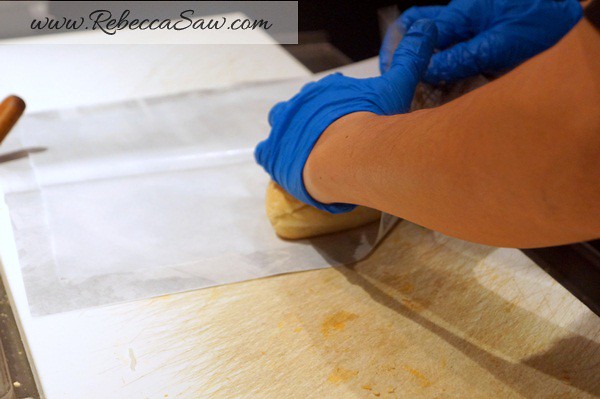 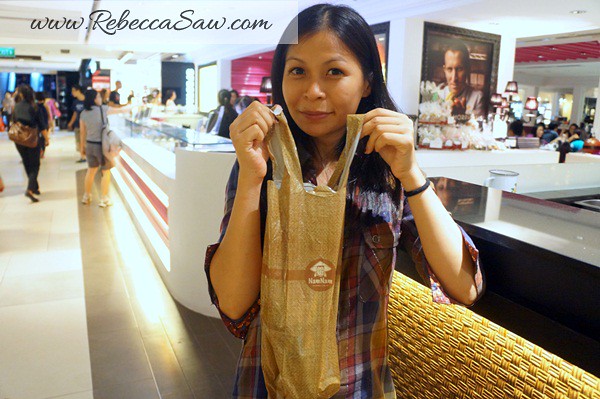 I was worried that the baguette might have turned soggy by the time I reached home but to my pleasant surprise it held its shape pretty well. The texture of the baguette is not strictly french as it’s more “bready” and slightly chewy. The crust remained crisp. 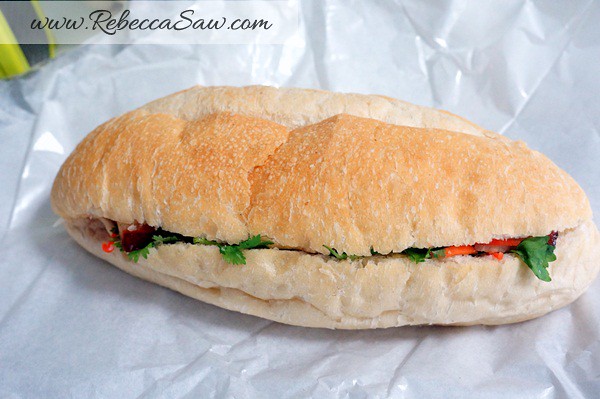 Although I found the pork not as tender as I would have like, it was nonetheless a very tasty sandwich! What makes Banh Mi different from the usual sandwich are the overall contrasting textures and flavors which worked very well together; the bitter-ish liver flavour of the pate, the pork slices, the crunchy, sweet and appetizingly sourish vegetables. A bit of heat from the fresh chillies and herb-y cilantro completed the ensemble.

Oh, here’s the aioli and pork pate that was spread prior to the adding of meat and vegetables. 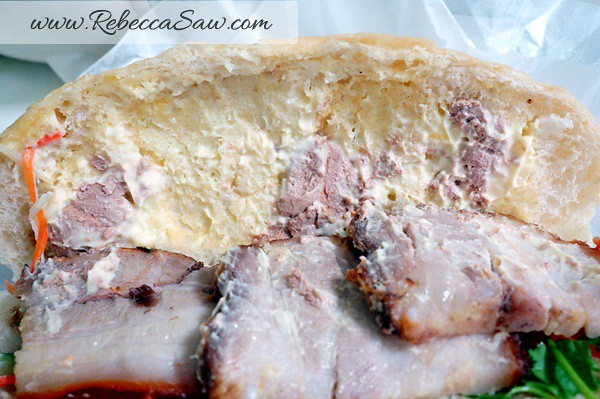 Lastly, a picture of the “baguette”. As I have said earlier, it wasn’t actually french standard but it compliments the filling of the banh mi very well. 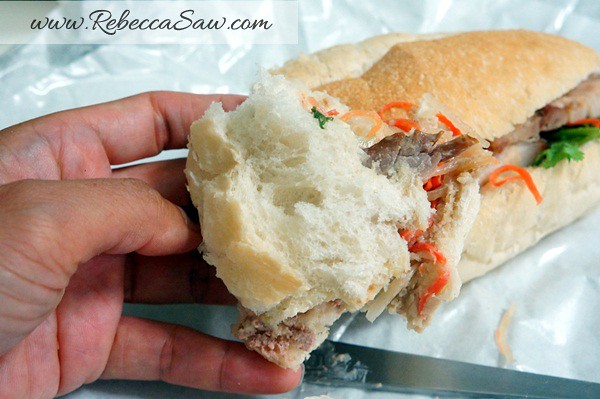 Now, who wants to be my business partner if I were to set up an outlet for banh mi? 🙂