I’ve been baking a lot lately but I have not attempted a cheesecake as yet.
To be honest I love my cheese as it is, the more vintage the better. Cheesecakes are a hit and miss; some too dense, some too light and most lacked any flavours or texture other than being plain sweet and sticky.

Uncle Tetsu opened just last week at 1U and since it was just a short walk away from my home, I didn’t mind giving it a go.
Besides, it’s been a while since I had a good plain cheesecake. And its reputation as one of the best cheesecakes around did intrigued me. 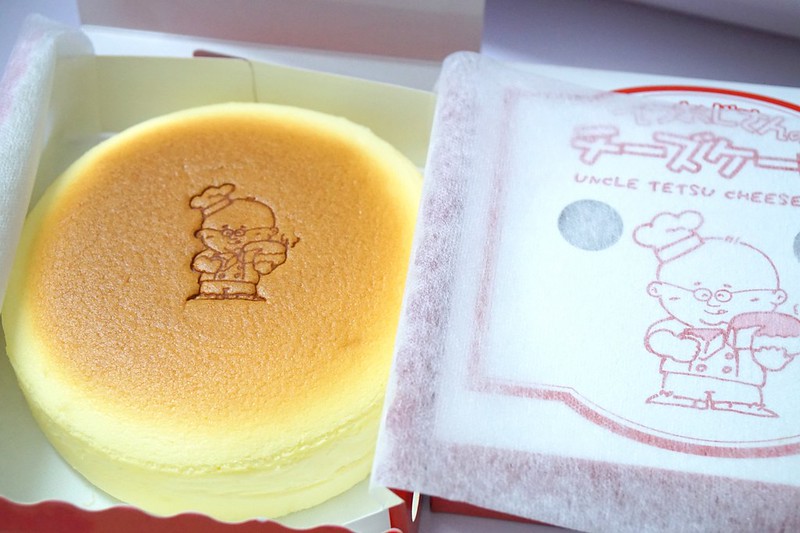 Freshly baked upon order, each order takes a minimum of 20 minutes. When the reservation queue is long (which it is since Tetsu just opened) the wait might take up to 30-40 minutes.

I was lucky enough to grab mine within 25 minutes.
Once home I quickly cut out a quarter to try. 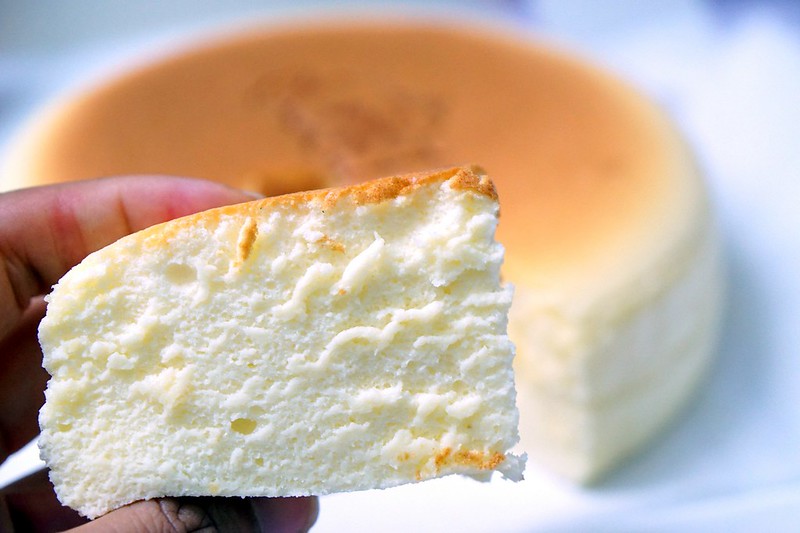 Oh gosh, it is good! In fact I could finish the whole cake myself. It has a good cheese flavour without being overly dense and while it is cottony and light, it wasn’t empty fluff either.
A very good balance of both taste and texture in each mouthful and I understood why Uncle Tetsu’s cheesecakes are so sought-after now.

I’ll be heading over again today to grab another Uncle Tetsu cheesecake, this time the Angel Hat to see if there’s any difference in taste.
I’ll update this post again later then! 🙂

More:
1. Uncle Tetsu Cheesecake is available in Japan, Taiwan, Thailand, Singapore, China, and now, Malaysia, with a total of more than 100 stores worldwide.
2. Uncle Tetsu Cheesecake is made from Australia imported cheese and milk. I’m not sure if the original in Japan are made using Japanese dairy product because it doesn’t make sense for them to be using Australian dairy as well right?