When I hopped in for the Valentine Day’s buffet at Armada Hotel earlier this month, I got acquainted with Executive Chef Chew Teik Chye, whose Hainanese roots has inculcated him with the coveted skills and knowledge of whipping up authentic Hainanese cuisine.

Now, there’s no way I’ll pass up any chance of tasting authentic cuisine, be it Asian, Western or Middle Eastern. And we all know how too often we were mislead by tantalizing advertisements of “authentic” Nyonya, Hainanese,  Cristang cuisine, all of which are fast becoming lost art, and hence its popularity. Willy businessman capitalise on this void, and we consumers unknowingly paid hard earned cash for meals that may or may not as advertised. 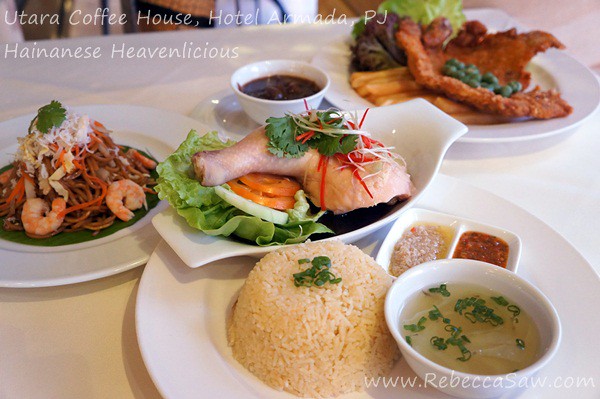 While I can’t vouch 100% for any outlet to be serving their cuisine as traditional as it was eons ago since I certainly haven’t walked this earth as long, all I can hope is as I live each day, I would be able to savour each cuisine as authentically as it is possible NOW, before it is lost forever. 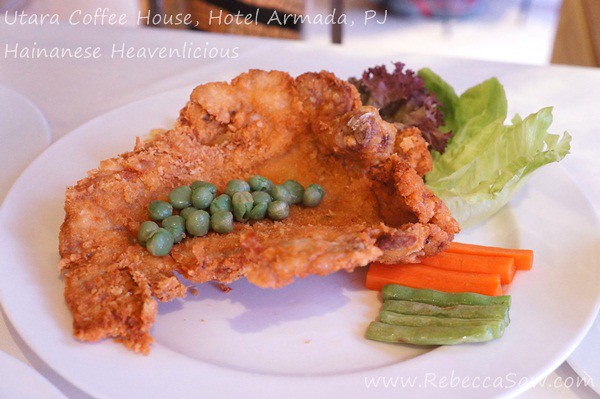 Upon the discovery of Chef Chew, we wasted no time to drop in again at Armada Hotel, this time strictly for his culinary prowess in the Hainanese department. 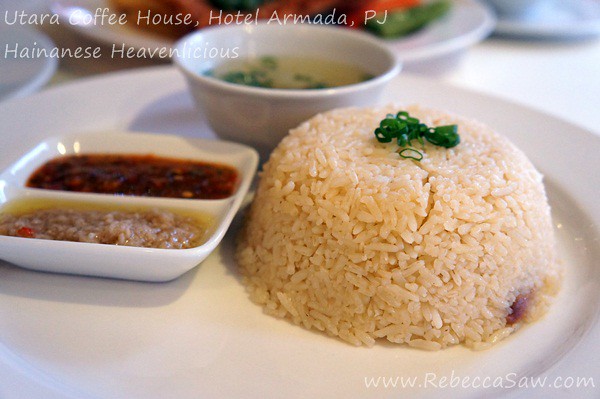 And when it comes to Hainanese cuisines, this bubbly chef learnt it from his hero; his grandmother.

The enduring favourite – The Hainanese Chicken Chop (RM24++). The chicken fillet is chopped and hit with the mallet until flat, a distinguish difference it holds from your regular Joe. Though deep-fried, it was barely greasy & remained moist inside. 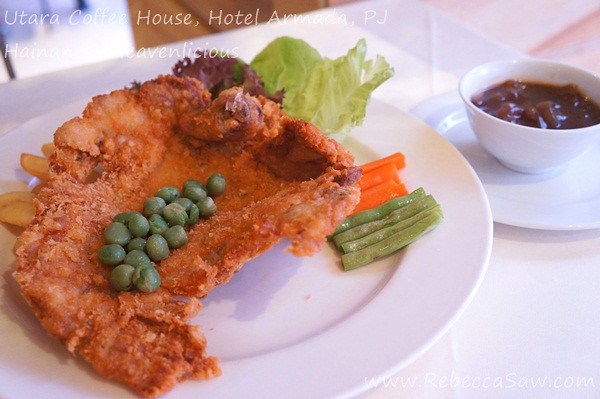 The slurp-worthy gravy, where I was tempted to request for bread rolls to dip in and go into a carbs induced coma. 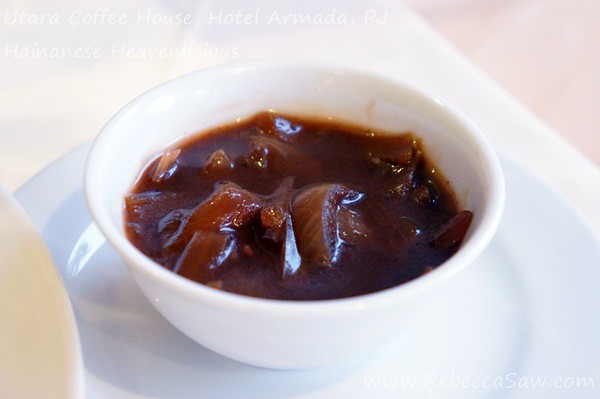 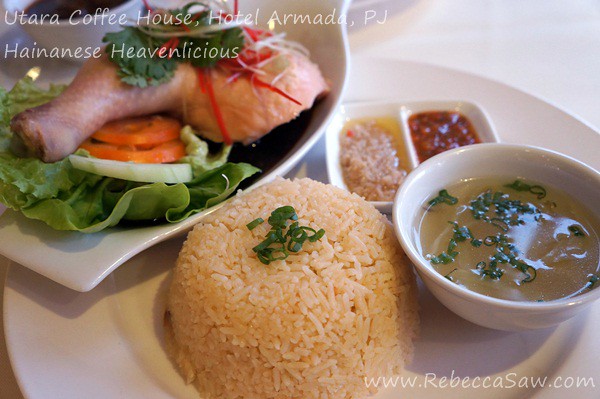 Well, like I had said above, I can’t vouch for its authenticity 100%, but I can tell you if I liked what I tasted! So here goes…

Chef’s Hainanese Chicken Rice does not consist of roasted chicken but instead, of well simmered chicken. The correct heating technique and the précise cooling-off method were adopted to create the smooth chicken texture that he is prized for. 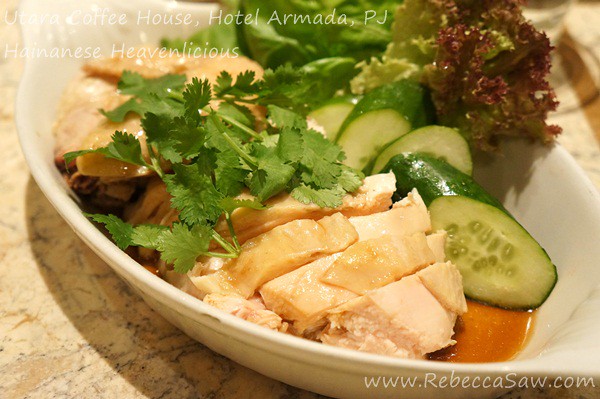 To me, a good chicken rice dish has to be a combination of the chicken, the condiments; the ginger and chilli sauce and the rice.
The Hainanese Chicken Rice here aced in certain areas while was shaky in some. Then again, I’m not a Hainanese so take my review with a grain of salt. 🙂

The rice was fantastic; fluffy, non- greasy and fragrant. It was so good that one could just eat it on it’s own! The chicken was tender yet firm but the accompanying ginger and chilli condiments was too mild. I was disappointed that the chilli lacked pungency and was sweetish instead of spicy. I have always prefered my chilli with a bit of heat. Perhaps this is done the Hainanese way, and being ignorant, I didn’t know how to appreciate it. Same verdict from me for the ginger. It wasn’t as pungent or “acrid” as I would have liked. 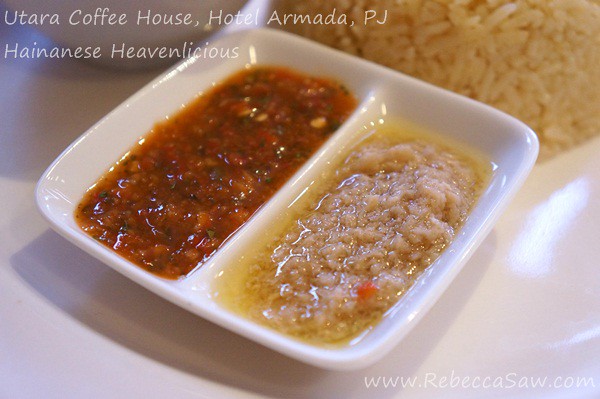 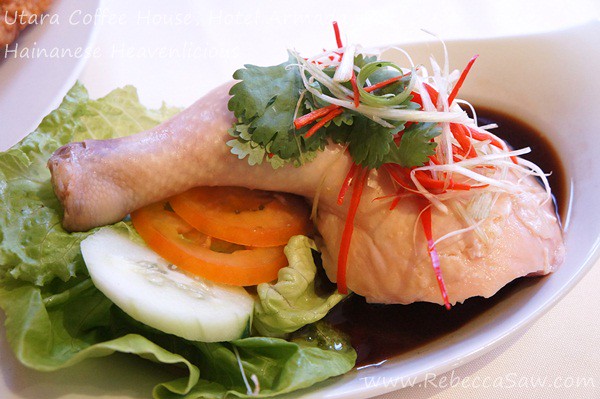 Meanwhile, meat lovers will fall head over heels with the Hainanese Braised Lamb Chop (RM46++), braised with potatoes and it comes accompanied with steamed white rice and vegetables. 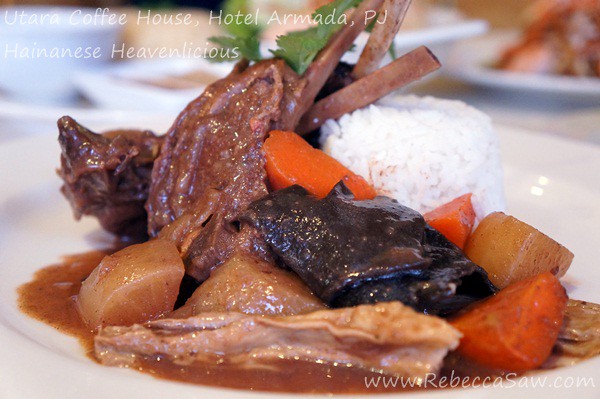 I love my lamb & that’s no secret 🙂
The lamb chop was superb, full flavoured & tender. The stew-like gravy was aromatic & delicious. Chef prefers using lamb leg and the meat is cut into cubes and braised for minimum 1-2 hours prior to serving. 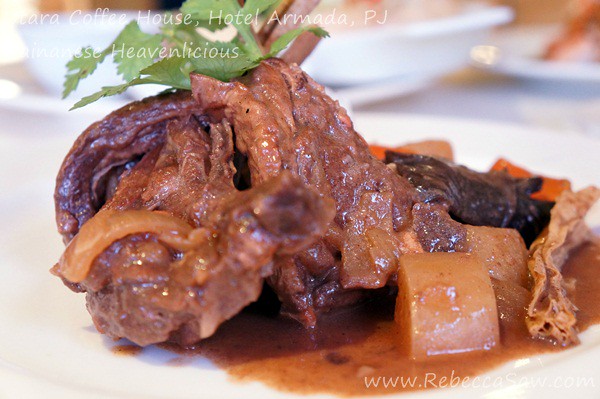 Here’s Chef’s Fried Hailam Mee (RM20++), cooked over slow fire for the best of flavor and jam packed with crab meat, seafood and vegetables.This noodle dish is the Hainanese version of fried Yellow Noodles.
Frankly, I find it a bit too salty and the gravy a bit weird. 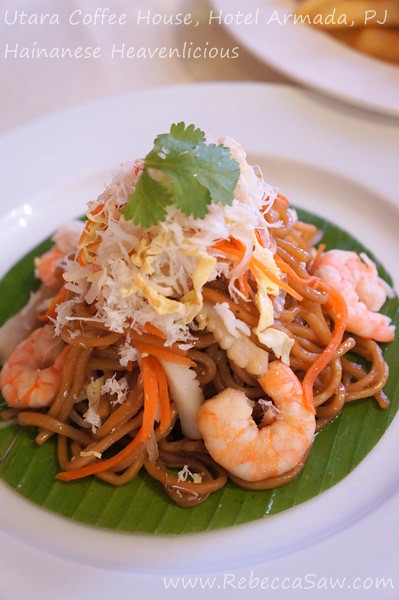 Freshly baked Hainanese Chicken Pie (RM20++) made it’s way to our table before we finished everything off with a very old-school dessert. 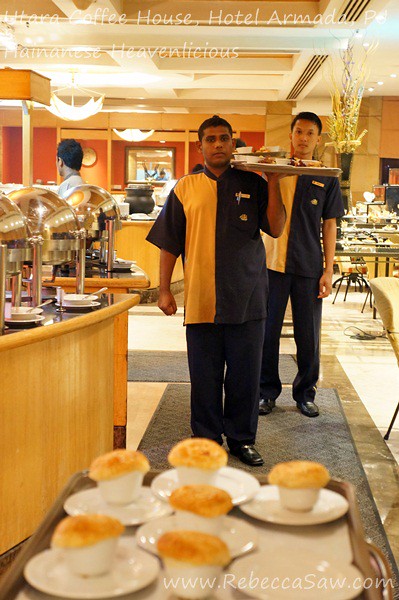 The pie was hearty, again a lovely stew-ful mix of chicken meat, potatoes, carrots onions & crispy pastry. I recommend tearing & dunking the pastry into the stew; letting it soak in the flavours & slurping it up in mouthfuls! Remember to have the napkin on standby! :DD 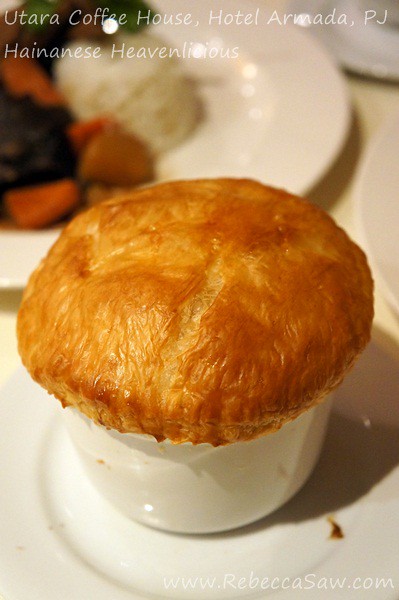 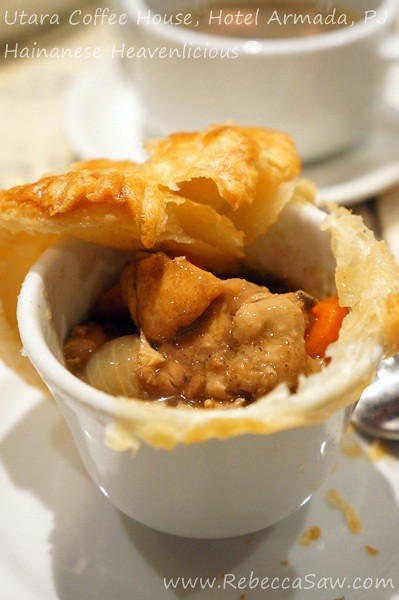 And does anyone remember this? 🙂
This dinner was a trip down the nolstagia lane. Of old favourites forgotten in this fusioned, modernised culture we are in. 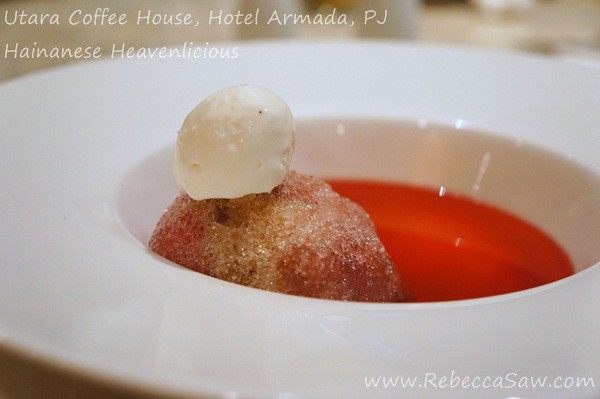 Everything (except the dessert) is available ala carte from11am-11pm, daily at Utara Coffee House, Hotel Armada Petaling Jaya. 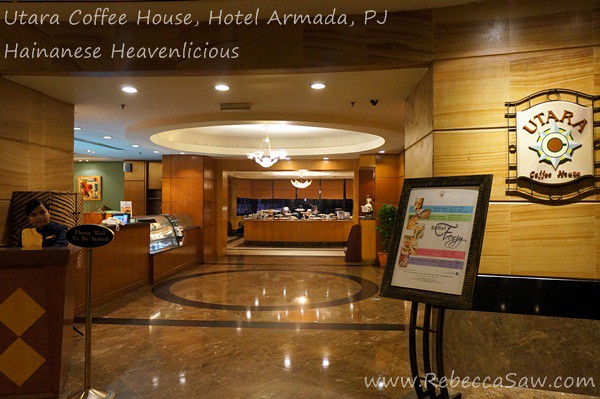 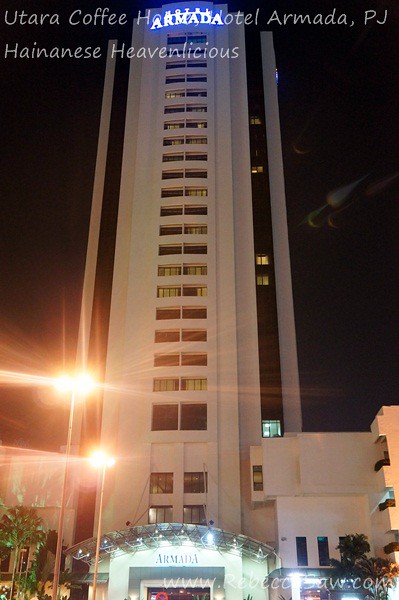