Firefly launched their inaugural flight to Kuantan few days back and I hopped on board their ATR72-500 aircraft, the one that is being used for the Subang – Kuantan and Singapore – Kuantan route and for 3 days 2 nights, I was again a tourist in my own country, soaking up the sights and culture of Pahang and eating my way through  a multitude of cuisine unfamiliar before.

Starting with some food posts (what else do you expect from me??

); I have shared about the Royal Pudding; a dessert which was specially served to the Royalties of Pahang back then.

Now I’m going to share on yet another Pahang specialty; this time of the savoury kind, called the Murtabak Mengkasar. 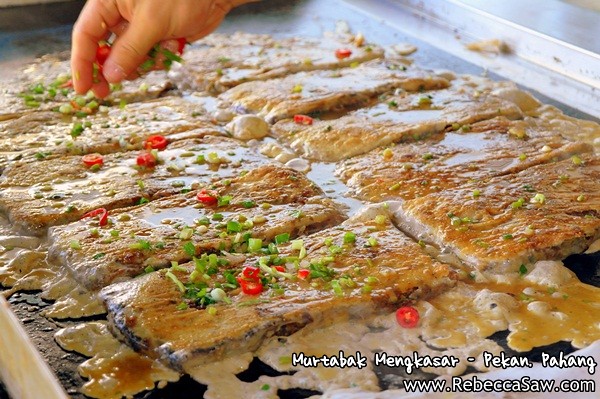 Featuring extra-large murtabak with multi-layers of minced meat + eggs; Murtabak Mengkasar comes in 2 options (chicken/beef) and 2 sizes – ordinary murtabak for RM6 and RM8 for the special murtabak that are shareable up to four people.

Honestly though, I could devour an entire special murtabak by myself! It’s not that big a portion really…or I’m just a glutton. 🙂 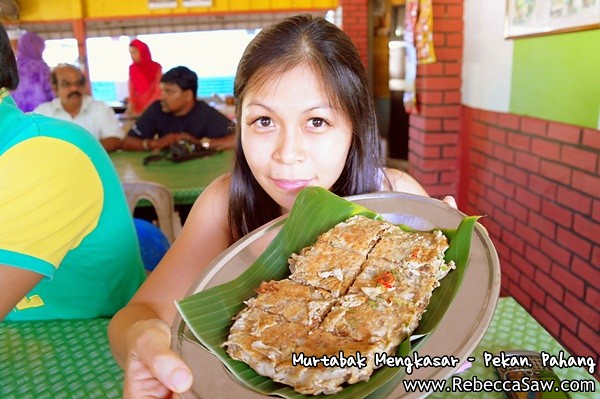 Current owner Ahmad Tajuddin Abdul Hamid, aged 66, has been selling this for 33 years, following the original recipe bequeathed from a friend’s father-in-law, during the 1970’s. 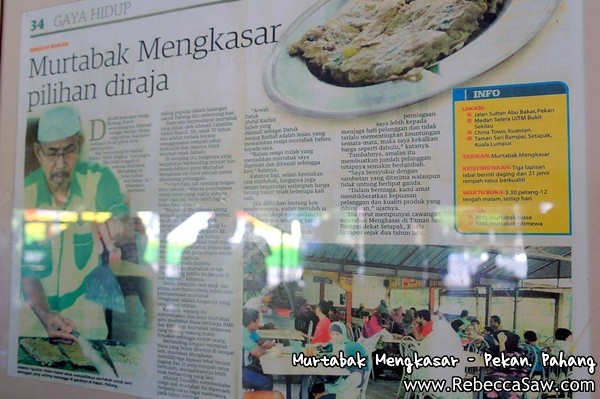 The recipe remains unchanged til today, as attested by Pak Ahmad Tajuddin (Pak Din for short) – “It’s this secret recipe that makes the murtabak that are loved by many and known so far,” he said. 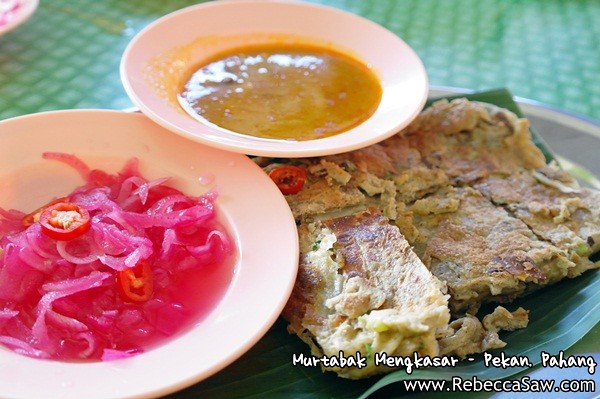 A humble stall by the roadside, it is said that a visit to Kuantan is incomplete if you haven’t sampled the Murtabak Mengkasar, just like how’s it’s a cardinal sin to visit Penang and not have Char Kuey Teow (or for the muslims, Nasi Kandar Penang). 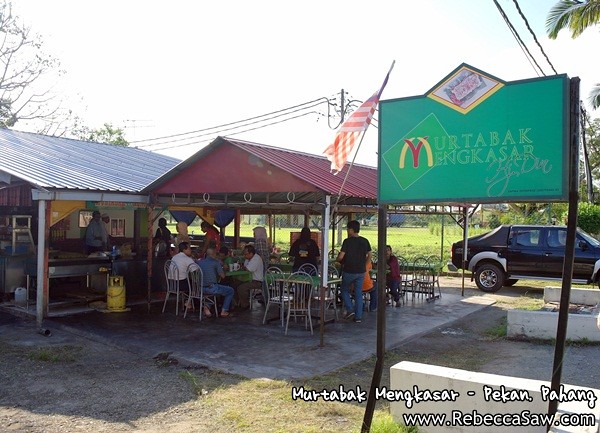 Other the other hand, it is just as hugely popular with the locals.
Pak Din’s Murtabak Mengkasar is a staple order at functions, and sales are especially brisk during the fasting month of Ramadan . Even our current Prime Minister, Datuk Seri Najib Tun Razak has shown preference for Pak Din’s Murtabak Mengkasar and would drop in for his fix whenever he’s in Pekan, Pak Din said.

In addition, he said the Sultan of Pahang, Sultan Ahmad Shah also likes his murtabak and it is always served at his royal events. 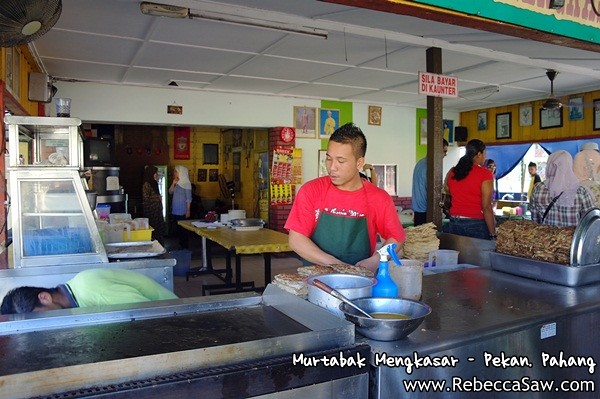 What makes the Murtabak Mengkasar so special though? 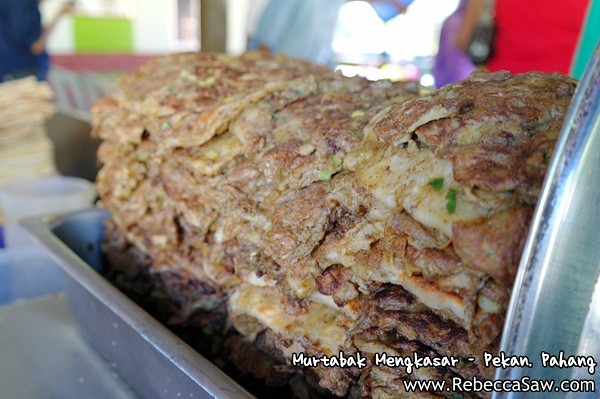 It is basically because of the special combination of minced meat, eggs and spices that gives it that aroma and distinctive taste. Pak Din prepared the special concoction of spices at home and all his staff is trained for months before they are qualified to prepare the murtabak for his customers. They has to ensure that the filling is sufficient and the murtabak is not too oily. 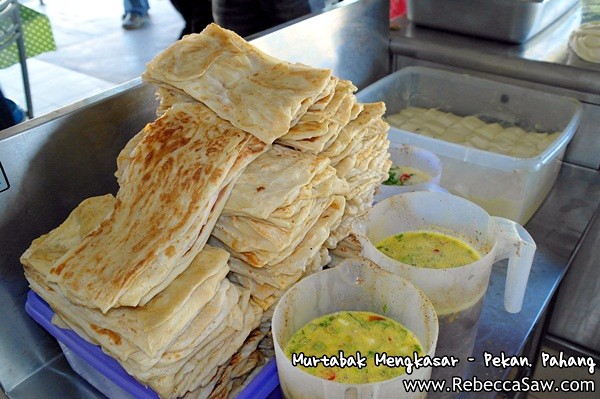 So multiple layers of filling, pastry (roti canai) and layers of eggs cooked and wrapped a few times over makes up one Murtabak Mengkasar. 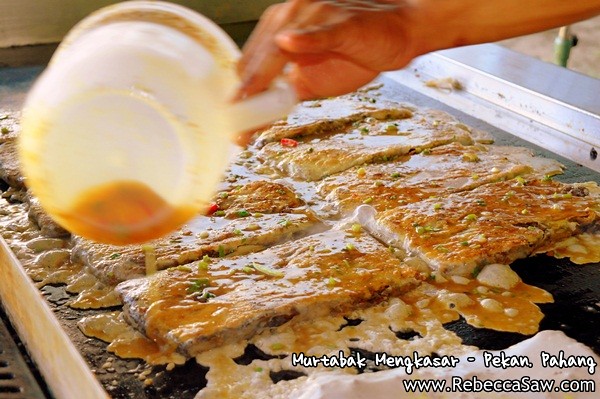 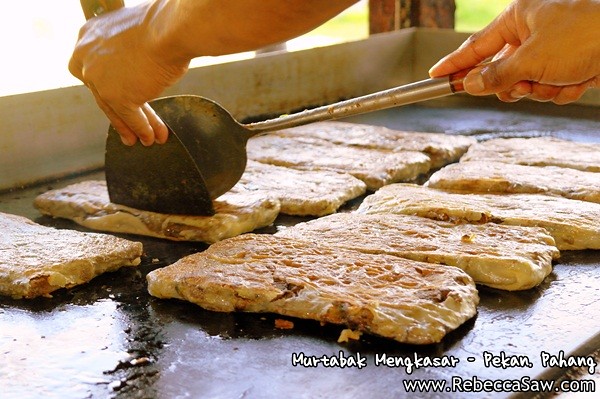 All the ingredients are prepared by hand, including the pickled onions, which are cut from fresh onions before they are soaked in vinegar. 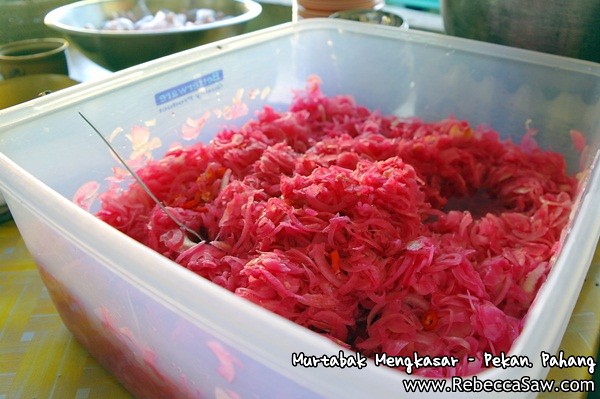 My verdict?
Yes it is something different and unique to Kuantan. Though I wouldn’t drive all the way to Pekan, Kuantan for Murtabak Mengkasar, I would agree that a visit to Kuantan should include a stopover here.

For those who are wondering how Murtabak Mengkasar differs from the ordinary Murtabak we have in Penang or our KL mamak shops, the answer is simple. Pak Din uses his own blend of spices in the mixture of the egg+meat and hence the distinctive taste which is uniquely Murtabak Mengkasar. 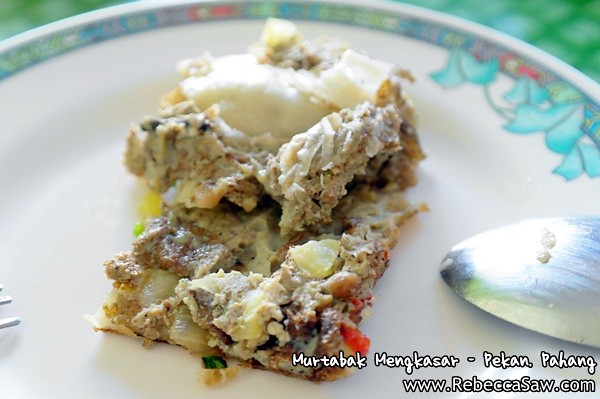 Sales of the murtabak averages about 300 pieces a day and hits about 500 pieces daily during the Ramadan month. However Pak Din insisted that profit has not doubled though the number of customers has increased steadily. His business approach is to keep customers satisfied and he’s not focused on just profit alone, thus he has maintained the price as before even though retail prices of goods have increased several times over the years.
“I place great emphasis on customer satisfaction and quality products,” Pak Din has said. 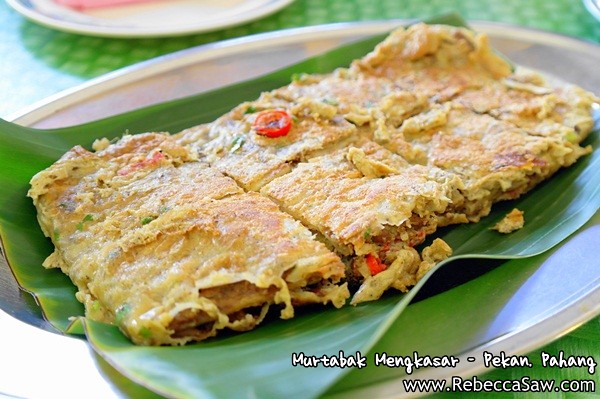 Below: Framed articles of Murtabak Mengkasar in the media space. 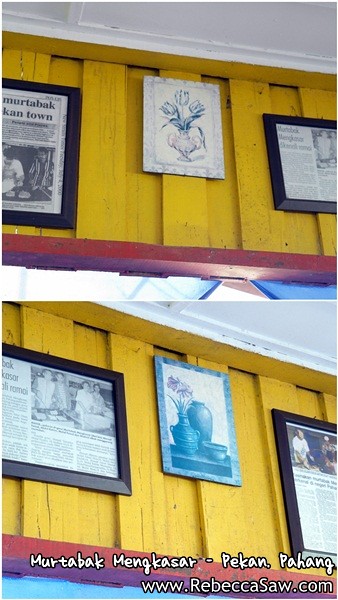 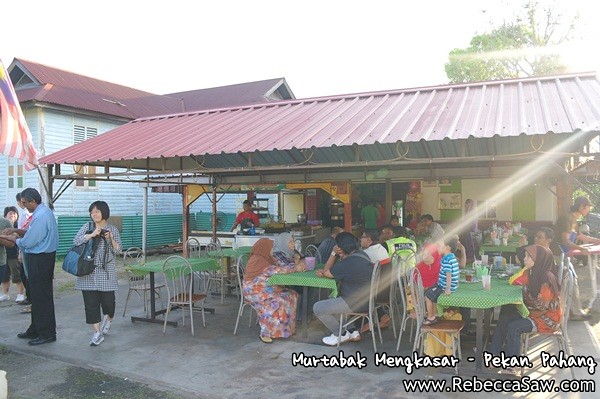 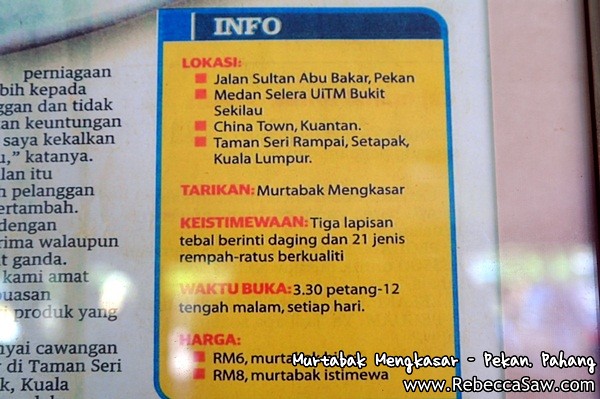 And yes, for those of you who wants to sample Murtabak Mengkasar but are unable to make a trip to Kuantan anytime soon, here’s the address to the KL branch!

Thanks to Firefly Airlines for the opportunity to visit Kuantan (this is my first time to Kuantan, Pahang!) and your kind hospitality in hosting us! 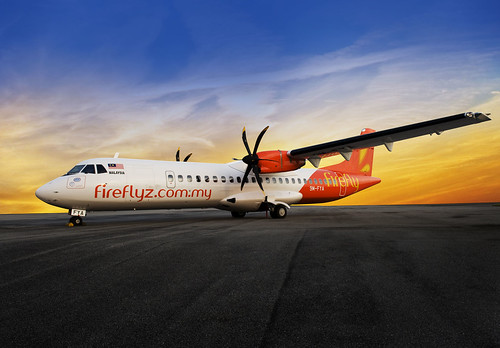