Contrary to what some may think, leaving my job wasn’t an easy decision. I wasn’t exactly rejoicing in triumph. I left with a heavy heart.
But I walked out knowing I have done my best, and accepted that there are times when one has to admit defeat & this is one of them. Some things are just not within my field or control to change.

Anyhow, when things gets low, desserts are the way to go. (Eh, it rhythms!!

)
I have heard of how Empire Shopping Gallery has become THE place for desserts, which is true, considering the amount of eateries here that specialised in sweets & pretty pastries.

This time round I decided to check out The Vanilla Place. 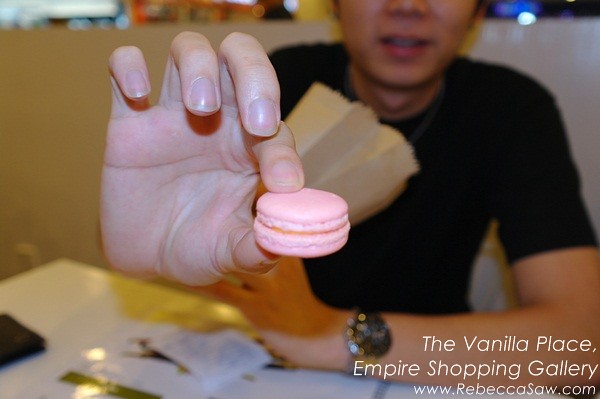 Macarons are the craze these days & The Vanilla Place offers the options of cute, pocket -friendly one at a mere RM1.50. 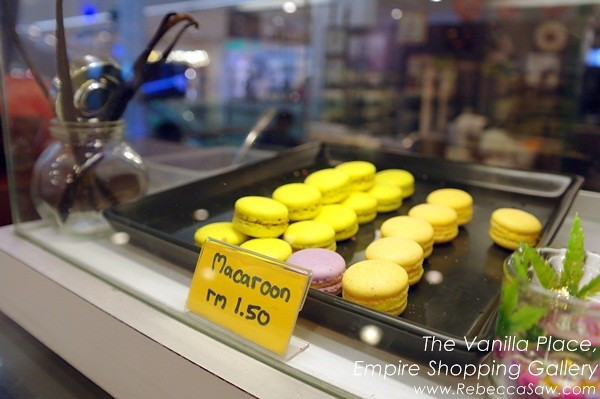 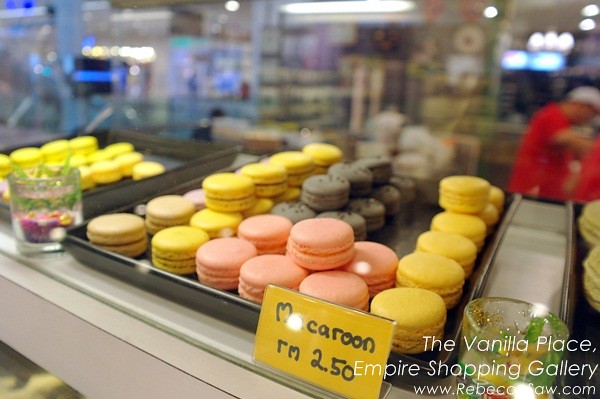 Even the big ones like these are priced at only RM4.50! 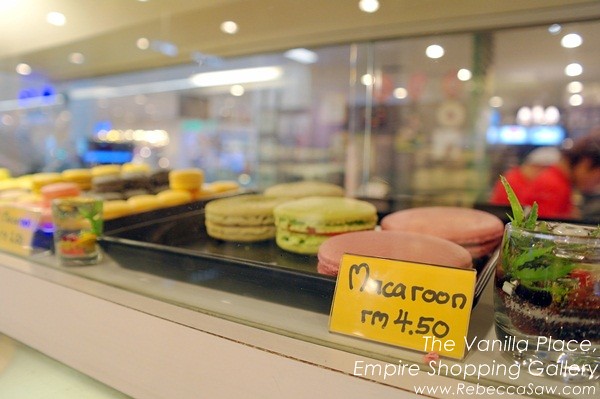 Tastewise? Well, I’m not a fan of macarons but my friend said it was alright. It looked the part though; the skirtings at the side, smooth domed top & ruffled circumference. 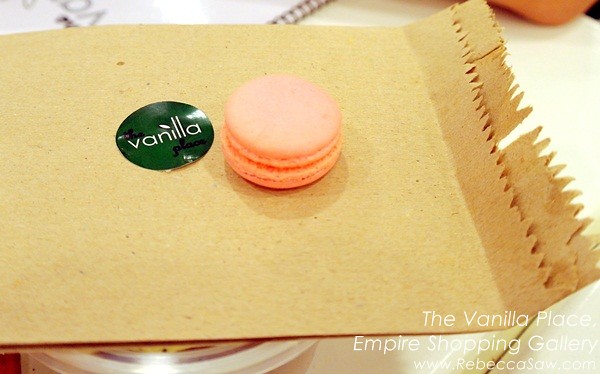 I was more interested in the actual cakes, and my Carrot Cake, RM8.80+ was a nice-sized portion for the price. There was plenty of carrots & walnuts, with a hint of cinnamon (but not much to the point it was overpowering) & moist enough to recommend. 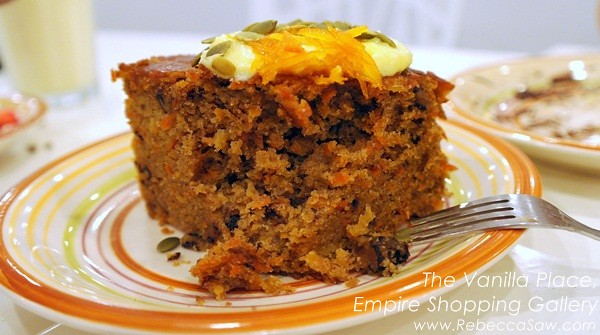 Another comfort food that works for me is milkshakes, and my Strawberry milkshake (RM9.80+) was light & frothy, in contrast with the usual thick & creamy ones we get here, but I’m not complaining, as I do like mine not too cloyingly rich. The other milkshake – the Passionfruit, however received less than stellar reviews from its owner, who said it tasted “weird” to him; whatever that means. In the first place, I thought passionfruit & milk wasn’t a good match anyways. 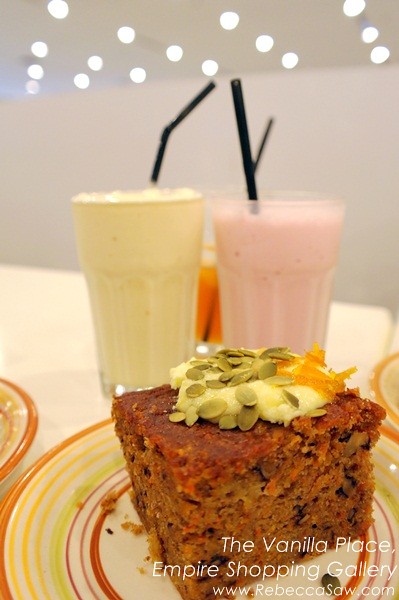 It’s good to have happy-go-lucky friends, such as this one who ordered the Pavlova, (RM8.80+). He was kept amused with our stories & misadventures with a certain individual, & threw in a bit of his well-meaning but useless advice every now & then.
Men, one should never rely on them for comforting words or emotional support. 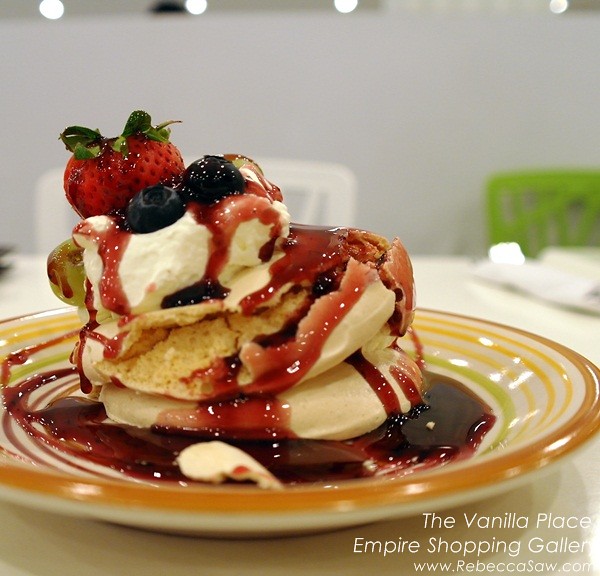 Thankfully his choice of dessert was much better than his words of advice, for this Pav was delightful enough; light, non-overly saccharine sweet meringue with lovely fresh cream. 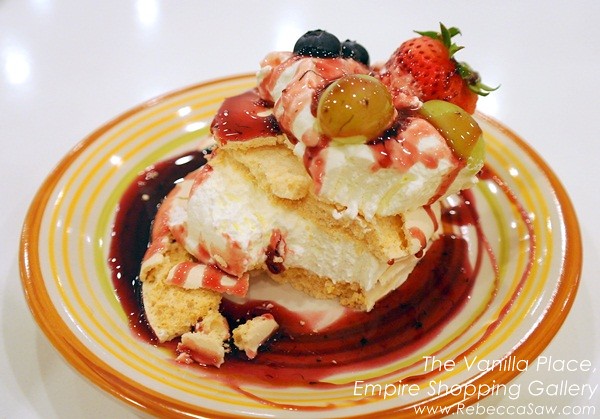 Another female friend gorged on Coffee Cheesecake (RM8.80+), another passable cake here. The texture wasn’t too dense (unlike someone we were gossiping about) & the faint flavour of coffee came from the coffee infused sponge embedded within the cake. 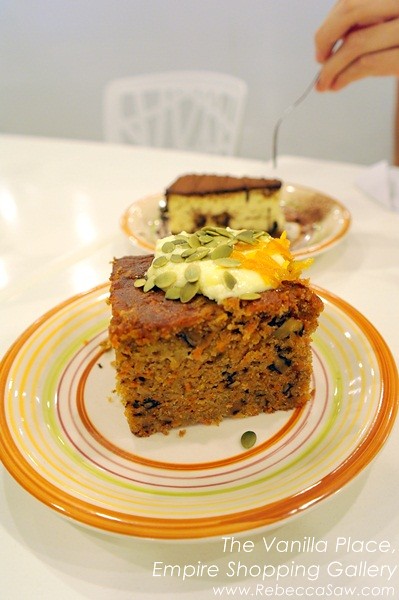 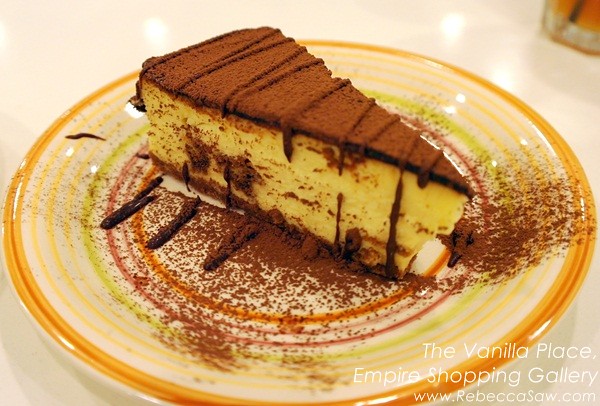 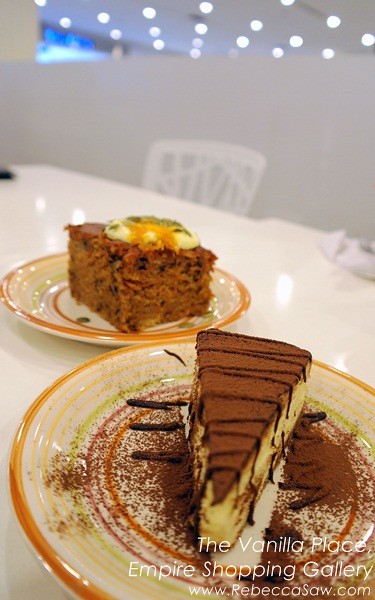 Emotions were slightly elevated after some desserts, and we walked away pleased enough; having had a good session of friendship & laughter. 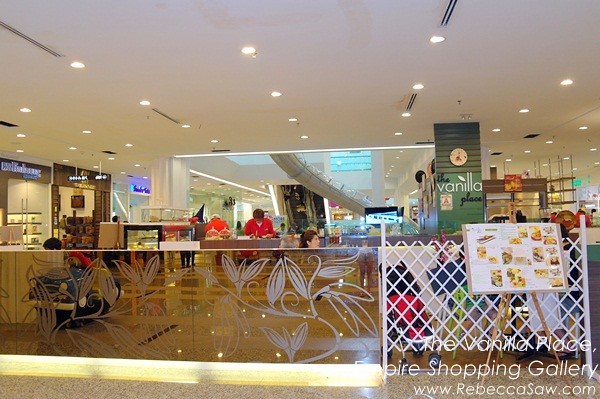 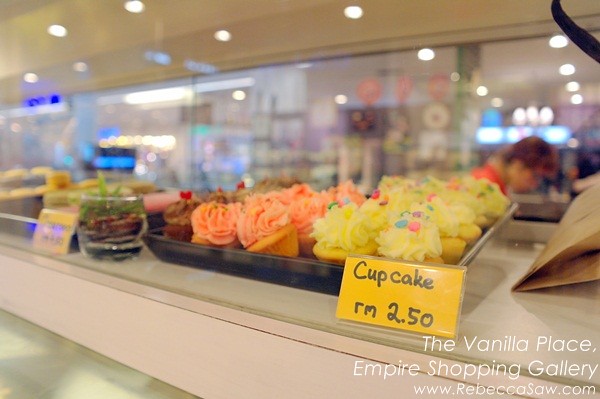 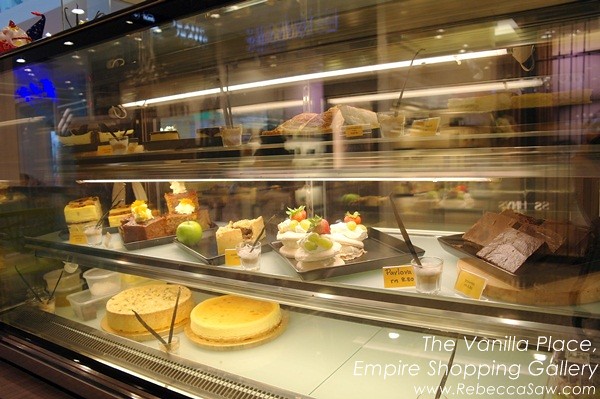 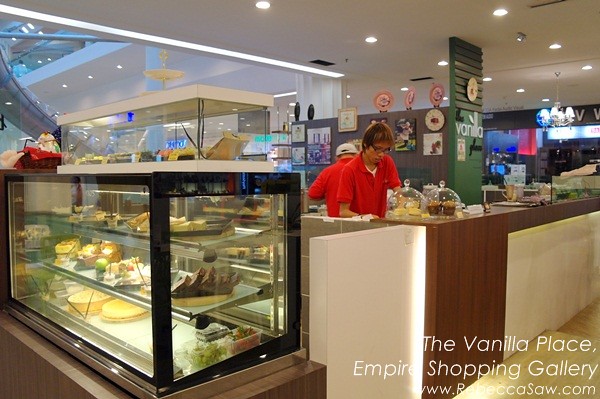 Conclusion:
Desserts were overall good. Prices are definitely reasonable. I would be back for their savoury mains.
Total RM52.80
10% tax – RM58.10.