You would probably have noticed by now I have been a few times too many to The Pool, KL. This wasn’t necessary by choice, as this place is KL’s  newest nightspot along Jalan Ampang. Yes, I refute all accusations of being a party animal. 😛 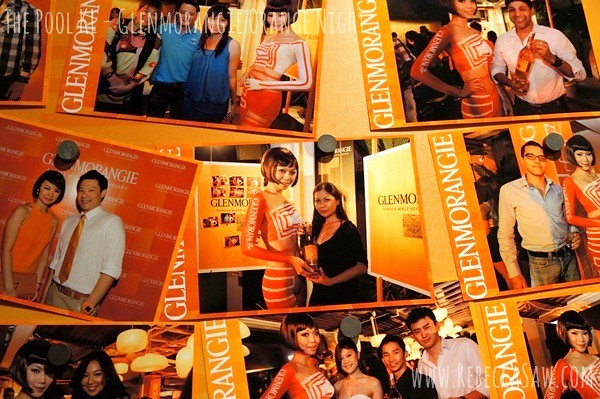 For the Orange Retro Funk Glenmorangie party last week,  The Pool, KL was bathed in vibrant hues of vermillion, giving the place an edgy but funky look. 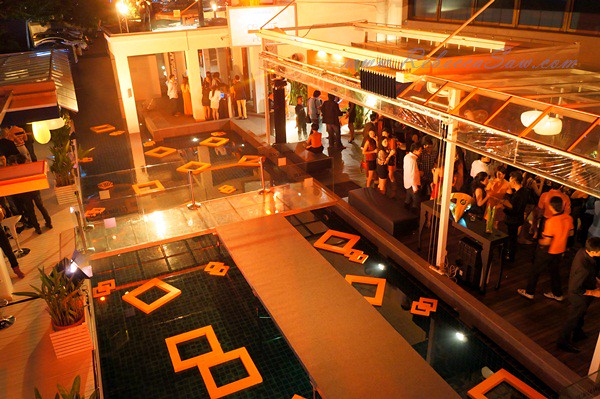 I liked seeing the fit models in creatively sprayed orange body paint and matching costumes that night; a pleasant sight from the usual risqué costumes worn during alcohol themed events like this. The costume this time round was more fun and edgy no? 😀 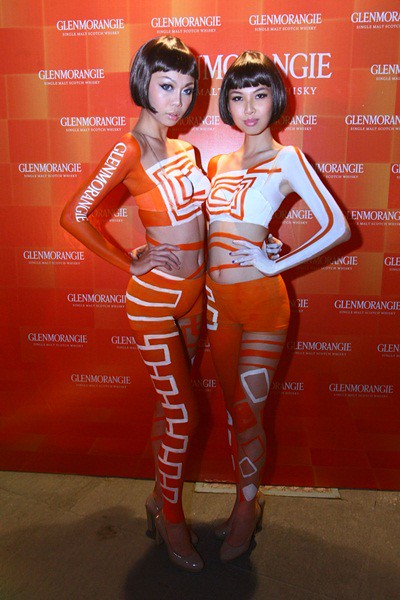 The highlight of the night was the single malt whisky of course, which was given an added cheery zest with the orange rinds. Single malt has just become more hip to drink! 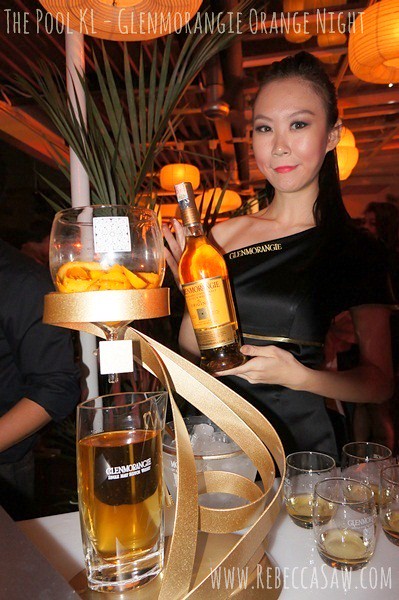 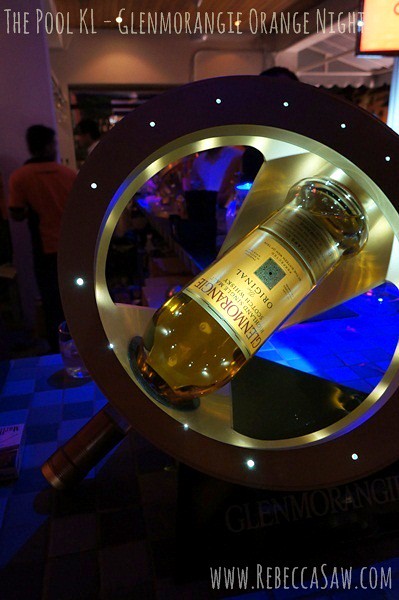 There’s no party without beautiful people. Starting with the ladies of MHD, Suki and Karen, both suitably radiant in orange. 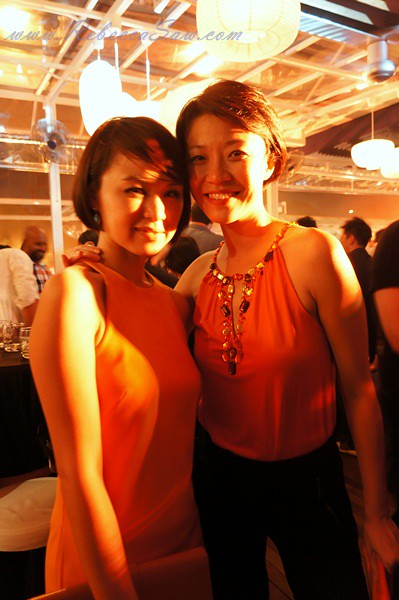 And Dax, owner of The Pool and Will Quah, the ever sauve host/emcee. 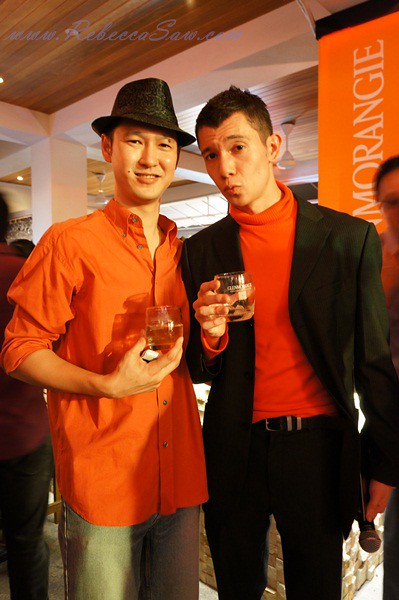 And hot chicks that were shortlisted for Best Dressed Female that night. 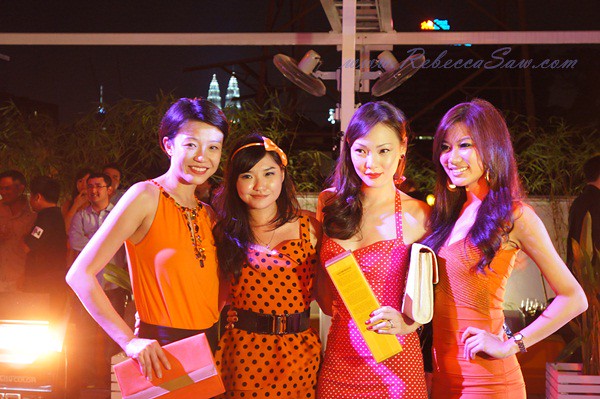 Kuah Jenhan winning Best Dressed Male, with Karen Ong of MHD & Will Quah. There wasn’t much competition really. Come on guys, where are all the metrosexual males! Geez! 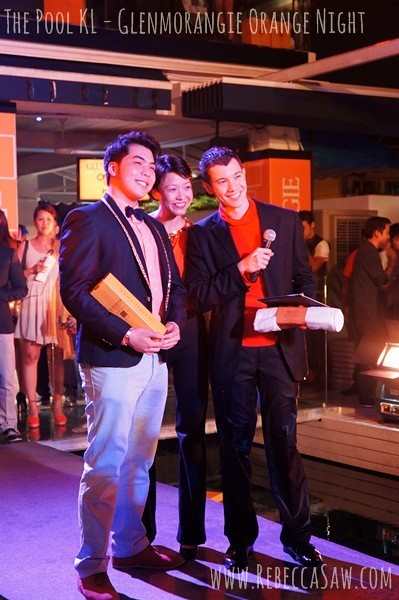 And more beautiful people on the polaroid wall of Glenmorangie. 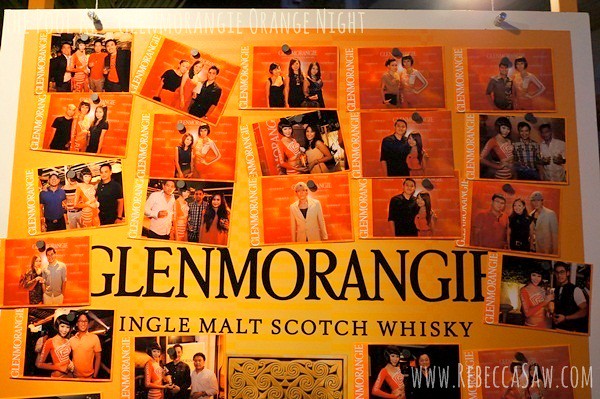 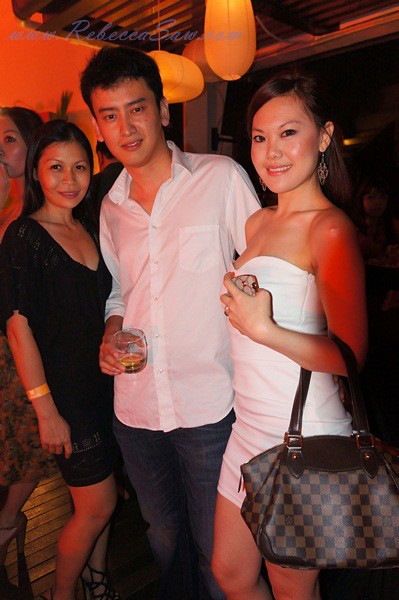 Go take a spin on the Glenmorangie “Spin The Bottle” App while you’re at it too! 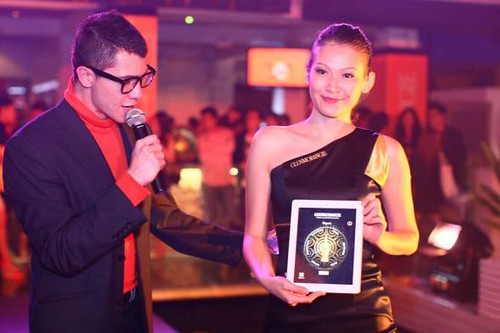 From 11 April to 1 May 2012, Glenmorangie’s SOUNDFORM Fluid bar will be showcased in the North Atrium of The Gardens Mall, Mid Valley City.
Whether you are a single malt aficionado, a fan of contemporary design, or just plain curious, be sure to head to The Gardens to catch the SOUNDFORM Fluid, which is a striking yet sculpturally functional illustration of Glenmorangie’s ‘Unnecessarily Well Made’ concept.