The “Wizarding World of Harry Potter” theme park at Universal Studios Japan is the only one in Asia and second in the world after Orlando, Florida.
And guess what? I was there! Harry fans in Japan and around Asia can now experience a physical incarnation that is unerringly close to what they have read and watched in movies.
Though I’m not a die-hard -fan of Harry Potter, I’ve enjoyed my stints with Harry on this trip, albeit a Japanese speaking one.
Yes, all key characters in Universal Studio Japan communicate in Japanese, including Spiderman, Hello Kitty and the minions.
However I didn’t let that dampen my spirits, in fact the whole experience is so surreal you won’t be affected by the language!

BELOW: Enter and walk through the path towards the entrance way of Hogsmeade. Around you the theme music begins…. I’ve had “experienced” the Harry Potter world during the “Harry Potter: The Exhibition at Singapore’s ArtScience Museum at Marina Bay Sands“. You can read about that HERE.
But this was astoundingly THE Harry Potter experience for any Harry fan. The entire area was designed in remarkable detail and on an impressive scale.

Hogwarts Castle loomed majestically ahead, while Hogsmead, the village where the Wizards reside is buzzing with activity and a feast for the eyes with all the shops, attractions & landmarks that all Harry’s fans are more than familiar with.

The rest of the Universal Studio theme park is alike being on a man-made studio set but Hogsmeade feels like an actual working town with a life sized Hogwarts. From the cobblestone roads to the slanted buildings designed in exact detail (color, size, age and texture) this place will completely immerse you.

The famed scarlet Hogwarts Express steam engine is on display at Hogsmeade Station, ideal for photography. Heck, every nook and corner here is! Standing on a steep Ricky mountain is Hogwarts Castle, with its imposing and magnificent appearance.
Inside you’ll explore the classrooms & corridors of Hogwarts School of Witchcraft & Wizardry, including Dumbledore’s office.

The Harry Potter and the Forbidden Journey is labeled the worlds best attraction for a good reason and after experiencing it myself, even a non-hardcore fan would attest to you that the queue and wait is worth it!

No photography where allowed inside the Hogwarts Castle so you would have to experience it yourself to know how it is like.
Yes, I’m sorry but I have no photos to share!

However, I’ll assure you with all my heart it would be worth your money, time and effort to queue up for it if you are a HP fan, for like I’ve said if a non-hardcore fan like myself was pretty taken by it!

The Harry Potter 4D ride is a MUST, no ifs about it. If you have to queue, QUEUE!

The ride is known as the best ride in the world for a reason, and I can attest that it wasn’t false claims.
If I have another chance to get on that ride again, I’ll have no qualms of experiencing it all over again. The ride was approximately 15 minutes.
The seat are 4 x 4, side facing rather than the usual front facing.
I was slightly piqued at this arrangement but when we went “into the ride”you wouldn’t feel the odd seating arrangement at all.
Instead you enter the magical and dark realm of Harry Potter and you would be swept off by it. Nothing will come into your mind as you enter and become a part of that world.

Special effects such as fire (heat), water (spray of liquid) and cold were felt as we flew from one area to another; all the while dodging bad characters and catastrophes.
Harry whizzed past us once in a while; shouting out warnings of dangers, other times greeting us in exuberance to his homeland.

The feeling is remarkably REAL! You are officially in the authentically real world of Harry Potter, just as if we were on the movie set of the movie.
The temperature, lighting, distance, buildings, characters and height were never at any one time “fake”. The speed of the ride was fast and furious and it switched you from one “scene” to another so fast that you barely had time to recollect your wits before you find yourself facing another scenario with another character from the movie/story. After the mind-blowing experience, we stumbled out to have a mug of Butterbeer!

Butter beer is a popular drink in the Harry Potter Wizarding world.
This is a sweet, non-alcoholic & refreshing drink. It tasted like fizzy rootbeer soda with melted ice cream on top (hence the butter element).
I can see its appeal; a lovely drink to chug down after hours of walking & playing in Universal Studios Japan with a splendid view of the Hogwarts Castle over the lake in the background.
Hmmm! Now I’m over gushing about Harry Potter, let me gush on next about the “The Amazing Adventure of Spider-Man – The Ride 4K3D”.
Similarly to the impressive 4D technology of Harry Potter, the Amazing Spiderman takes you into his world incorporating 3-D footage, virtual reality and simulator technology. As usual no photography was allowed so this was as far as I went to show you what to expect here; you will have to wear one of these glasses.

I managed to bag a front row seat, and had most fun since I got to be face to face with some of the villains when they came “visiting” to our car.
Some reached out at us, some breathed fire and other swung weapons threatening to destroy us, but we were always “saved” or avoided calamity in the nick of time.
We whizzed past, often tilting, falling and rotating as we went from one scene to another, not knowing what’s next but exhilarated like anything!

And it was EXTREMELY REAL.
This is an incredibly sophisticated attraction and it blurs the line between virtual and reality so effectively that you’ll emerge slack-jawed and awe-struck.

Now the only grouse I may have here is that we could possibly had enjoyed the rides more if the whole role acting was communicated in English.
Yes, this is in Japan and all the characters in the rides (Spidey and Harry ) were speaking in Japanese.
I couldn’t comprehend a word, but just enjoyed the ride as it is.
Still it would be nice if I knew what that villain or Harry or Spidey was bellowing to us at some points. LOL!

Once you are out of the ride, you will past the souvenir shop where you can, well, shop for Spidey stuff! The next ride I’m going to describe is the “Hollywood Dream”.

This is a truly entertaining and fun ride!
The expected thrills of a height defying, high speed ride was all in the works, but the “ ride”  threw in music (you have the choice of 5 songs) to the mix. Upon seated, select the song you want and just as the car rolled away from its parking spot, the music blared from the speakers at the side of your head.
The volume is just nice for your ears, and would not affect your neighbours’ for they too, have their individual songs which they have selected.

So sing, scream, cry all you want as the ride goes 3 times descending from a 90 degree angle and swipe corners at almost 100km/hour, all the while feeling like you are going to be thrown off your seat anytime as the wonderful crisp autumn air of Japan tousle your hair and whizz past your ears.
Sudden movements, rapid acceleration, abrupt falls, sudden upturns, wild turns and abrupt stops; this ride has it all!

I shall reiterate; if you have to queue for this, QUEUE anyways!

We did the Elmo ride as well, which was popular with kids for a reason.

It was mild and short. Perfect for those who may find the other rides too harrowing for their senses. At the Hello Kitty lair, Hello Kitty was present to greet us and we managed to take some photos with her.
BELOW: Entrance to the “Hello Kitty Ribbon Collection. The house of Hello Kitty is well, pink and decorated with all things girly.
The props are fun for photography and obviously to hardcore fans a delightful wonderland.

Now there are many other attractions that we explored that day but I’ll leave that for another post!
(Post updated here –> Universal Studios Osaka – Cosplay costume party, Parade de Carnivale, Minion Fever!)

Thank you Air Asia X and Universal Studios Japan for this opportunity!
Air Asia flies to Osaka on every Monday, Wednesday, Thursday, Friday and Saturday. Universal Studios Japan is located in the city of Osaka and can be accessed by train. The nearest station is JR Universal City.
visit the official website for more info. Tickets from 6,980 yen per adult, 4,880 yen per child (ages 4-11)

Last but not least, I have a Butterbeer mug to give away! Yes, it is the original mug from Universal Studios Osaka.

How to win:
1. Answer this question: Which airline did I take to Japan for THIS trip?
2. Just say “My fav Harry Potter character is…XXXX ”

Winner will be determined by a random draw so good luck! 😀 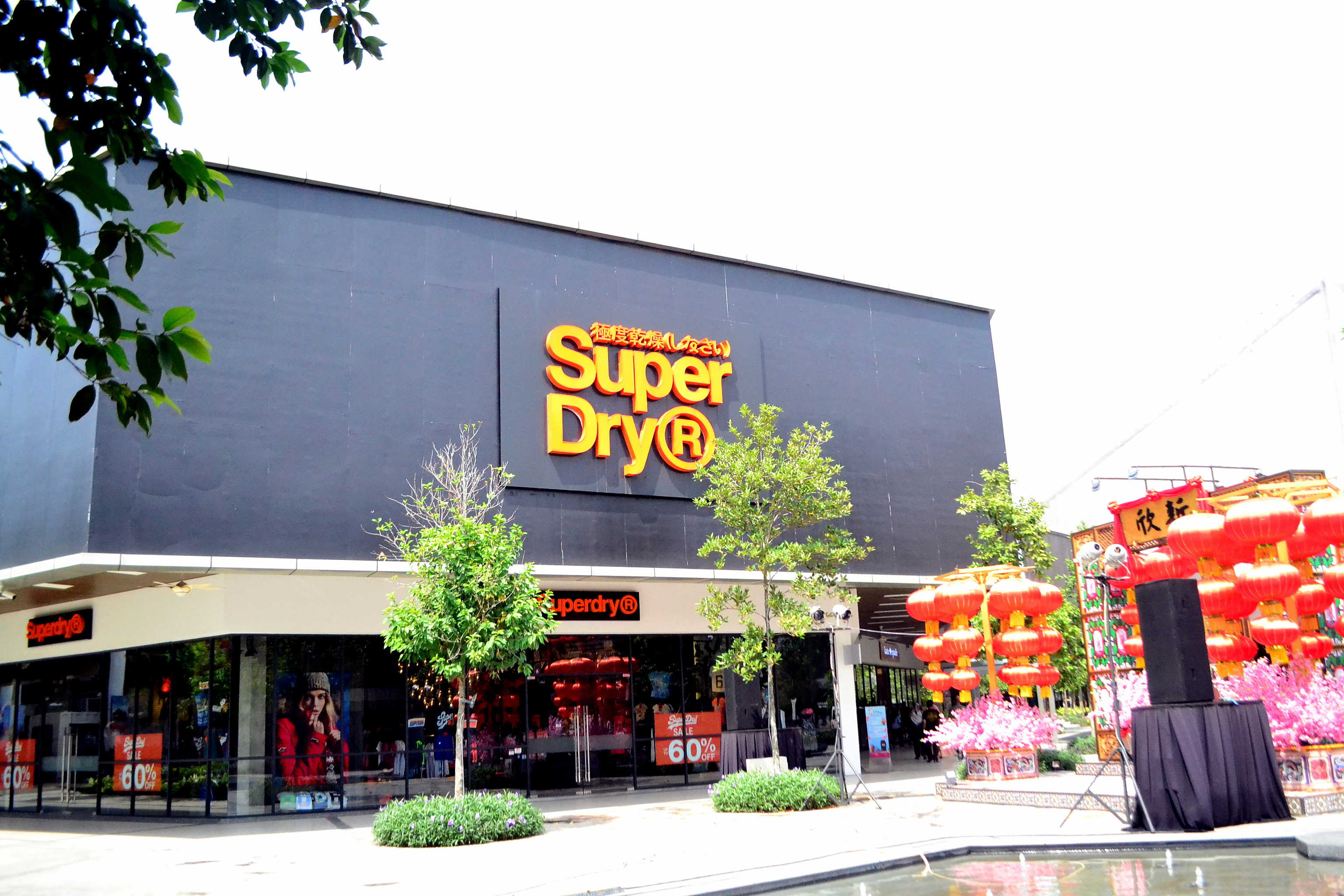 Did you hear about the brand new travel tool, now available in Malaysia (and also sold internationally)? It’s the ultimate baggage compression device perfect for