Remember the shoutout I did for first ever Celebrity Fitness Indoor Fitathlon?
Well I know a few friends that are really fit so I tagged them on my FB and one of them; Ariff actually applied for it! 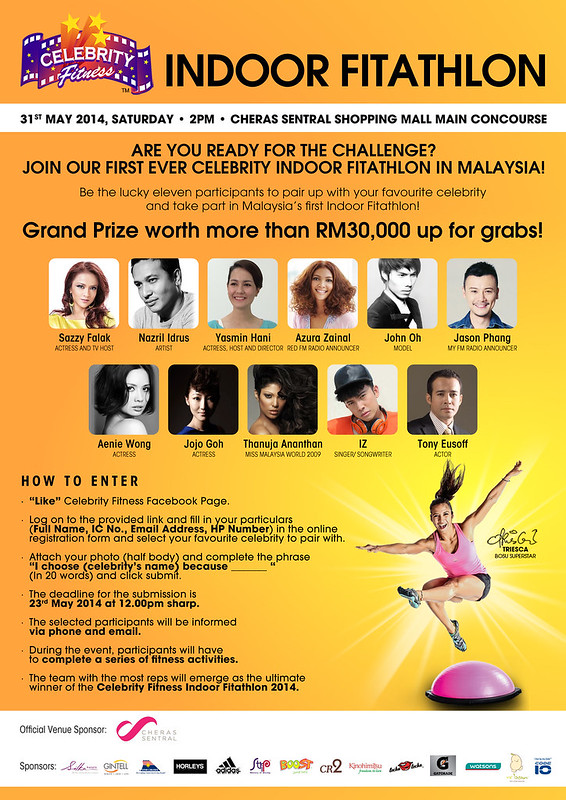 I’m so happy that he did and I was really confident that he will win.
Well, he did. Second runner up! 😀 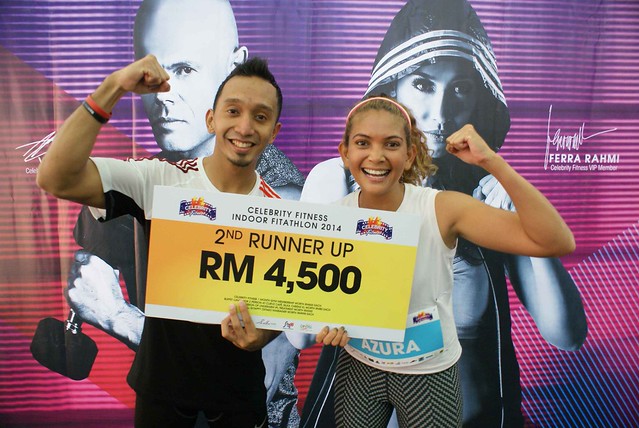 His celebrity partner was Azura Zainal. He rationale for not selecting a guy as his partner was because buff guys =heavy = less endurance. He chose to pick those who are lean. And after “much research” he chose Azura.

During the competition, all 11 pairs were put through 3 stages in the competition.
In the 1st stage, each pair had to complete 11 High Intensity Interval Training (HIIT) challenges which included the Kettlebell squat, BOSU balance and Isometric Squat Hip Shake.
The teams would then proceed to the Cardiovascular Conditioning stage, followed by the Core Conditioning stage where their stamina and body balance were put into test.

Participants had to complete 2 rounds of these stages within 30 minutes. The team that performed the most reps was crowned as the grand winner. 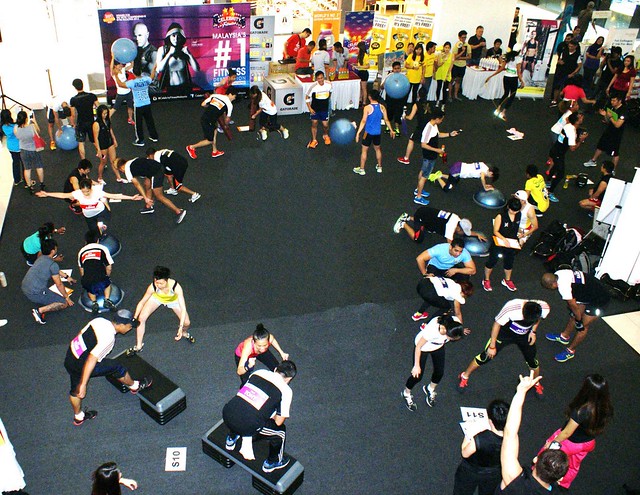 All teams gave their very best. However, there can only be 3 winning teams. 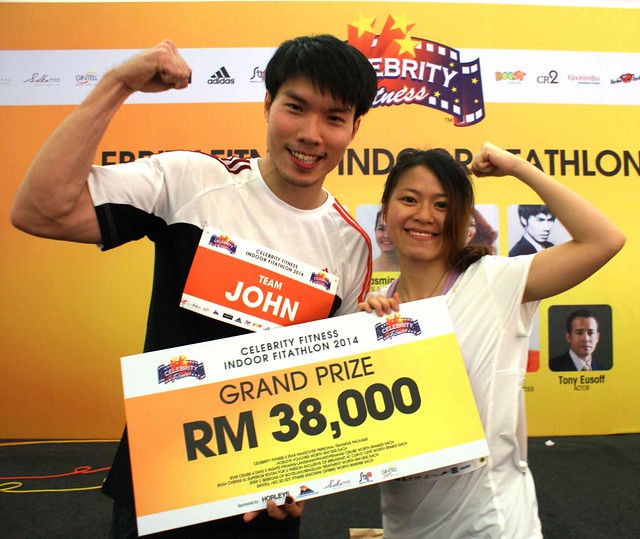 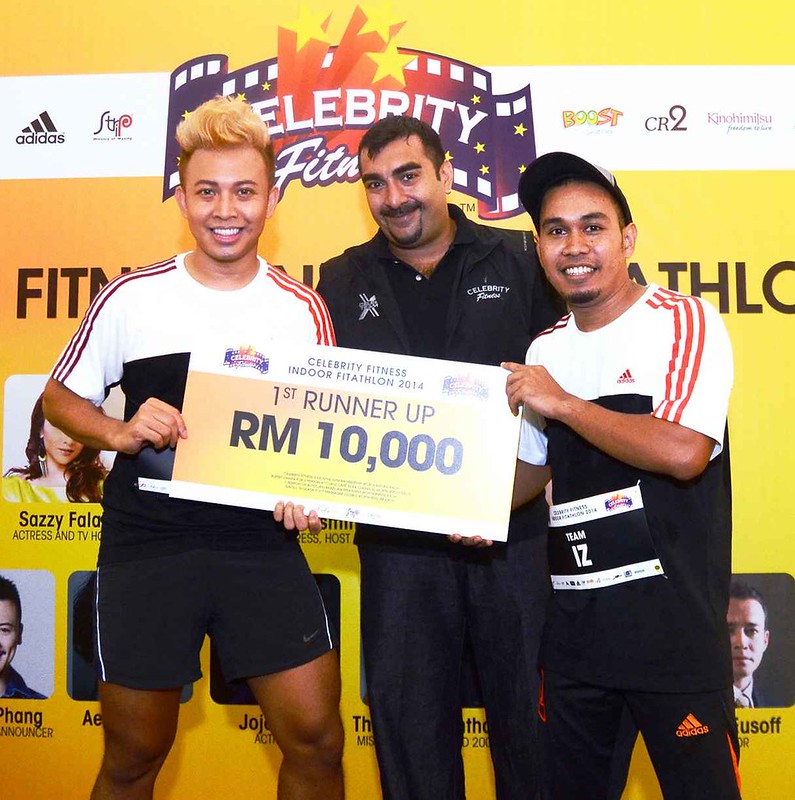 It was an intense battle with riotous cheers echoing throughout the Cheras Sentral Shopping Mall Concourse. I only wished I could take part as this is totally my kind of thing but after an intensive week in Singapore followed by Bali and then Ipoh, I was away for almost 14 days and my training schedule was kind of inconsistent.

Nonetheless I’m glad a personal friend of mine had fun and won something! 🙂

Below: 11 participants with their celebrity partners all pumped up for the first ever Celebrity Fitness, Indoor Fitathlon. 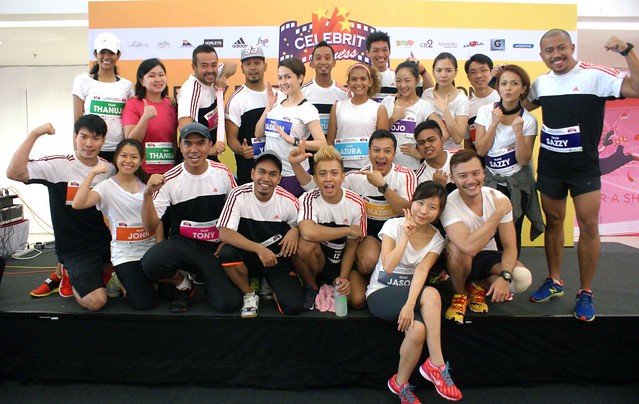 This fitathlon is in conjunction with Celebrity Fitness’s 11th anniversary and I applaud Celebrity Fitness for running this event as it is a welcome change from marathons and triathlons usually held quite often in Malaysia.