This was a post I’ve written back in 2013 and I have actually forgotten all about it.

Bee Bee Pineapple Tart came into focus again just a few weeks back when I was in Melaka in search for pineapple tarts for the upcoming 2016 Chinese New Year.
Someone suggested Bee Bee and I vaguely remembered that Bee Bee’s tarts wasn’t too bad from my last visit a few years back.
Since I couldn’t find my blogpost about it (though I was sure I did take some photos) I didn’t mind trying it again.

So this was my recent visit in mid December 2015.

The quality has dropped drastically.
This is RM15 for 17 pieces. The crust was almost burnt, dry and crumbly.
The jam was overly sweet for me as well. Anyhow I hope that it is just inconsistency and not the usual standard.

Well, at least the tarts are still handmade, baked tray by tray onsite. My unpublished review.
As you can see, I used to like it.

After sampling 7 variety of pineapple tarts bought from various shops around Jonker Street I half -decided that pineapple tarts from Melaka is just a bloody waste of time and money. Link to the comparison chart –> HERE.

Donn Donovey and Brian Moh was one the few friends of mine that recommended this Bee Bee place, but both could only give directions like “near the prison“, “one lone house” and the best part is, they don’t even remember the name of the shop!
How the heck would anyone be able to find Bee Bee’s then?

Well, I hope this post here would shed some light on this elusive “pineapple tart near the prison” outlet.
It is actually on one of the main roads in Melaka town, Jalan Parameswara and if you’ve been to Melaka often enough you would have driven past it somehow.
Only after yesterday did I realized that I have passed it many times, but never noticed its existence.

The reason is simple, it’s a non-descriptive house with no advertising aid whatsoever and it is nested within a large compound so it is not entirely from the road. 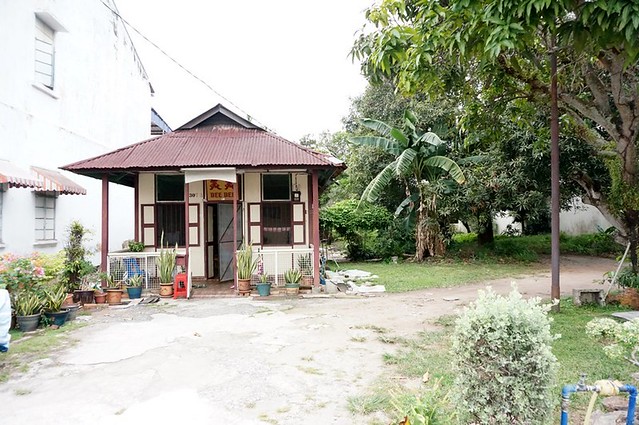 Park your vehicle on the side of the road and walk in.
As you approach the porch the unmistakeable waft of pastry baking assailed my nostrils. Yes, we are definitely at the correct place! 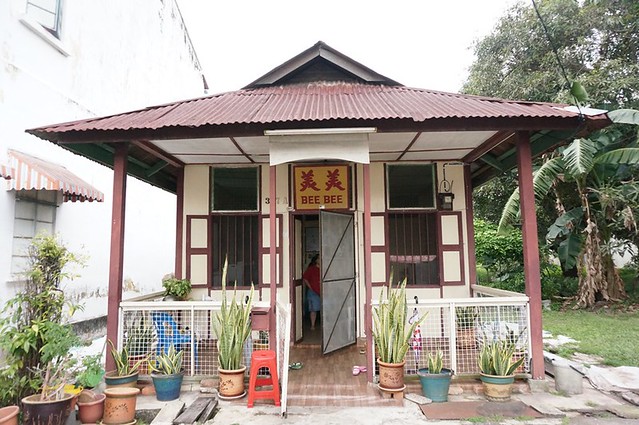 The production “factory” is small, cramped but efficient. The workers have their own “allocated space” at different corners and each worker is fully focused on her task. 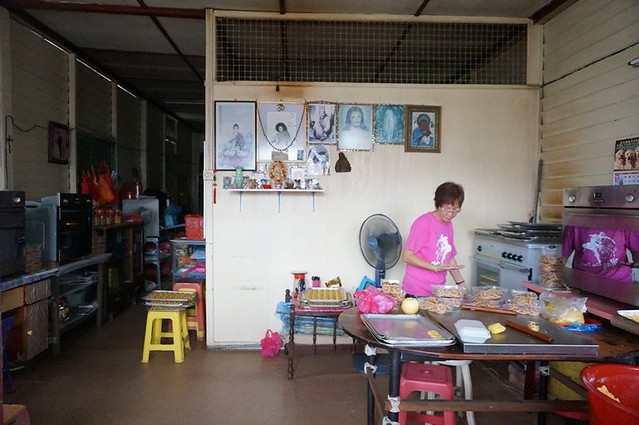 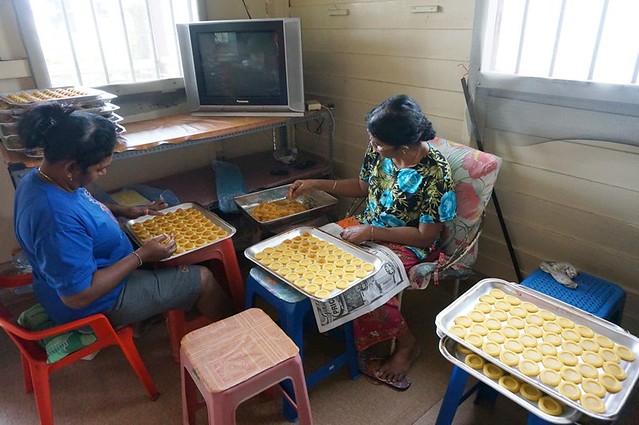 As with all chinese kuih and pastries, aesthetics are vital. Every cookie/tart is in perfect form and uniform in shape and height and colour. 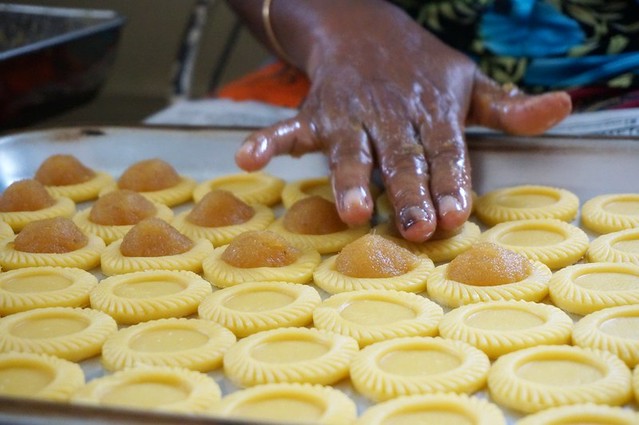 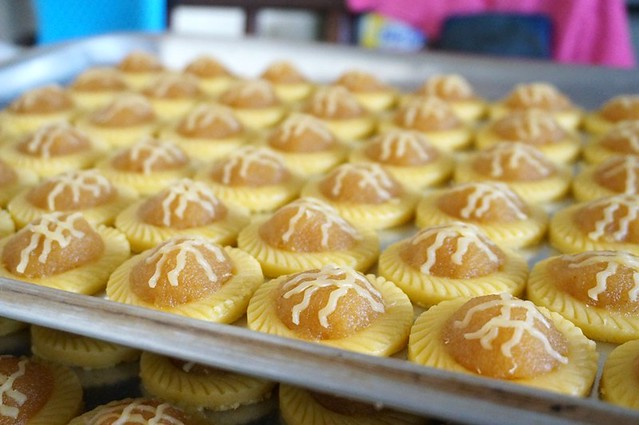 Years of practice, dedication and attention to detail was witnessed here. 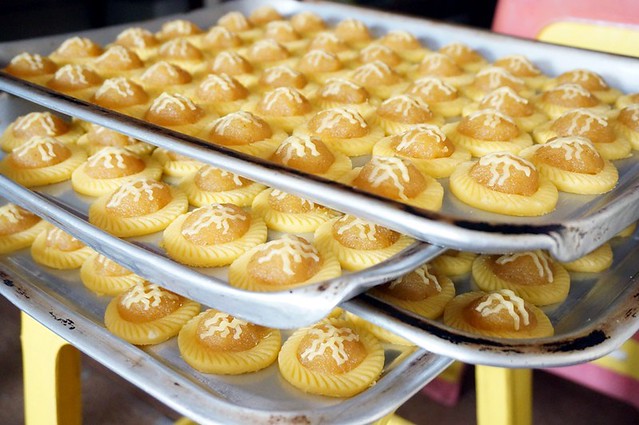 Conclusion:
As I read this post over and over again I felt a bit sad. In 2013 I’ve had drafted this article with positivity, and now I will not likely ever purchase Bee Bee’s tarts again.
Has my tastebuds changed or has the quality dropped that much?