Asus Malaysia kindly dropped me a CNY gift just a few days prior to the celebrations. 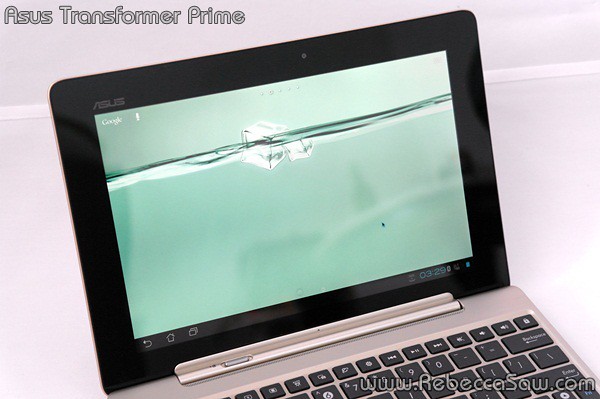 It was launched just a week back and I was the only blogger to get a review unit so far. I shared this awesome opportunity with Vernon (who did a video here) and my good techie friend Kelvin (@l0rDKadaj).
I found out soon enough why everyone (ok, almost everyone I know at least) looked forward to the launch of the Asus Transformer Prime. It is primarily the world’s first tablet with Quad-Core Processor.

Oh, don’t worry. I’m not about to spurt tech jargons here. Let’s just say it means that the processor is very very fast. And “Quad” representing “four of something”.
So basically, if you read on any other specifications of other tablets in the market, you will come across the terms “single core” or “dual core”. The Transformer Prime’s processing speed is 4X faster, which of course translates to smoother browsing, better multi-tasking capabilities (having multiple applications active at the same time) and generally superior performance in running applications. 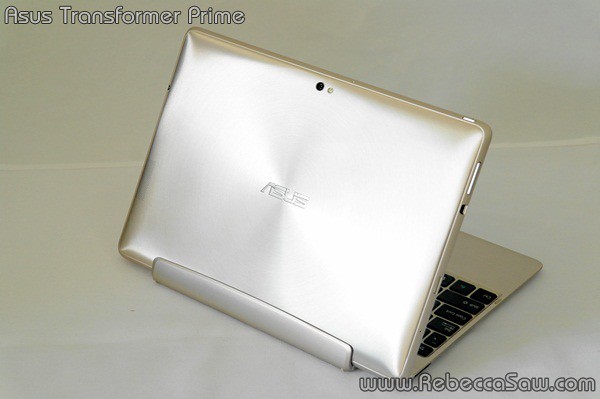 All that is in theory of course. You must be wondering if it’s as miraculous as marketing and advertising has lead us to believe.

Well, I have been toying with it and it has not disappointed so far. Then again, I used it for light browsing, blogging and basic emailing. The preinstalled SuperNote application is able to take, draw or record notes; while Polaris® Office is great for productivity as it gives users the ability to read and edit Word, Excel and PowerPoint (MS Office 97-2007 version compatible) files. All that will be reviewed in due time. 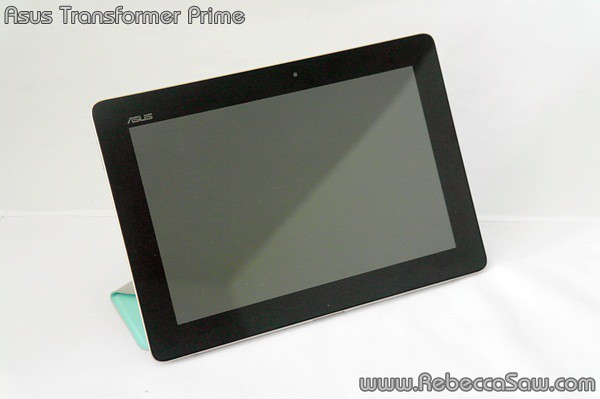 I have been showing it off at all the open houses this week. LOL. Yes, the Transformer Prime is a real beauty. It’s sleek, it’s solid and it’s boasts of a gorgeous exterior with metallic spun finish design made of aluminum. 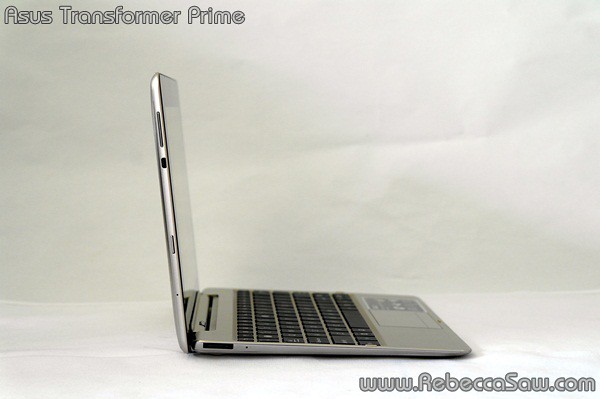 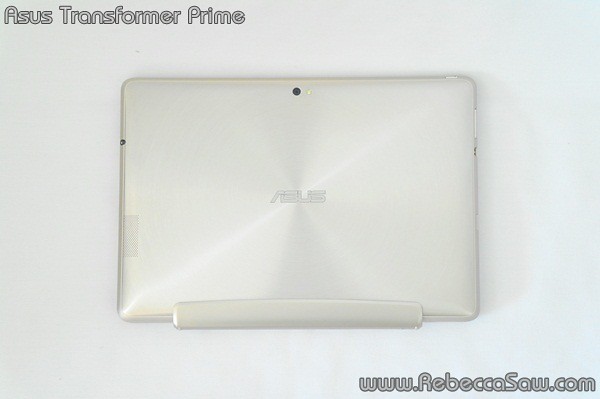 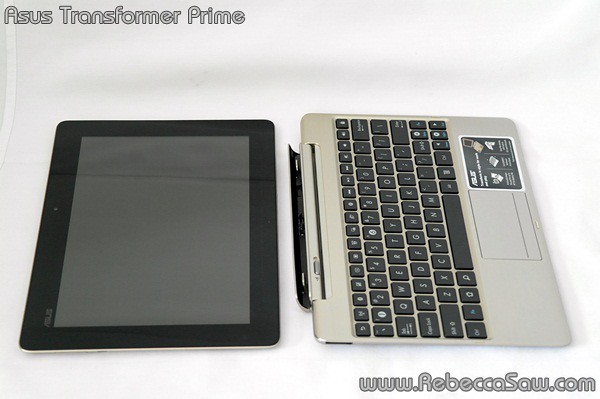 On its own as a tablet, it’s 8.3mm thin and weighs in at a mere 586g. It has a very solid vibe and I find the size just nice for light work. 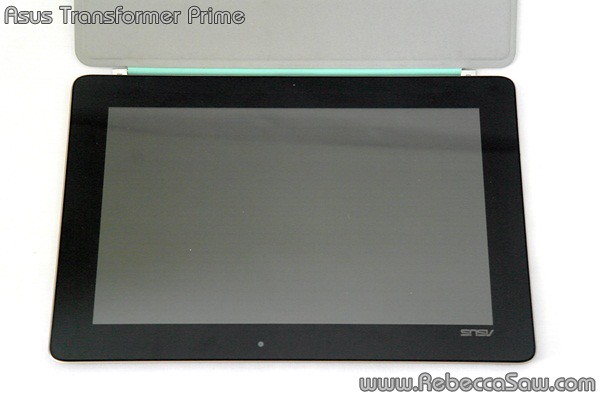 I’m afraid the 8MP rear auto-focus camera dídn’t quite impress me with its quality. I’ll be posting the pictures taken on my next post.

When combined, the weight of both the docking station and the tablet is heavier than my Acer Aspire S3, an ultrabook. Eekks!
Hence generally I go around with the tablets only but for longer blogging periods I’ll work with it docked on its station as I’m not used to typing on touchscreens.
Sigh, íf only if it was as light as an ultrabook. It might be capable enough to replace my need for an ultrabook. Oh, which reminds me, I must post up a picture of the weight (both dock and tablet) on the digital scale I used. 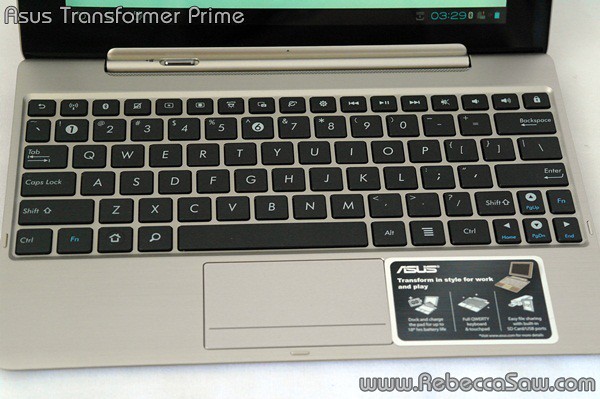 Below: Slide it to detach the tablet from the mobile dock. 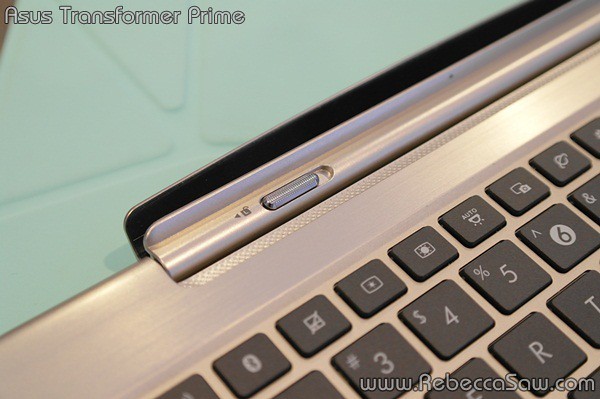 Below: View of the base of the mobile dock. 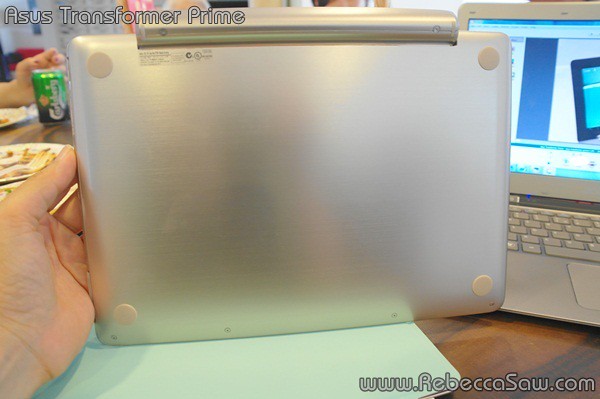 The Asus Transformer Prime is only available in one model  (32GB, WIFI, with both tablet and mobile dock) and it’s price in Malaysia is RM2,199.

And the accessory, i.e. TranSleeve will be available after the Chinese New Year break, priced at around RM159. 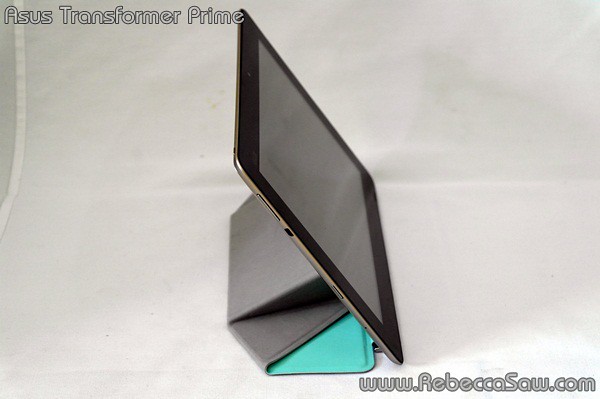 So here are my new toys for the last week. You jealous?  😉 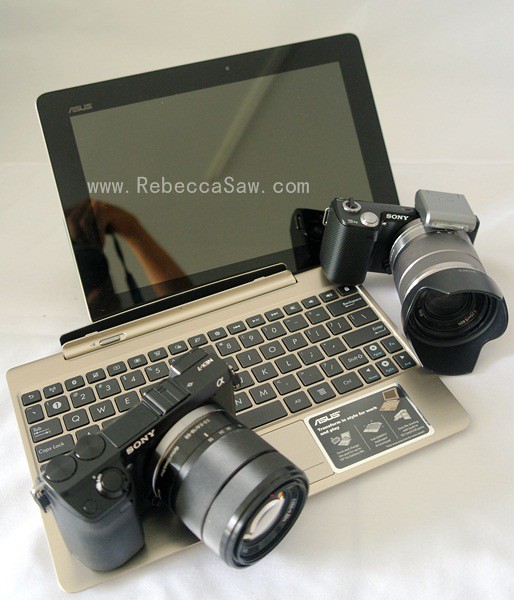 But on a more serious note, do leave me a comment if you have any queries on the Transformer Prime! I would answer them the best I can! 🙂