My Taiwan trip was just end of June this year and just like the hordes of tourists around the world that visited Taiwan, I love its cuisine!
From the conventional of noodles and rice to the spare parts of the cow to the notorious stinky tofu, I ate them all. 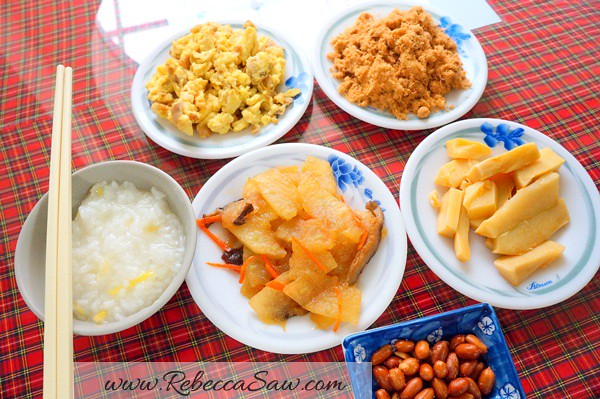 MOS Burger in Taiwan is everywhere! This is MOS duck burger. Thumbs up! 🙂 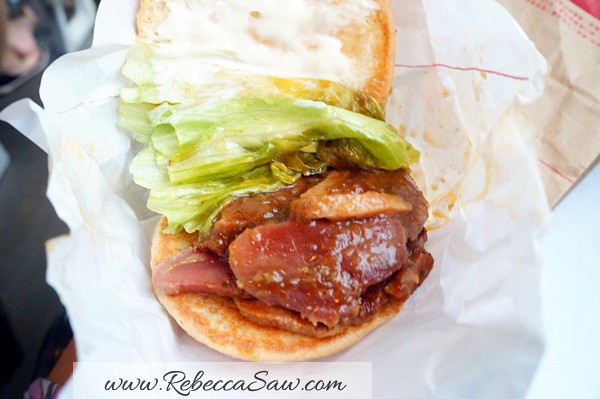 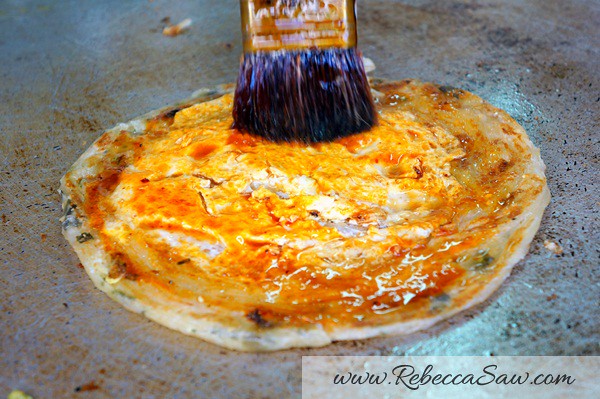 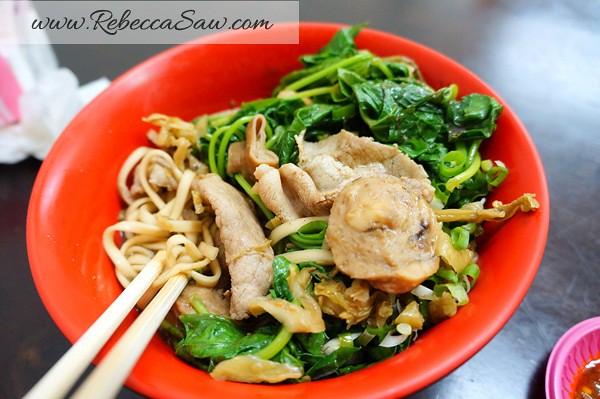 Salivating?
Well, if a trip to Taiwan isn’t anytime soon, head over to Zuan Yuan Chinese Restaurant of One World Hotel, PJ as they are running a Taiwanese cuisine month this October!
I hopped in for lunch yesterday and feasted on the famous Taiwanese Three Cup Chicken, an unconventional dish of boiled salted duck and even managed an impromptu cooking lesson with Chef Woon on the proper way of cooking the simple but very homely dish of Pan Fried Dried Radish Omelet. 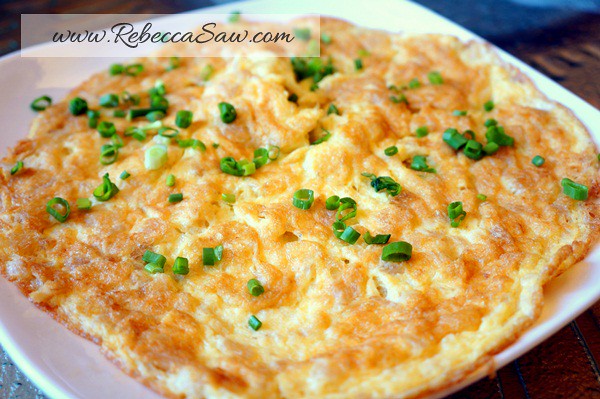 Here at Zuan Yuan, we were perplexed as to why the radish was so crunchy and a bit sweet rather than being its usual salty self. The secret? Chef Woon said it was boiled in water first to reduce the saltiness and to retain the crunch of the radish, he dry pan fried it after. The act of pan frying will also extract the flavor of the radish into the final scrambled egg. 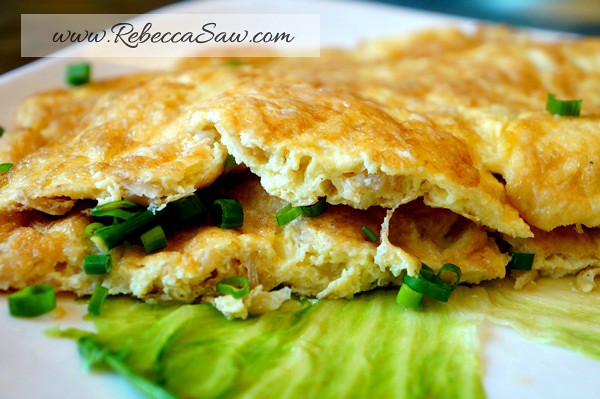 The Boiled Salted Duck “Taiwanese” Style – RM35, (Half Duck) was indeed salty! But eat it dipped in the special garlic sauce (a mix of vinegar, chilli, garlic, salt & sugar) and ginger sauce (ginger and sugar – so simple but very nice!) which cuts through the saltiness marvelously. I didn’t have a problem wolfing down a few pieces consecutively myself when eaten paired with the condiments! 🙂 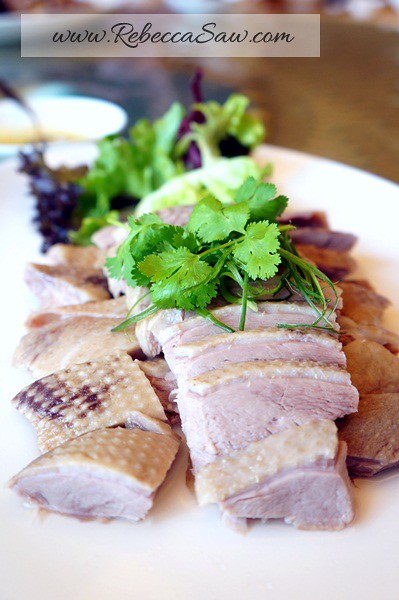 Three Cup Chicken Taiwanese Style – RM 28. This iconic dish of Taiwan got its name from its recipe that calls for 3 equal portions of soy sauce, sesame oil and white rice wine, making it a rather flavourful and pungent dish. However, Zuan Yuan’s version is a mild version so it’s pleasant enough for everyone’s palate. 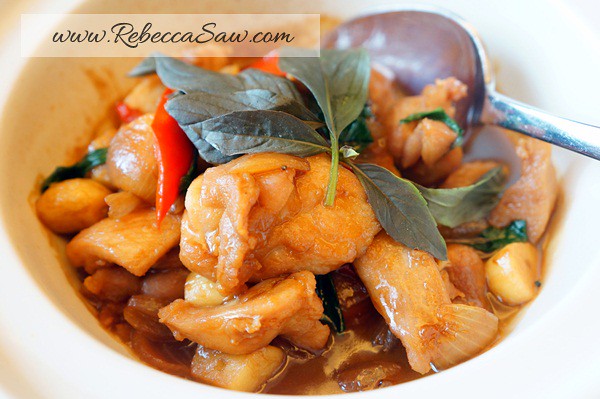 Braised Beef Tenderloin With Bamboo Shoot – RM30. The beef was tender and juicy so there were no complains. We all love the tau fu which has a soft and nice flavor very unlike our usual tau fu pieces. Chef Woon said its available for purchase here in the market, and to ask for “tau pau small”. 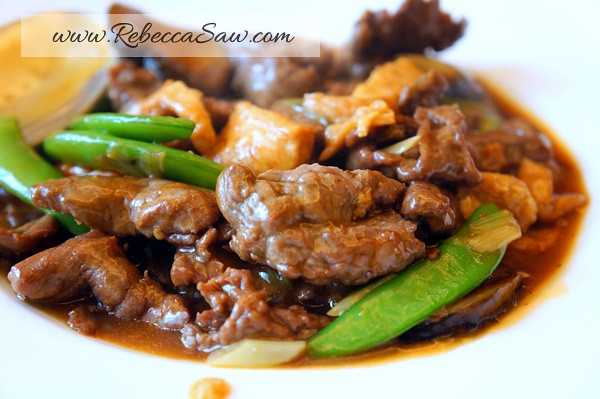 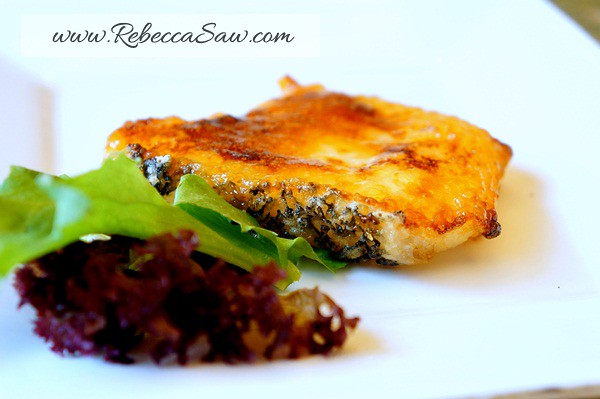 I love cod but sadly this was really salty, due to its miso sauce coating. 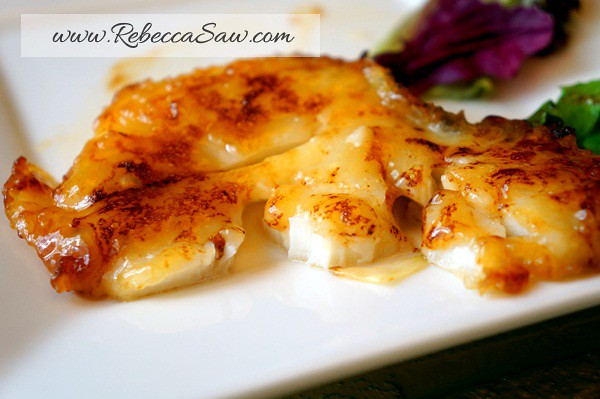 BELOW: Not part of the Taiwanese menu, but this was some carbs to fill us up. Not that we need it, really. 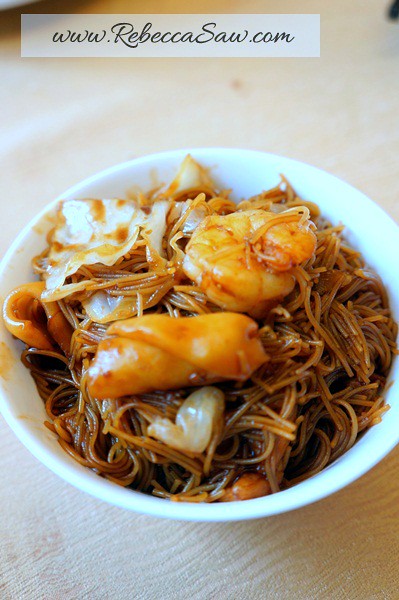 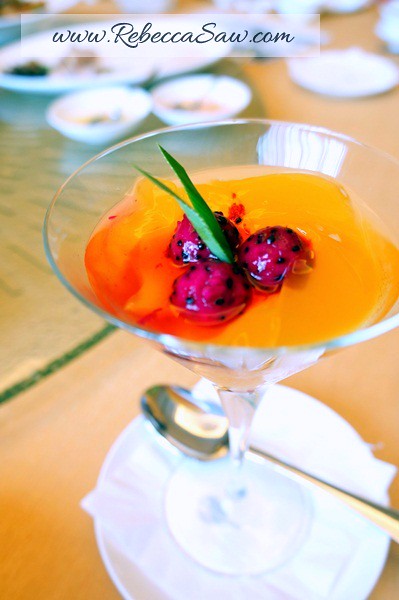 I added an order of a chinese dessert from their usual ala carte  – mung beans, waterchestnut and white fungus. Just as I have mentioned my previous posts on Zuan Yuan, the desserts here are superb. 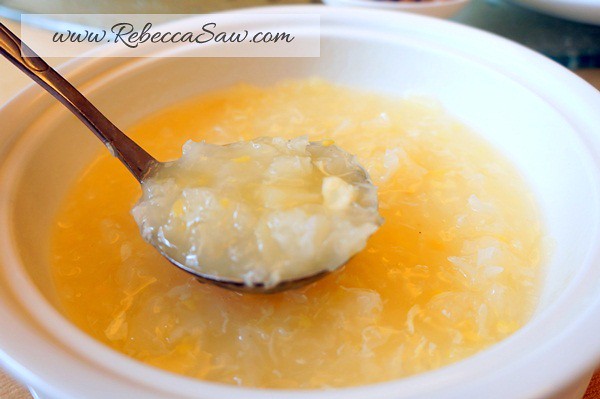