This must be the first time I stepped into a brightly lit whiskey bar.
Clean lines, minimalistic decor with spaciously arranged tables, Ribs at The Burgeon offers a dining/drinking experience the exact opposite of speakeasy bars. 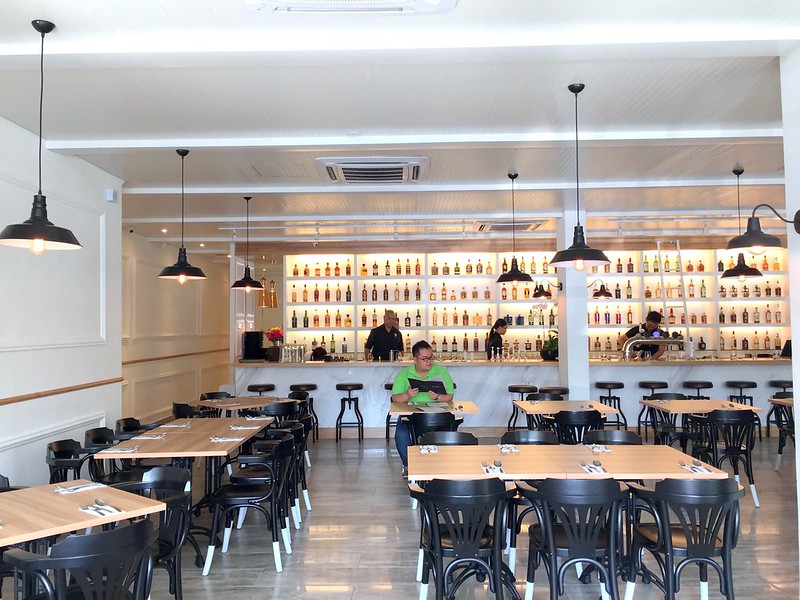 In fact, if you fail to notice the wall of whiskey bottles clearly displayed behind the counter (you must be blind not to) you might mistaken this as another cafe or family restaurant.

Upon seated we were passed 2 menus, a one-pager for food and literally a journal for drinks.
Yes, there are more options for the drinks than food here.

After sampling both the ribs and pork belly, we understood why.
The food items are clearly thought through, and gave us little reason to complain. Well, at least that was the case for what we had.
Instead of trying to wow customers with 20 dishes, Ribs at The Burgeon focused on a few, but ensured that each are well executed. 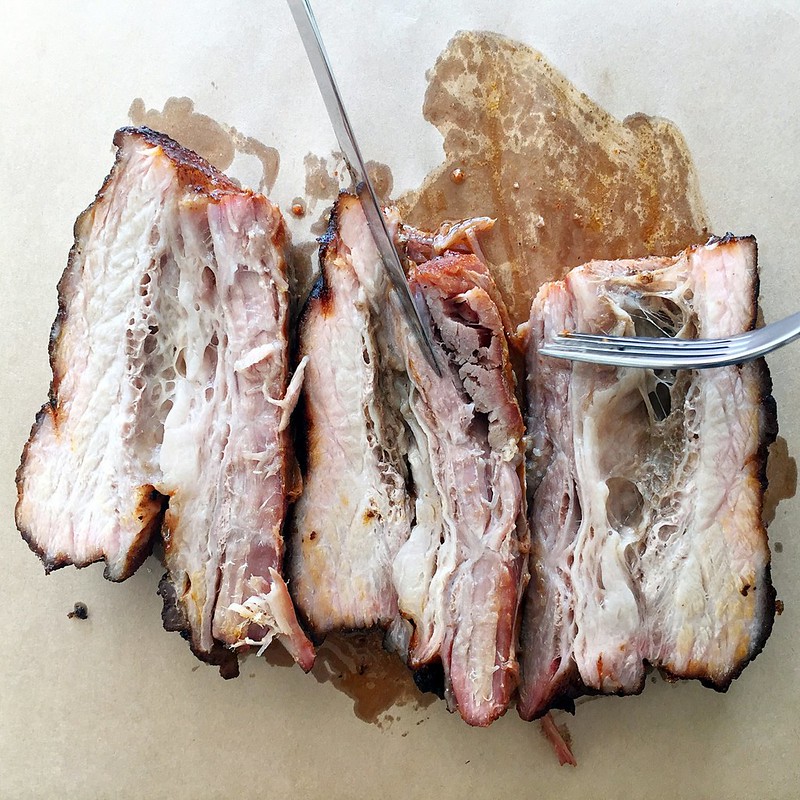 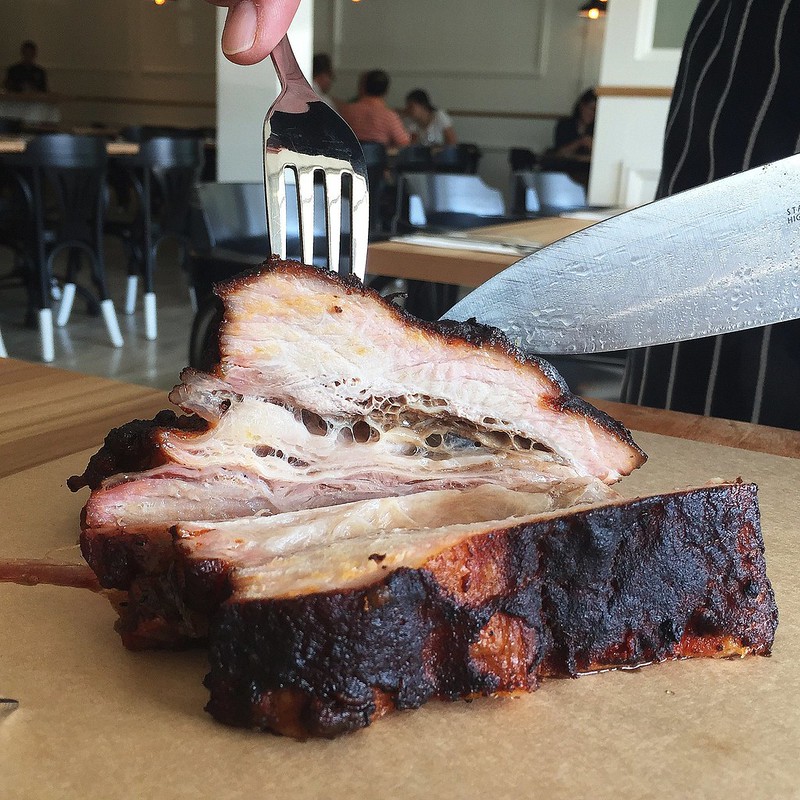 The pork belly (as above) is well worth the price. At only RM40.00 for 400g, it could easily feed 2 gluttons or 3 moderate eaters.
In comparison, dining in certain Chinese style roast pork eateries or restaurant would set you back more than RM40 for a lesser portion.

A half rack of ribs is RM50 and this isn’t your usual skinny ribs with a layer of meat and skin stretched over the bone, mind you, this HALF rack comes with thick chunk of meat over the ribs.
It is a first for me, having trouble finishing HALF a rack. 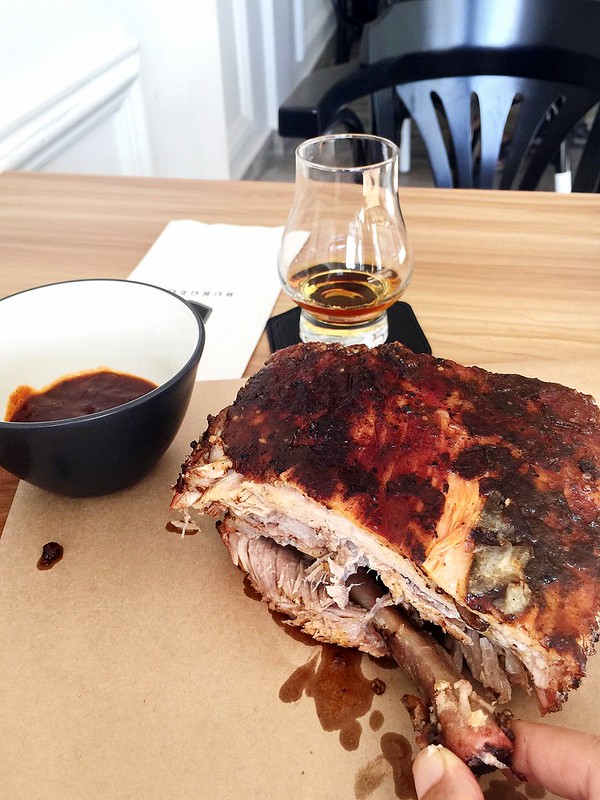 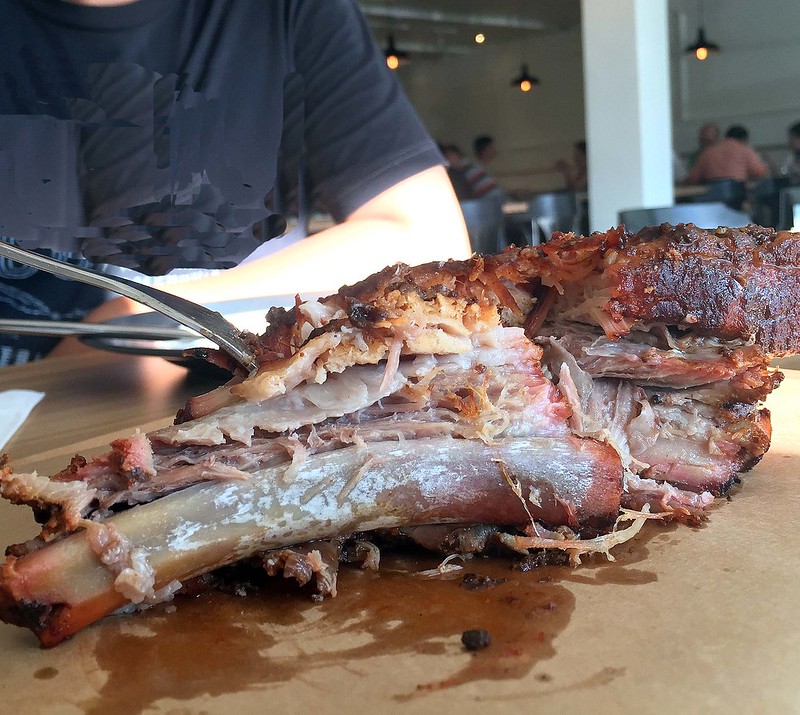 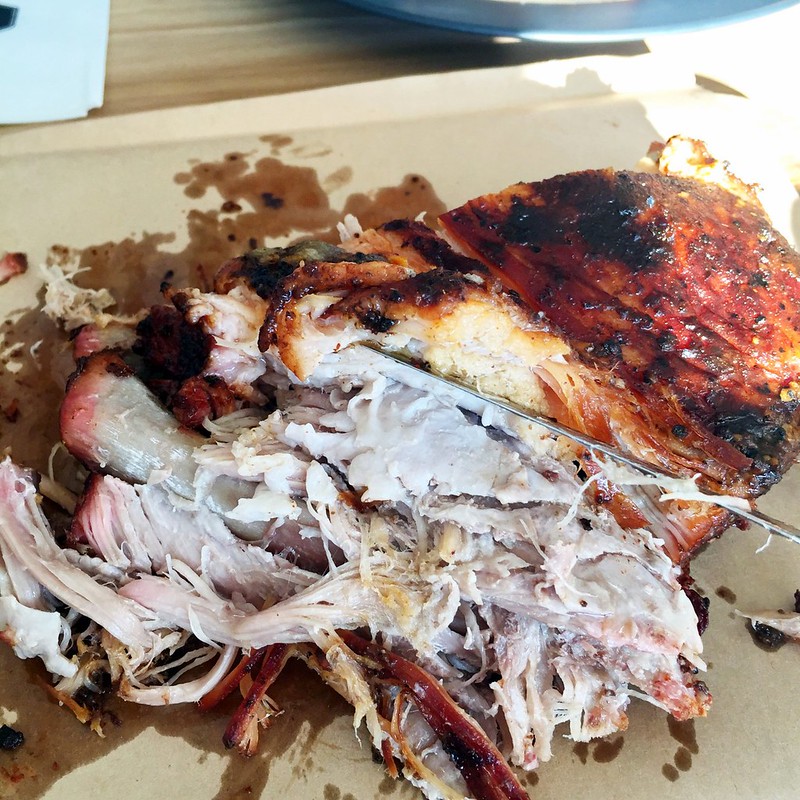 Simply put, the portions are hearty for the price.

Now, how was the taste?

Well, just to set expectations straight I’ll have to say I had a minor gripe with the ribs.

The marination didn’t permeate through to the inner meat of the ribs, though that was easily fixed with their sauce. I chose sweet-peppery instead of peppery & we both loved it; a tad smoky with slivers of onions which complemented the meat.

Considering how thick the upper layer was, it is likely the reason the marinade failed to flavour right to the bone, which is understandable.
The pork belly on the other hand turned out slightly salty at some parts but my dining companion didn’t have any trouble with that.
The texture for both the ribs and belly are spot-on; tender meat coupled with layers of melting fats which was a joy to savour.

I actually had to cancel my order for the pulled pork burger the generous portion was a pleasant surprise.

So I’m saving that and the desserts for another visit, which I hope is soon.
We only had a serving of the 18 year old Yamazaki (RM97 + 6%) that day since we had a flight to catch later on, but I’m already eyeing some of the whiskey cocktails which I believe would pair well with the savouries. 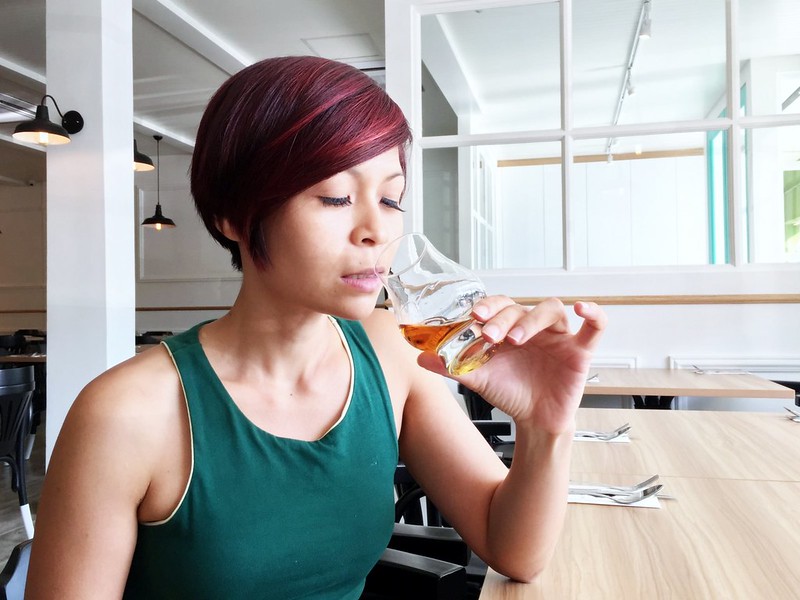 6% GST applies, but we got fabulous, professional service with no service charge.

I think Ribs at The Burgeon is one of the very few F  & B joints around that offers smoked meat. From their FB page, I got to know that the pork was smoked over American Red Oak for four long hours, resulting in the flavours and textures as I’ve mentioned above.
There are a few sides to enjoy your mains with, which we skipped since I’m a low-carber who avoids potatoes, breads and pasta.
However, I’m already thinking of making exceptions for the desserts, so why not a mash for my next visit right? 🙂

Last but not least, they don’t take reservations so you got to be early because we have heard of how their ribs ran out as early as 8pm on certain days. 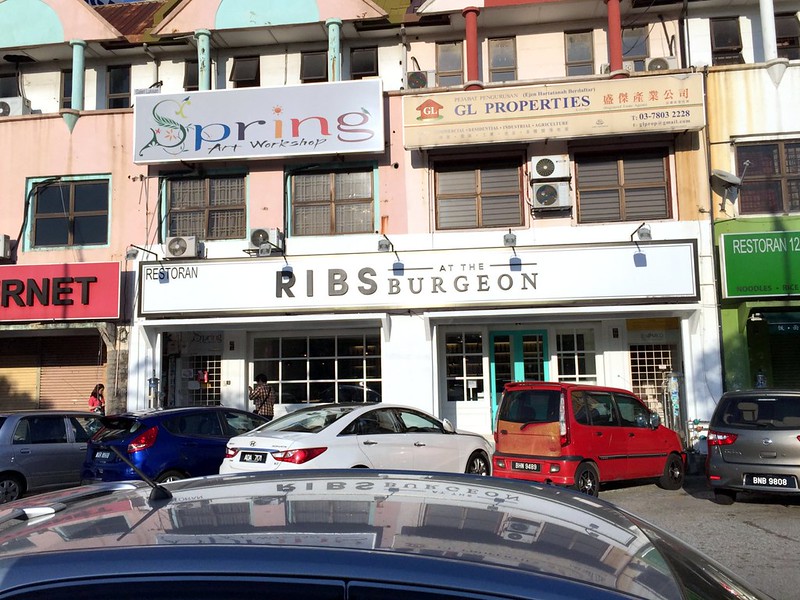