This is not the first ramen burger I have tasted in Malaysia; my first being the ones by myBurgerlab who unfortunately decided not to make it permanent on their menu as the texture of the ramen wasn’t to their liking.

This would be the first commercially available ramen burger that I have tried and thankfully it wasn’t entirely a disaster.

Javries Restaurant at Gurney Paragon is actually more of a pizzeria. The below are basically the options for the Ramen Burger here. I took a beef and a chicken for comparison sake. 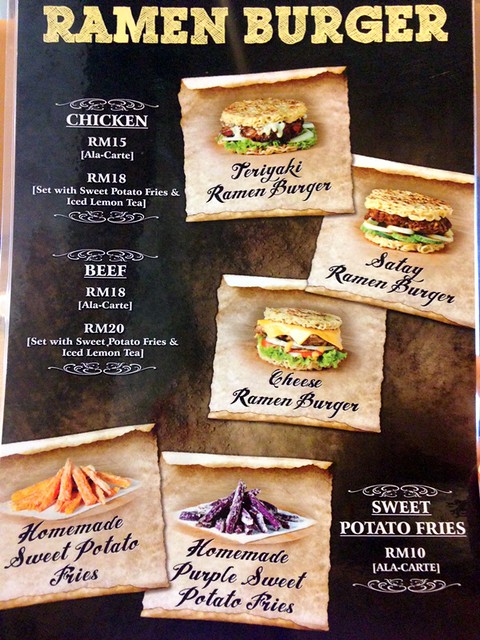 If you still do not know about the whole Ramen Burger craze, please google ” Chef Keizo Shimamoto, Brooklyn, Smorgasburg“. The ramen burger basically means replacing the bread buns with ones made from ramen noodles.

There’s plenty of youtube videos to show you how it’s done, but I’m the sort to eat, not make. Imagine my delight when my fellow burger addicts in Penang told me that there’s Ramen Burger in a restaurant in Gurney Paragon! 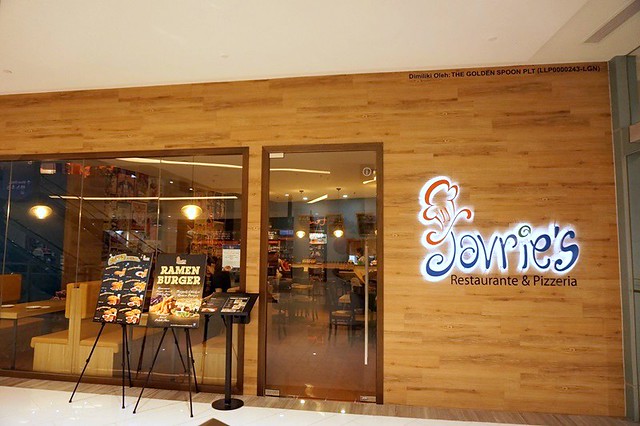 I thought the prices are almost similar to the burgers we pay for in KL burger joints. Who said that the cost of living in Penang is lower? Just after a few visits back within this year itself, I seriously doubt that perception holds credibility any longer. Even the hawker food on this island aren’t much cheaper than what is it now in KL.

Now, back to the topic of ramen burgers.
I liked the ‘noodle bun’. The whole “piece” was firm and it kept its shape even if I were to hold it up to eat it. Texture-wise it has a good bite; neither mushy (which can happen if it’s overcooked) nor greasy cos it wasn’t fried. 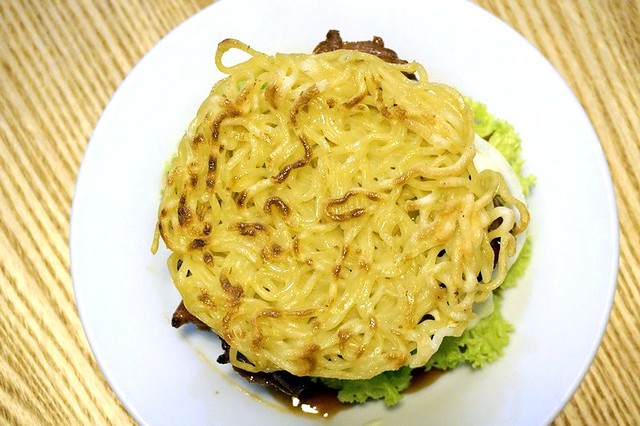 Taste-wise it can be bland on its own but good when eaten as a whole. For the patty the chicken is a better bet. Actual chicken meat is used instead of a minced patty and the meat is glazed generously with teriyaki sauce. The beef patty lacked flavour though it was moist enough. Anyhow the sauce, cheese and mayo helped, and the chicken one came with wasabi mayo, keeping to its Japanese theme. No one had any complaint of the sweet potatoes fries. 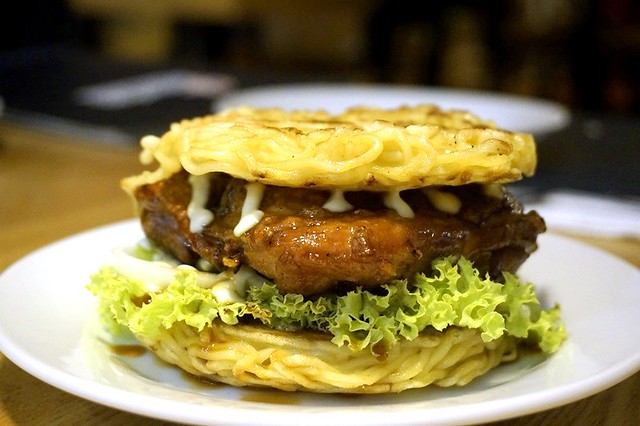 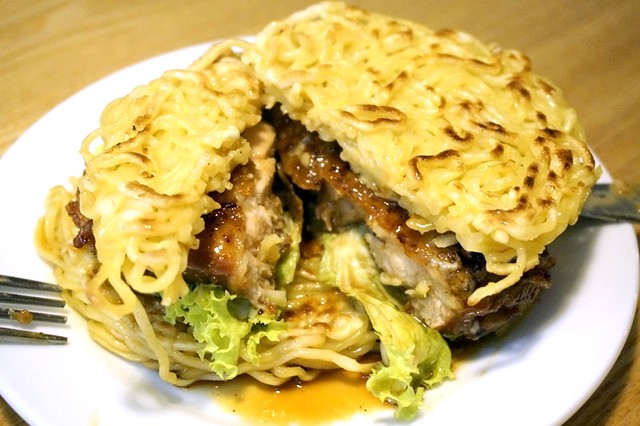 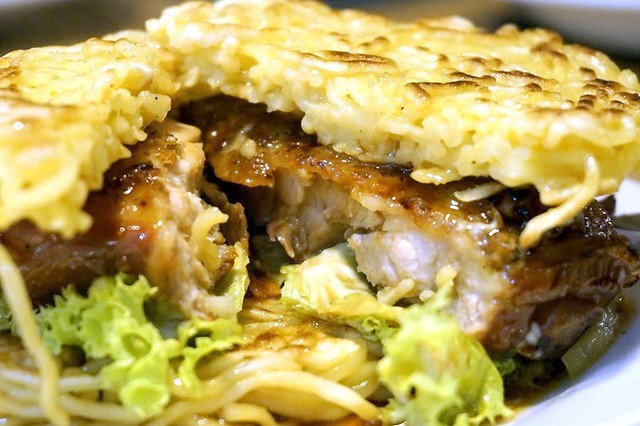 The Cheese Ramen Burger – I ordered a set which came with fries and iced lemon tea. 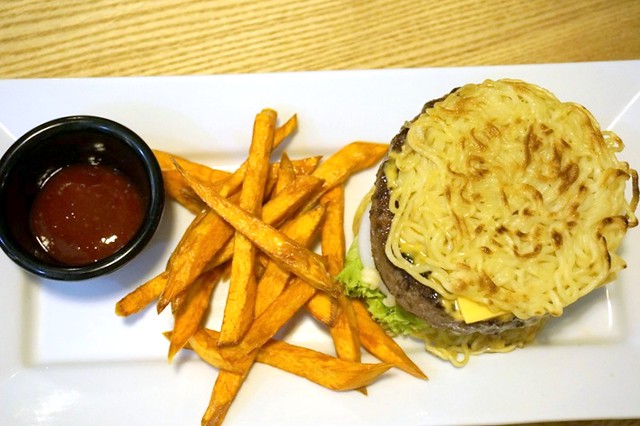 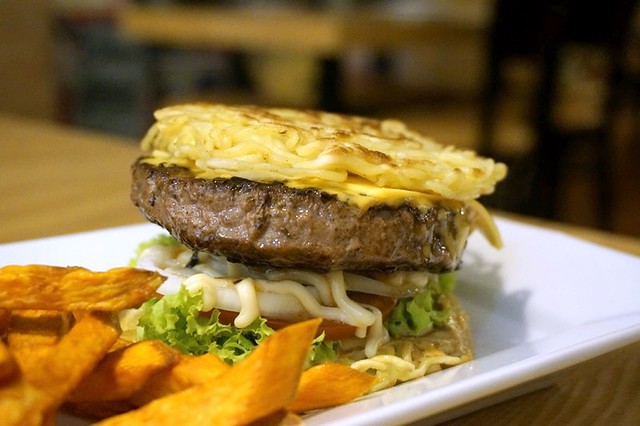 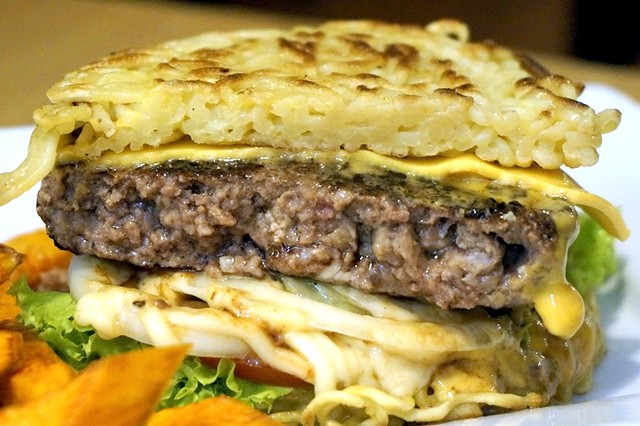 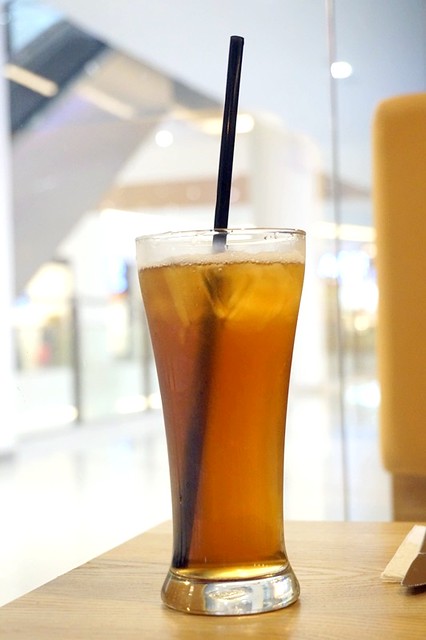 Javries Restaurant is a cosy place and I was pleasantly surprised that the ramen burgers didn’t turn out as bad as I had initially thought it might, no thanks to the foursquare comments I read just before I ordered. A female staff asked for our opinion just as we are leaving so I told her exactly what I said here. She was definitely friendlier than the male staff that took our order. 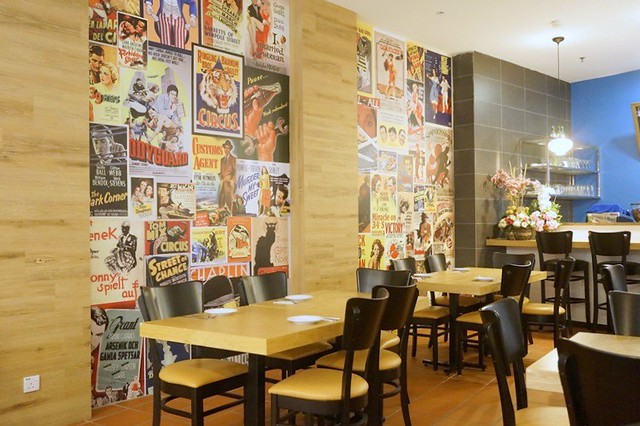 Would I recommend this to anyone? Well, if you’re in Gurney Paragon and if you’re curious enough you should give it a shot. It doesn’t warrant a special trip for sure.

PS: Another place that offers Ramen Burger in Penang is Pintree Cafe at Jalan Sungai Dua Gelugor. Based on the picture I saw, it was deep fried ramen which is crispy, thus a different version from the ones here.