It started with an invitation to the review for Seenak Warisan Ibunda at Kitchen Art Brasserie, a buffet at Empire Hotel featuring traditional Malay cuisine with delicacies from different regions rotated on a weekly basis (Perak from 21-30th July, Kelantan from 31st July – 8th August, and Negeri Sembilan from 9-18th August).
Thing is, I never knew that Empire Hotel had its own dining options, considering that Empire Shopping Gallery has a lot of food choices. 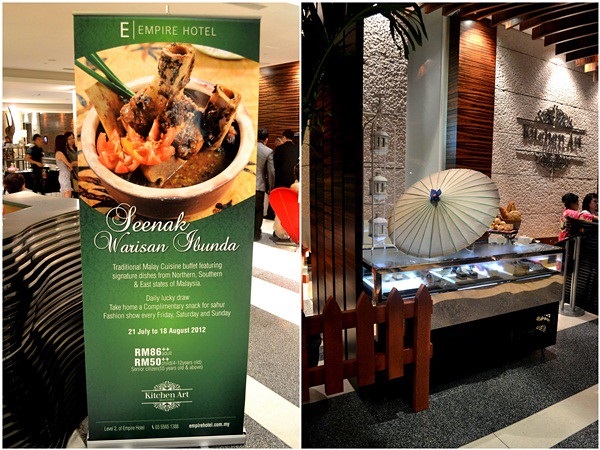 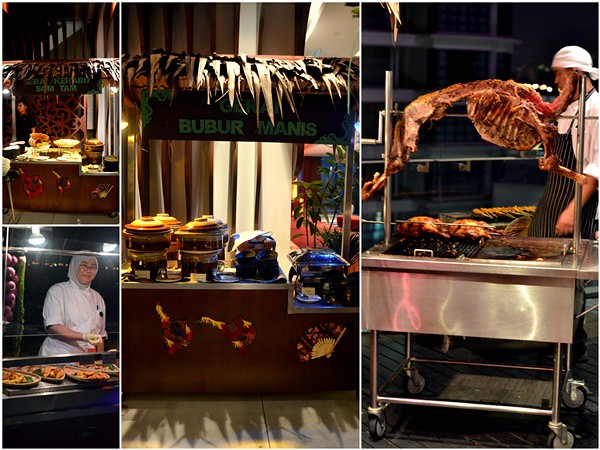 What’s a Malaysian buffet without Ais Kacang? Here’s the DIY ice shaver and its various condiments. 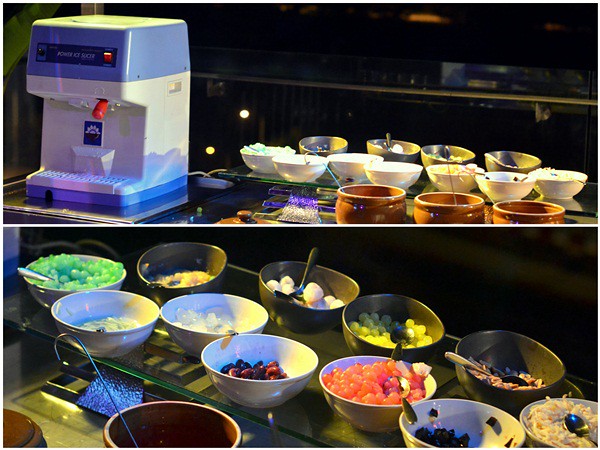 And now for the food tasting. Do note that due to me arriving after buka puasa time (the time to start eating after fasting the whole day)), only barely recognizable scraps are left at certain food trays.

To start off, there is the Sup Gearbox which happens to be the chef’s specialty for this season. Hearty stew made from slow braised joint cooked for over 6 hours until the meat literally falls off the bone. Yes, the meat literally fell off; so the meat is at the bottom of the giant wok. But in this bowl there is the connective tissue which is gelatinously smooth, almost melt in your mouth. Guess I won’t need any glucosamine for a while with this. Too bad there’s not much meat in my bowl  🙁 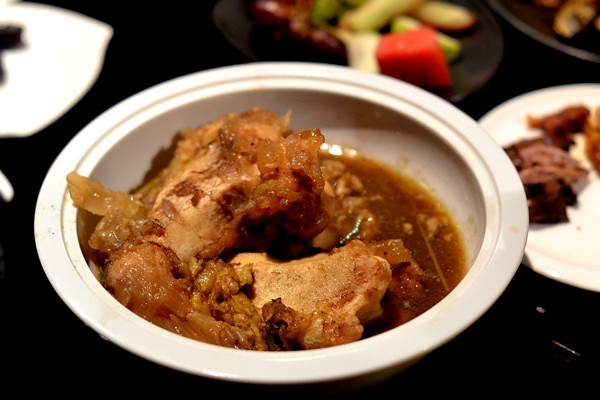 Below: The giant wok of Sup Gearbox. Yes, it does look oily but it’s quite good once you get past the layer of oil. 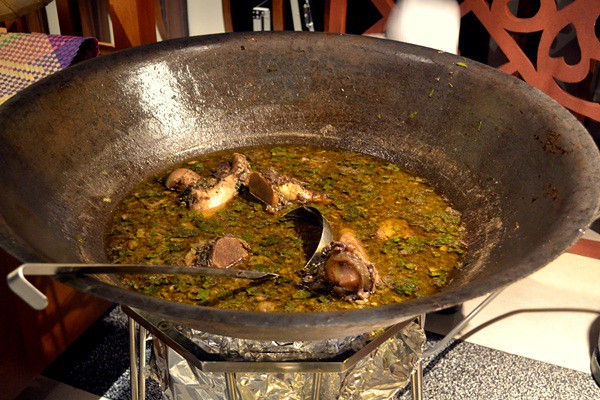 Below:Would you want some pasembur or Som Tam to start off your dinner? 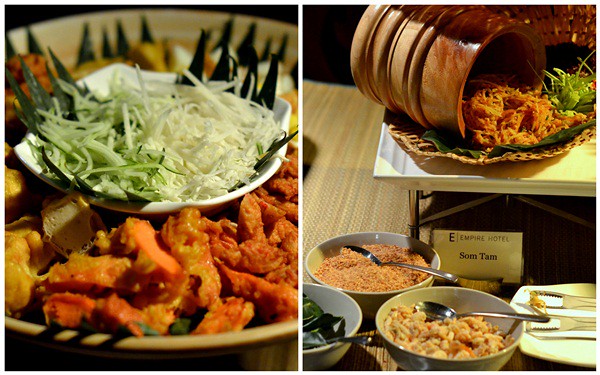 Or how about  jeruk or salads? 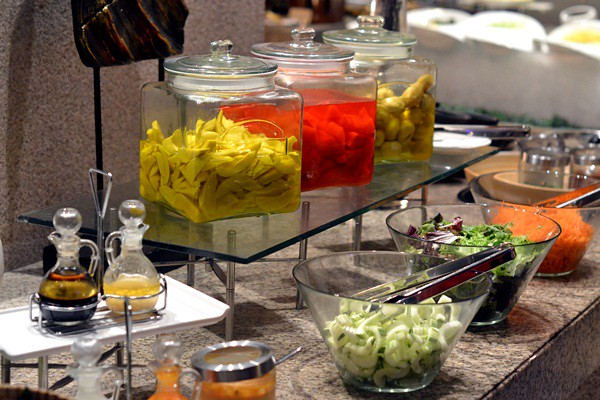 Here’s a variety of kerabu as cold dishes to kick start your appetite. Overall, they are quite decent fare, though a bit on the bland side. 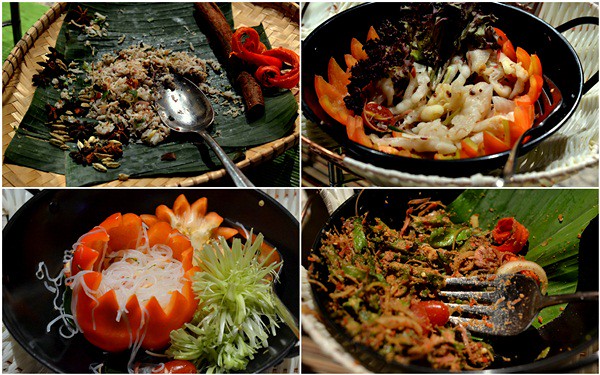 It’s always good to have something with a touch of acidity before tucking into the hearty mains. You see here the usual  acar and kerabus to whet your appetite. 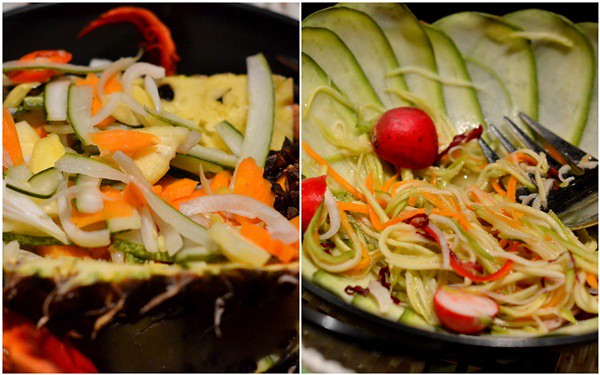 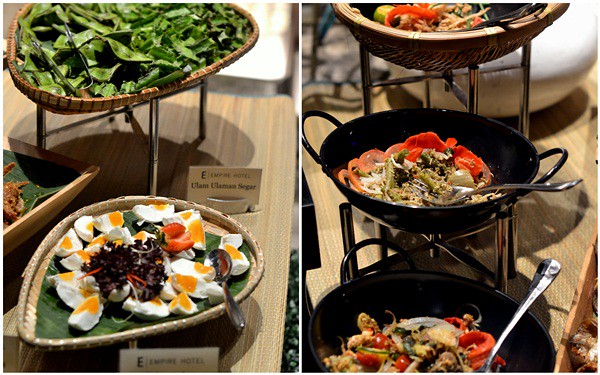 And an assortment of sambal, cencaluk, etc. and grilled seafood as expected of a Ramadhan buffet. 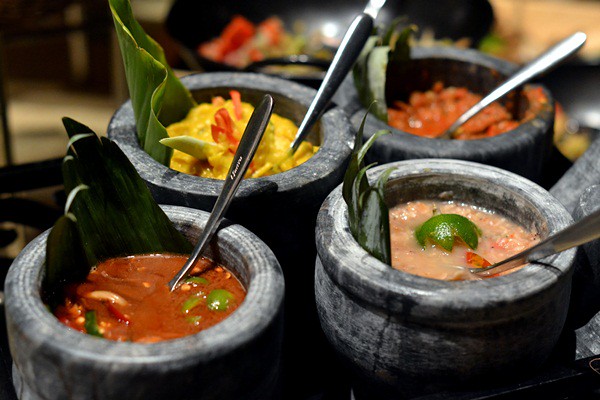 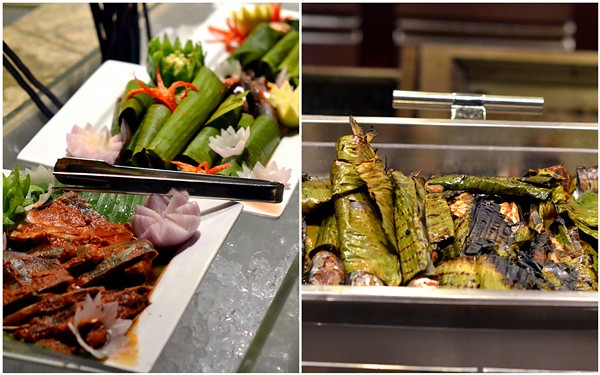 Main courses which can never go wrong: Ayam Goreng Berempah, Rendang Daging Tok Perak, Kambing Kurma and Telur Dadar (Egg Foo Yong). While these dishes are quite decent, I wish they were warmer as it cooled down a lot by the time I got back to the table. There were more choices, but they got picked clean before I got a look at them 🙁 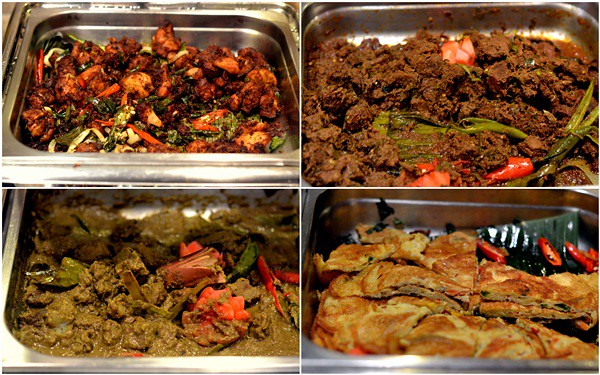 For something more “soupy”, go for the Bubur Lampuk or the noodle section. 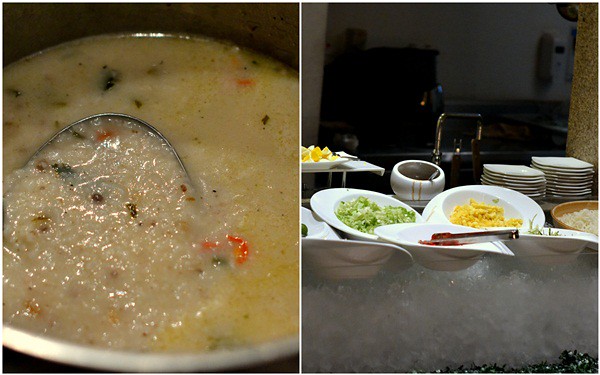 Below: More local favourites: the Murtabak and Roti Jala, and some chicken curry and dhal to go with it. The curry was balanced in flavour and the  dhal was thick. Too bad the murtabak and roti jala was cold, I would have prefered them to be made fresh on the spot. 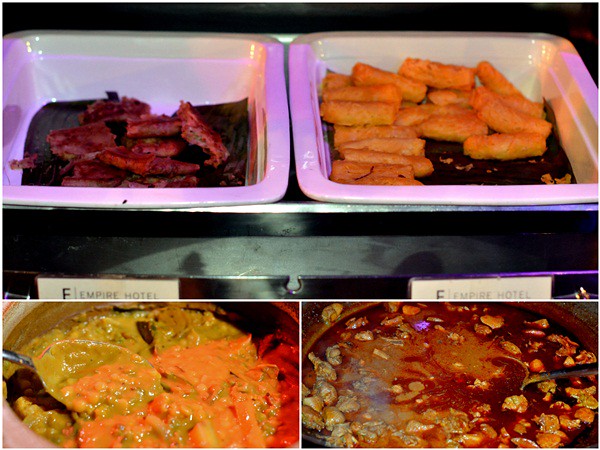 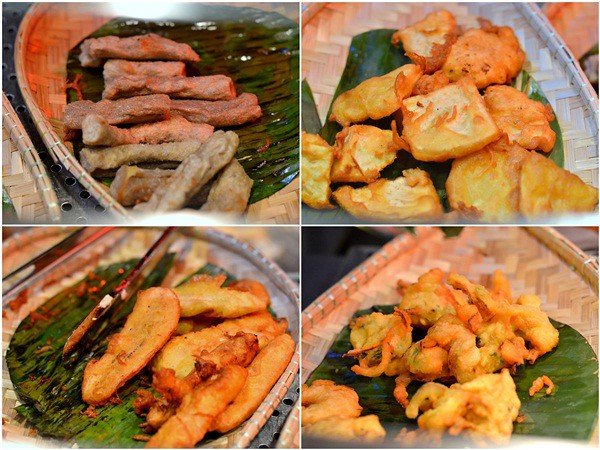 Some of the assorted Malay kuih that seems interesting are like the Kuih Lepet (left) and Kuih Lepet Pisang (right). The Kuih Lepet itself was a pleasant surprise as with some hint of saltiness in the santan, making it a savoury bite. The embedded gula merah core gave it an added sweetness. As for the Kuih Lepet Pisang, it was done nicely, without going down the sugary path of the banana cake. 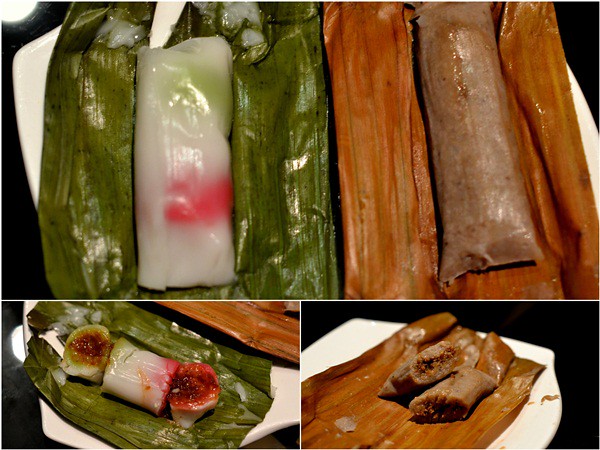 A refreshing end to a buffet – fresh fruits. 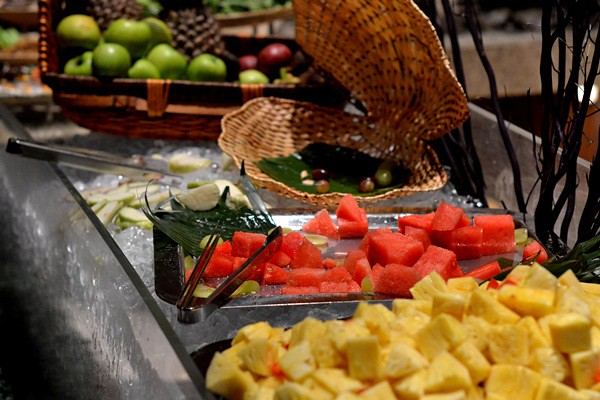 Overall, while there are some areas for improvements, there were no major disappointments. The Sup Gearbox is something that would make you go for seconds while certain dessert items do make you think that the additional calories are worth it.

Some of the dishes may taste below par, but the variety of the buffet spread does seem to be an attraction point considering that the menu will be rotated throughout the Ramadan period with Kelantanese and Negeri Sembilan specialties coming up. Well, considering that this was at the start of Ramadhan, I’m in hope that the quality will improve after this.

Browse more if you wish:

These are for last year Ramadan’s.
I’m running the Becky’s 30 Days 30 Giveaways and for coming days it will be mostly Ramadan buffets for 2 pax. So do visit my page RebeccaSawBlog FB here and stay tuned for the announcement. 🙂

Here’s the round-up for 2012 Ramadan Buffets. I’ll include the links once I published the posts this week. I’m trying to write as fast as I can! 🙂

Leave me a comment if you have any enquiries on Ramadhan Buffets this year ok? 🙂