I don’t know about you, but as a gourmand I’m thrilled with the upcoming Midsummer Nights Feast, especially so with the feature of a 3-Star Michelin Chef Benoit Vidal from France. 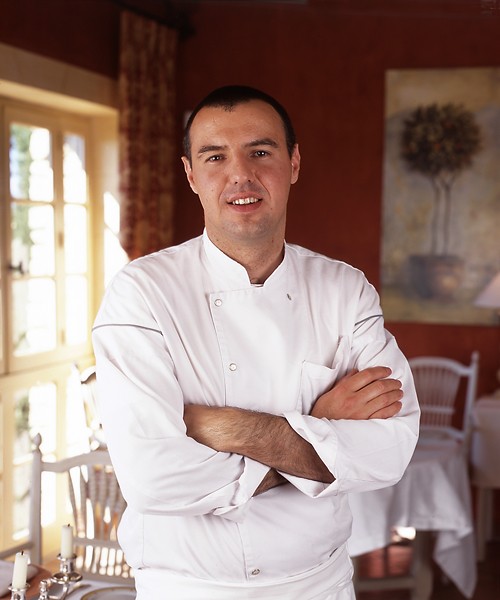 Master Chef Benoit Vidal’s “element ” for this year’s theme is EARTH, in Tribute to Mother Earth. Do find below a bit about Chef Benoit & his scrumptious menu for the Midsummer Nights Feast.

In 2005, he obtained his own 1st Michelin Star, winning the accolade as the chef of the “Best Hotel Restaurant” by Condé Nast magazine.

In 2010, he decided to join L‟Auberge de Marcon as Chef de Cuisine, masterminding a menu in tribute to Nature – using only seasonal products of Mother Earth that aim to emphasise and magnify a long traditional culinary heritage with a contemporary twist.

His wish, fulfilled in such a vision, is for all meals to be “genuine celebrations” offering inspired reflections and revisitations of Nature that is unique to the region with its natural surroundings, personality and traditions.

On a plateau in the Pays-de-la-Loire region, Nature is generous and amazing with her blessings and all she has to offer us! An abundance of flourishing green, poultry and meat farming and the finest green lentils from Le Puy, and cheeses from Auvergne and Ardeche.

Most delightful of all is the prized fungi which has, over the years, become the emblem of L‟Auberge de Marcon. Come, escape into the woods with the signature Mushroom menu and enjoy tender lamb baked in hay cittern, ragout of green lentils and for the more adventurous, skewered banana caramel morel and chestnut soufflé among others.

These 8 exciting nights of culinary authenticity are now available for booking. It’s limited to 130 seats per night at RM385 nett per person; and RM50,000 nett for corporate bookings.

In summary, here are the dates for each of the Chef’s dinner:

For an idea on Midsummer Nights Feast 2010, check out my experiences below: