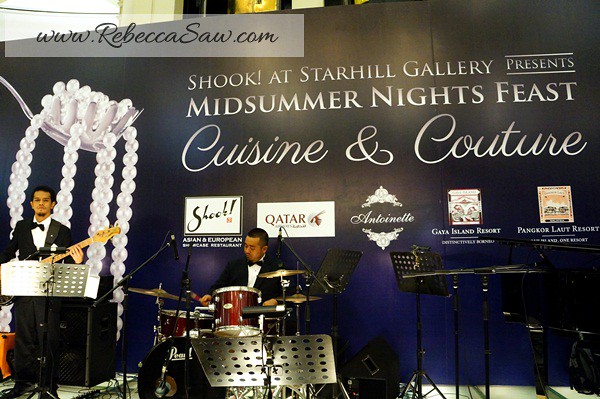 Here I am, back again for the Midsummer Night Feast 2012, this year for Chef Ken Hom and Chef Johann Lafer. Tonight’s dinner is in the hands of Ken Hom, a Chinese American chef, author and British television-show presenter. In 2009 he was appointed honorary Officer of the Order of the British Empire for “services to culinary arts”, so yes, amazingly, this chef has a OBE! 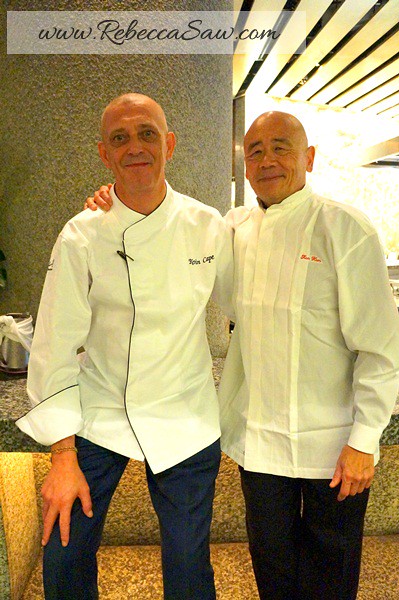 More about the Chef:

Ken learnt to cook from the age of eleven when he started working in his uncle’s Chinese restaurant in Chicago after school and at weekends. In those days he earned around the equivalent of 30p per hour.

In order to help pay his University fees he gave cooking lessons which proved so popular that he was recommended to the Culinary Academy. Ken has taught many great chefs such as Charlie Trotter from Chicago, whose famous Trotters restaurant is always booked months in advance. When the BBC was looking for a Chinese chef to produce a new series he was recommended by Madhur Jaffrey who had seen him giving lessons in California.

This was the start of his UK TV career with his first series Ken Hom’s Chinese Cookery in 1984. This series was then transmitted throughout the world and he has remained highly acclaimed worldwide since then. Ken is now regarded as the world’s leading authority in Chinese cookery and has cooked for many heads of state. 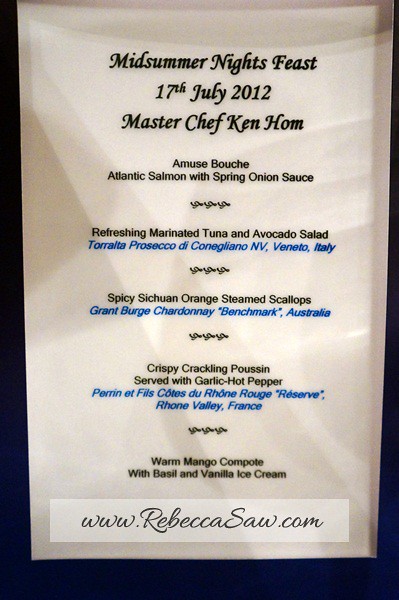 Needless to say I was thrilled to be invited for dinner. And dinner turned out to be so mindbogglingly unexpected that it took me a while to gather my wits to write this review. Read on to find out if it’s in a good or bad way.

The amuse bouche commenced dinner on a very safe note. A pretty standard piece of salmon, with some form of chinese influence in the use of spring onion sauce; almost as if to somehow show linkage of his ancestry.  But it wasn’t bad, though hardly captivating. But since this is just an amuse bouche, I told myself to relax and sit back, and waited eagerly for the next dish. 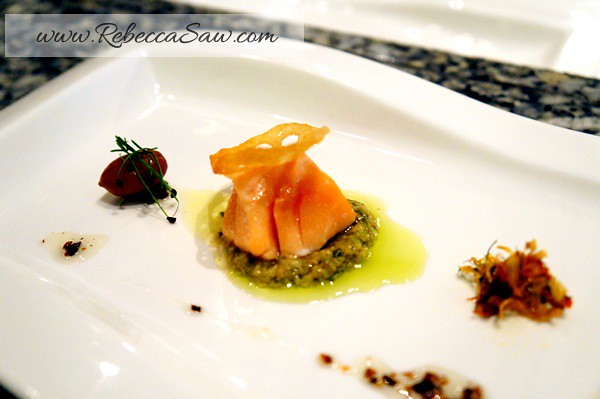 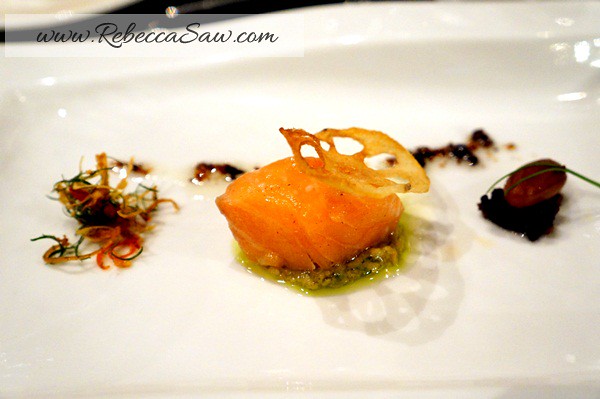 I started to get agitated by the next dish, as somehow I was served a piece of overcooked, dry tuna. I sent it back to the kitchen when I realized my dining partners received pinkish cuts of tuna, hoping to get mine just as nice a cut. However, my dish was never replaced. On poking one of the better piece of tuna, it was done right being moist, pink and tasting like a piece of tuna excellence. 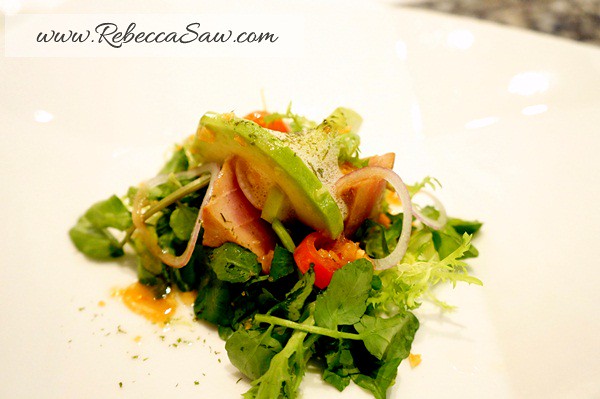 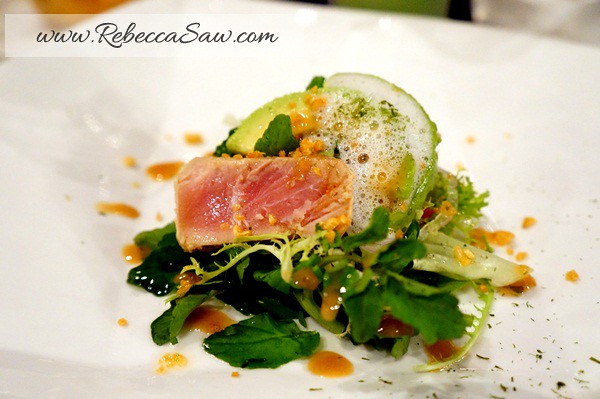 My mood went positively foul when I cut through the scallop for the next dish. The scallops were cooked right through (as per usual chinese style cooking), which was already way overcooked for my liking. This one was worst as it had turned rubbery! 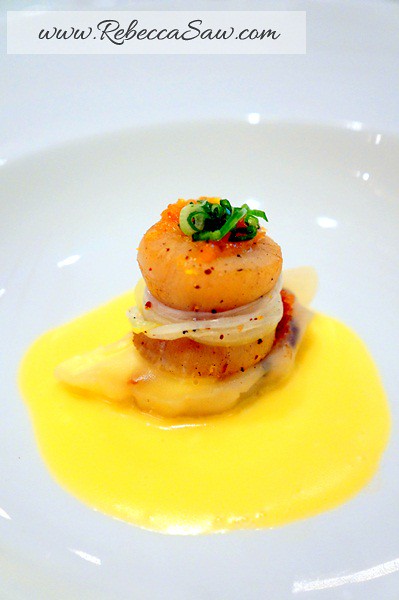 I left the rest of the scallop untouched after a bite. Just take a look at the cross section of the scallop and you’ll know what I’m talking about. Somehow the Sichuan orange sauce was not spicy nor did any distinctive Sichuan taste registered on my palate. 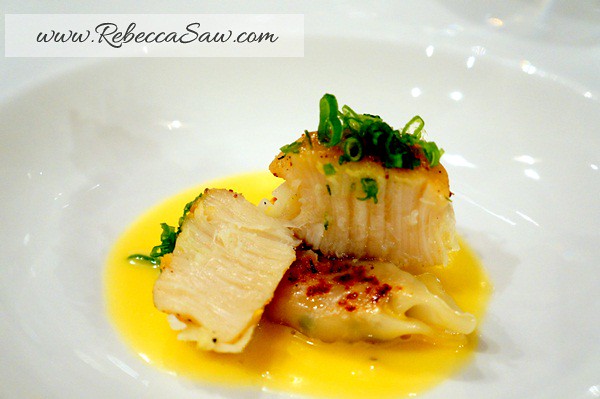 The main, a chicken dish, the poussin was the saviour of the dinner. Crispy skin and tender meat with marvelous toppings of garlic and hot pepper, accompanied with a sweet and creamy pumpkin mash, this dish easily stood out among the other dishes its nice contrast of flavour profiles. 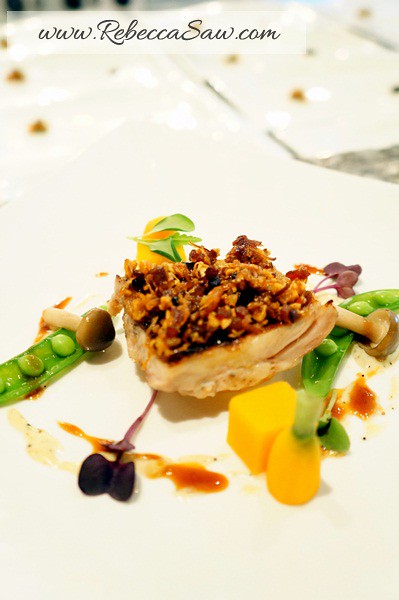 The dessert was decent enough. The mango compote and ice cream was straightforward and simple; a respite from the rather terrible dishes earlier. 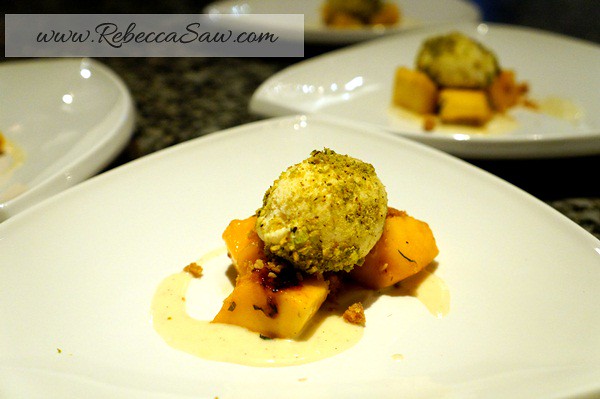 All in all, a lot more was expected from the chef. I’ll like to think that the mess-up was most likely caused by the en masse preparation of the dishes that night by the kitchen crew, which have resulted in the lacklustre dishes. The recipes itself aren’t bad, but the ingredients seem to be rather abused, and the preparations poorly executed. It’s sad to see such a disappointment result coming from Chef Ken’s creations. It would be too much to expect Chef Ken to handle every dish personally, but I think he should have overseen the kitchen that evening. Case in point was the dinner by Johann Lafer a day after. Chef Johann Lafer was seen in the kitchen all the while and his dishes that night was stellar. You’ll be reading my review here next! 🙂 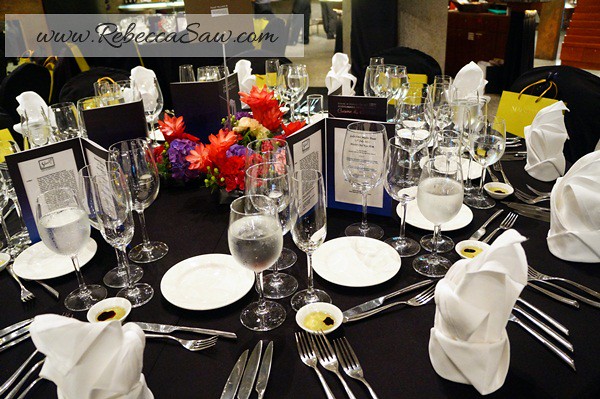 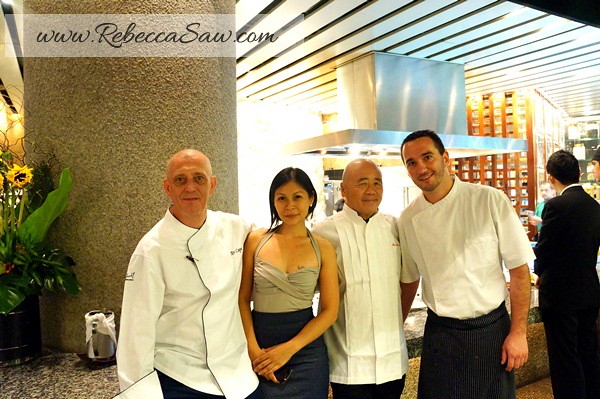 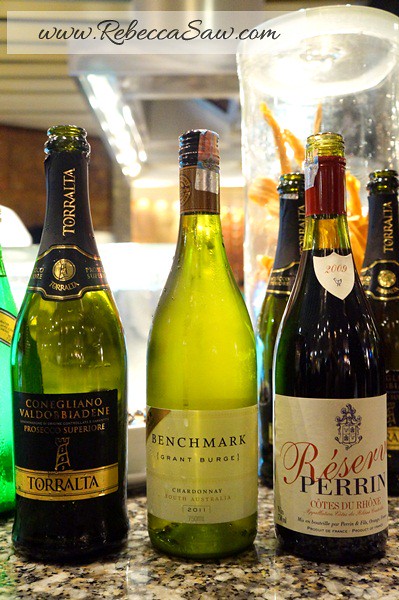 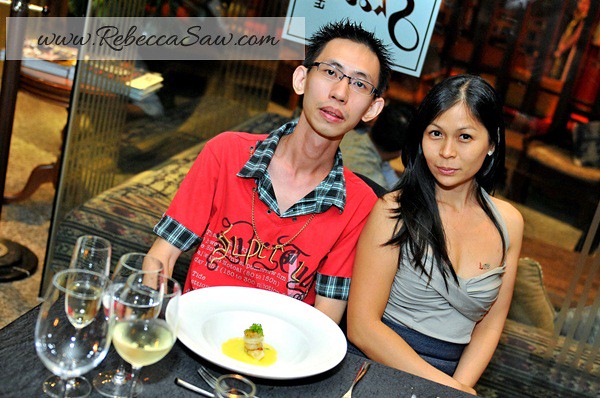