There’s always the question of “Where to get good coffee, where is the best breakfast/brunch cafe in KL/PJ“.
To be diplomatically correct, there is no best anywhere.

They have always said that food and taste is subjective.
I had to concur of course, for the proof in that saying is evident in the eateries that are still doing brisk business, and these are the very same eateries that I won’t consider dining there (after having dined there before of course) even if the food is free.

If you are happy with the food served, you are willing to pay the price stated and you enjoyed your time there, it is a good meal. 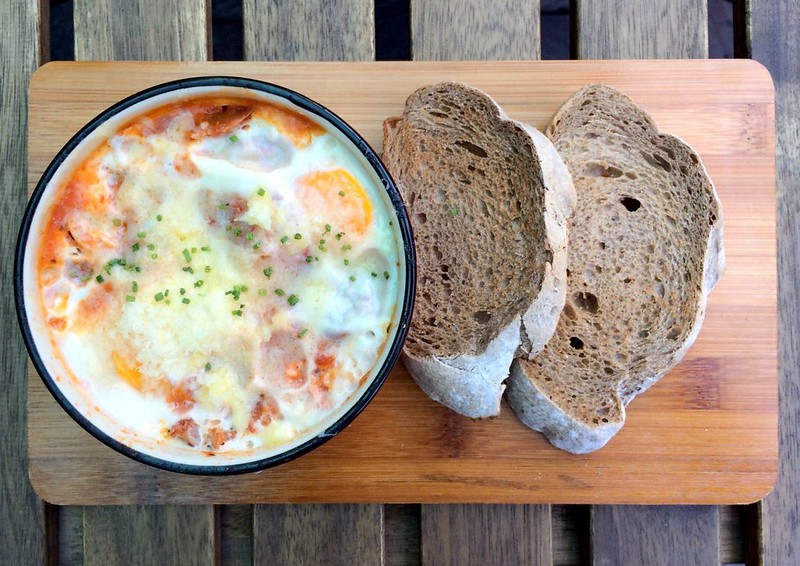 There was a point when I was in the cafe-hopping fever too; breaking the bank and paying RM30++ and more for dissatisfying weekend brunches.
To be fair, that hunt did yield some gratifying results, one of which is Breadfruits in Hartamas (non halal), another is The Red Beanbag (if you can tolerate the weekend crowd & at the very least the food is above average/generated no major dissatisfaction in 4-5 visits) and Fancy Breakfast Club.
Nutmeg in BV II and Nosh was inconsistent, but did managed to surprise with some good dishes.

The rest? It wasn’t worth mentioning. 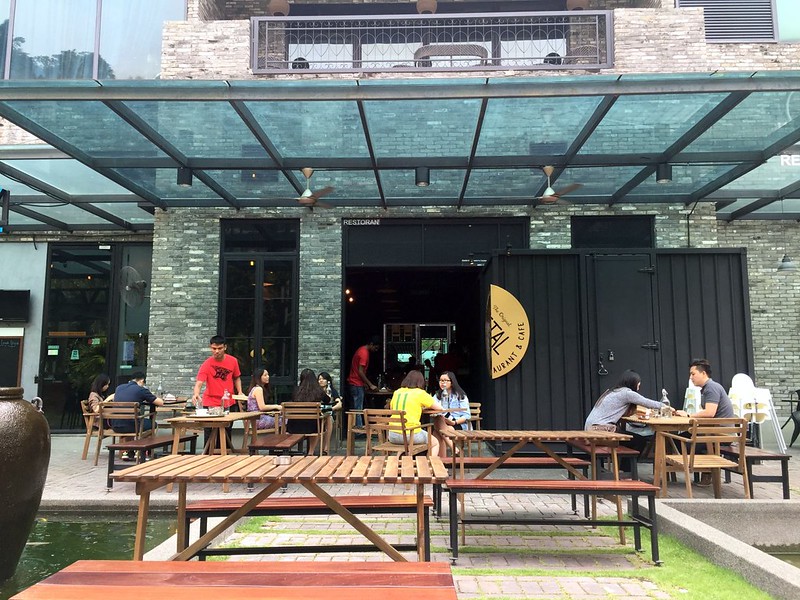 I was particularly intrigued to try Metal Box since we knew that the kitchen team (or was it the main chef?) was previously in charge at The Red Beanbag.

And there was this yuzu kosho butter sauce that they serve with their steak that really got my attention.

We must have made 3 attempts to eat that steak, but it never happened.
Fortunately, 2 visits and 6 different dishes later, Metal Box proven to be a fruitful endeavor.

I started with the Baked Eggs. Simply because I love baked eggs and the ones I’ve had at Breadfruits and The Red Beanbag was well executed.
And I particularly like it when I read “homemade cannellini beans“. 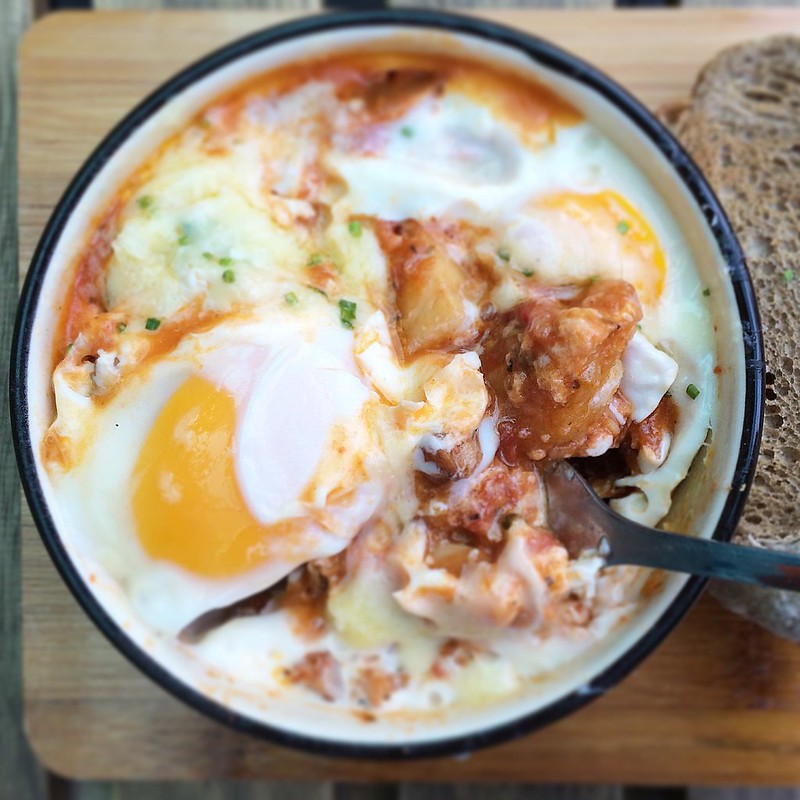 Choice of chicken /beef sausage, turkey ham or beef bacon.
Choice of 2 eggs (poached, scrambled, sunny side up or overeasy). 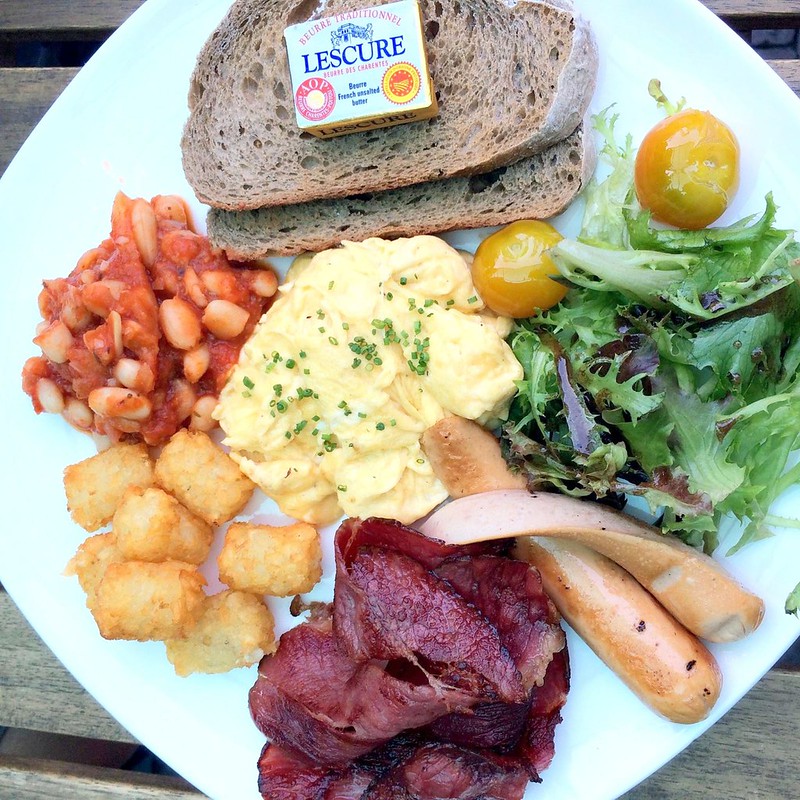 Verdict: Good value for the price, portion & taste.
“Big Breakfast” prices in KL/PJ ranges from RM20 (most likely cheap sausages/ham, 2 eggs, mushrooms plus a cheap hashbrown & a slice of toast) to RM40, depending on cafes.
Taking into consideration the Lescure butter, good bread and cannellini beans (yay, no Ayam brand red beans or even Heinz), I consider this plate good value.

Verdict: Not at the level of “must-try” but it is a unique French toast worth ordering if you are a fan.
While almost every cafe offers French toast for almost similar pricing, none demonstrate any level of “creativity” other than serving it with savoury items (salmon/poached eggs is a popular option now) instead of the usual sweet versions.
Here the crunchy crust has the desirable fluffy insides while the gula melaka replaced the standard honey/maple syrup. 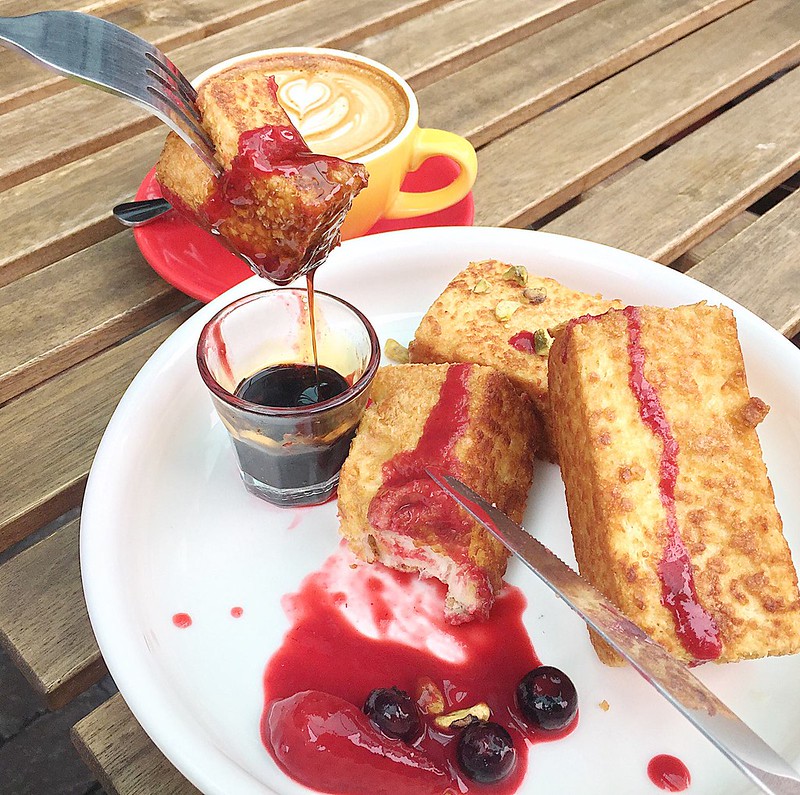 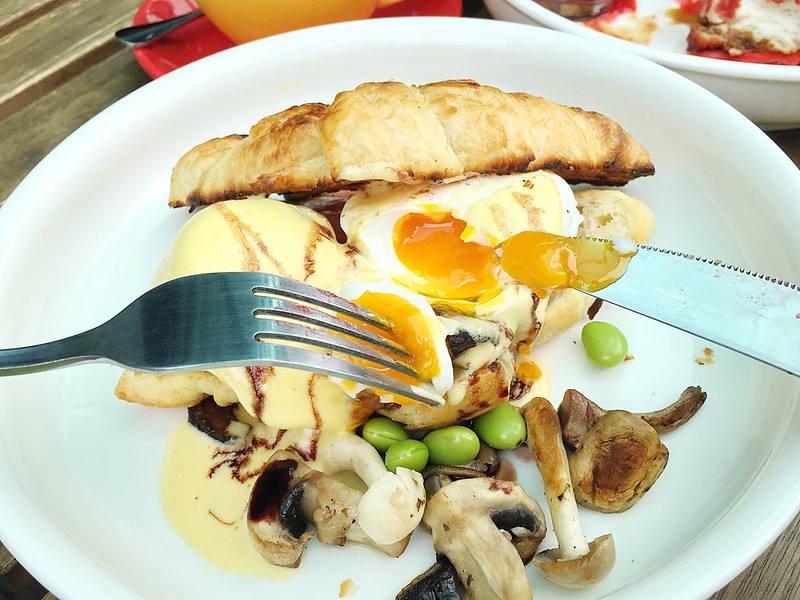 Verdict:
The eggs were a tiny bit overdone but wasn’t by a far margin so I’m not going to nitpick on them. Again I appreciate the chef’s efforts in using premium ingredients (no canned button mushrooms, high protein edamame) and the well made hollandaise sauce.
I won’t comment on the croissant since I’m very particular about how croissants should be. Besides, I didn’t eat much of it since I was over my carbs limit after the french toast.

The pancakes didn’t warrant any complaint, fluffy as it should be and was served with almost similar condiments as our french toast.
It sounded intriguing on paper – ‘gula melaka with a hint of Guinness‘ but we could barely taste the Guinness. 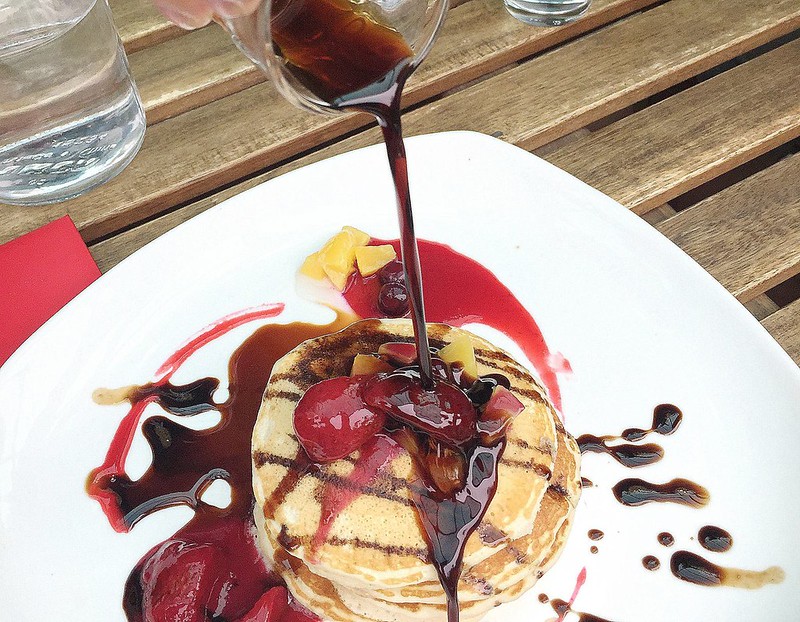 Feeling assured from the previous dishes, I decided to end our brunch with a dessert and regretted doing so.

Salted Caramel Apple Crumble RM14.90.
It was basically cooked, sweetened apples in a bowl, topped with some “cookies” (for the lack of a better description but it was written on the menu as “almond crumble”) plus a scoop of ice cream at the side.

U need an idea for a lazy crumble? This is it. 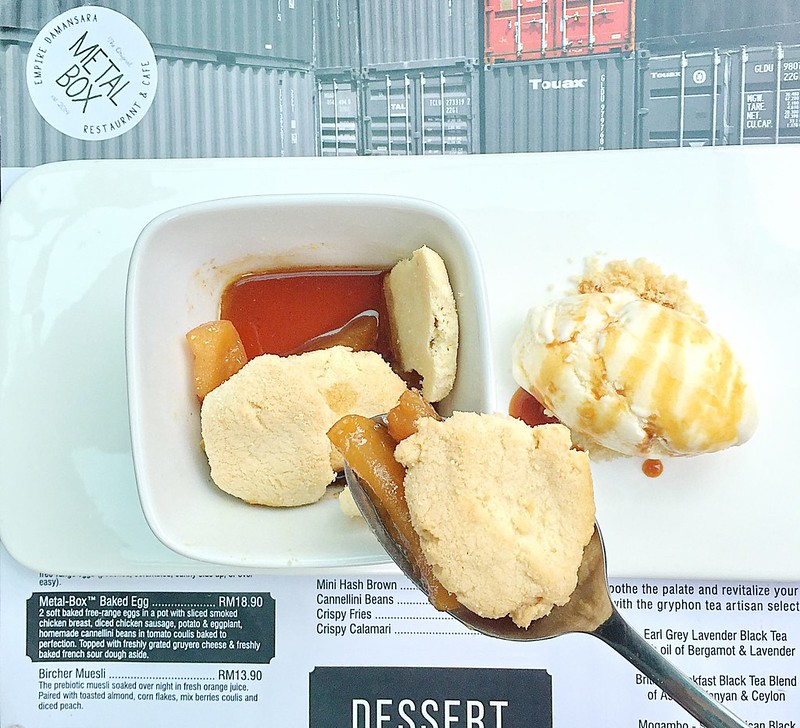 Will we be back?
For sure. And it will be for the steak with yuzu kosho sauce!