Wherever I’m at when I’m traveling, I make it a point to try to visit the local McDonalds and sample something uniquely available in that country. 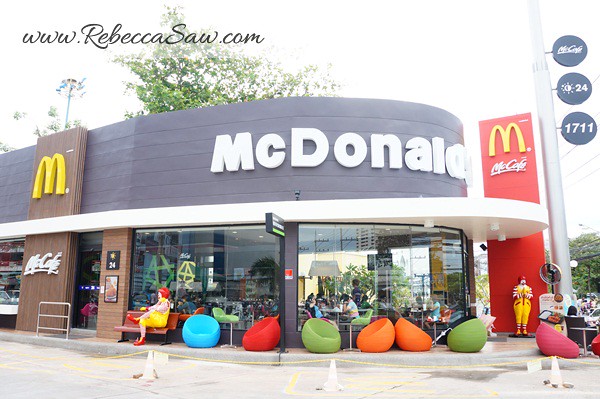 In Paris, there was the McBaguette. In Korea, the Bulgogi burger. In Thailand it has always been about their rice burgers.

Please don’t misunderstand, I’m not a Mcd fan and I don’t advocate eating anything from McDonalds. And some of their burgers  are dry and its size shrinks year by year so they now offer “double” burgers so consumers has pay more to eat more to be able to eat a substantial burger from McD.
Anyhow, it’s just fun to sample McDonald’s offering in other countries. And oh, especially so if there’s pork. 🙂 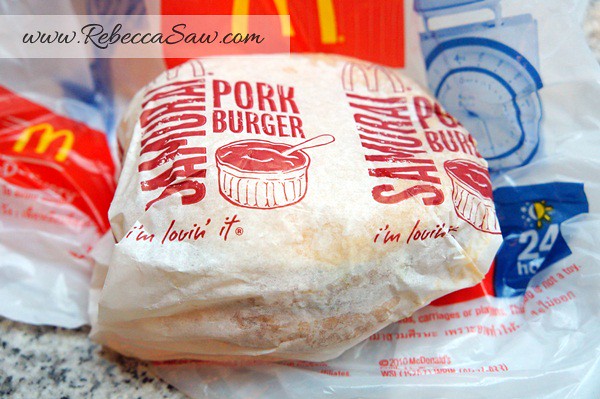 I’m not sure if it’s the rice burgers are a permanent feature on their menu as I always see it whenever I’m in Bangkok. However, it was conspicuously missing from the menu in the Hat Yai McDonalds when I was there.

The only pork option I had was the Samurai Pork Burger. It was about 60 – 80 baht (RM6 – RM8 ala carte). A friend bought it for me and she didn’t note the exact amount. 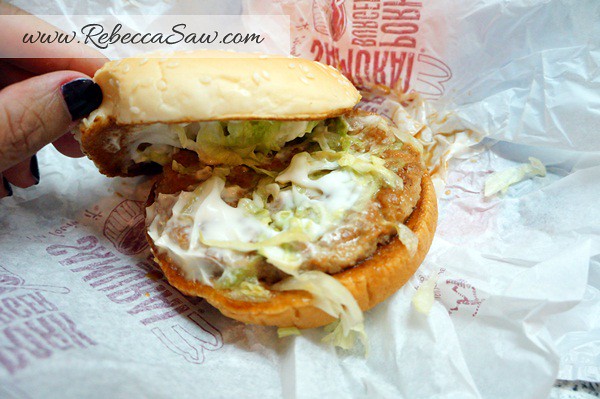 As you can see from the picture above, mayonnaise seems to be a cheap commodity in McDonalds. It’s absolutely ridiculous to add so much mayo in a burger. I could barely taste anything else. 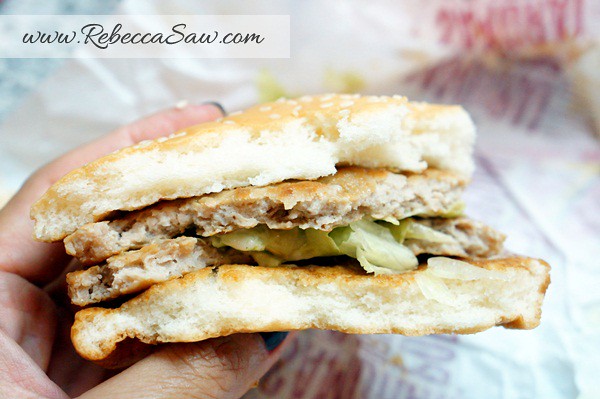 But get rid of the mayo and you might just enjoy this small compact pork ensemble. However it bordered on just decent; your average McD burger bun with pork patty smoldered in teriyaki sauce. It barely filled me up and the patty is so thin that I cut into 2, then stack them on top of each other for a better bite.

For the sauce, the Thais have American ketchup. I wonder how’s that different from “tomato sauce”?? 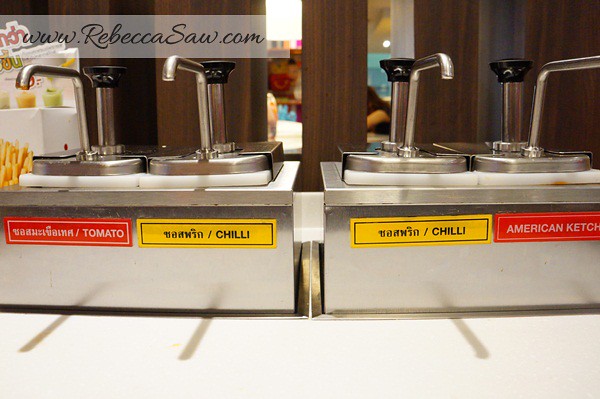 Another different burger they have here is the McSpicy Chicken Burger as well as the Teriyaki Chicken Rice set. Both didn’t really appeal to me. 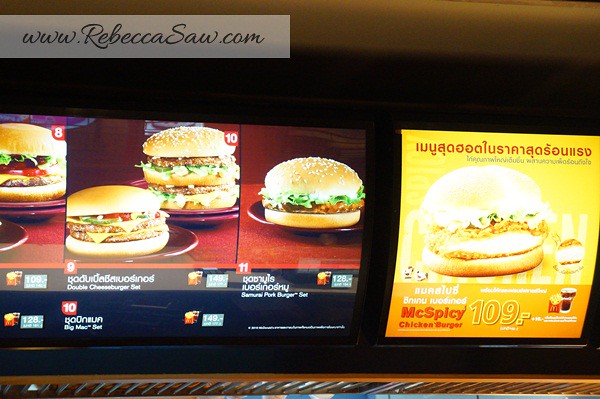 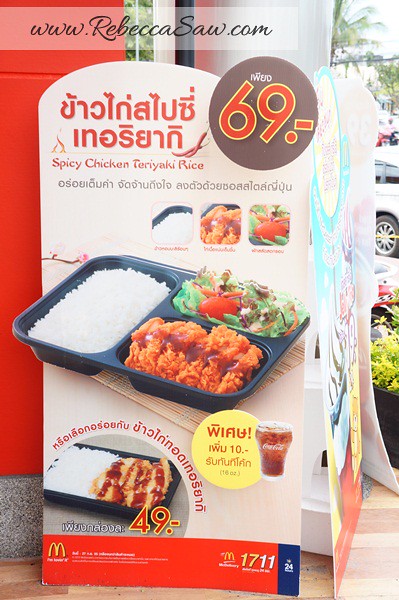 The Triple Beef was tempting, but just like the Tuna Pie, I had to skip since no one else wanted to try it. 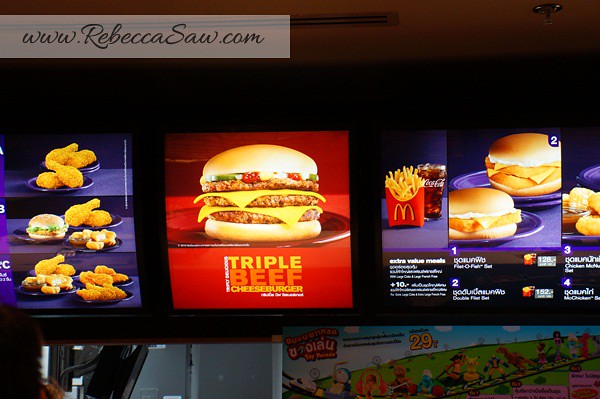 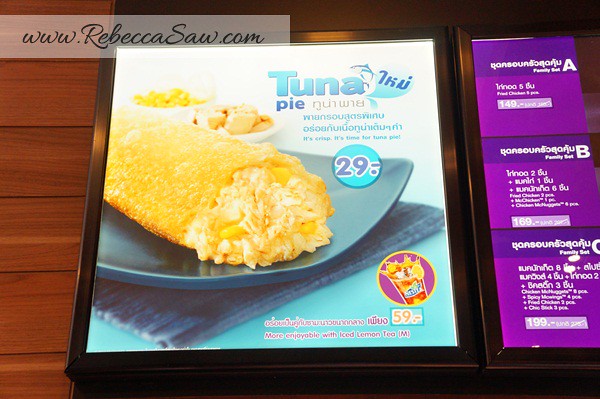 Ah well, there will be another time! Also, the McDs Hat Yai has ample powerpoints and comfortable seats compared to ours here! 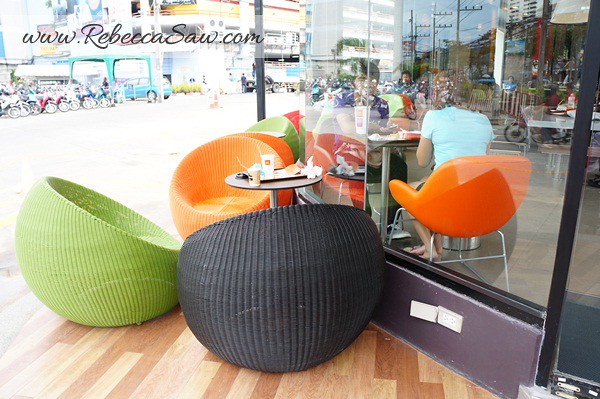 Just 2 weeks after I got back from Hat Yai, the Beef Samurai Burger, Sakura McFizz & Katsu Curry set started in Malaysia. It started slowly in some selected McDs branches, and it was just a while back that the whole set was available.

The moment I got back to KL from the Malaysia Tourism Hunt 2012, I hopped into McDonalds at Centrepoint to grab myself a set. 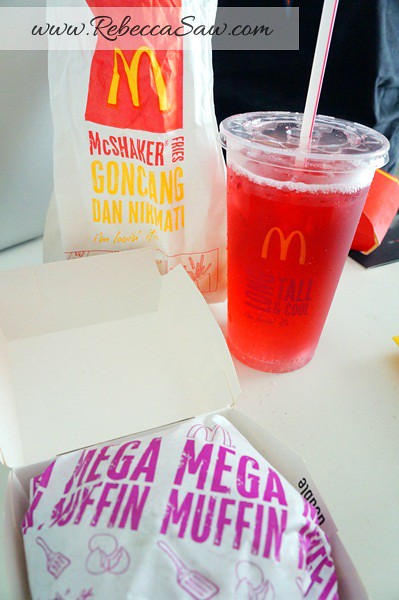 I stared at the wrapping of my Samurai burger for while wondering why it says “Mega Muffin”. Anyone knows?

This will be my first time saying that a beef version of burger at McD is better than the pork! Seriously, the Samurai burger is not bad. 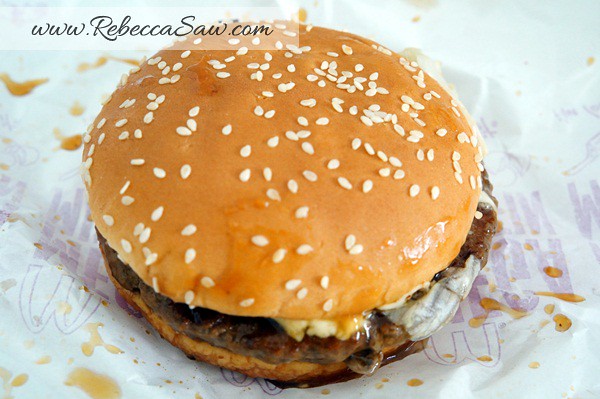 Bigger in size than the pork one, even the patty is substantially meatier. But there’s just as much mayonnaise (they call it “special sauce” but it tasted like mayo to me)! It was really a huge glob of sauce which I had no choice but to wipe it off so I could taste my burger. 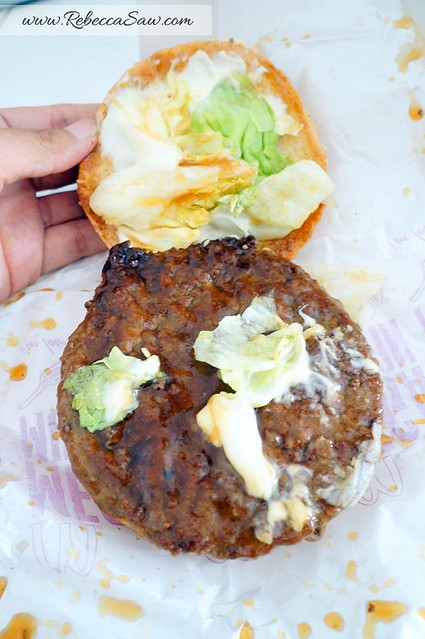 Similar to the pork version, only lettuce and the “special sauce” adorned this beef burger. The patty itself was covered with teriyaki sauce which some may find a bit sweet. 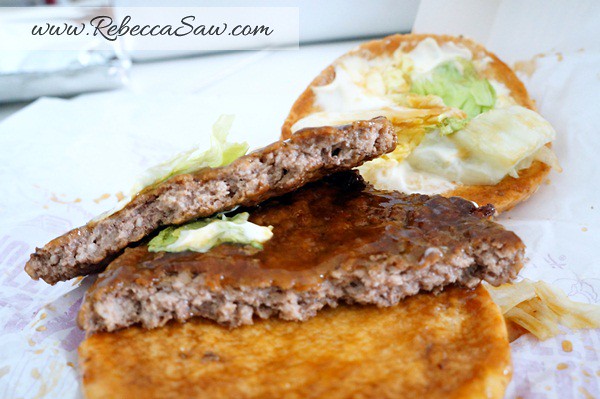 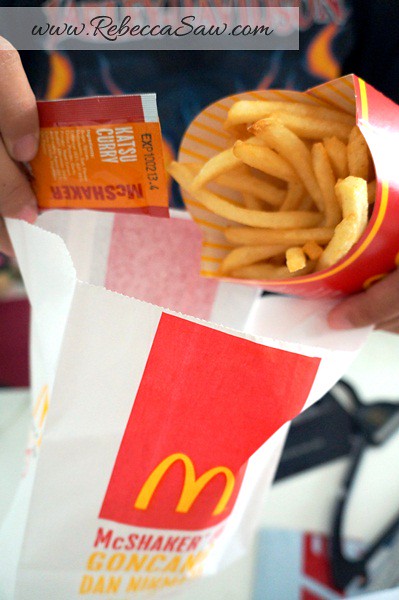 The taste of katsu was rather mild but I didn’t mind. My colleague Karen said I should have taken 2 packs of the Katsu curry powder! 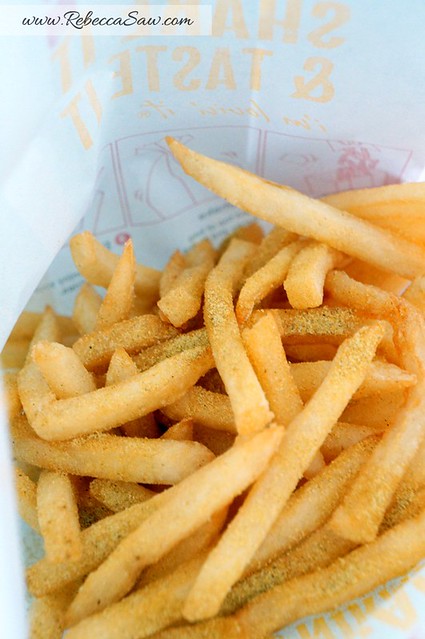 So has anyone else tried the McDonald’s Beef Samurai Burger? Did you like it?

Should you really want to get your hands on the PORK version, book your flight to Hat Yai with Firefly!
Current promo is RM99 onwards.

**The Hat Yai excursion was part of the media trip organised by Firefly Airlines as part of their inaugural Subang-Hatyai flight.

Firefly’s inaugural flight Subang – Hat Yai – Taking the flight and landing in Hat Yai!
Food in Songkhla Old Town – Coconut Ice cream with RAW egg yolk – Game to try it? 🙂
Songkhla Sight-seeing on the Singora Tram Tour – it’s FREE and we went to so many places!

Firefly Airline has commenced flight between Subang (KL) to Hat Yai (Thailand) as of 17th Aug 2012. Current promotion is RM99 one way till further notice.