Now that I can proudly announce that I’m the winner of the 1st season of Nokia’s reality web series The Influencer (www.lowyat.tv/TheInfluencer), I have been proudly showing off my Nokia Lumia 1520 too! 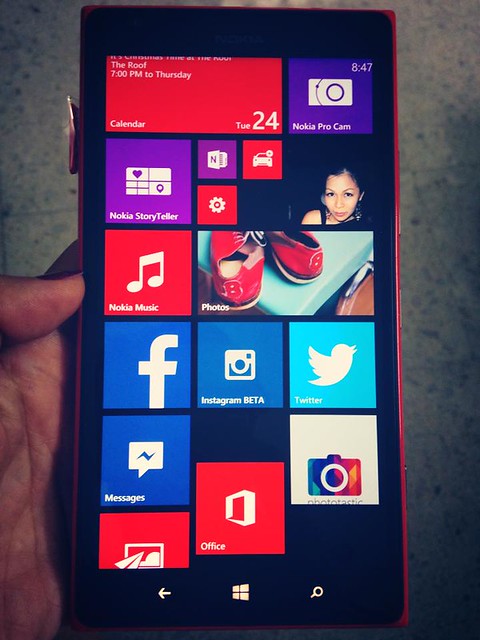 I will be using the Lumia 1520 as a second mobile unit and primarily as a camera and navigator. Because I move about a lot, that also means I would need a SIM card in it. I can’t rely solely on WIFI alone. 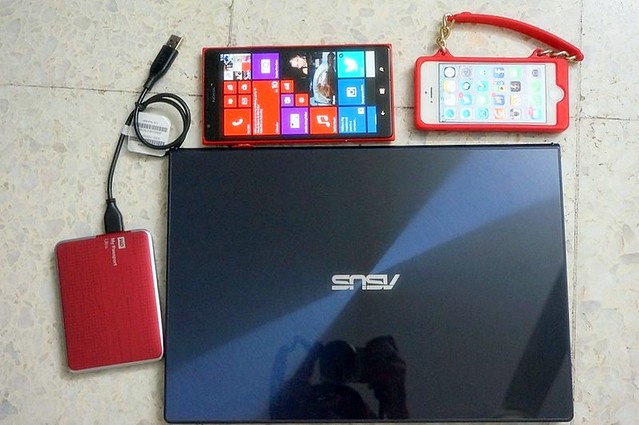 I checked around and with the recent launch of Hotlink 4G, I have found my ideal package.
If you remember, I was in the Maxis 4G Bloggers Blaze recently and had personally experienced the speeds of Maxis 4G network. So with the new Hotlink launch I had no trouble deciding on my choice of telco for my Lumia 1520.

A #Hotlink SIM pack is priced at RM8.80. I will then need to subscribe to a 1GB or 3GB monthly mobile internet pass, priced at RM30 and RM68 respectively.
From today til 28th February, I’ll be entitled to 50% more data; meaning I’ll get 1.5GB if I purchase the 1GB monthly mobile internet pass and similarly for the 3GB package.
To subscribe to the passes, customers need to dial *100# from their mobile phones after inserting the Hotlink SIM card.

In celebration of Chinese New Year and Hotlink 4G Maxis’ Chief Executive Officer Morten Lundal, together with the God of Prosperity and a group of 20 roller-bladers was seen handing out ‘Ang Pows’ to the public at the KLCC Maxis Centre and around the KLCC fountain area. 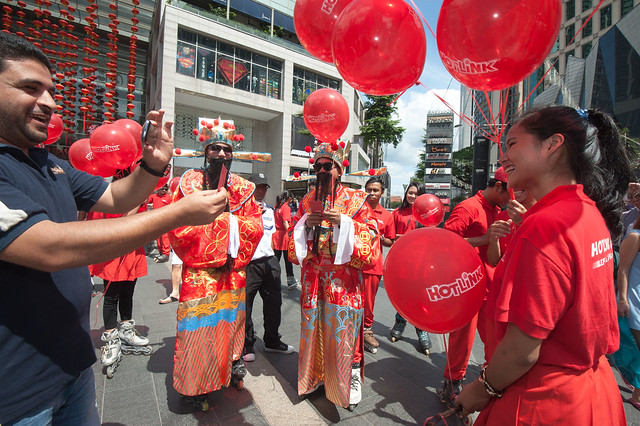 Over the next few weeks, the roller bladers will head towards roadshows in the Klang Valley, Penang and Johor Bahru during which the public can participate in exciting games and activities. 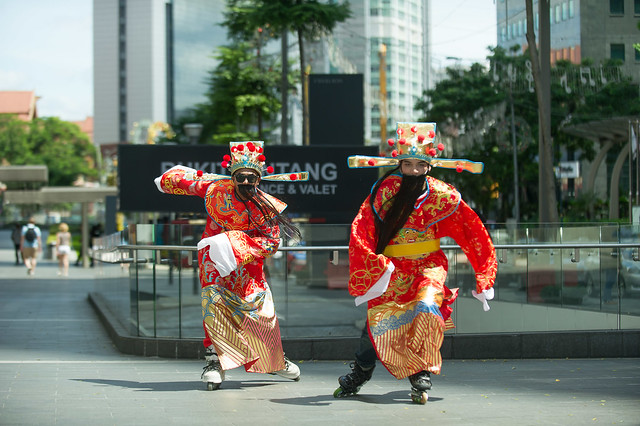 The final roadshow will take place from 7 – 9 February, where customers will stand a chance to win tickets to a special Hotlink-sponsored concert, featuring Taiwanese hip hop band Da Mouth and Hong Kong-based DJ Tenashar, on 15 February.
Subscribers of the 1GB or 3GB Mobile Internet passes (such as myself!) can also participate in SMS contests to stand a chance to win VIP tickets to the concert. 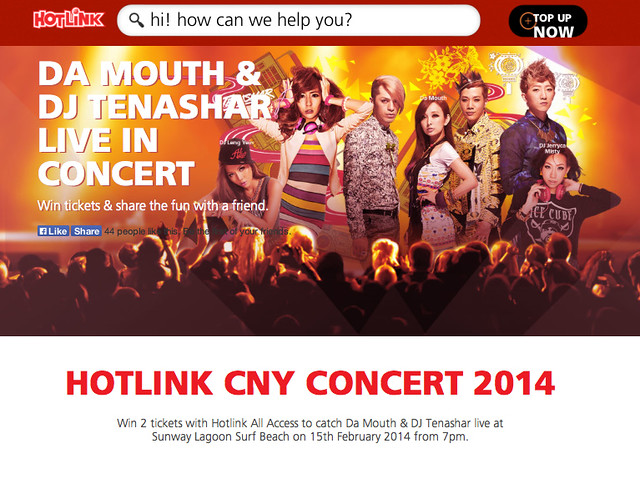 The best news is, I have 5 pairs of Hotlink VIP tickets worth RM288 each to giveaway! Are you one of the lucky 5 winners?

All you have to do is leave a comment  here on this post
1. A Hotlink SIM pack is priced at RM(insert your answer)
2.  Which of the DJs in the concert poster (as above) is your fav DJ?

To redeem, winner must supply their IC number, phone number, email address and they can collect the tickets at the Hotlink/Ticket counter upon arrival at the concert venue. Annoucement of the winner will be on 11/2/2014.
Good luck peeps and do start commenting away! 🙂