The last I sat down and sipped Cape Mentelle wines was when Robert Mann, Estate Director of Cape Mentelle, one of pioneers of Australian winemaking and Kate Lamont, West Australian Chef and Ambassador visited Malaysia in 2012.
Post link here –> https://www.rebeccasaw.com/cape-mentelle-wine-and-lunch-by-west-australian-chef-and-ambassador-kate-lamont/ 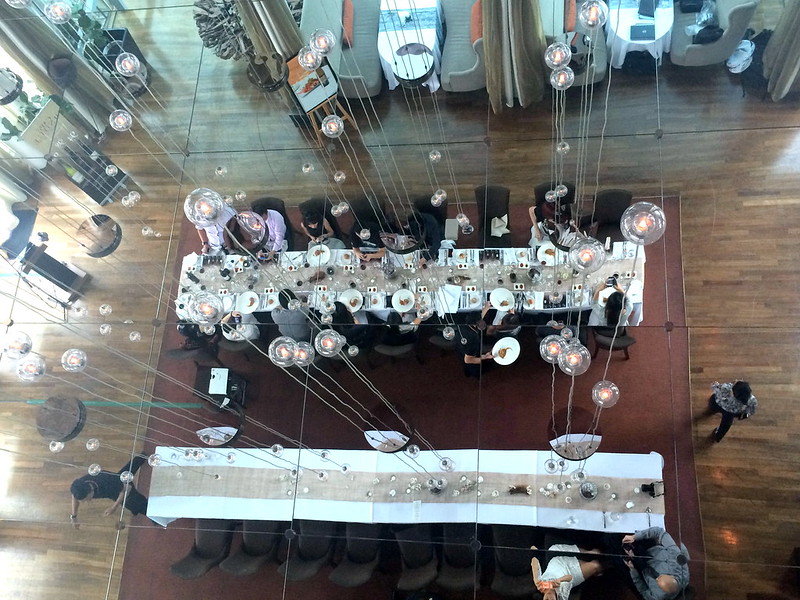 Fast forward 2 years later I had the honour to be in the presence of Cameron Murphy, the Estate Director of Cape Mentelle for a degustation lunch.
In his easy-going charm he regaled us about his travels, the Cape Mentelle vineyard and of course, the fine wines. 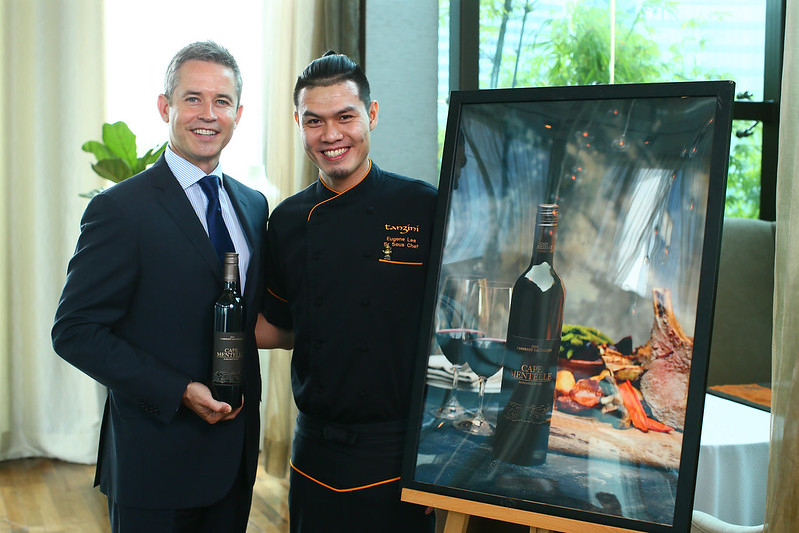 Johnny was as usual, hiding in the kitchen but Chef Eugene (just as brilliant a chef) materialised occasionally to explain each dish of the menu to us. 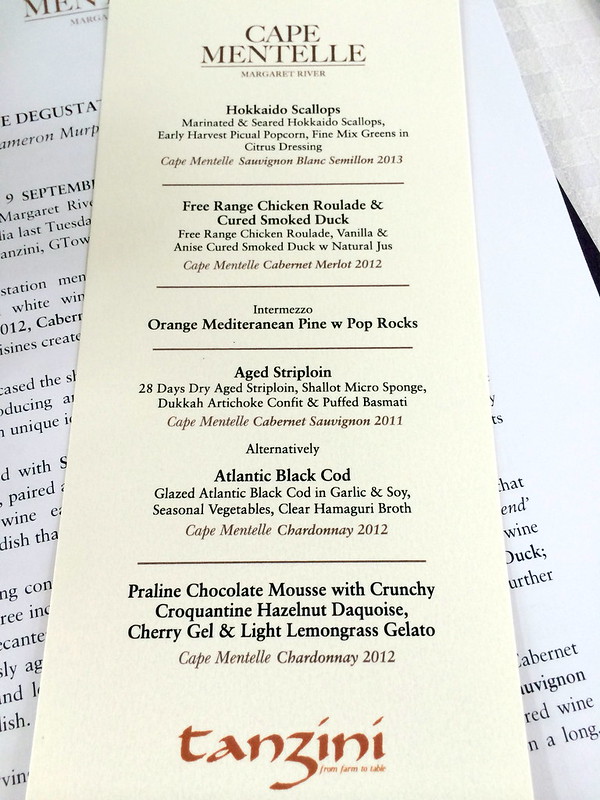 Cape Mentelle is rightfully proud of their Sauvignon Blanc and just like my lunch in 2012, the Sauvignon Blanc Semillon was the starting wine and paired with the appetizer.

The creamy, fresh and fruity Sauvignon Blanc Semillion paired superbly with the delicate scallops.
If you have a bottle of this, just remember that you can’t go wrong to match this with fresh seafood. 🙂 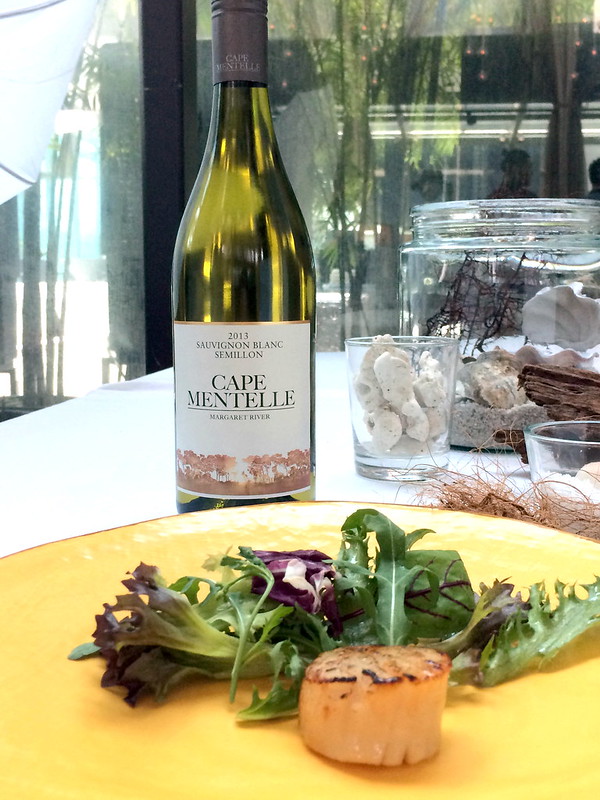 Cameron said 2012 was one of the best year for the Cabernet Merlot for Cape Mentelle as the waiter begin to pour the Cabernet Merlot 2012, a blend that has a fine pedigree including being awarded the trophy for ‘Best Bordeaux style blend’ at the 2006 Decanter World Wine Awards. 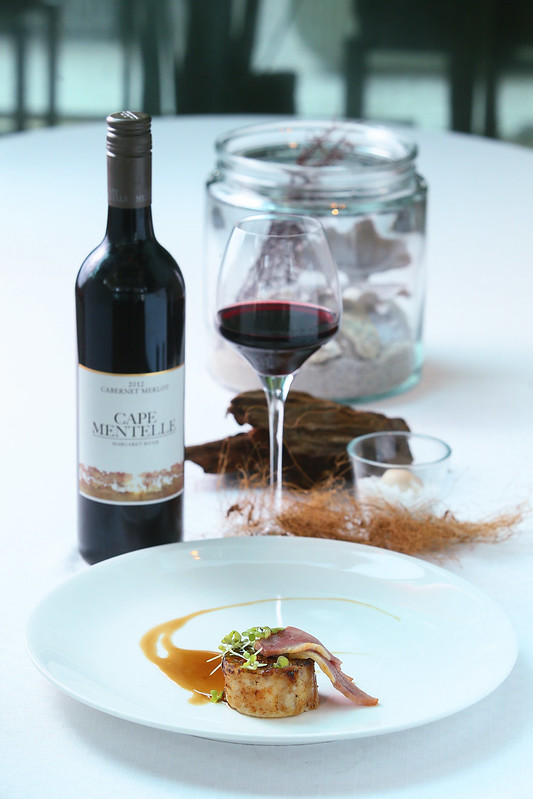 This blend of 70% Cabernet and 30% Merlot and its complex, medium bodied character was complementary with the Free Range Chicken Roulade and Cured Smoked Duck, a creation of savoury chicken roulade with chestnut and pistachio within its folds topped by slices of smoked duck.
This blend seeks to capture the depth and structure of Cabernet with the dark fruit and plush flavours of Merlot which when blended create a well-rounded, full and rich style, perfect for meats. 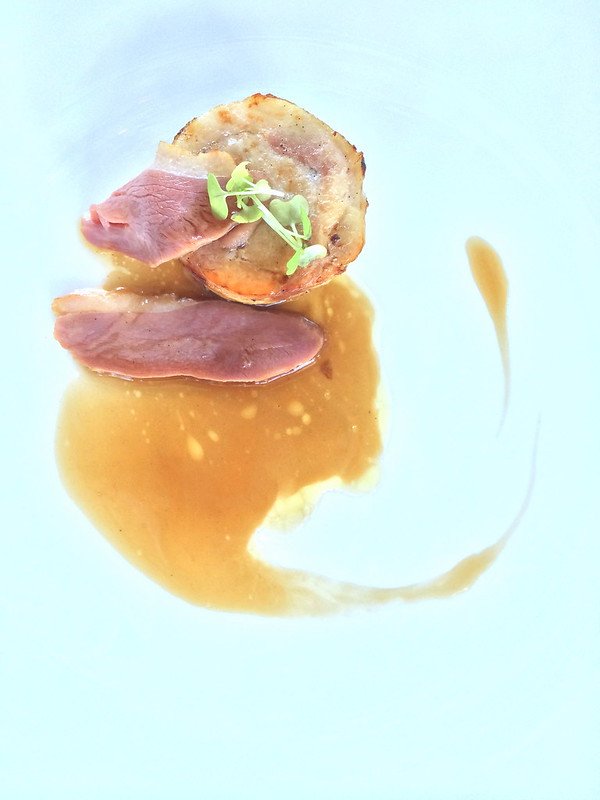 My main was the Aged Striploin, aged 28 days in the kitchen of The Upper Deck itself. I love my dry aged steaks and was pleased with Chef Eugene’s efforts.
The meat wasn’t bloody though it was medium rare because it is dry-aged so it couldn’t be bloody anyways.
Texture-wise it was tender enough for me though there was some mutterings that it was a tad dry. Perhaps I was lucky.

The sides of Shallot Micro Sponge reminded me of a steamed local kuih and I liked the fragrance of shallots from it. I used it to mop up some of the gravy from my striploin.
I love my artichokes and devoured the ‘dukkah artichoke confit’ on my plate. The puffed basmati was actually a basmati rice cracker. Very nice. 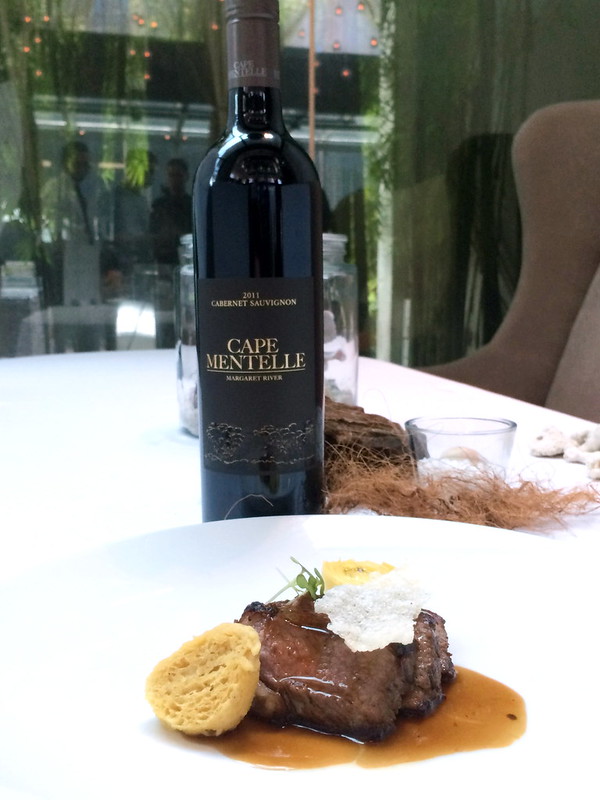 This was paired with the flagship wine of Cape Mentelle – Cabernet Sauvignon, sourced from Margaret River’s first grape vines.
The Cabernet Sauvignon 2011 highlights the rich and intensity of this red wine amidst its dense varietal characters of blackcurrant, mocha and tobacco on a long, perfectly weighted palate.

The Atlantic Black Cod is the best bet for those who do not consume red meat and it is paired with the finest Chardonnay by Cape Mentelle, the Chardonnay 2012.
The aromatic complexity and fine texture of chardonnay heightened its natural fruit intensity when harmonising with the fish. 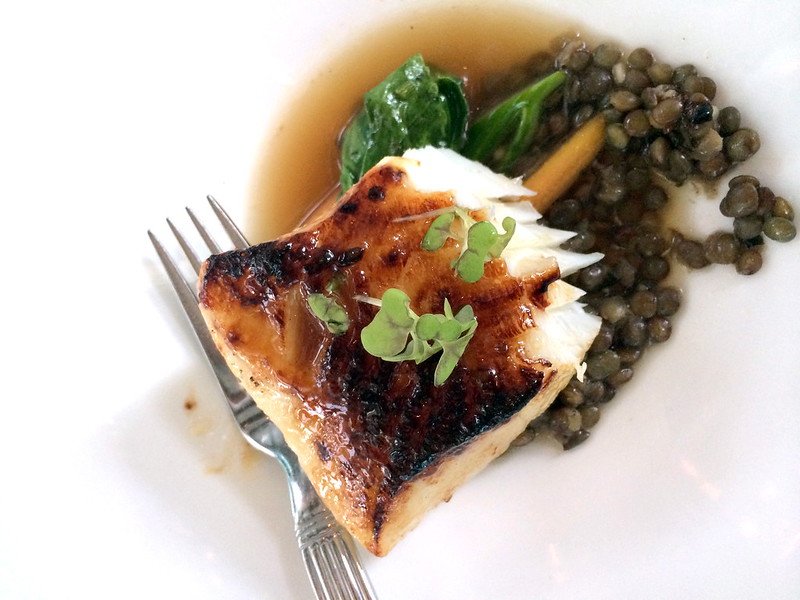 A unique dessert in the form of a Praline Chocolate Mousse with Crunchy Croquantine, Hazelnut Daquoise, Cherry Gel and Light Lemongrass Gelato closed the meal. 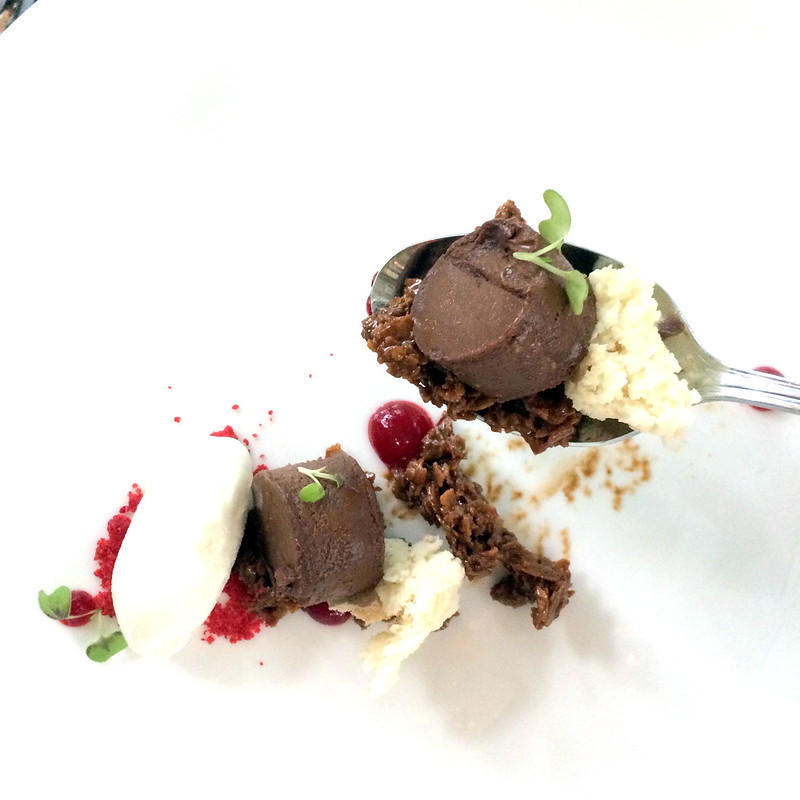 This dessert was matched against the Cape Mentelle Chardonnay 2012, with the acidity flavours of lime, pear and grapefruit of the white wine nicely rounding out the nutty, rich chocolate flavours. 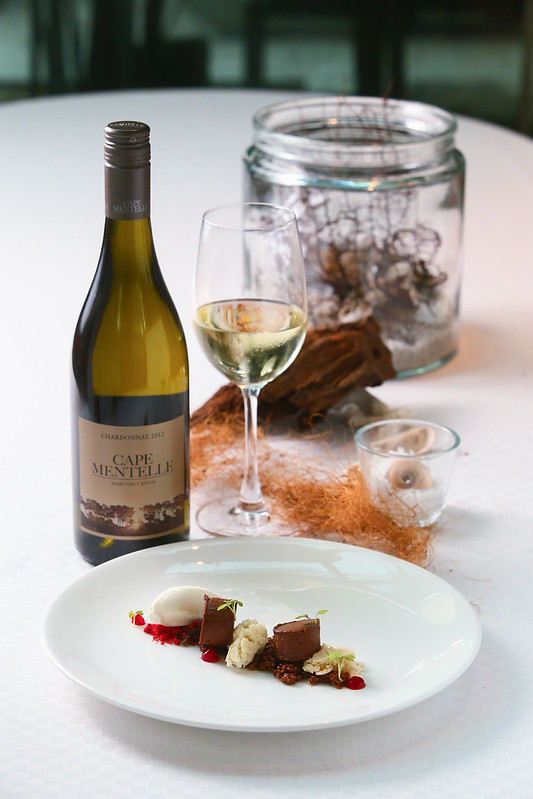 From 6th October till 5th December 2014, Cape Mentelle in collaboration with Tanzini will feature a pairing promotion comprising of a 4-course degustation menu for RM400++ for two persons; where each course will be paired with a bottle of Cape Mentelle Chardonnay, comprehensively showcasing the range of wines that lead the portfolio. 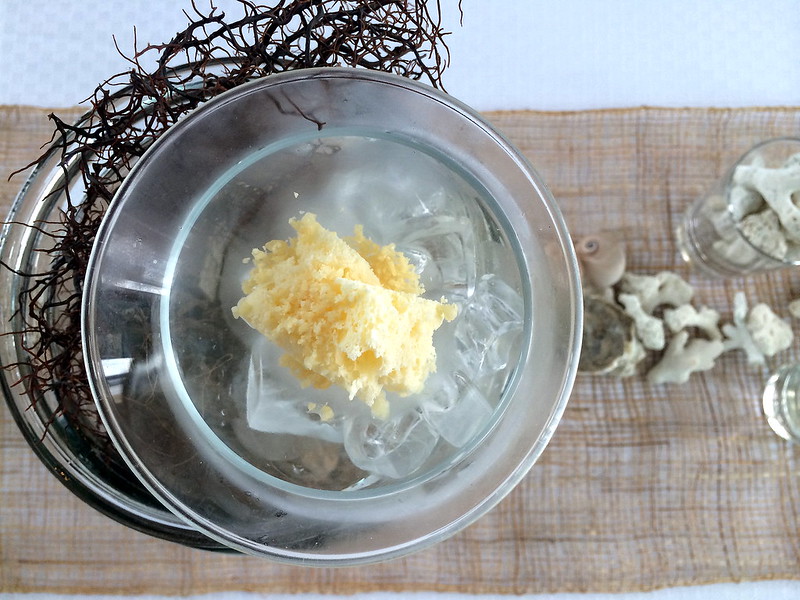 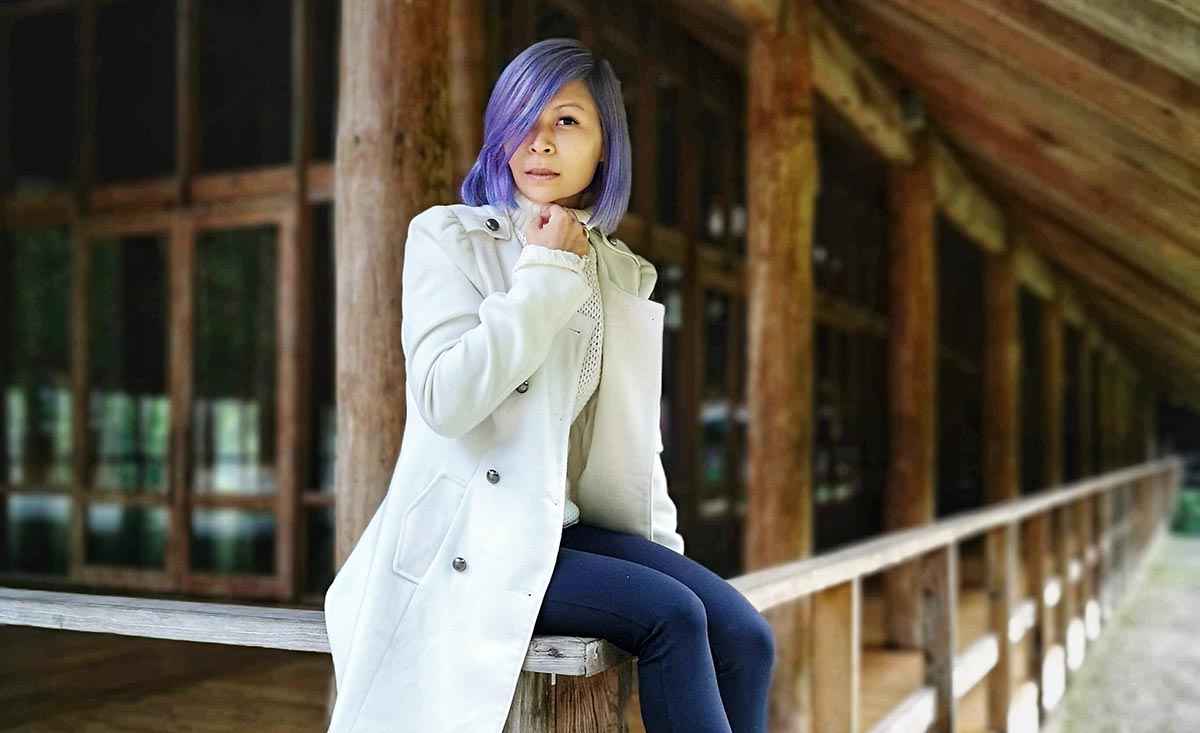