Here’s a good tai chow place so near to me and I haven’t stepped in before in my decade of being a KL-ite.
Well, I don’t eat at such “tai chow” places much since I usually dine alone or at most with 2-3 friends. 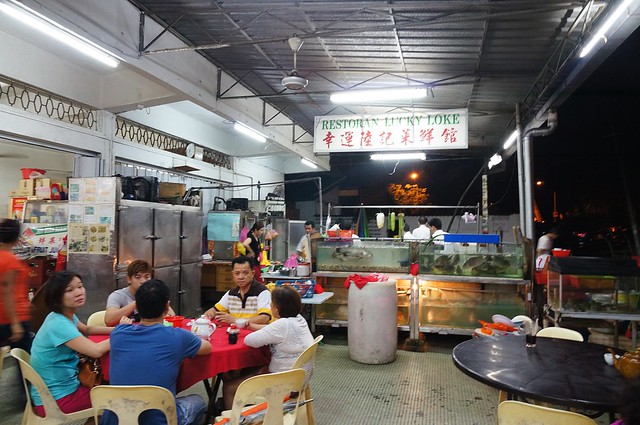 Besides, I’m more of the western food kinda of person so I generally select new and “modern cuisine” venues whenever I make plans for a group makan outing.
It’s not that I do not like Chinese food; mind you, it’s just that most tai chow places in KL/PJ tend to be heavy-handed with oil, MSG and salt; all of which I’m rather sensitive to.
Also, these places are usually open at night, and I’ve never fancied a heavy dinner due to my diet.

Ok I think I have given enough excuses as to why I don’t blog about tai chow much. Let’s get to the point here.

Back to Lucky Loke.

I’m here because a friend of mine (of which I trust his palate) said it is one of his favourite daichow venues. He even arranged for a dinner here so I could try the food.
Heck, I didn’t need much convincing to say yes! 🙂 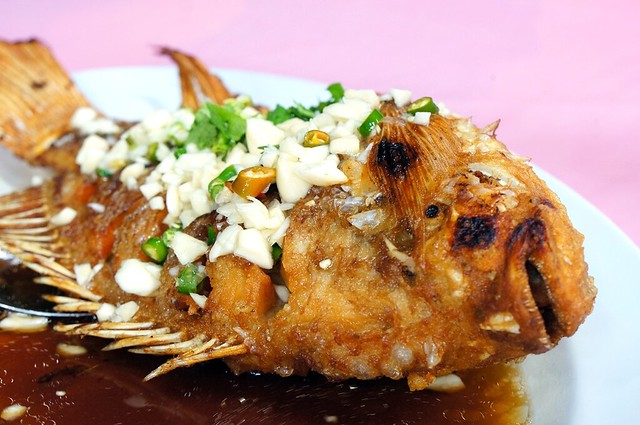 Lucky Loke is “hidden” since the actual coffeeshop bears the name “Restoran Kean Fatt”, a corner shop-lot in SS3, Petaling Jaya.The kitchen is at the back portion of this outlet.
Stepping in, my eyes widen at the open kitchen. Big woks, pans and fire all coming together to serve the freshest and best dishes to their diners and the intense concentration of the kitchen team is clear.
Tanks of freshwater sea-life on display allows diners to select their dinner.

Service is brisk and food arrived at our table in 10 -15 minutes after our order was taken.
My friend ordered the Lucky Loke signatures of Garlic Fish, 3 cups chicken and stir fry pork belly with brinjal.

The Garlic Fish was adeptly fried, a testament of the chef’s skill of handing the fire, temperature and timing. The fins and skin was fried to a crunch yet the flesh remained moist and sweet within. I had always thought frying is a waste of a good fish but I had to admit this was darn good. In fact one wasn’t enough for us so we ordered another one!
The fish lay upon a shallow pond of piquant, sweet and salty gravy and coarsely chopped fresh garlic plus bird eye chillies adorned the top. 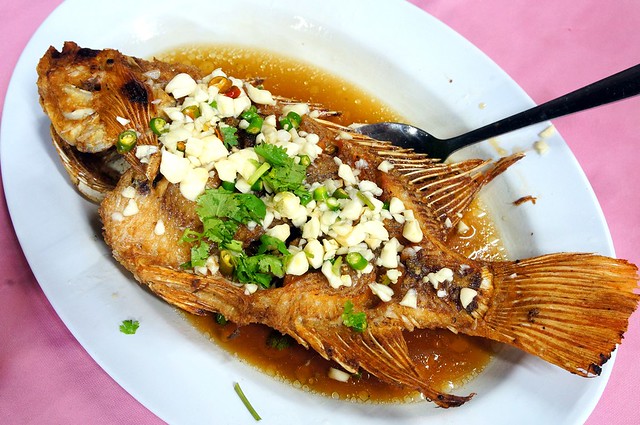 I found most versions of 3 Cups Chicken in Malaysia either too salty or greasy. Lucky Loke’s however, are superb. The chicken meat is tender and moist and the sauce was just of the right balance of salty and sweet.
For those who don’t know, 3 Cups Chicken is named as such as because the sauce is made up of equal parts of the traditional “three cups” of sauces – soy sauce, sesame oil and Chinese rice wine.
Chopped chicken are braised in this sauce and done right, the caramelisation on the chicken pieces is wonderfully simultaneously sweet and savoury. Served with rice the Three Cup Chicken is a pungent, lipsmacking main course. 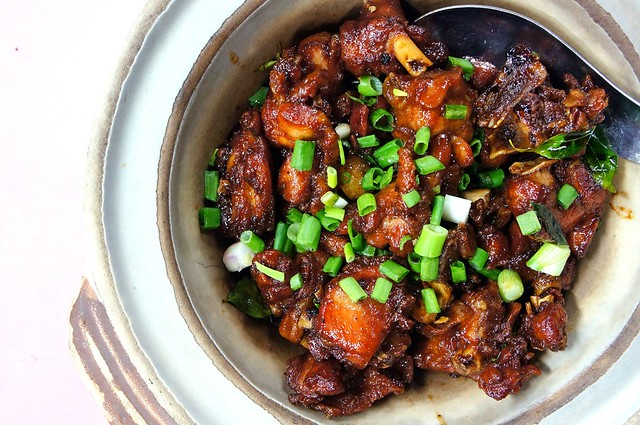 I apologise for this blur photo. I was too eager to dig into the food. It’s the only photo I’ve got of this Claypot Pork with Brinjal so I’ll just had to include it here so you’ll know what to expect.
Tender pork belly slices, crispy at the edges and coated in its delicious sauce plus soft brinjals (I’m a huge fan of brinjals in general), pork lovers must order this. 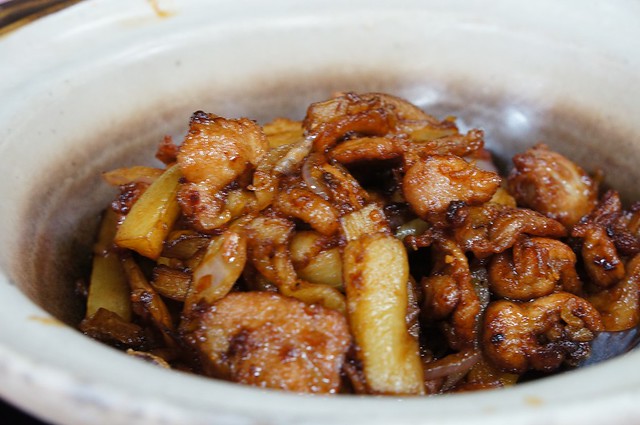 Salted Egg Prawns. An observation about food here at Lucky Loke; whether it’s deep fried, braised or in sauce, none of the dishes we had that evening was overly salty or greasy. 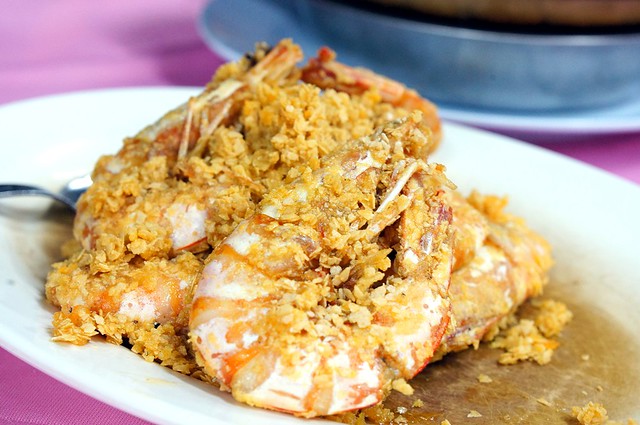 Another fish, this time in curry. Very mildly oversteamed, but just barely so I didn’t complain. Anyhow I love steamed fish and I finished almost half of this. 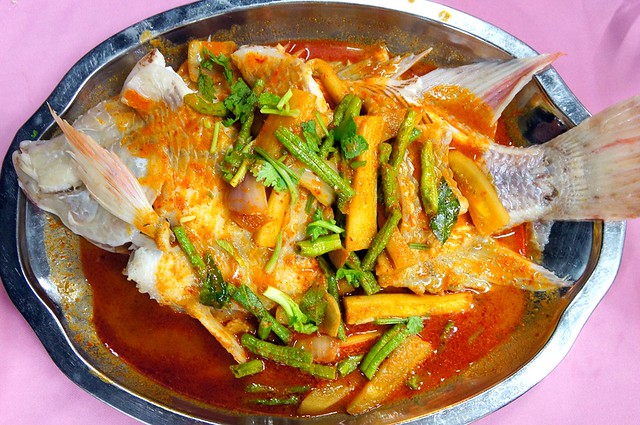 Some fibres. For the sake of fibres.
Simple but nice. 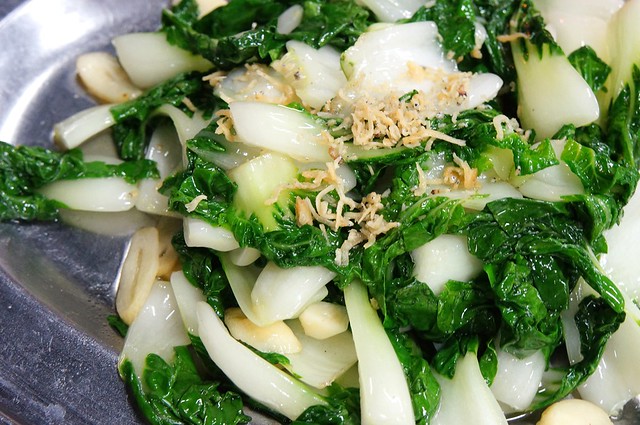 This is nostalgic. Steamed minced pork with salted egg on a bed of steamed egg. 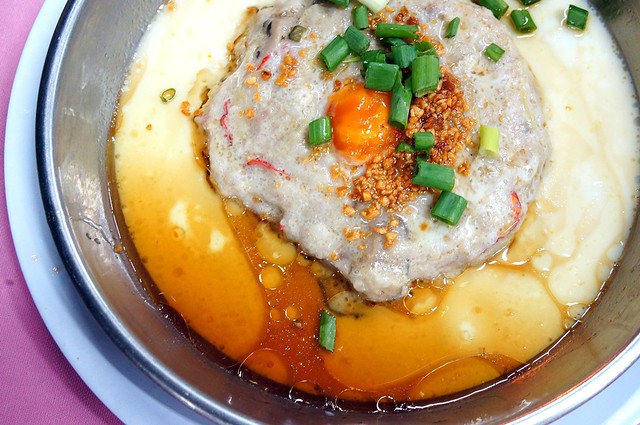 Total bill = RM260.00.
Verdict?
We ordered mostly their signatures so it made sense that every dish was good. To be fair, the overall preparation and taste was well executed (based on the dishes we had) so I don’t think the other dishes will fail badly.
Anyhow, when in doubt, go for the signatures! 🙂