Las Delicias in Citta Mall apparently has a strict no-photography policy. Or rather, that policy was in place when I was there last Sat night. A fellow food blogger who visited a week before was spared the unpleasant experience that we (ulric and I) encounter when we were there, probably because that particular staff wasn’t present at that time of his dinner.

Great food. Bad customer relations. Would you dine at such a restaurant ? 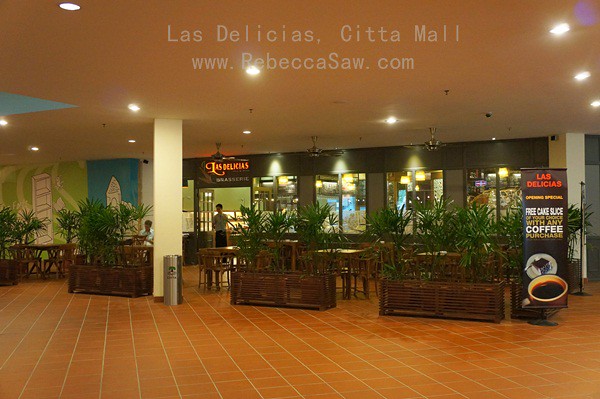 Citta Mall is fast affirming itself as the upcoming hip and happening mall in the PJ vicinity. While the more strategically located SSMall is still unable to excite the epicureans in us, Citta Mall’s outlets are surprisingly noteworthy, with most outlets offering intriguing fusioned cuisine but there are still the good old Chillis, Subway and Pappa Rich for those who rather stick to the familiar. 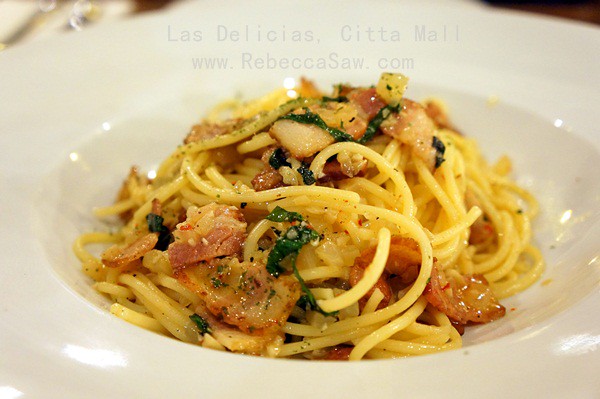 Las Delicias’ food are by no means cheap,  but you paying for its premium ingredients and skilled preparation techniques. Most of the dishes were faultless; while the desserts were to die for. 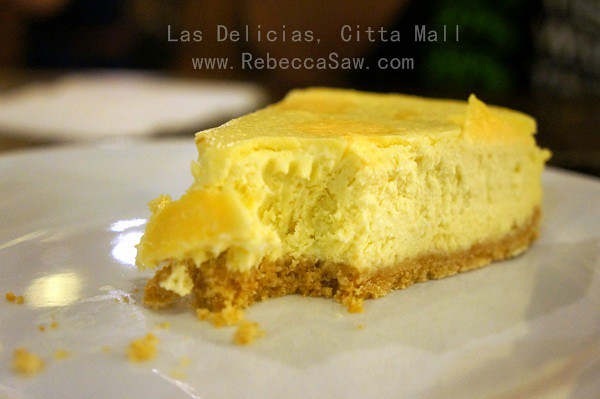 The only menu in the restaurant is the blackboard on the wall. Walking in later than my dining partner Ulric, I was taken back when he told me that he was “told off” by the “supervisor” that no photography were allowed here. And if we wish to take any, we would need to seek his permission first.

Fair enough, I thought. One should always respect a restaurant’s policy.

Ulric showed me who I needed to seek permission before I can start to be shutter-happy, and I went up to him and requested politely to snap a picture of the display counter where VERY delectable looking quiches and sandwiches were on display.

His reply?
“We do not allow any photography here, but like I have told your friend here, I shall make exceptions for you two tonight.” While that sentence was harmless enough, the very snotty air and impertinent way of communicating it wasn’t. Not a very good natured person myself, I bristled and asked “So may I take a picture of the display counter? And of my food later?”.

His reply: “No, we do not allow photography of your own orders either.” And with that he walked off and focused on his cashier machine, without as much as looking up at us standing there feeling rather dumbfounded.

Ulric consoled me; “No worries, I have taken some when I came in, before he came up and stopped me. So I can share these pictures with you if you want.”
Well, that wasn’t the point. The point was such disgracious attitude in a service staff was atrocious. I wanted to walk off there and then, but poor Ulric came all the way from KL city, and he was really looking forward to sampling the food here. I decided one unpleasant experience for him in one night is enough, and went to take my seat quietly.
Meanwhile I looked around if there was any senior staff that I may communicate my dismal experience with, but at that point of time, there was only a caucasian guy who seem to be pretty oblivious to the situation on the dining floor.
We started with the Pork Bacon and Scallops pasta. RM34++. 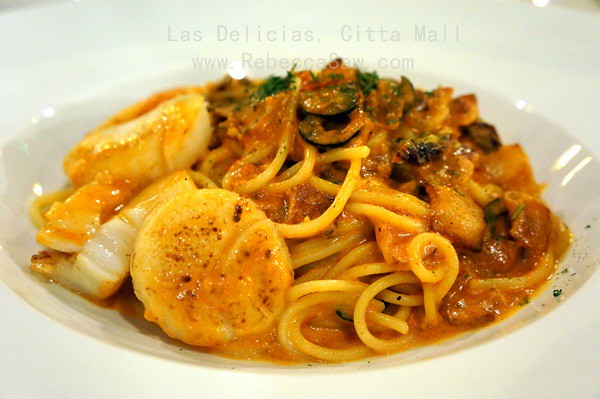 But somehow at the point of order, there was a miscommunication of sorts and we were served both a Pork Bacon Pasta AND a Pork Bacon+Scallop pasta. Credit to be given where it is due, the wait staff apologized immediately and took the dish back without an issue. 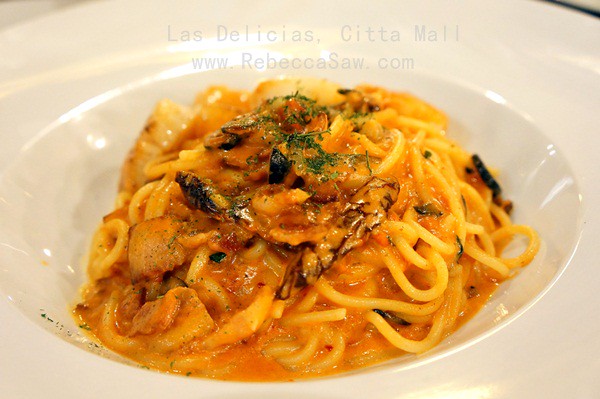 Kitchen service was brisk and our orders was timely. The excellent Duck Confit RM39++, was recommendable. Even for a sodium intolerant diner like me, I didn’t have any trouble with the dish. The outer layers of the duck was as crisp as it should be, and the tender flesh within was flavourful and delicious to eat. 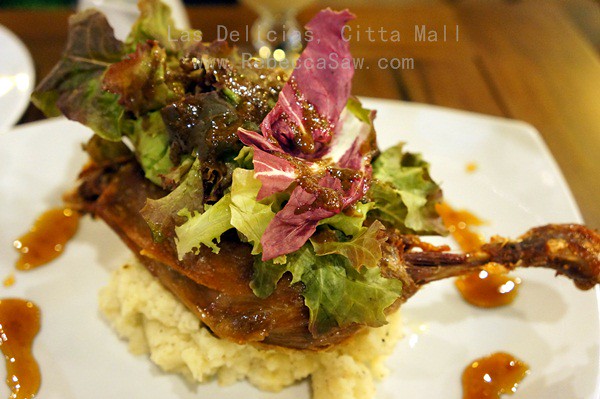 Duck confit in herb oil, served meclun mix, mash and plum sauce. All of us enjoyed every part of the dish, even the plum sauce, the dressing with the salad and of course, the fresh, spuddy mash. 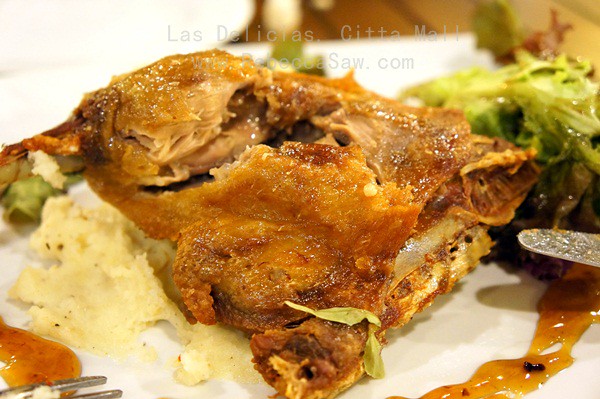 Though less al dente than I would have liked, the pasta was good as well, cooked in a spicy light tomato cream sauce that stayed true to its name “light”. The luscious scallops was seared nicely, and the insides remained juicy and sweet.

Portion were reasonable too for the price. 3 of us shared 2 mains and 2 cakes. For the sweets, I ordered the Coffee and Chocolate Brownie RM6.90, while Ulric added a Double Cheesecake (RM10.90).

This was misleading for a “brownie” as I expected a dense, rich brownie cake but it turned out to be “sponge” quarter with chocolate coating. 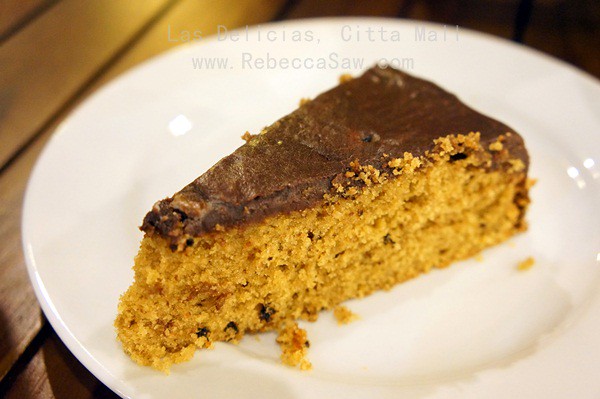 BUT it was utterful delightful! I loved the moist but non-greasy texture and the mild coffee aroma. Even the chocolate layer wasn’t too sweet and we appreciate the quality of chocolate used.

However, it was this Double Cheese Cake that got everyone addictively digging in till the last crumb though we were stuffed. Luscious yet non-cloying, this would be the  ideal texture of a cheesecake for me. The biscuit base was crunchy and non-greasy, yet it didn’t break apart when we handled the cake. 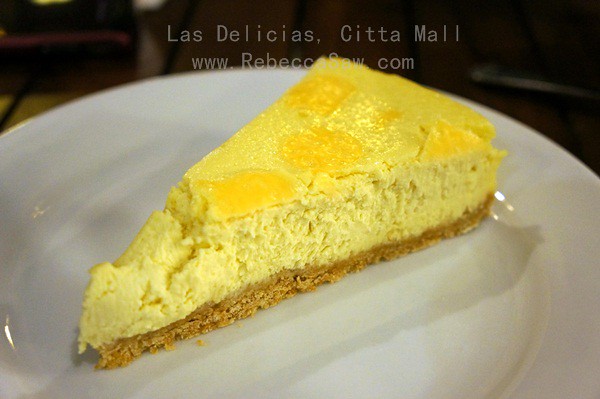 We only had 2 cakes but I must say I was impressed! A dessert lover and a fussy one too, I certainly must convey my respect to the baker, who I incidentally found out that she was from New Zealand. No wonder!
The Australians and New Zealanders has great recipes for cakes (not that sure about breads as the Italians, French and Germans are better known for that) though I find Australian confectionaries a bit too sweet.

So will I revisit Las Delicias even after the offensive experience above?

The answer is YES, for while selecting my desserts, the Operations Manager came up to me and asked for feedback. Naturally, I told him about my appalling experience and he was very apologetic about it.

Well, at least I ended my dinner on a better note. 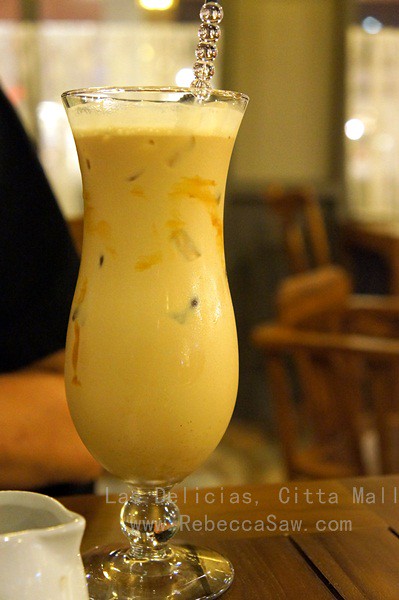 We were all not in the mood for alcohol that night but Las Delicias has an extensive selection of wines, including Japanese wines and Sapporo beers on draft. Obviously Las Delicias is targeting the night drinking crowd as well, which is a smart move, as there isn’t any pubs within the vicinity other than The Saujana.

Ah, here’s another juicy titbit that I found out, Las Delicias is managed by the same group of people behind:

So guys, any comments about Las Delicias? 🙂