Kids in Charge! To Rule Thistle Port Dickson – Search for 10 Children to form Advisory Board

Port Dickson, Malaysia has for decades been a holiday haven for families. One particular resort however, stood out from the rest with its recent unprecedented bid to improve its offerings to young ones and to make their experience at the resort a truly unforgettable one.
In doing so, the Thistle Port Dickson Resort has taken on an initiative to designate ten children into a provisional Advisory Board whose main task will be to deliberate and suggest exciting and fun activities that can be implemented just for kids.

What? Kids to decide on a hotel’s program? Kids to propose and develop original ideas towards enhancing kids’ experiences and creatively discuss the implementation of these ideas?
What an original idea! I thought. But it is doable? 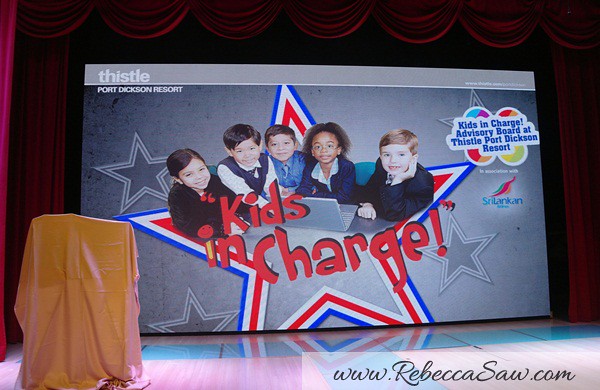 Well, the search for the Kids in Charge! advisory board was launched recently in Petaling Jaya. As part of Thistle’s Corporate Social Responsibility (CSR) efforts, some 65 children from 6 local schools and homes, including Agape Home School and Home of Peace were invited to be part of the campaign launch. Also present at the event were Simon Farr, Regional Director of Operations of Thistle Hotels, Mr Chinthaka Weerasinghe, Country Manager Malaysia, SriLankan Airlines and Mr KJ Wong, General Manager (GSA), SriLankan Airlines.

“Children today are more astute than ever before. Looking after them and meeting their needs is serious business. Very often hotels tend to focus on being hospitable to adults, but in our efforts we neglect to take in the expectations of this very important demographic of guests. As grownups, we can very easily lose sight of their needs. This is why we’re taking this very seriously at Thistle Port Dickson Resort, to ultimately allow kids to decide what they want. ” said John Murphy, General Manager of Thistle Port Dickson Resort. 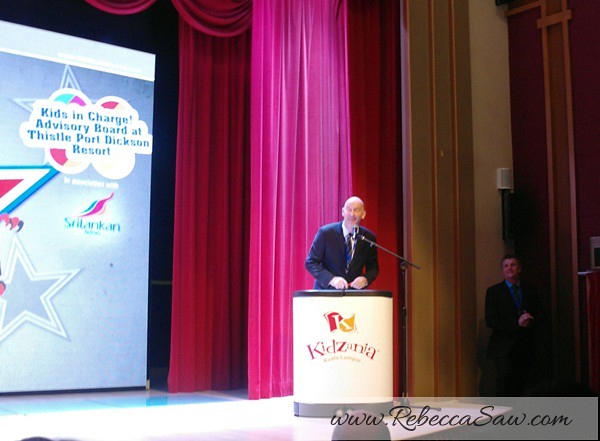 In fact this video of “Kid President meeting President Obama” was shown during the event to remind us that adults and kids can and should work together to achieve collective objectives and goals. 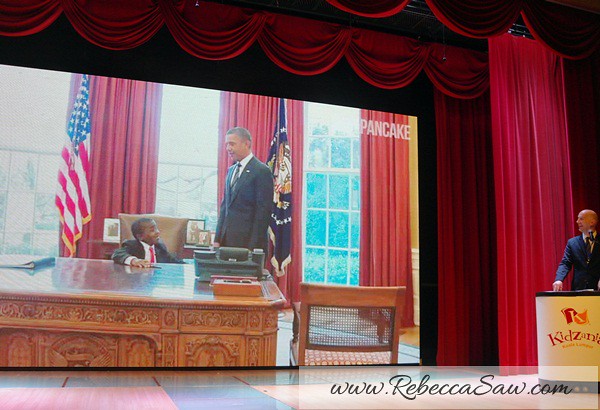 BELOW: Kid President and President Barack Obama met face to face in the Oval Office to discuss how kids and grown-ups can work together to change the world. This meeting is proof that dreams can come true and ordinary people can do extraordinary things.

The nationwide search is open to all children aged 7 to 12 years old residing in West and East Malaysia, including children of expatriates. Kids interested in participating just need to get their parents/guardian to download the entry form from Thistle’s website (www.thistle.com/portdickson), answer three questions and obtain the consent of their parents/guardians to participate by way of their signature on the form.

All entries received will be reviewed by a panel of six judges and narrowed down to 10 finalists who will be inducted into the board. Each of the 10 board members will be provided with four 3D/2N stays for a family of four at Thistle Port Dickson, during which the respective board meetings will convene. In all, 4 board meetings will take place over a period of four months until December 2013, after which the board will be dissolved. 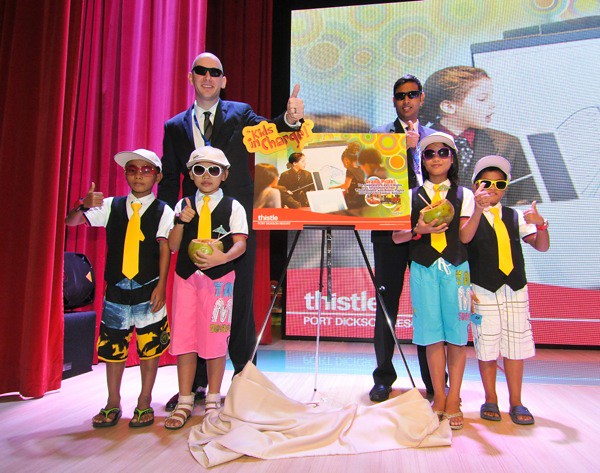 The board will be working closely with John Murphy and Chinthaka Weerasinghe who are part of the judging panel to study the creativity and feasibility of the ideas proposed. The most creative and feasible ideas will be implemented at the resort.

At the end of the four months, the board member with the most creative idea and best overall performance, as determined by the panel, will be rewarded with a 6D/5N stay at the Thistle London for a family of four including return air tickets, courtesy of SriLankan Airlines. 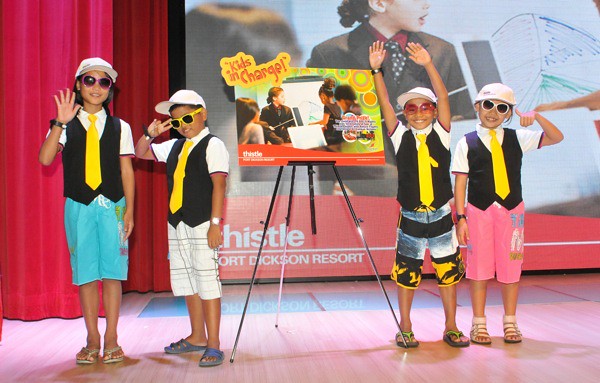 Entries for the Kids in Charge! project will be accepted until July 31, 2013. Get your entry form here (www.thistle.com/portdickson)!

About Thistle Port Dickson:
The idyllic Thistle Port Dickson Resort, located just 80km from Kuala Lumpur is set in 36 hectares of tropical landscaped gardens, along a 3-kilometre stretch of a private sandy beach in Teluk Kemang, one of the most popular beaches in Port Dickson.  Already recognized by a host of awards and accolades, including the 2012 Certificate of Excellence from Tripadvisor, Thistle Port Dickson Resort boasts 251 luxuriously furnished rooms with views of either the Straits of Malacca or the resort’s very own golf course. All room bookings at the resort include complimentary unlimited wi-fi, watersports, golf, tennis and many other activities. Looking for a place to stay is not easy. You’ve got to take into account the cost of rental (if renting), furnishing, location and amenities