While I was on my project of seeking halal outlets few months back, I visited a few restaurants that serves Chinese style food; outlets that serves pork free or halal outlets.
The realization of how insanely popular (and perhaps extremely profitable?) such businesses are was an eye-opener.
The Muslims do love our Chinese cuisine; especially the steamed fish, sweet sour meat and all the salted egg and butter milk dishes! 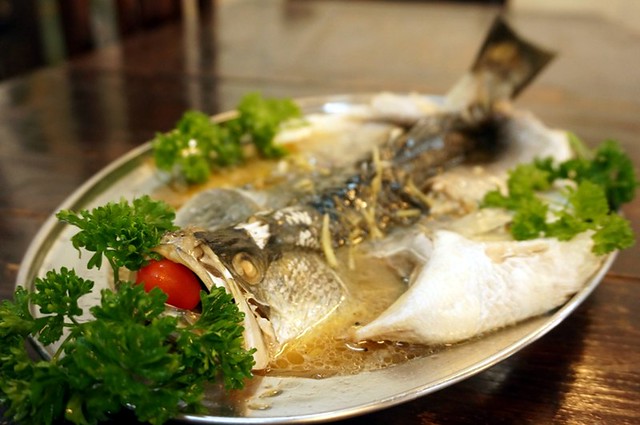 Dong Yi Shun Chinese Muslim Restaurant at Kelana Jaya was one of the eateries I visited.
Besides restaurants, Dong Yi runs 2 food processing factory in China. So Dong Yi Shun Sdn Bhd is a company operating in Halal food business which was incorporated in 1995 in Ningbo and has since extended to 11 restaurants in Hanhzhou, Shanghai, Shaoxing and Yi Wu.
With such history, food served here is assuringly China – Chinese Muslim food. 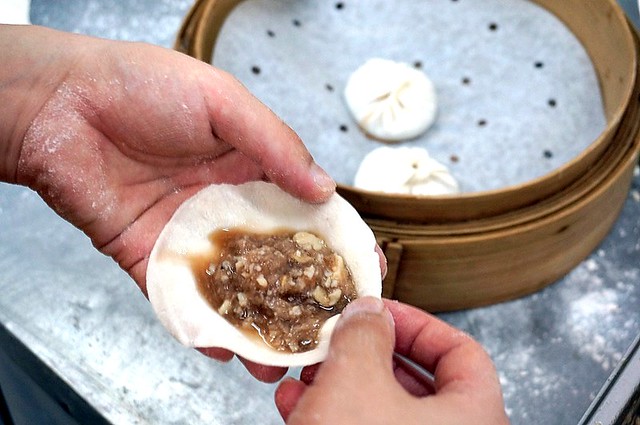 The 1st outlet in Malaysia opened in 2006 in The Summit Shopping Mall. After a few years it shifted over to The Strand in Kota Damansara before moving to its current location in Dataran Glomac at Kelana Jaya.

So far there is only one outlet in Malaysia but Restaurant Manager Firdaus did mention that a new outlet in Kajang will be open in April 2014. 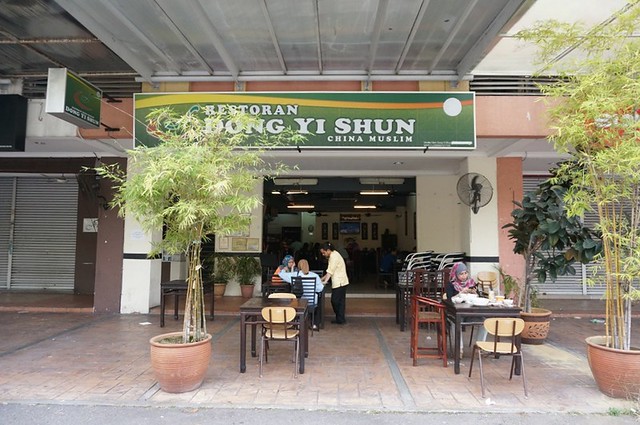 While other Chinese Muslims restaurants in Klang Valley serves Cantonese Chinese fare Dong Yi Shun stands out from the crowd with its Northern Chinese Islamic cuisine. 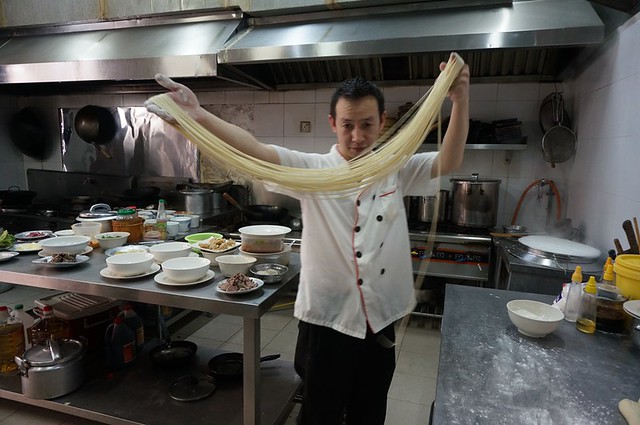 The shoplot outlet is clean, simple and well ventilated with ceiling fans. Some of the furniture and art pieces on the walls exude an Oriental feel and reminisces of a banquet restaurant. 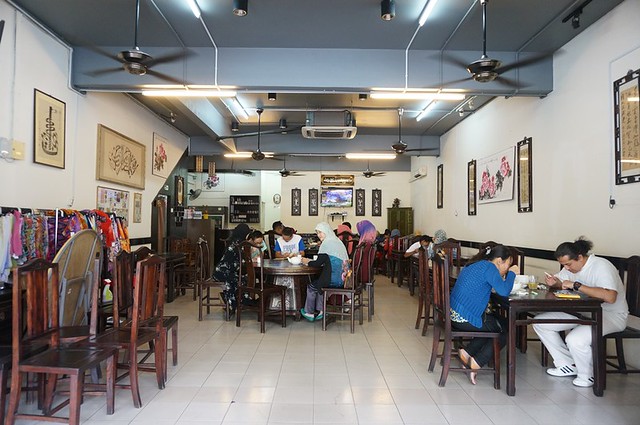 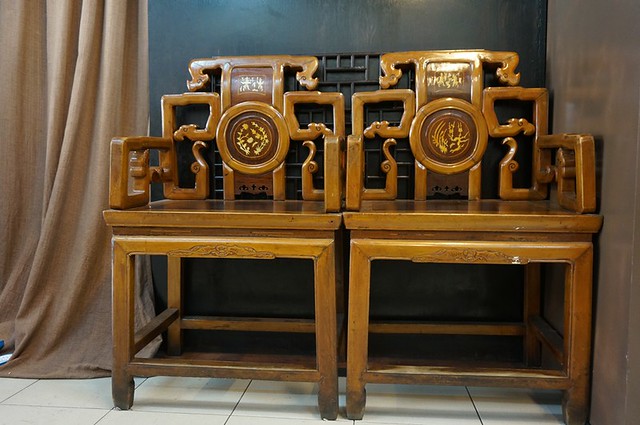 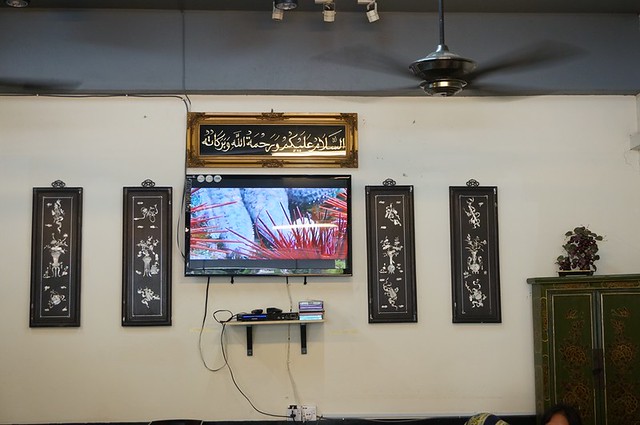 I watched Chef Ayob, the Muslim cook from China as he folded, kneaded and pull a lump of dough continuously until it formed long strands of really thin noodles. The La Mian is made upon order and I had the opportunity to observe him as he prepares my Szechuan Spicy Chicken La Mee (RM7.80). 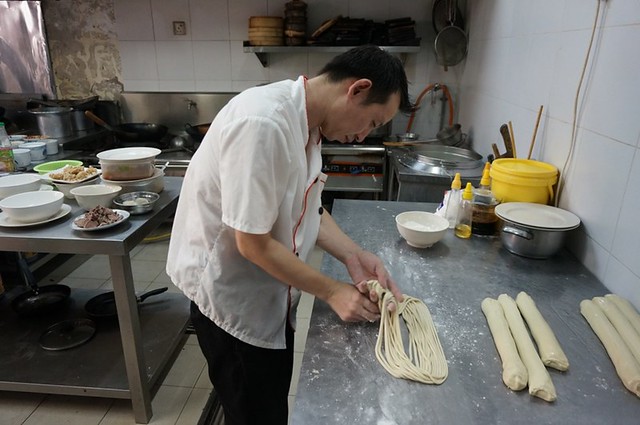 The noodles were cooked separately before the soup stock was poured into the bowl. Then a ladleful of Szechuan Spicy Chicken topped the bowl and its gravy flavoured the whole bowl with a mild spicy flavor. 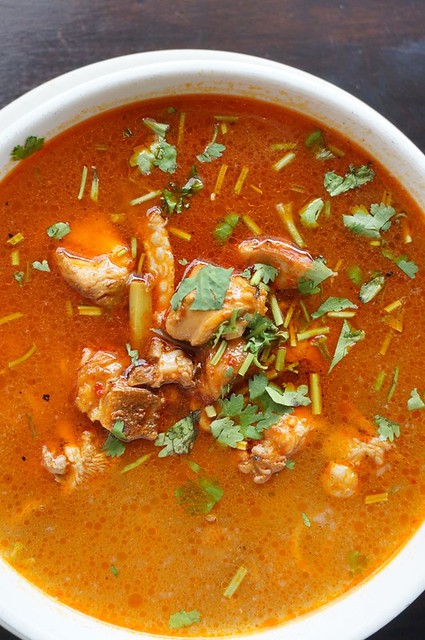 This was very appetizing though one has to manage expectations if this was ordered. The term Szechuan usually imparts an expectation of fiery spiciness and the name of the dish said ‘spicy’ as well but it turned out to be rather mild in flavor. Anyhow this is ideal for those who are intolerant of extreme spiciness. 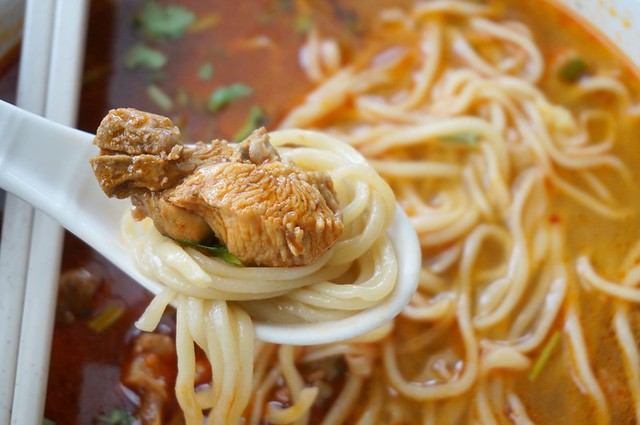 The Lan Zhou Beef Lamee (RM7.80) was rather plain and again, recommended for those craving for a clear, light consommé with noodles. 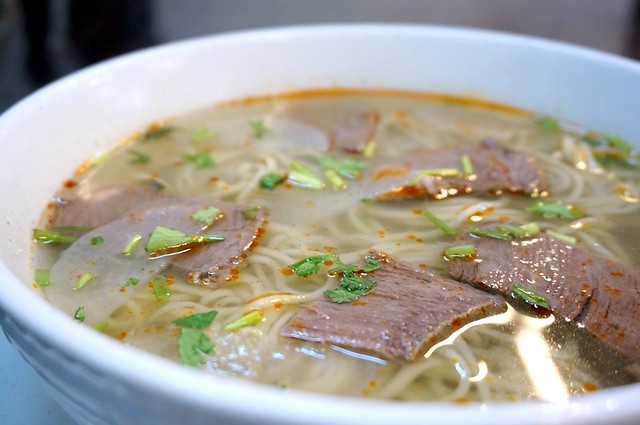 Other than the la mian I managed to observe the making of my Xi’an Bao with beef and soup filling (RM8.80/ 6 pieces). 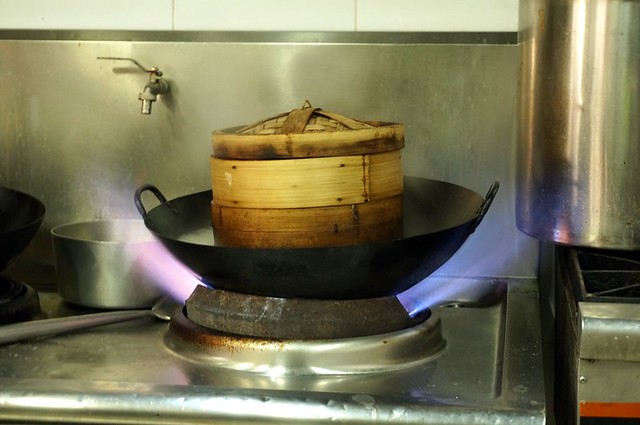 This is freshly made upon order as well. The beef fillings and soup were carefully wrapped in the dumpling skin, steamed on high heat and served in steamer basket.
One has to be careful in eating this as each pouch contains scalding hot beefy juices which spurts out once the skin breaks.

Anyhow that’s half the fun of eating xiao long bao! 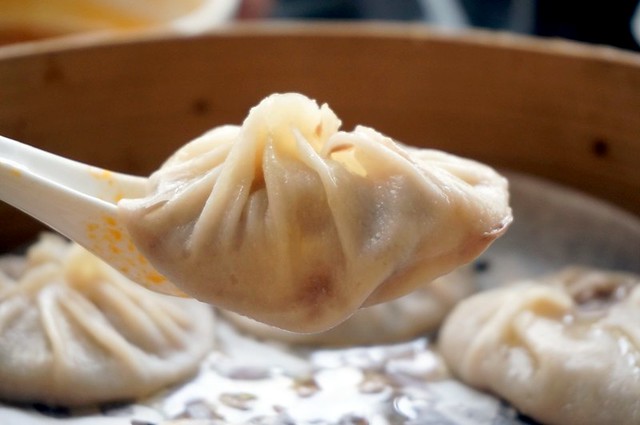 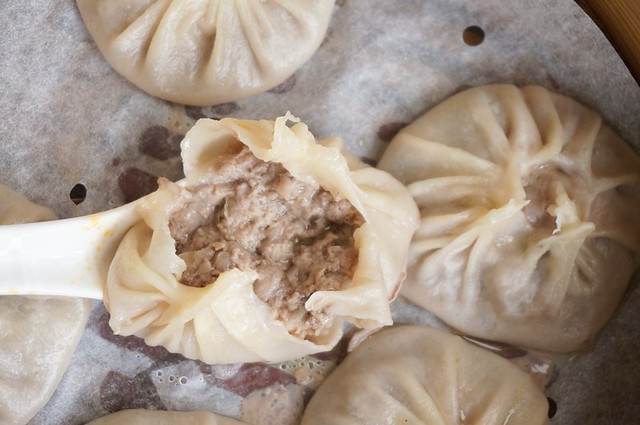 Another signature we sampled was the Zi Ran Lamb (RM18.00). This is rather aromatic as it was marinated in a myriad of imported spices from China and dry fried. 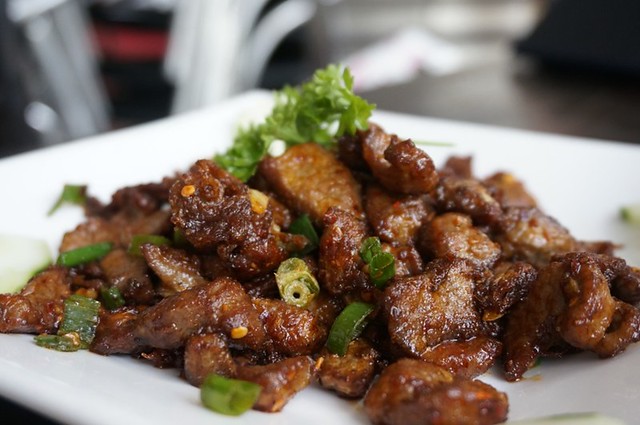 Perfect with rice or as a snack a pot of tea. 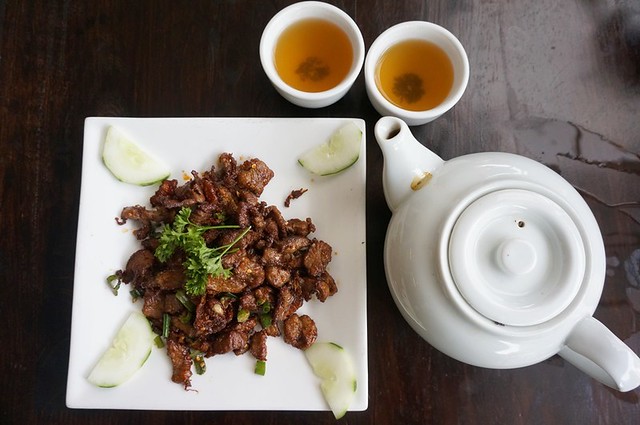 A whole steamed fish here only cost RM50. This was steamed teo chew style but with a slight twist as the soy sauce is a house blend and some marination were used; Firdaus said.

All in all, the food at Yi Shun is generally light but there are certain dishes that are tastier due to the use of spices. Do ask for recommendations from the helpful wait staff as they would be able to guide you on the right choices according to your tastebuds.