Here’s another of my “Food at the “NEW” Old Wing, 1 Utama series of posts. This restaurant is located on the same floor as Putien Malaysia and enjoyed the same long queue as Putien did when it first opened.

I was there during it’s opening week (yes, this post is a bit late.. ahem..) and it was another night where we craved something tummy-warming sans post-gym session.

The name pretty much explained it’s menu and just like Putien Malaysia, The Soup Restaurant is a Singaporean enterprise that has recently ventured onto our shores. 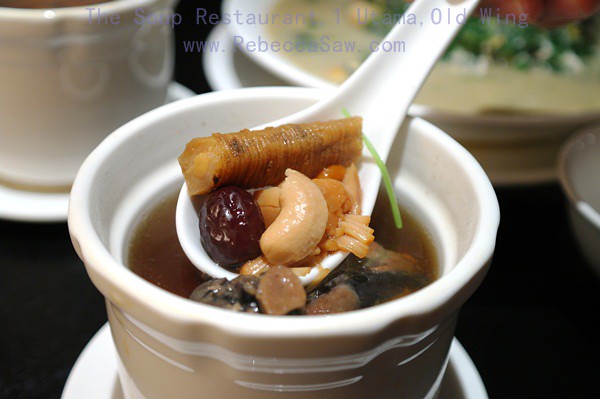 I’m all for new F & B outlets, as it gave us foodies better options and a wider variety of cuisine to sample.
I am however, a bit ruffled that there are a proliferation of Singaporean F & B franchises in KL lately; of which most serves simple Chinese cuisine, something that I think we Malaysians can do as well.
The sad thing is, Malaysian food entrepreneurs seems to prefer fusion, Italian, German and whatever else fancy cuisine styles. Most of these outlets went belly-up after mere months of operations. Seriously, other than Ben Yong of the Ben’s/Plan B empire; are there any other food entrepreneurs worth mentioning?

The Soup Restaurant promises dishes originating from treasured family recipes that are distinctive and traditional. All dishes are home-cooked style and assiduously prepared; with some dishes having numbered daily servings, such as their signature Samsui Ginger Chicken.

Since there were only 3 of us that night, we made do with 2 soups, a rice dish and a fibre dish in the form of my favourite; the Spinach with 3 types of eggs. 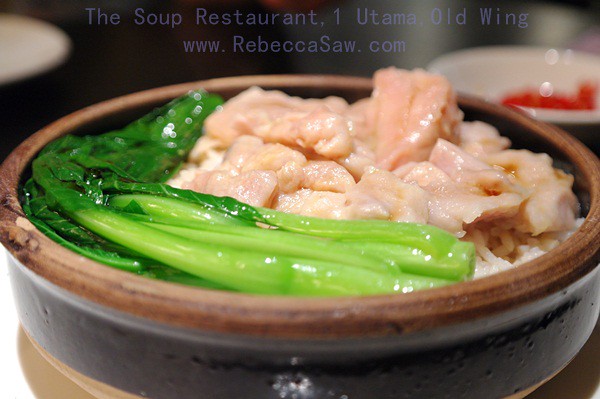 Though I find the chicken a tad salty, it was nevertheless flavourful and tender. I actually preferred the rice which was wonderfully aromatic from the chicken stock. A few stalks of kailan at the side provided the fibres necessary for a balanced meal. The portion is good for one; and hence ideal for lone diners.

This spinach dish was more of a portion for 3. Priced roughly around RM16 (I remembered cos I was grumbling about how pricey it was), it was again; a tad sodium-fied. 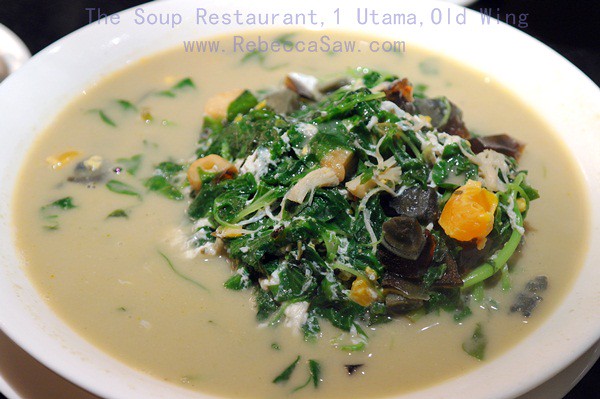 Both our double-boiled soups was alright; richly flavoured with herbs and seemed reasonable enough at about RM18+- each. 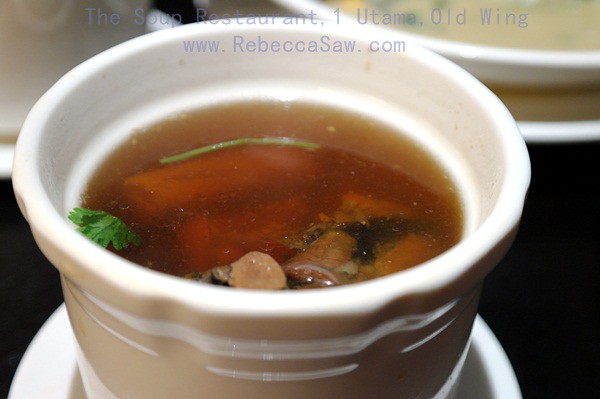 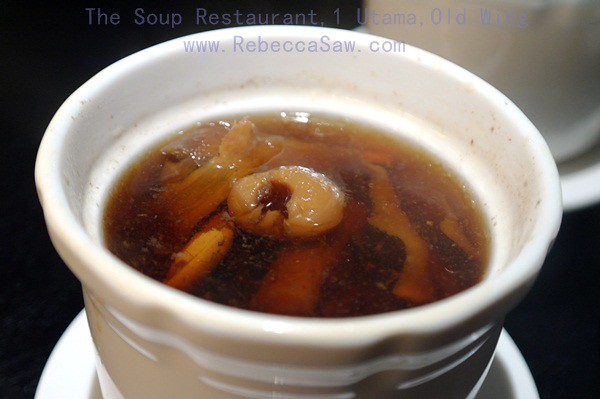 It’s difficult to get good soups, something that I only realized lately as I have started seeking Chinese nourishment as advised by a friend. My health has been frail and I have been sick consistently. Both my Chinese physician and western doctor are in high favour of hot, nourishing soups as part of my diet. 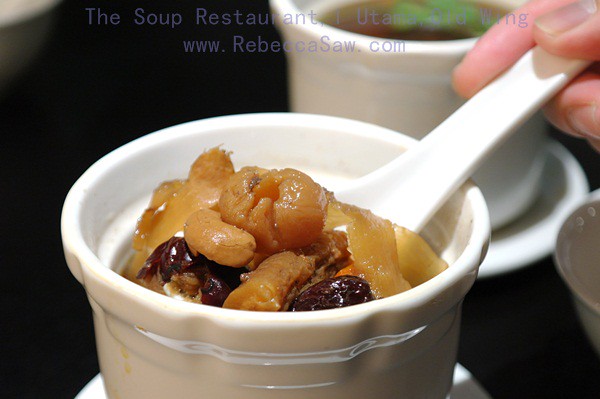 The Soup Restaurant is certainly an ideal option for my soup-diet. Another similar concept outlet I have been patronising is Tang Shifu, of which I’m of personal opinion that it offers better soups in comparison to The Soup Restaurant. Anyone here has tried both and if yes, which would be your preference? 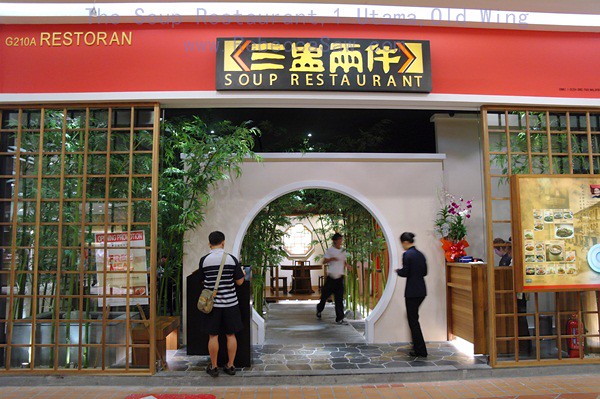 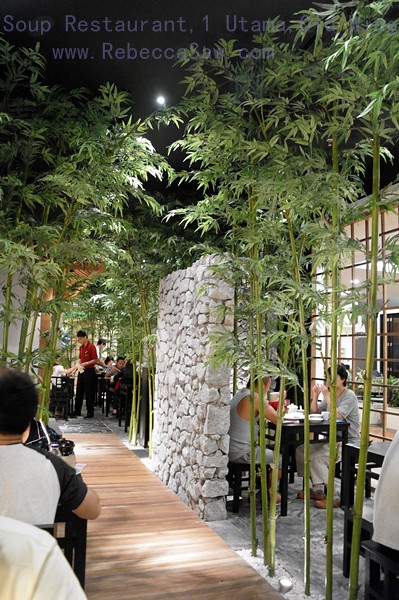 For more reads on my series of “Food at the “NEW” Old Wing, 1 Utama“  you can check out: