FOOD in Songkhla Old Town – Coconut ice cream with a raw egg anyone?

I’m of the opinion that an egg goes with everything.

But not many may agree, especially if it’s ice cream! 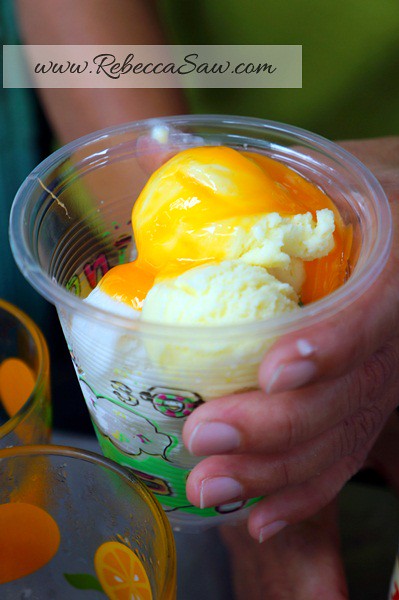 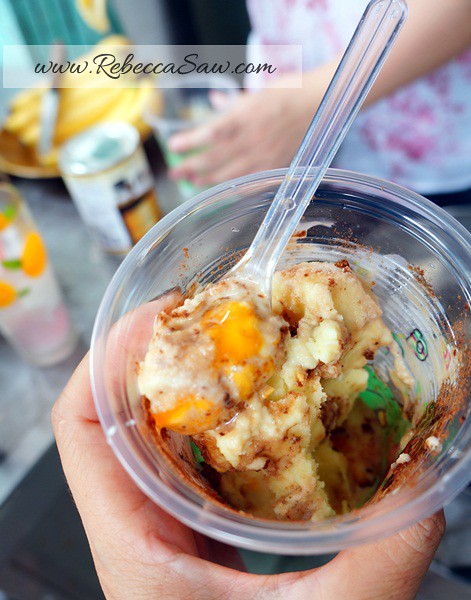 What you see below is homemade coconut/vanilla ice cream from Songkhla Old Town. And what makes it refreshingly different is the addition of RAW egg yolk to the whole ensemble, after which a drizzle of condensed milk and a scoop of Milo (chocolate powder) dusting completes this endearing dessert. You may opt to add palm seeds, bananas, candies and other goodies if you like. There’s a whole lot of add-ons you may choose from but banana, milo and extra condensed milk is by far the most popular. Price is about from 20-40 baht (RM2 – RM4) depending on your order. 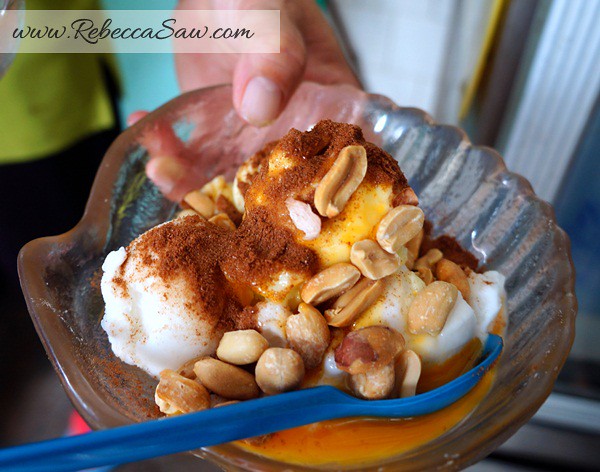 Your ice cream order in a nutshell: 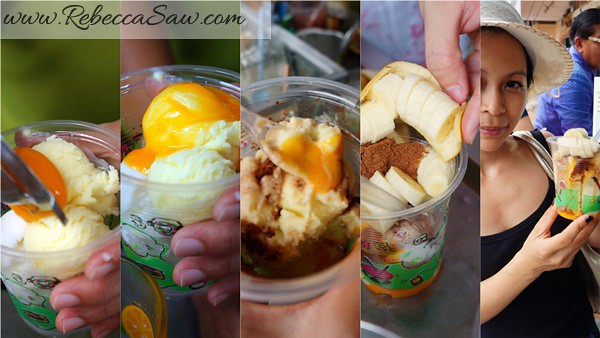 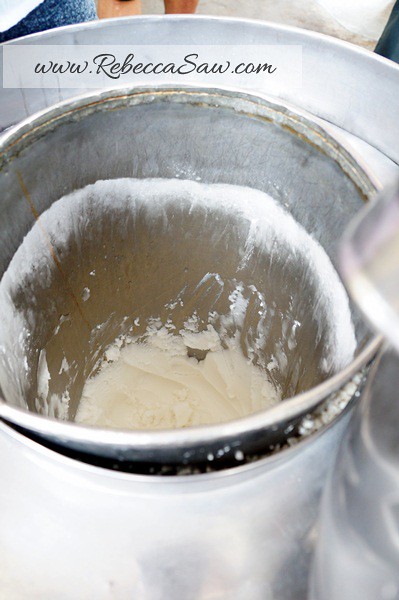 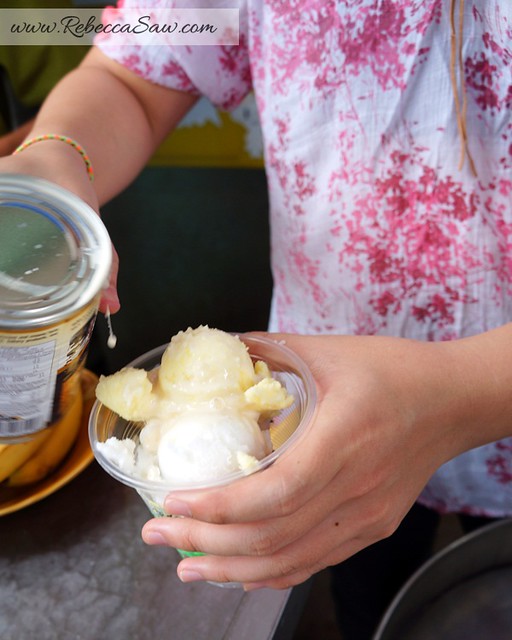 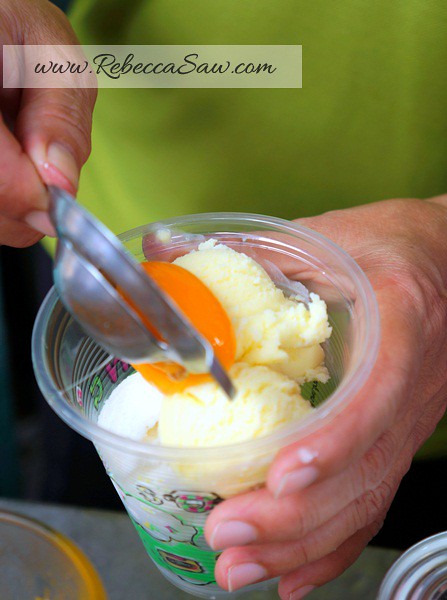 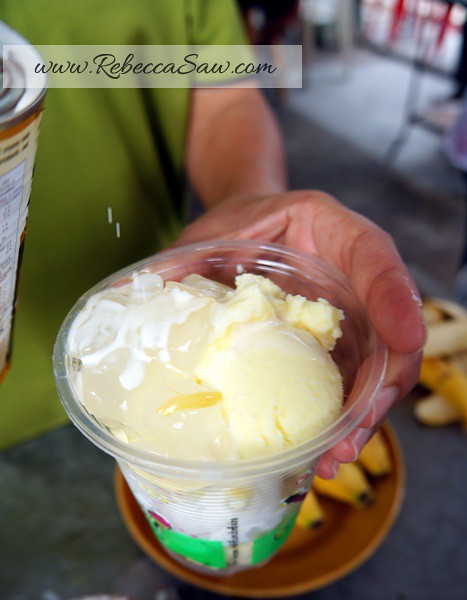 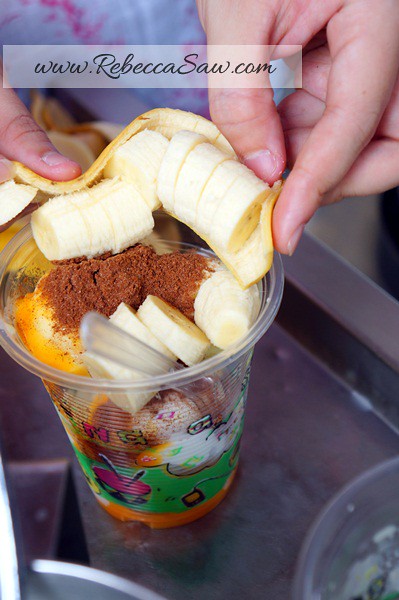 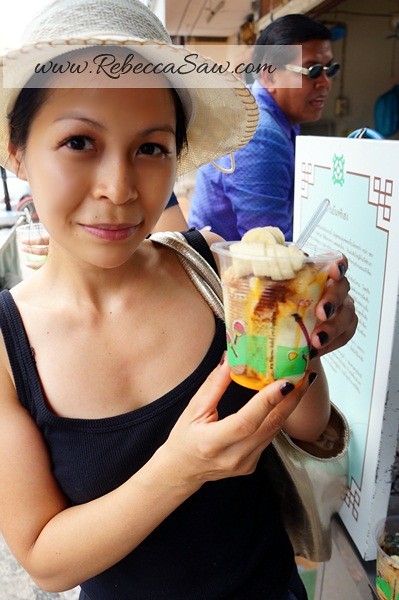 Here’s Vincent from The Star- He was hesitant with the egg yolk at first but in the end he went all out and added it anyways to his ice cream! Good for you Vincent! 🙂 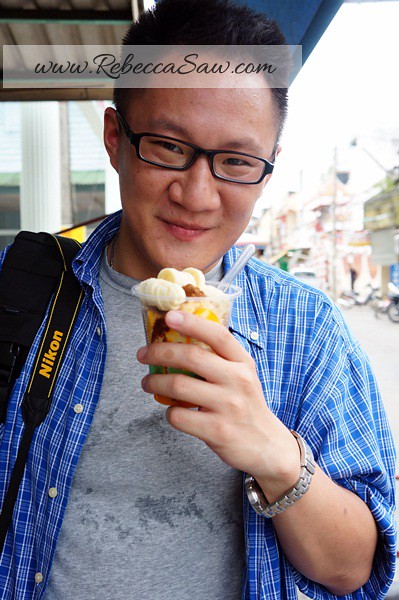 This small little shop is one of the many along Nang Ngam Road in Old Town of Songkhla city. A stroll here is like a blast to the past, in a good, nostalgic way. 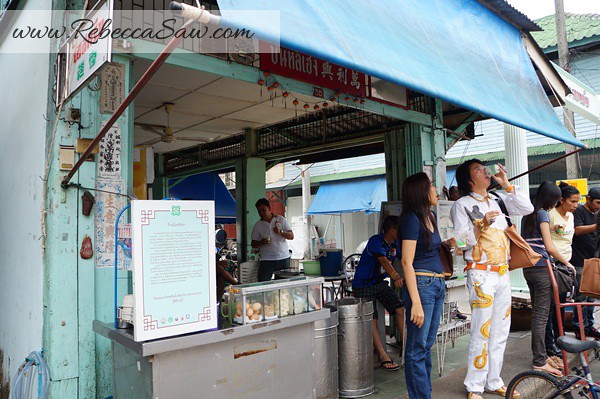 Refreshing sweet coconut water is another option if you do not want ice cream but most of us had 2 orders each; one ice cream and one coconut juice! 🙂
No dieting allowed in Thailand! 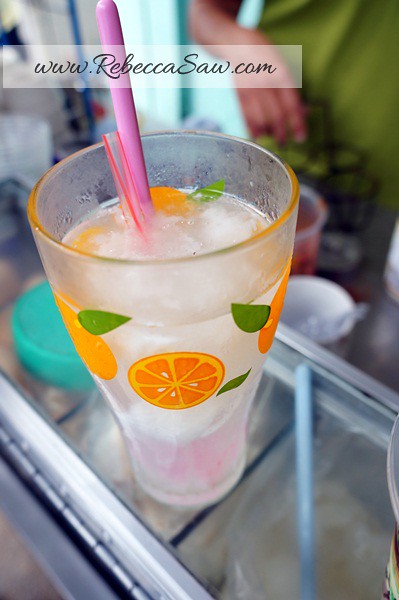 More on Songkhla and Hat Yai coming up :).
**This excursion was part of the media trip organised by Firefly Airlines as part of their inaugural Subang-Hatyai flight.

Firefly Airline has commenced flight between Subang (KL) to Hat Yai (Thailand) as of 17th Aug 2012. Current promotion is RM99 one way till further notice.