I was at the Subang airport this morning to witness Firefly fifth anniversary celebrations. 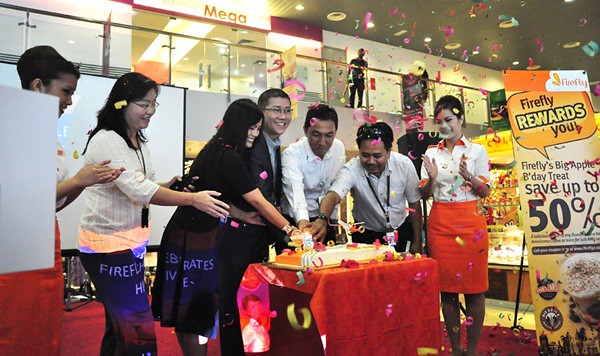 And in conjuction with their celebrations, Firefly is offering passengers a promotional fare from RM55, one way, all-in for selected domestic routes.
So travellers, do look out for these flights:
Subang – Penang, Subang – Kota Bharu, Subang – Langkawi, Subang – Kuala Terengganu, Subang – Johor Bahru, Subang – Alor Setar; 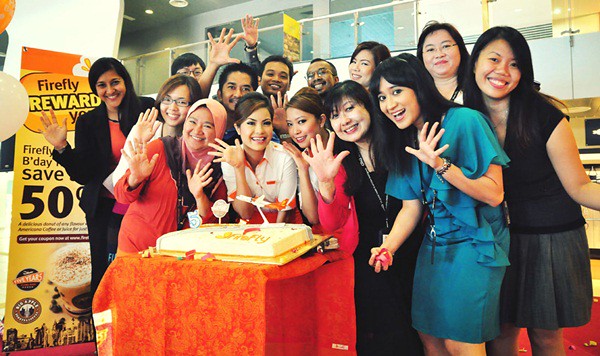 Below: COO  Ignatius M.C. Ong taking questions from the media over donuts and sandwiches this morning. 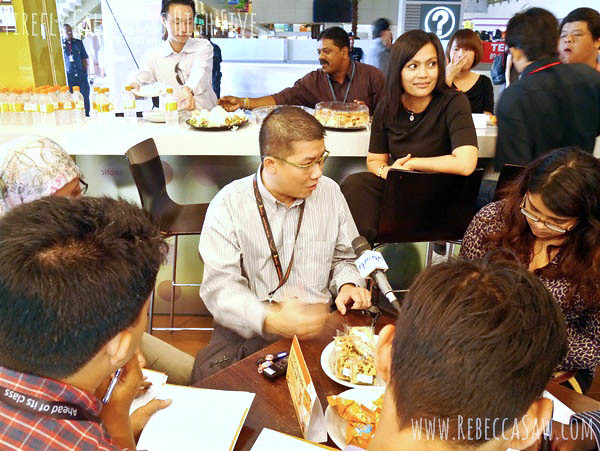 Personally for me it was nice to see the Firefly team again, the familiar faces that I have come to known and are now good friends from our many trips to Sarawak, Sabah and the most recent one; Kuantan together. The new COO, Mr Ong seems friendly and approachable as well. 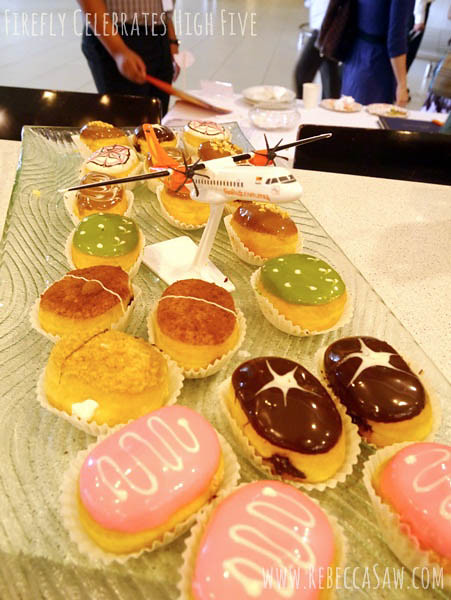 Last but not least Firefly has partnered Big Apple Donuts & Coffee outlets in Subang Parade and Subang SkyPark to offer a special 50% discount as a gesture of appreciation to its valuable customers.
To qualify, patrons will have to print out the Big Apple coupon on the Firefly website  http://www.fireflyz.com.my/ and present it at the two participating outlets to enjoy a delicious Big Apple donut and a cup of Americano Coffee or juice for RM5.
This offer is valid up to April 7, 2012. 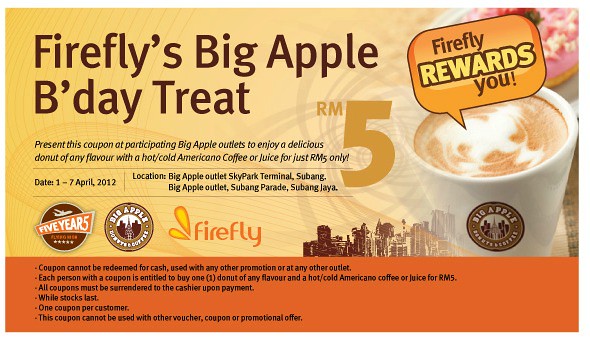 Happy 5th birthday Firefly! I’m looking forward to a trip to Indonesia (since I have never been there!) aboard one of your aircraft soon! :DD 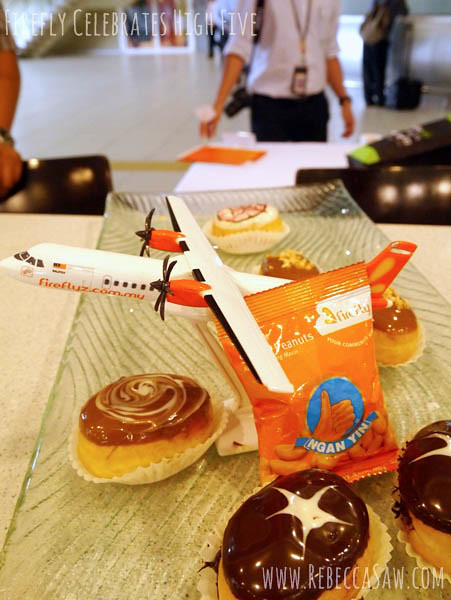 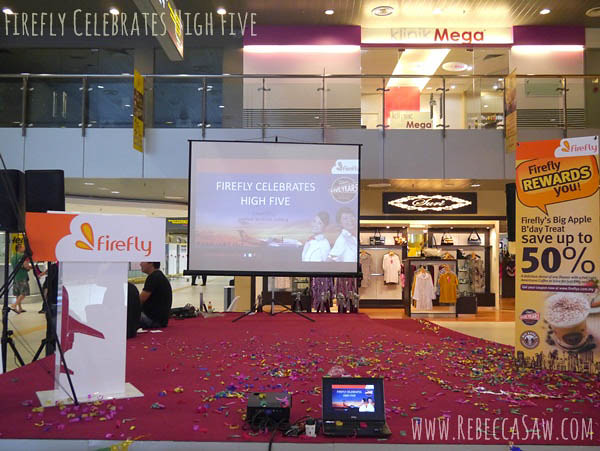