Too many cafes, too little time.
Does that sound familiar to you? 🙂

Recently I gave up trying to keep up with the current proliferation of “coffee cafes”. I’ll only hop into a cafe if it comes highly recommended by some coffee connoisseurs that I trust or if I happen to be in the vicinity.

For Encore Patisserie Cafe it was the latter.
There wasn’t any raving reviews about it so it didn’t come across as of any particular urgency.

But when I walked in last week I thought Encore does deserve a mention. For one the array of pastries and cakes looked really well-made; shape, form and ingredients. 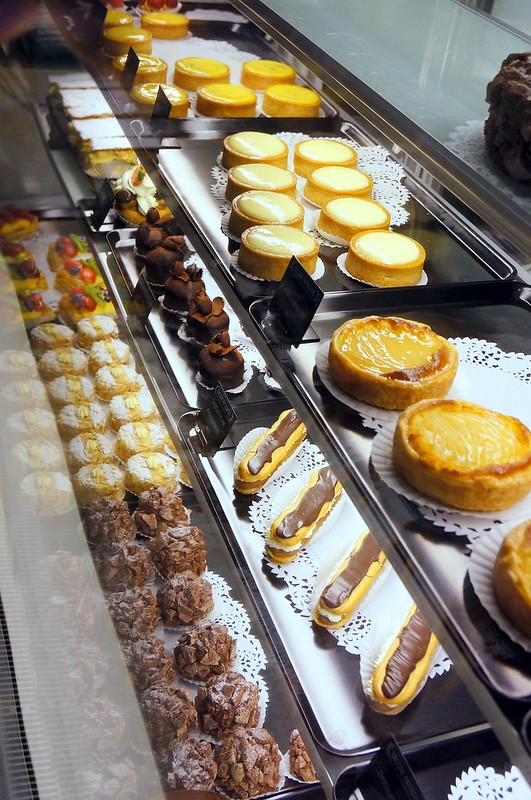 Further study of the chiller revealed French pastries; something unique from the tried-to-death items like carrot cakes, brownies and sponge varieties so commonly found in cafes now.
And while French pastries are attempted by many bakeries, most are pretty sad interpretations of the real thing. 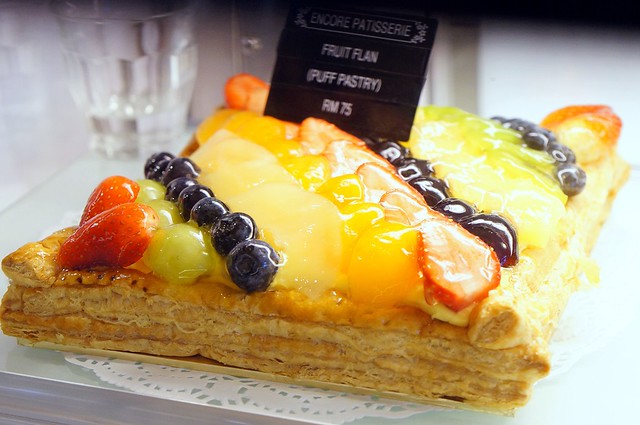 Japonais – Layers of chewy hazelnut meringue filled with coffee butter cream. This is certainly not commonly found anywhere.
The individual portions is priced at RM14.00. 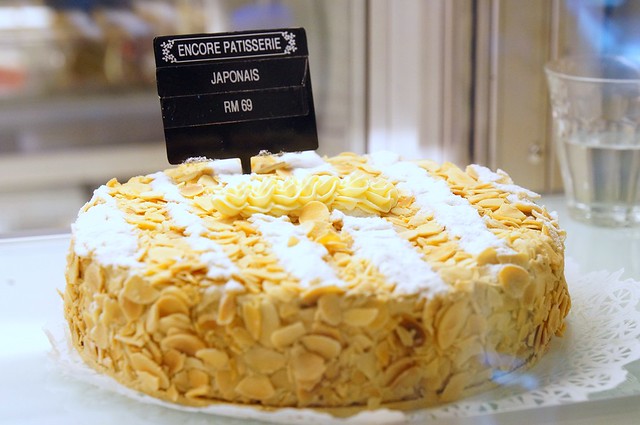 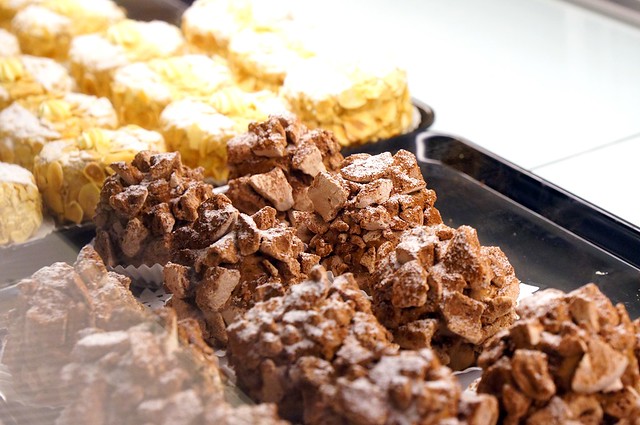 Since we are “doing” French, we started with the Mille Feuille, RM14.
And oh a Cheese Tart. Frankly that wasn’t my idea.
I never thought Cheese Tarts are worth paying for but I was wrong.
This Cheese Tart is good!
Nice buttery crust with creamy, rich cheese. Not the cheap kind mind you. 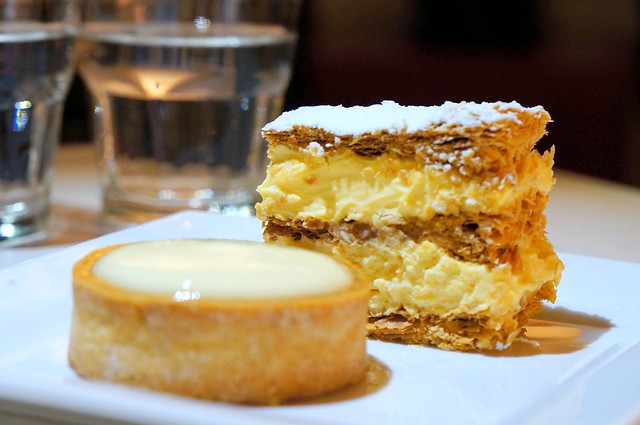 The French term “Mille-Feuilles” literally means “thousand leaves”, owing to the numerous layers that makes up this mesmerizing dessert. Traditionally, a Mille-Feuilles is made up of three layers of puff pastry, alternating with two layers of “cream patissiere”, cream or jam.

The one is pretty good and I enjoyed it even though I’m not a fan of cream. Many asked what would be the correct way of eating this. Well, there isn’t a tried and documented way, but here are some tips:
Some people just like to cut into them with a sharp knife and hope everything will be alright, others lie the mille-feuille on its side and go for it from the side, and there are even those who like to dissect it layer by layer, munching the pastry before laying into the cream below.

I don’t agree with the last idea as you can only enjoy the unique taste of a mille-feuille when you combine the crunchiness of the puffed pastry as well as the cream in ONE mouthful.
Anyhow there’s no picture of our Mille Feuille as it was gone the moment 4 forks attacked it at the same time. 🙂 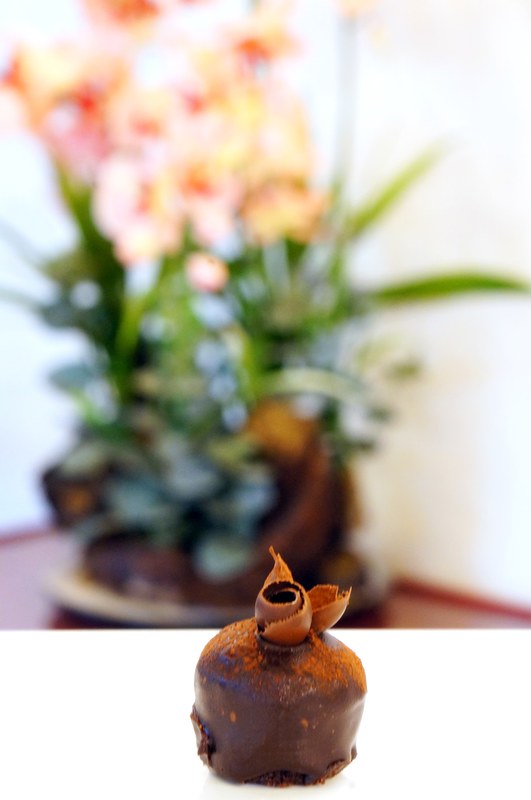 This was just alright. Rich and should satisfy most chocolate lovers. I find it a bit dry. 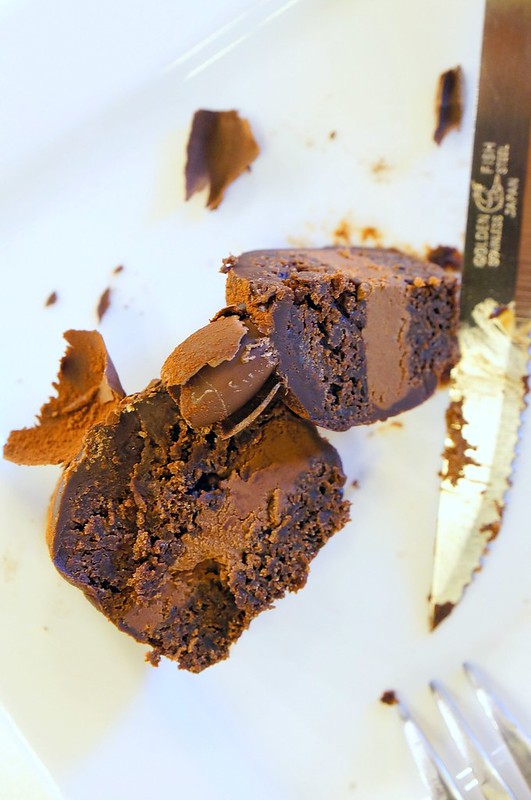 The alfresco seating area would be my choice of seating area. It is nice and relaxing to gaze over the quiet residency area. 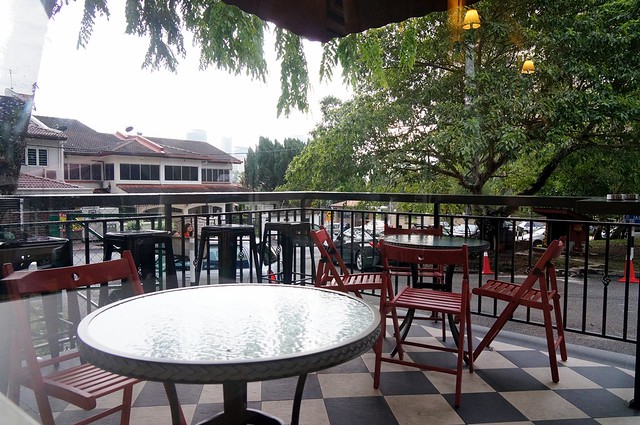 The inside is air conditioned and the tables are well-spaced out enough for comfort. 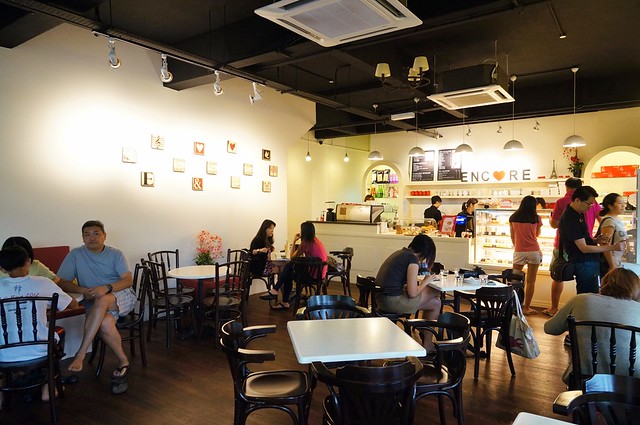