It’s been a while since I was last at Prince Hotel for a meal. Their weekend dim sum buffet at Tai Zi Heen attracted me back then, and though it didn’t managed to get me to return, the desserts might just be the catalyst to convert me to a fan. 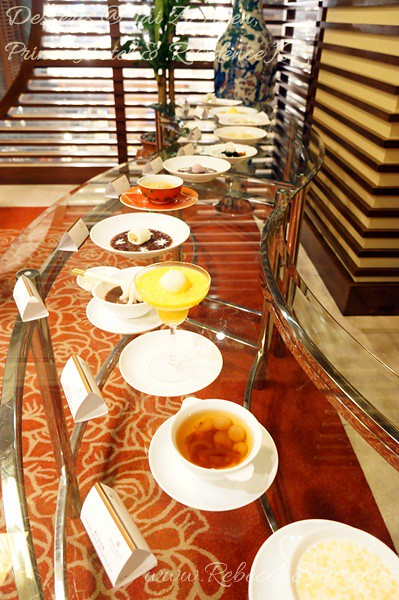 With the new chef at helm, I’m looking forward to a higher level of inventiveness and comtemporary Cantonese creations that whets the appetite and teases the imagination.
Some of the desserts I sampled that night seems to hint at that possibility, and I look forward to the months to come to see if that’s going to be a reality. 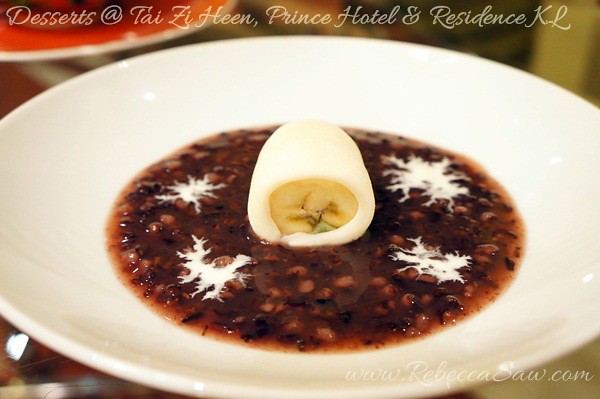 For now, I’m appeased with the selection of desserts at Tai Zi Heen, especially with the new creations. 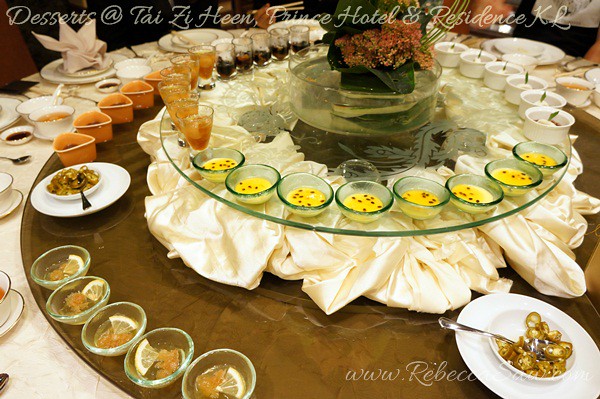 Let’s start with some that were less than ordinary. The one you see below, takes the traditional for a spin. Good old red bean paste was given added textural feel with chewy glutinous “noodles” and crunchy nuts mixed with sesame. 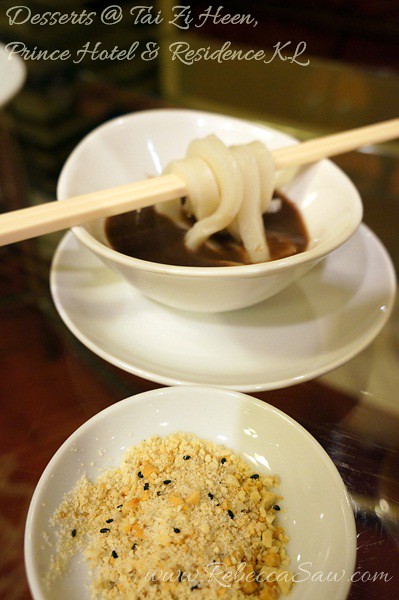 Purple rice (or more familiarly black glutinous rice to us) just got a bit funky with added sweet creaminess from bananas, chewy mochi and fragrant lotus paste. I must say I’m partial to anything with bananas, especially in desserts. The sweet, creamy ones works the best! 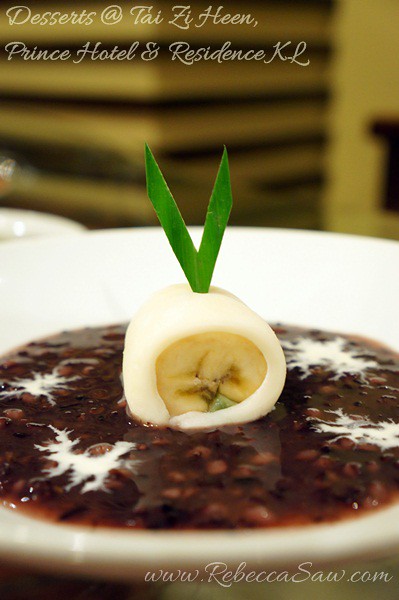 Some desserts are, in my humble opinion, best in its original form. The Gui Ling Guo, a traditional black jelly mixed with several chinese herbs or even with grinded tortoise shells (as rumour has it) is slightly medicinal and bitter in taste. 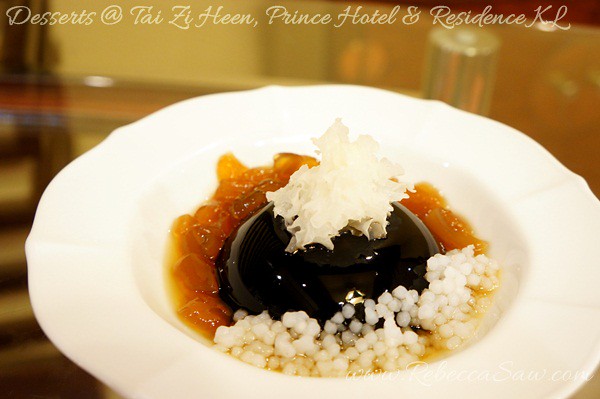 Chef Michael has retained the tradition in this one, and I appreciate being able to savour the bitter aftertaste for this dessert, as well as the added sweet counterparts of honey and sea coconut . Supplementary barley and white fungus added body to this otherwise light dessert.

A fan of avocadoes, I beamed when I saw 2 avocadoes based desserts. 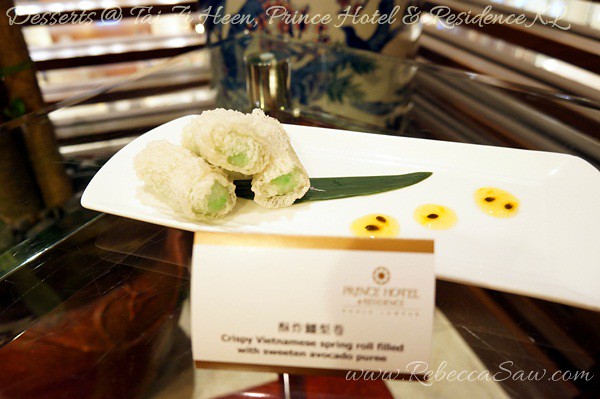 Both turned out similar in texture; pureed smooth and sweet. One was fried in filigree casing and best consumed while hot and crisp and another was served cold, with ice cream. 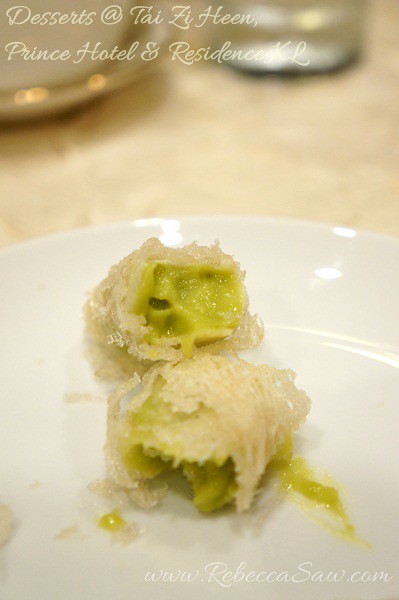 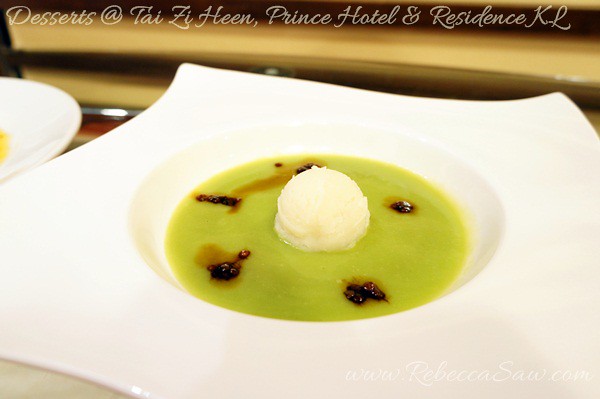 Personally I would have tweaked the recipe so the puree is lower in sweetness levels but with stronger accents of avocadoes. Well, I love my avocadoes so that’s me.

For those who prefer a little more zest in their desserts, the Mango Pudding with Passionfruit sauce would hit the spot. Fruity fragrance from the mango custard paired with sourish passionfruit garnered everyone’s approval at the table. 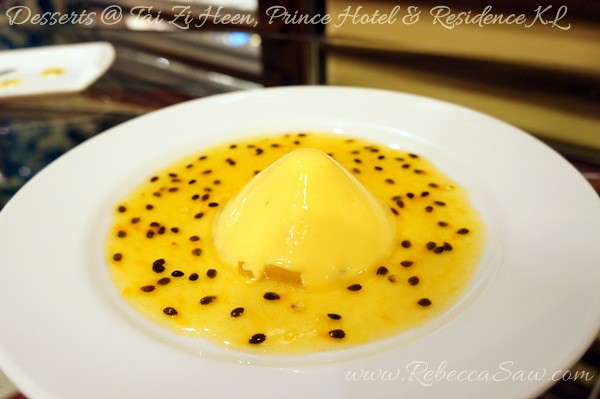 My all time favourite is still the Lemongrass Jelly with Aloe Vera and Lime Sorbet. A refreshing and healthy choice! 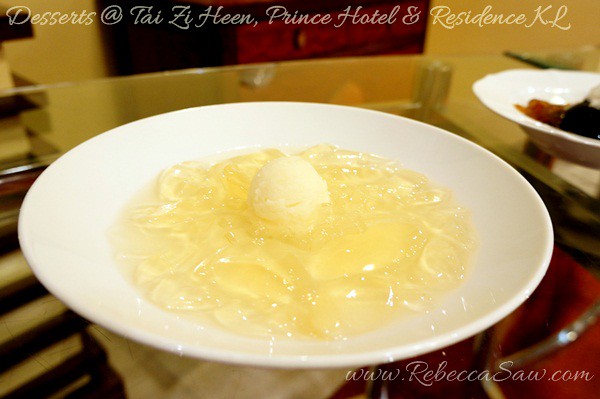 I liked this one as well; Iced Jelly with Dried Longan Puree and White Fungus. 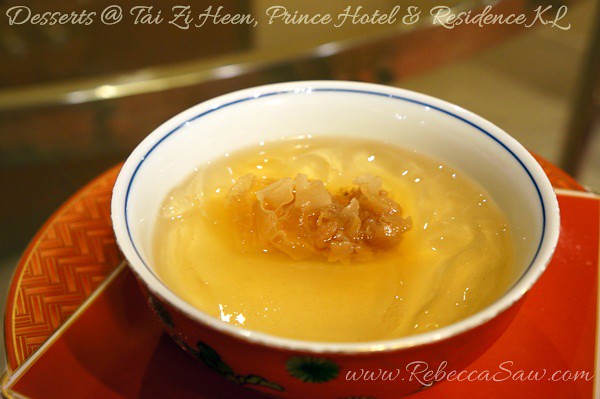 Tai Zi Heen’s best selling dessert is their Mango Puree with Ice Cream, Sago and Pomelo. Nothing surprising there, since it’s a perennial feature in most Chinese restaurant menus. Honeydew sago or Mango Sago; a familiar item in Hongkong inspired dessert outlets (think Honeymoon, KTZ and Tim Pan Gor Gor in SS2) or dim sum houses works for everyone. 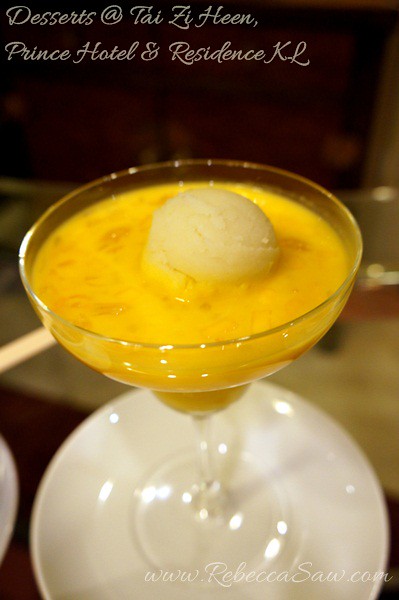 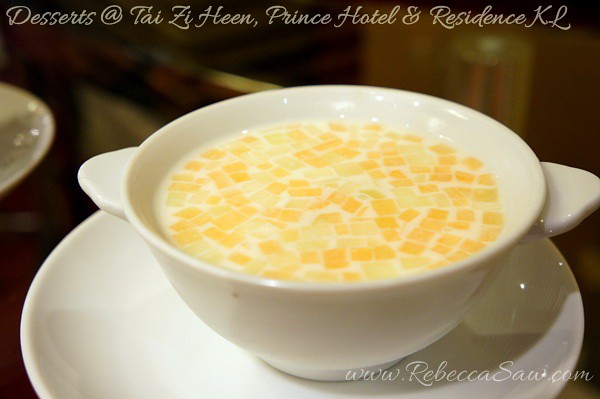 Another old favourite again; the Red Bean Paste but this time with lotus seeds and lily bulbs. 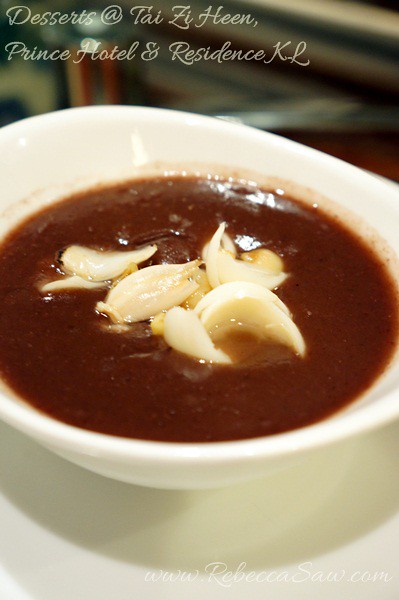 When in doubt, go for the familiar – Iced Sea Coconut with Lemon Syrup. Tai Zi Heen’s version is good simply because it has all the prerequisite factors; sufficient bodied longan taste coupled with a clear and clean taste. 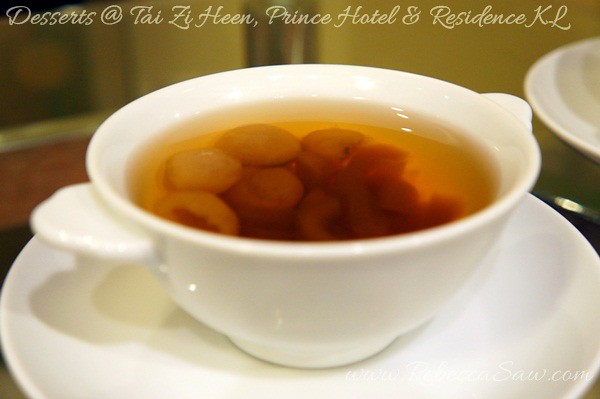 Durian Tempura. They saved the best for last. And that means I had to wait for 2 hours before it was finally served. 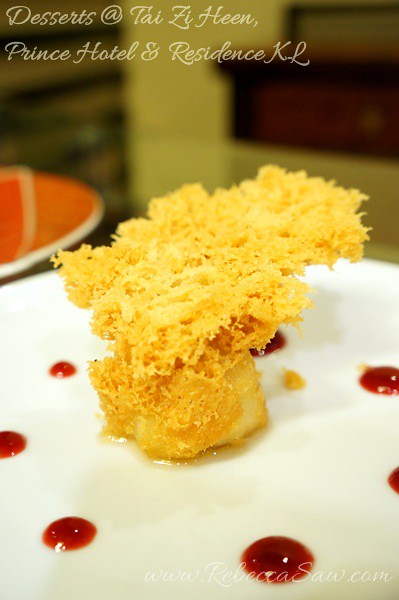 Good? Well, it could have be better. This was a mild creamy custard whereas I’m more in favour of durian desserts with actual durian pulps imparting stronger durian accents; something which might not suit most palates so I understood the Chef’s reasons for his creation. 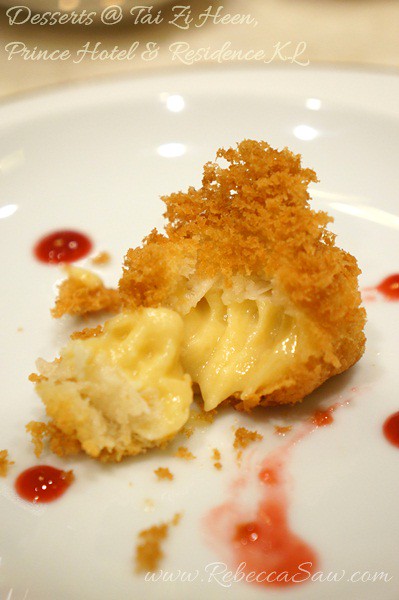 Last but not least, The Chilled Purple Rice Puree with Yam Ice Cream. 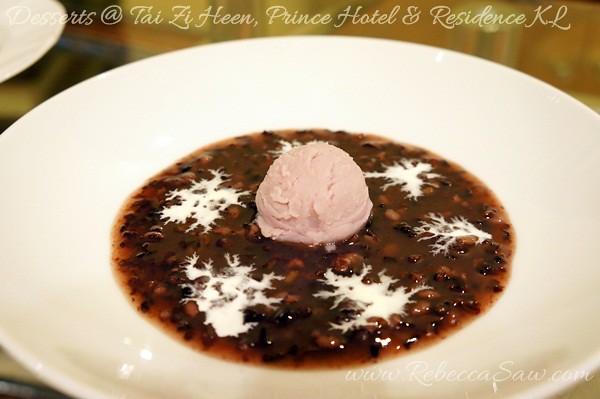 The current All Things Sweet For Free promo entitles patrons to savour the above desserts (not all) on compliments from Prince Hotel for a minimum purchase of RM50/table. 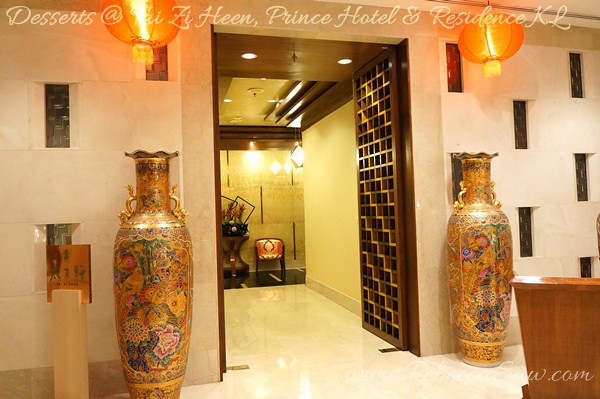