Christmas day started a tad shaky, with me up early after a rather late night. Not late night out partying mind you, but it was a night spent curled up with a good book and fabulous froyo. 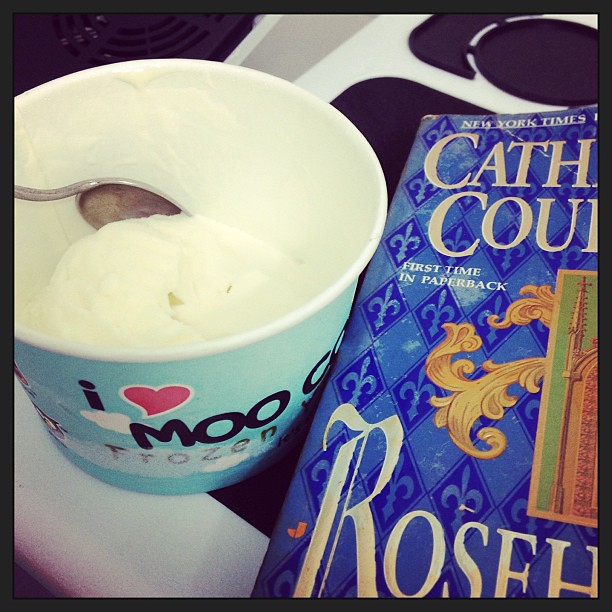 Any bookworm can tell you it’s hard to put down a good book. But I kind of regretted it the very next morning waking up nursing a headache. LOL.
Good food fixes some problems and a headache is one of it.
A few close friends and I had planned a coffee crawl and a visit to Penang One in Puchong to check if its as good as what everyone claimed it to be. But Penang One will be story for another day.
For now I’ll be publishing a series of coffee related posts based on our coffee crawl today, starting with Coffea Coffee, Telawi Bangsar. Oh, if you haven’t been to Butter + Beans at Seventeen, do hop in as I find their hot chocolate and pastries rather good too! 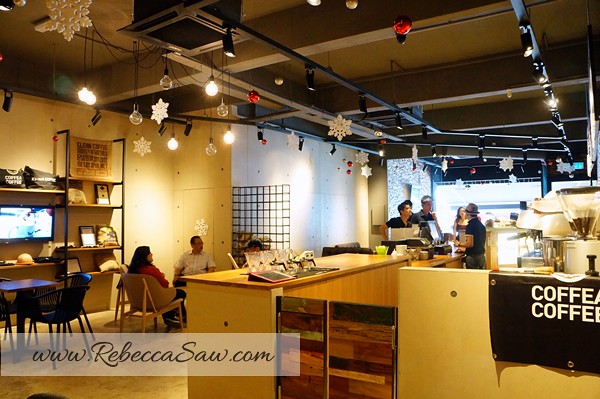 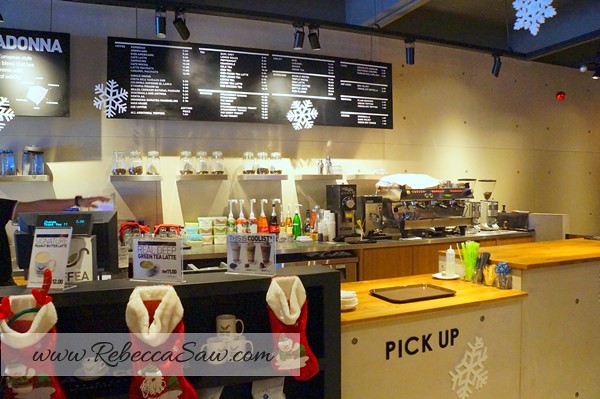 I’m a huge coffee fan but I drink my coffee with milk and sugar (back in those days when my stomach wasn’t as distressed) so I guess that doesn’t count as a true connoisseur. Kevin, on the other hand, breathes, drink and dreams coffee.
It’s always enlightening to hear him speak of coffee. Or beer for that matter.
Here’s his article on the RAW Coffee session we had with Michael. I have always thought he’s better off in the kitchen than in the office. Thus I’m always on the lookout for similar coffee joints in the city and then I’ll inform him about them.
From each visit, I got to learn about different coffees and he gets to deepen his knowledge while simultaneously improve his caffeine expertise. 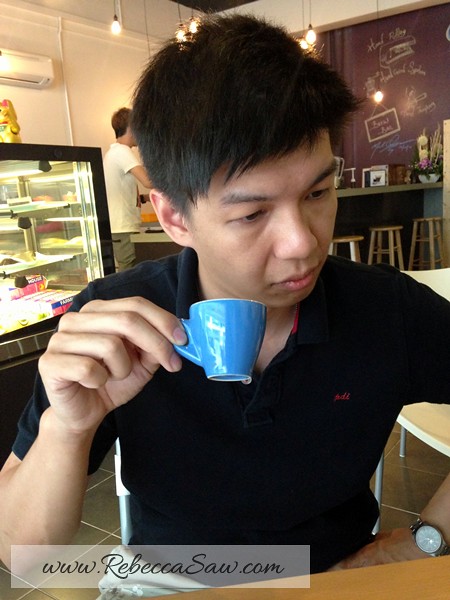 Note: Pic not taken at this outlet.

Quote from their FB: “Coffea Coffee is a multi-award winning establishment, specializing in Specialty Coffee from 7 top producing farms around the globe including Brazil, Guatemala, Kenya, Ethiopia, Sumatra, Colombia, Costa Rica.”
Maestro and Madonna are their signature blends, each offering its own distinct flavours. The Maestro is a blend of 7 different single origin beans while the Madonna boast a blend of 5. 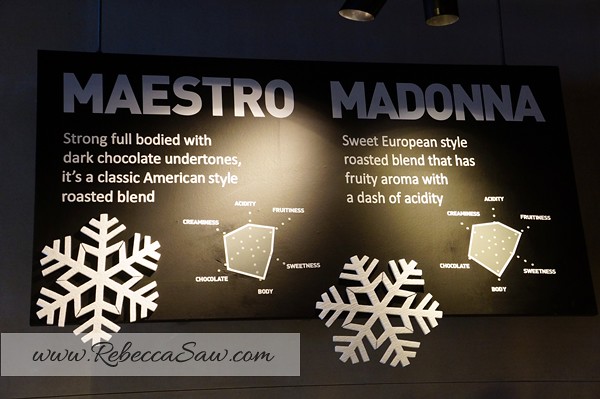 I have been hearing about Coffea Coffee being a “Korean” collaboration. From what I can gather from speaking to the barista, their coffee bean is roasted in Korea and thus the Korean element. Frankly I don’t know much about Korean tasting techniques and how it differs and differentiates the coffee as a whole.
I have browsed though some sites which cover a review session held recently but other than pictures and well, more pictures, their posts barely shed any light about this. But I did stumble upon links to Coffea Coffee outlets in Melbourne; which didn’t seem to be similar but this is apparently a franchise from the ones in Korea. 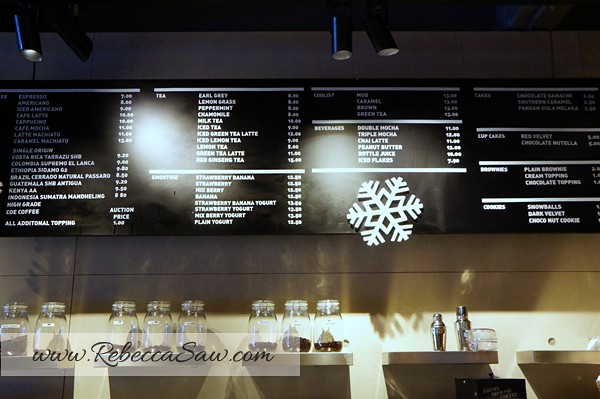 So be forewarned that the below would be pure deduction on our part.

The Ethiopian Sidamo G2 single origin (RM9.80) was Kevin’s order.
His take: This was prepared using a coffee drip. It was slight but noticeable acidity with bit of bitterness at first. It mellowed out to slightly fruity with sweet notes after the coffee cools down. Bitterness may be due to water temperature as drip coffee ideally made using slightly cooler water than for coffee press. 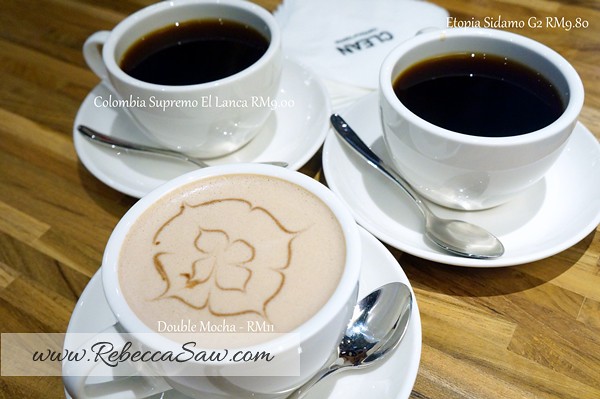 I suspect that the barista may have may have over-extracted the Etophia as it was left to sit for a while after the ringer rung. That might explain the hint of bitterness which is not expected from an African bean. I also find that the acidity is not as strong as I would have expected. From my experience, Etophian coffee has very pronounced acidity. 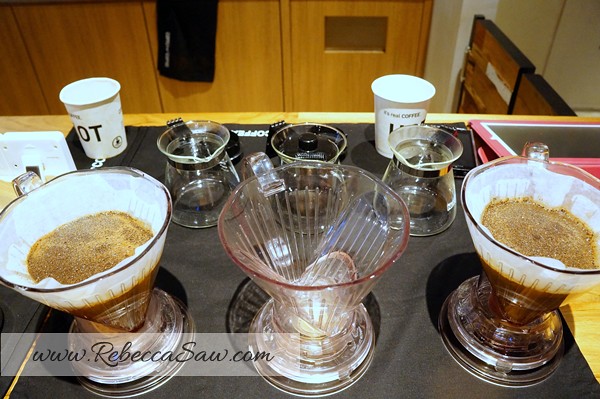 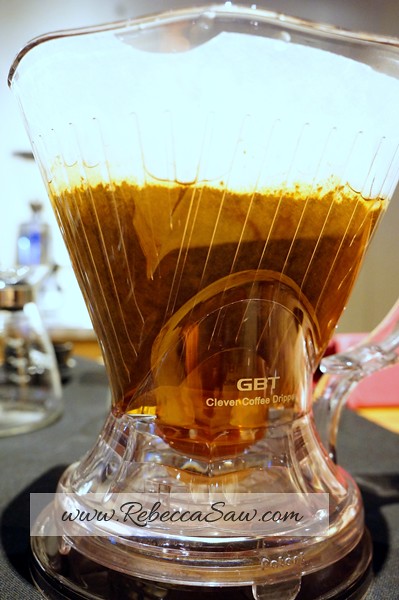 Rainier, another coffee fanatic opted for the Colombia Supremo El Lanca RM9.00. It was his first time having drip coffee. Rainier usually drinks his coffee with sugar to mask the bitterness but to his surprise, he found the Colombia Supremo to be pleasant and not bitter; so much so that he actually enjoyed drinking it black.

KC had the Maestro Caffe Latte (RM10) which basically means the Maestro blend but prepared as a latte. He loved the dark chocolatey after-taste of and is officially addicted. 🙂 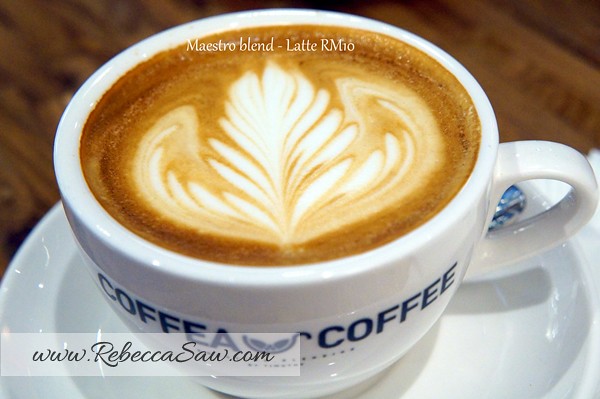 Get Kevin started on coffee and he won’t stop. And other than cappuccino Kevin loves his espresso. He had a sip of KC’s Maestro and decided to sample the Madonna blend as well, opting for a Madonna blend espresso (RM7.00).
His verdict: Starts off strong with bold acidity, but mellows out to a sweet smoothness in your mouth. It has a full body, but the finish is somewhat medium after swallowing the espresso. According to the barista, the Madonna blend is made from 5 single origin beans, which gives it a complex yet smooth taste. 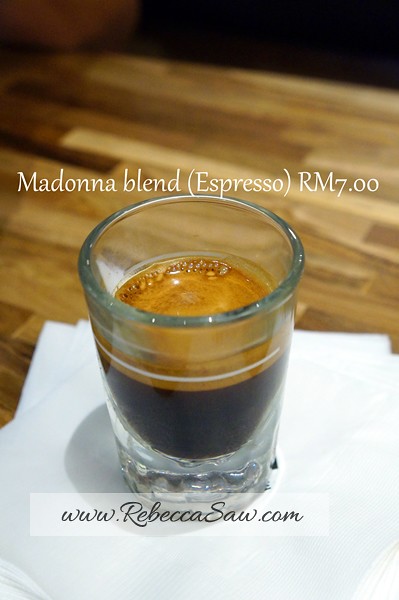 Myself? My role during such coffee crawl is basically to take notes, listen, learn and devour cakes and try the hot chocolate. While I can’t tell you exactly why I can’t stomach coffee (I’m able to if I really have to), I love my hot cocoa and I intend to try as many hot chocolate in town as I can.
And oh, the desserts too. 🙂

For Coffea Coffee, their dessert selection failed to entice me. The Hummingbird would be my obvious choice, but after taking a peek at its cross section, it did seem to be a bit dry. Anyhow, I’m spoiled with Swich cakes so it has become the standard for me now. 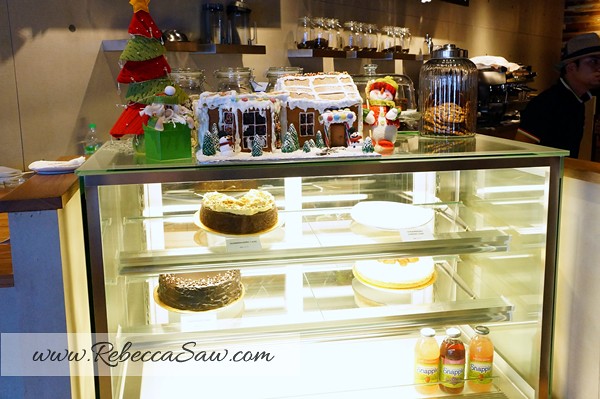 For drinks I had a Double Mocha (RM11). The barista wasn’t able to tell me what cocoa powder was used and the cocoa was added with Forani syrup.
I don’t mind syrup since I have a sweet tooth but my cup of hot cocoa was cloyingly sweet to the point that I only managed a few sips.

See? All empty cups except for my Double Mocha! 🙁 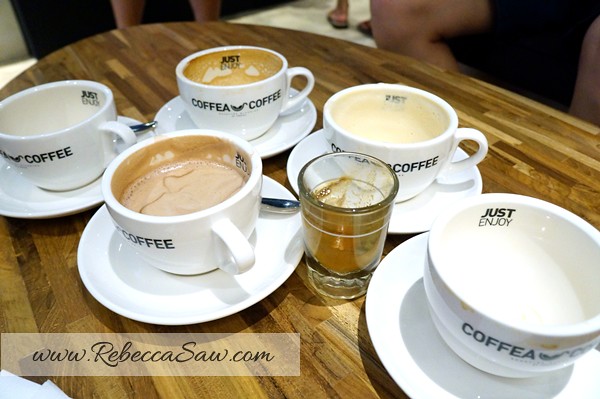 I couldn’t help thinking of the Valhorna Hot Chocolate that I had at Butter + Beans at Seventeen then. While I’m aware that Coffea Coffee specialized in coffee it doesn’t mean that the other items on the menu should be neglected.
I’m of the opinion that if it’s on the menu then it should be given as much thought and attention as the specialty.
Even KC’s Chai Latte (RM11) was below par; unduly sweet from the very first sip. He would have preferred the sweetness to be gradual and not try to knock him out cold. 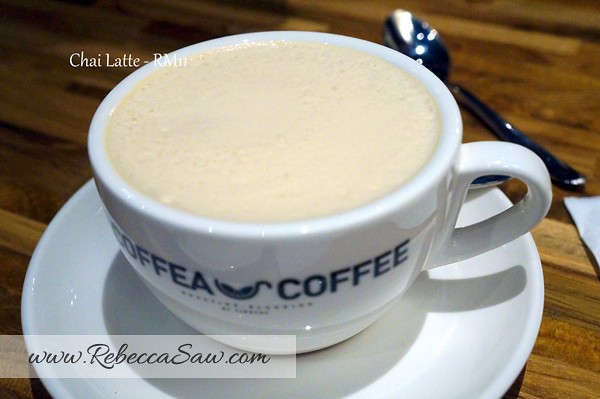 All in all, I wished that we had more time with a knowledgeable barista for us to understand the coffee culture here. But first impressions were generally good but I’ll definitely be back if Kevin wants to sample more of their brew. 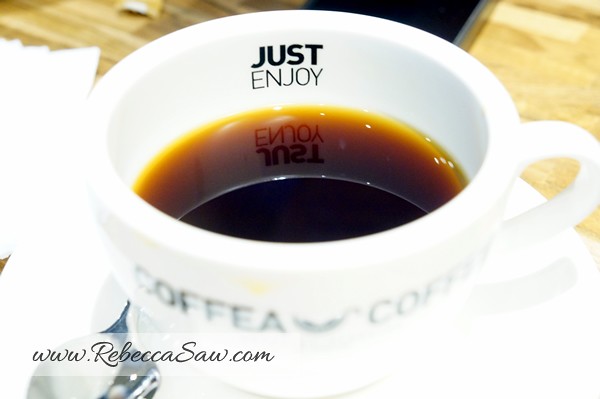 Next, The Brew Culture at Plaza Damas, Hartamas. :DD 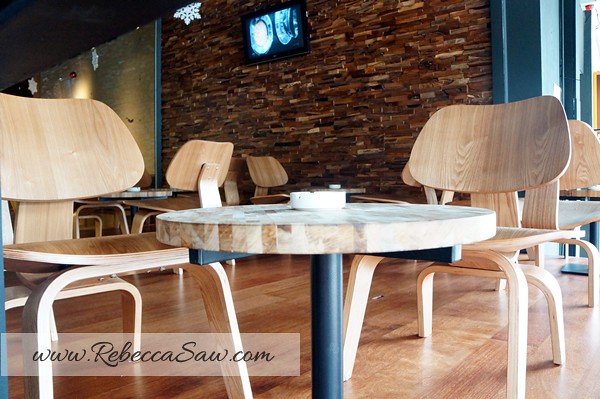