CODE FRIDAY: Be In Control. If You Drink, Don’t Drive

Consumers Urged to ‘Be In Control. If You Drink, Don’t Drive’

Pernod Ricard Malaysia launched its corporate social responsibility (CSR) programme, ‘Be In Control. If You Drink, Don’t Drive’ last Friday in a move to encourage consumers to adopt a more responsible drinking habit by making them aware of the risks associated with inappropriate drinking, particularly, driving while under influence. 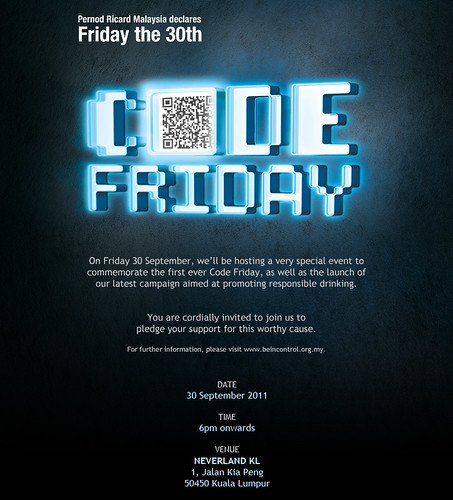 Yup, this is the CODE FRIDAY that I blogged about –>> HERE.

CODE FRIDAY is essentially about creating a sense of appreciation for responsible drinking by changing consumers’ mindsets to be more conscious towards responsible drinking.
Hence Pernod Ricard Malaysia is calling out to all Malaysians to be part of the movement to drink responsibly by pledging to not drink and drive.

Looking to engage target audience of 18 – 35 year olds who are tech-savvy and always on-the-go, Pernod Ricard Malaysia adopted the Quick Response (QR) code in its campaign communication channels whereby consumers with a smartphone just need to scan the QR code and it will direct them to the website – www.beincontrol.org.my to make the pledge. 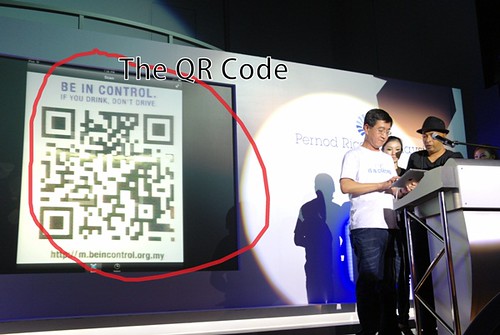 This is me pledging that “I will be in control“. 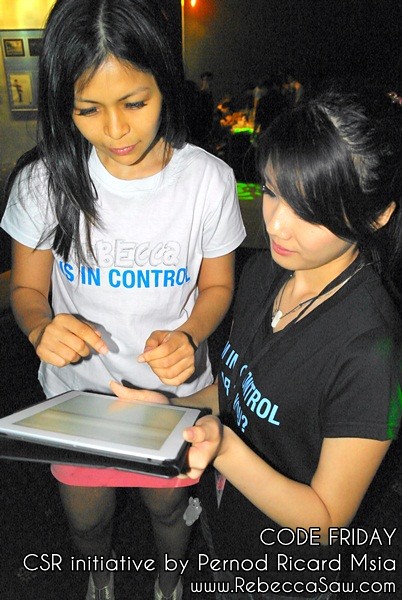 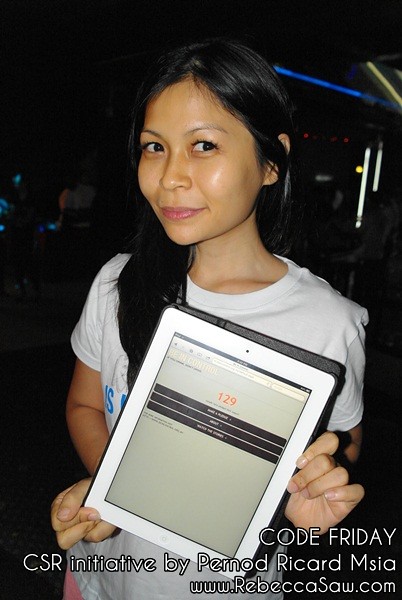 Leading by example was MD of Pernod Ricard Malaysia, Mr CK Tan, who shortly after his speech, kicked off the campaign by being the first to pledge into the system. 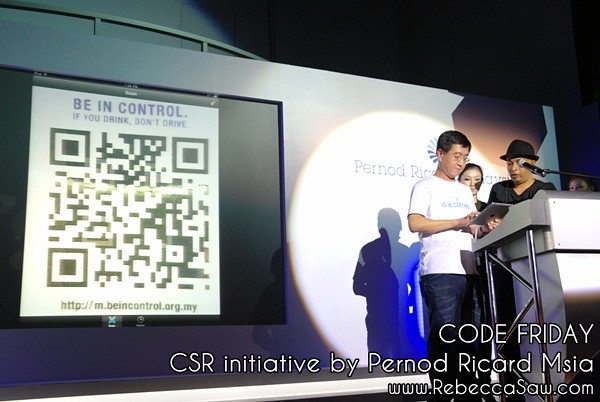 In his opening speech, Mr CK Tan said, “Before embarking on a consumer campaign, we went to ground to gain insights into the psyche of our consumers.
We found that often we tend to down play the abuse of alcohol such that it affects our ability to act responsibly, more so when it comes to driving under the influence.” 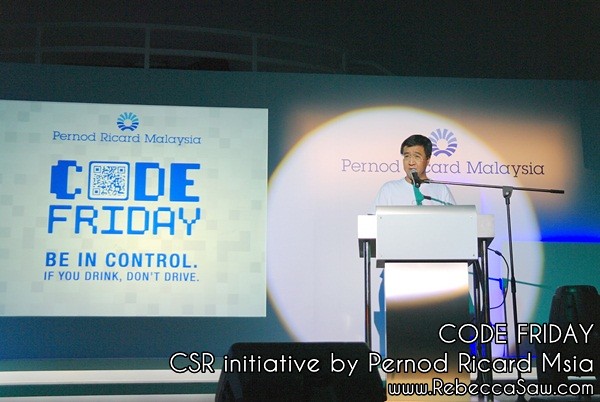 “’Be In Control. If You Drink, Don’t Drive’ campaign aims to instill the realisation of the risk and danger associated with inappropriate drinking. To this end, Pernod Ricard Malaysia is calling out to all consumers to take the pledge to drink responsibly; enjoy the conviviality that our products bring, but at the same time always stay in control and if you drink, don’t drive”, Tan continued.

The launch that night was primarily focused for the media, Pernod Ricard’s staff; who was all in the custom designed tees ( such an original idea!) and the clubs & pubs that will be collaborating with Pernod Ricard Malaysia on this CODE FRIDAY campaign.

The custom designed tee: Yea, I’ll be in CONTROL!! 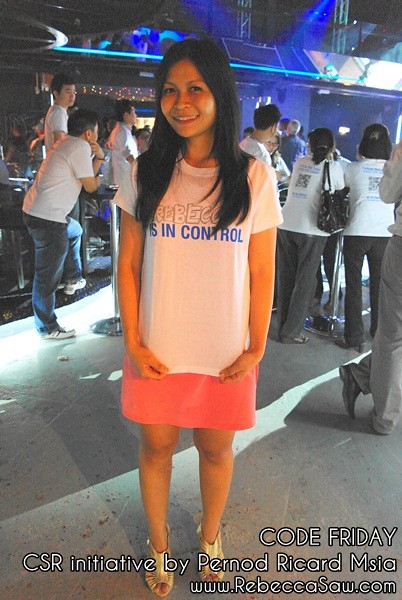 The owners of the clubs who has pledged to support CODE FRIDAY. 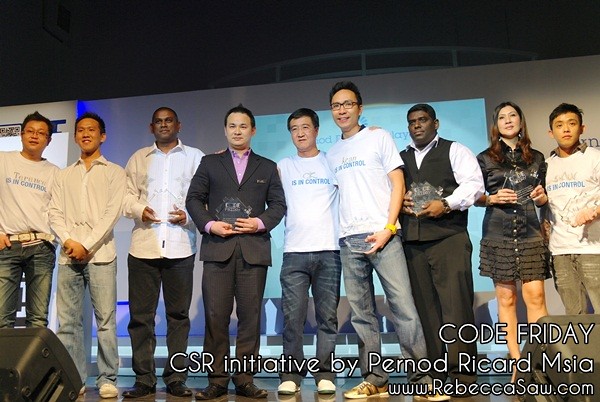 So what happens after this launch? Is that all?

Of course not. It’s not all talk and no action.
From 1st Oct 2011 onwards, these ladies will stationed at clubs around KL/Selangor and armed with their iPad 2. They will begin a series of on-ground activation of this campaign every Friday over the next few months to engage with consumers, given that Fridays is when drinking and heavy partying is at peak. 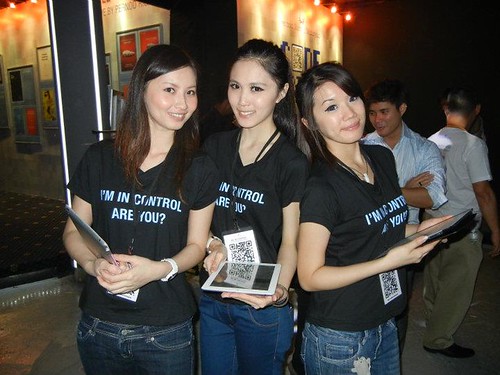 “This on-ground activation will see our Brand Ambassadors engaging with our consumers to encourage each one to take the pledge to ‘Be In Control. If You Drink, Don’t Drive’. We will activate this programme at all partner outlets, beginning with those that have pledged in support of our campaign,” Tan added.

It’s a very simple straight-forward process, and all done in a mere minute. So guys, if you happened to see these ambassadors around on your wild Friday night, make a pledge! And of course, don’t just pledge and forget all about it.
‘Be In Control. If You Drink, Don’t Drive’. 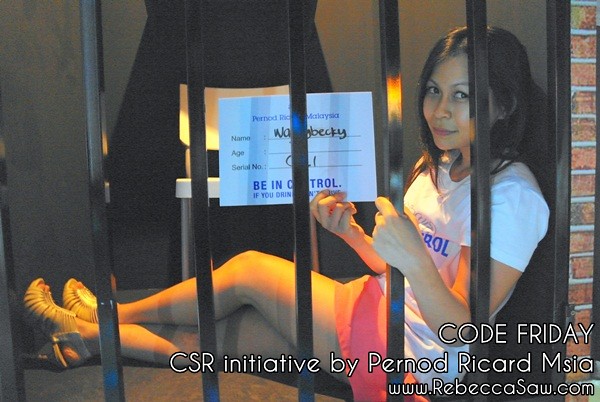 Hhaah.. The mock- up jail was fun. 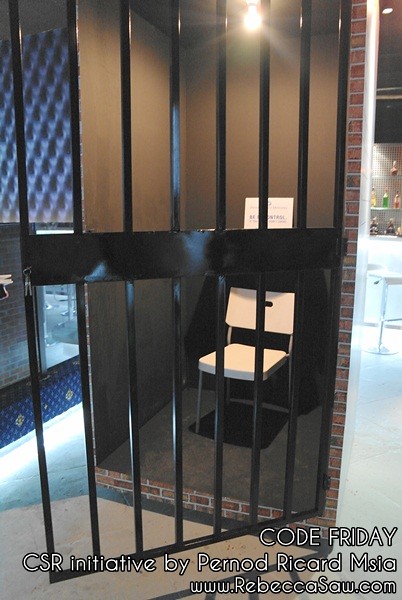 The experience of being detained! 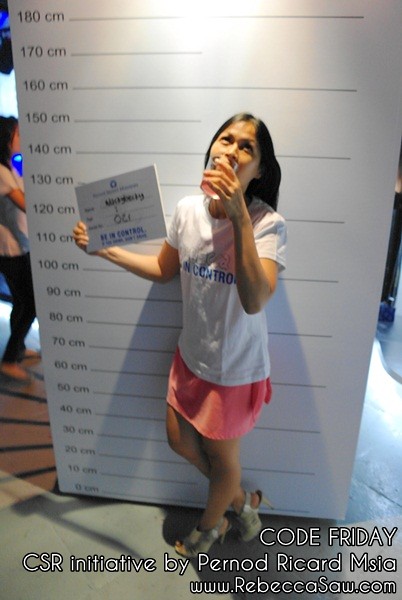 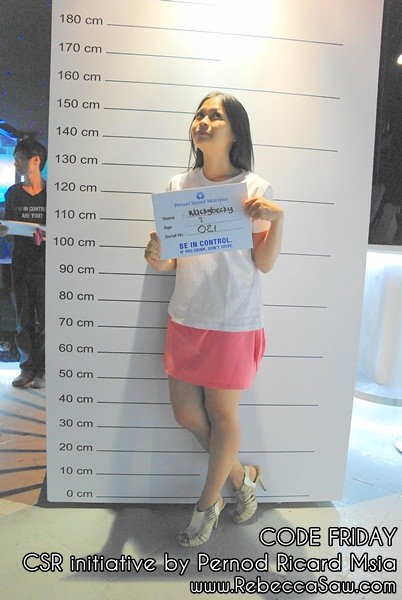 So, have you pledged?

PS: The campaign also takes on an emotional approach by sharing a compilation of short videos based on true-life encounters called Wish You Were Here to convey its core message. Stories from people who have been affected by drinking and driving can be viewed at the official website of the campaign. www.beincontrol.org.my. 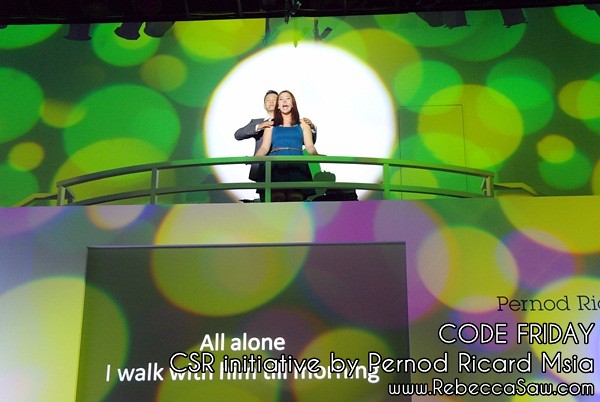 This CSR initiative is bought to you by Pernod Ricard Malaysia.

Last but not least.. the awesome peeps who came in support of the campaign. Remember, If You Drink, Don’t Drive! 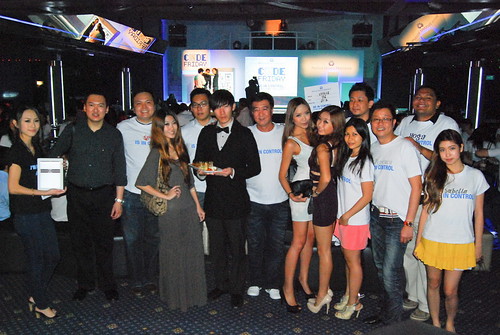