Shanghai Restaurant is one of JW Marriot Hotel’s premier restaurant and specialized in exquisite Shanghainese delicacies. Their menu offers modern and innovative delicacies for dim sum, lunch and dinner. This is my 1st visit to Shanghai and it was in conjunction with the upcoming Chinese New Year’s celebration. 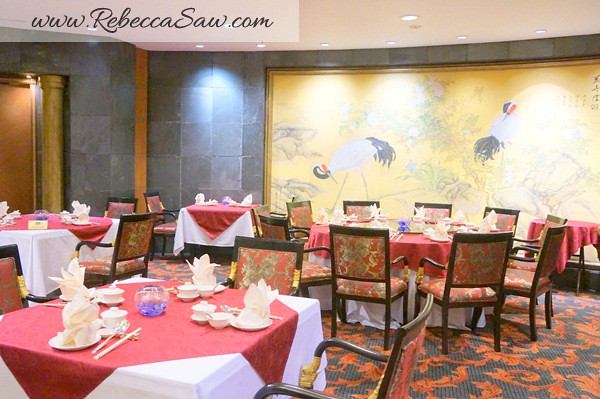 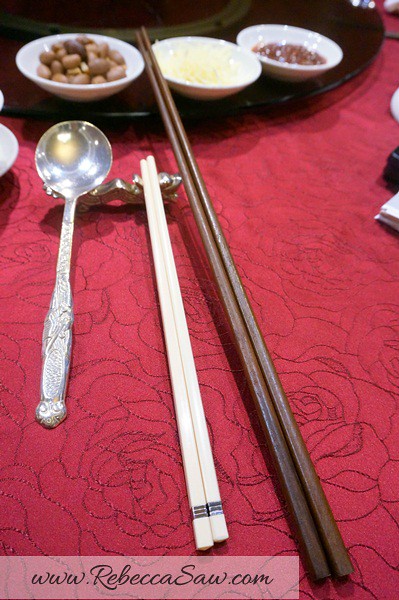 We started with the Yee Sang, which was delightfully different from the rest of the Yee Sang that I have sampled before. Most of the hotels chefs that I have met prepares their own concoction of the Yee Sang sauce. For Shanghai, the sauce is made up of of, among other ingredients, a hint of wasabi which gives it a slight zing.
As you can see from the picture, even the components offered differs from the norm. The use of cabbage almost automatically somehow made me associate this with coleslaw. In fact after the “lou sang” exercise, as I munched away on my portion, it did taste somewhat similar to a coleslaw albeit with a different dressing.  Although the taste is not quite on the traditional side, I loved it! 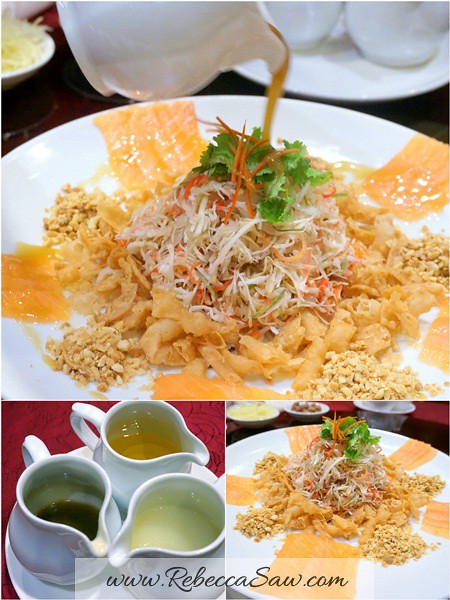 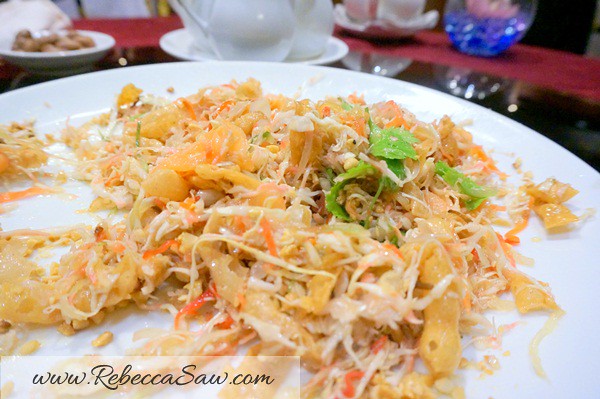 After such a healthy start, I laughed when I was served with Deep fried French goose liver wrapped with bean-curd and accompanied with spring rolls. Foie gras? Such a decadent luxury!

I wondered if its cultivated in China (this being a Shanghainese restaurant) but before I could ask, I was shown the label of the foie gras can. Apparently only foie gras of the Castaing brand, a label that is well known for producing premium quality foie gras since 1925 is used for foie gras dishes in Shanghai. 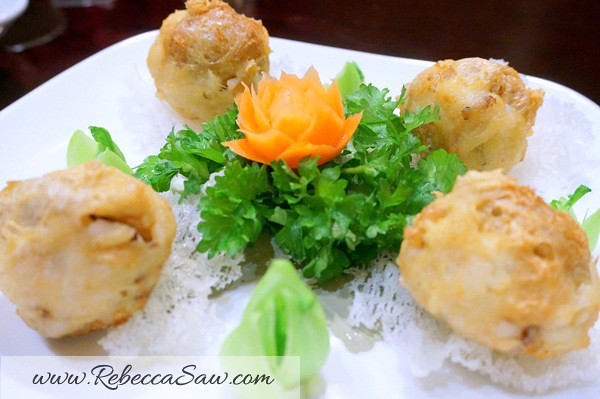 Pretty good I must say. Think of foie gras puffs or foie gras “yong tau foo” and you’re not entirely off the mark. 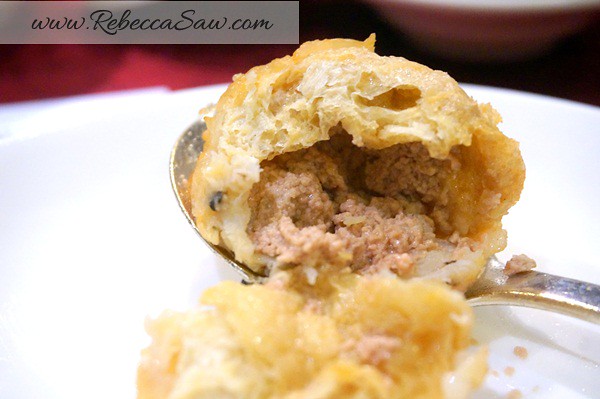 When I was told my next dish is Braised Spanish Meatballs with Vegetables I almost choked on my yee sang. Wow, I thought to myself. I should visit Shanghai more often! They do offer a compelling menu that strikes a harmonious marriage of both authentic and reconstructed Shanghainese cuisine, something not commonly found in this over-saturated landscape of restaurants in KL. 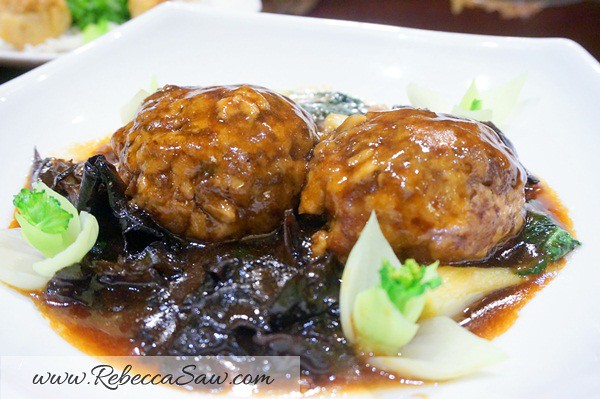 True to it’s name, the pork meat that was used for the meatballs originates from Spain and was slowly cooked with again, the chef’s special sauce; which will remain the Chef’s secret and a mystery to us all.

The meatballs was adeptly braised though the texture of the meatball was soft and sticky instead of meaty like the usual meatballs that we’re familiar with. This is probably due to the myriad of ingredients used. Usually I would have complained that it lacked meat and porky taste, but the entire orb was so tasty that even the finicky me couldn’t complain. 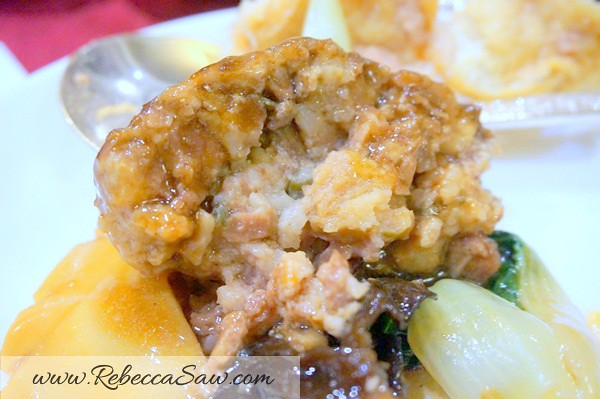 Shanghai Restaurant JW Marriot Kuala Lumpur has definitely outdone themselves in presenting a much more modern variation of Chinese New Year’s offerings. There’s plenty more luxury items presented in their menu,  befitting of its price. The dishes that I had the privilege to sample was individually selected from these menus. 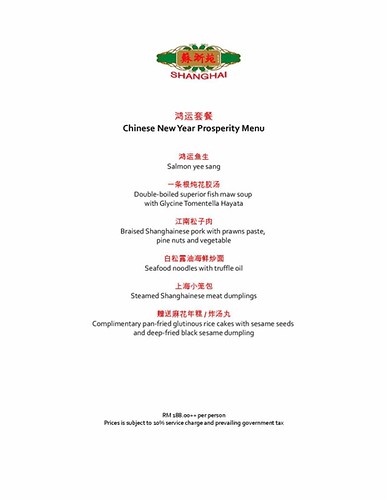 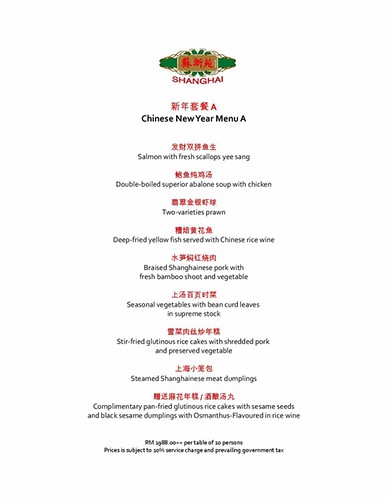 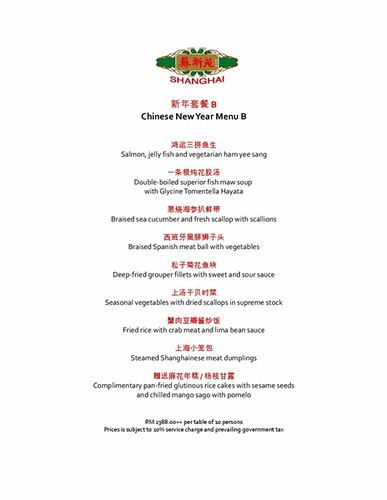 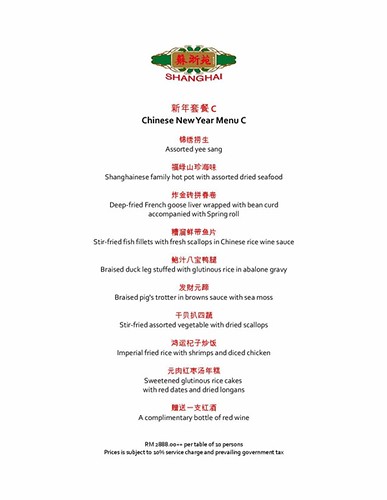 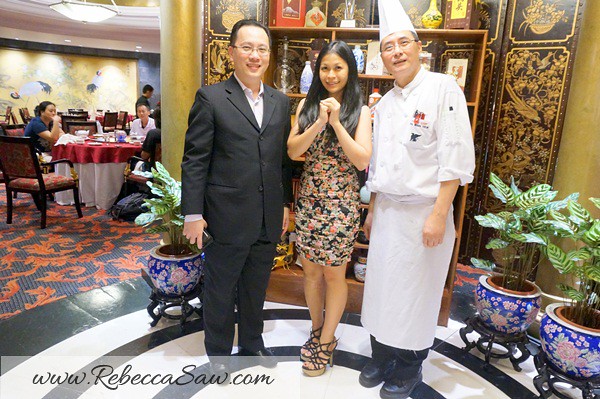