I had many great dining experiences at the Ritz Carlton, notably Li Yen for the dim sum and their annual mooncake offerings. More reviews on those HERE. For 2012 the brilliant concept of offering as low as RM50++ per pax for a minimum table of 5 during the Chinese New Year celebrations was uniquely Ritz Carlton. 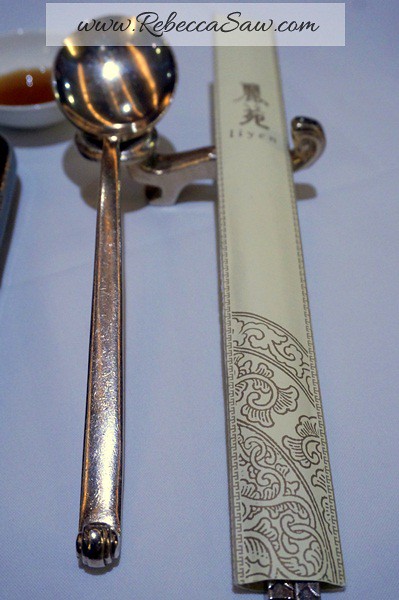 Unfortunately the same concept won’t be repeated this year. Instead Li Yen would be offering CNY set menus ranging from RM1388++ to RM4288++. Yes, expect to be blown away with gourmet ingredients and gastronomical preparations.

One such dish would be the Braised Pork Trotter with Dried Oysters and Sea Moss. Oh my god, I was so sick of the usual braised seafood with broccoli versions that any variation was most welcomed. And the fact that it has a pork trotter in its midst was good enough to edge out all other similar prepations. 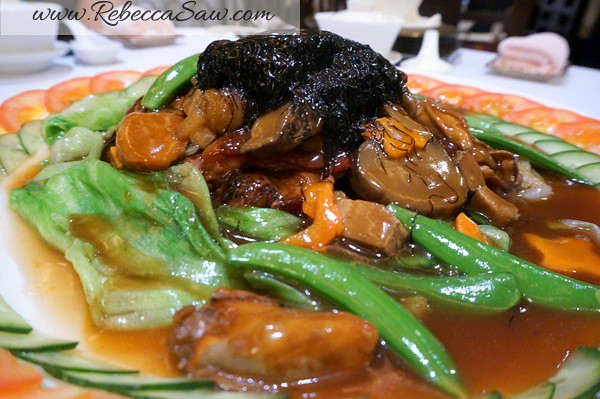 The reason pork trotter was used was for its reference in the Cantonese dialect as “Yin Choy Ji Fok” literally means ‘capturing prosperity with your hands’ (or something to that effect, frankly I do not know a word of Cantonese). If you must know, pork trotter is used in this dish to symbolize the auspicious ‘hands’ that will help you to capture wealth and prosperity. 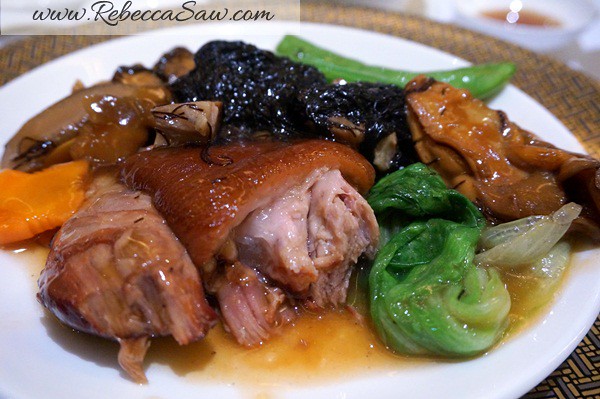 This dish is one of the few dishes that I truly enjoyed in my rounds of reviews this year. The pork trotter in question was so adeptly braised. The flavour of the braising was deeply imbued in the meat, and its texture exquisitely fork tender. I absolutely adore this dish. Loved it to bits, in fact! 🙂

This dish is definitely one of the better Chinese style pork knuckles that I had in a very long time.

Another dish in Li Yen Restaurant that was memorable was their Lap Mei Fun. For those who are unfamiliar with the Cantonese dialect, ‘Lap Mei Fun‘ is actually steamed claypot rice that’s cooked with Chinese waxed meat.

To make this comforting dish, a simple seasoning of rice wine, some soy sauce and sugar is is usually mixed with the rice and waxed meats while cooking in the claypot. But in Li Yen, it’s done differently. Instead of mixing all the waxed meat together with the rice during the cooking process, the assortments of waxed meat was served separately. 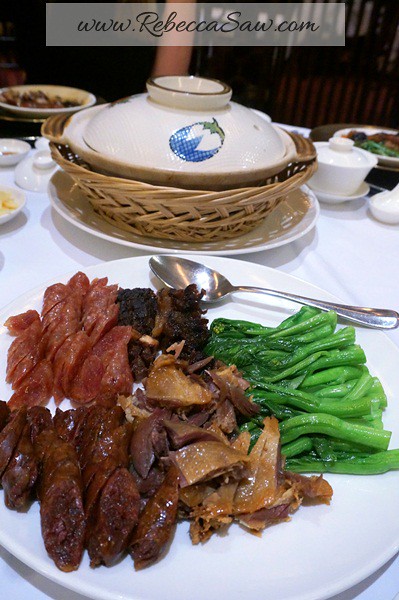 A whole platter of that just for ME!
Can you imagine? I was very nearly keeling over with happiness. Premium waxed duck meat, pork, liver and not to mention fat and juicy waxed sausages. You, my readers are no doubt mouthing something about “cholesterol” right now but frankly, I’m not one to worry about cholesterol! The gurus of Cantonese cuisine had always been of opinion that the best ingredients for Chinese cuisine are sourced from Hong Kong, and I have no grounds to refute them. 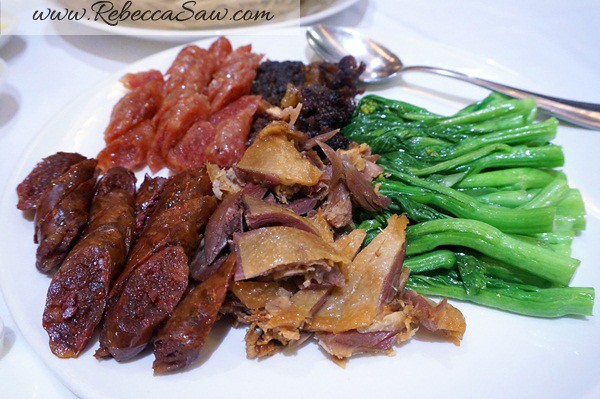 Though the rice was served separately, it was amazingly fragrant and was delightfully moist. The rice was well-seasoned with oil, soy sauce and whatsoever combination of the chef’s secret sauces. Each spoonful of rice was dotted with the crust from the bottom of the claypot as how claypot rice should be. The best part is that while the rice crust was crispy and crunchy, it wasn’t unpleasantly burnt or chewy.
The chef has taken great pain to control the fire while cooking the claypot rice as you don’t usually attain such balance unless you keep close tabs on the heat during the cooking process. This is without a doubt, one of the best Lap Mei Fun I’ve ever had, the other being the one at Elegant Inn, Menara Hap Seng. 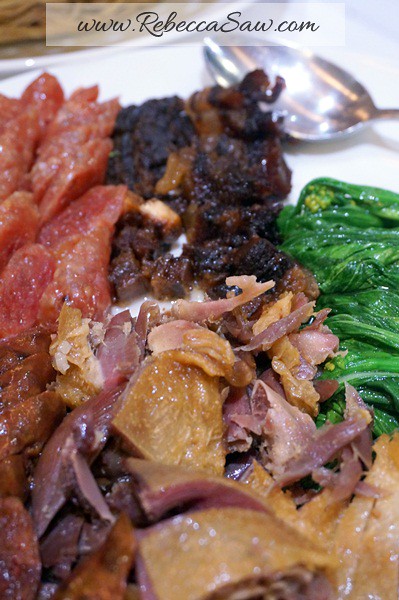 Dessert of the day was Deep Fried ‘Nian Gao‘, a traditional sticky sweet cake. It was simply fried in batter and wasn’t a befitting end to the otherwise great meal. I never liked my food greasy; even is it’s deep fried. 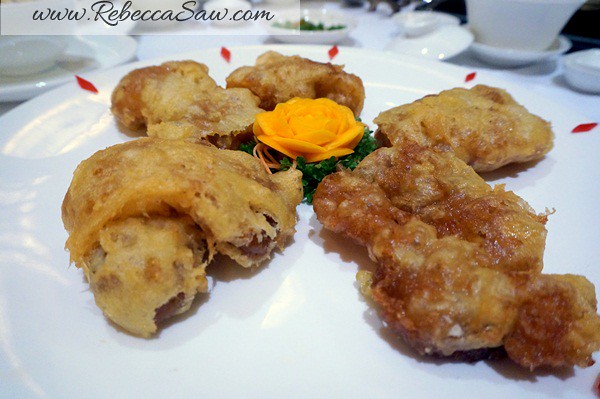 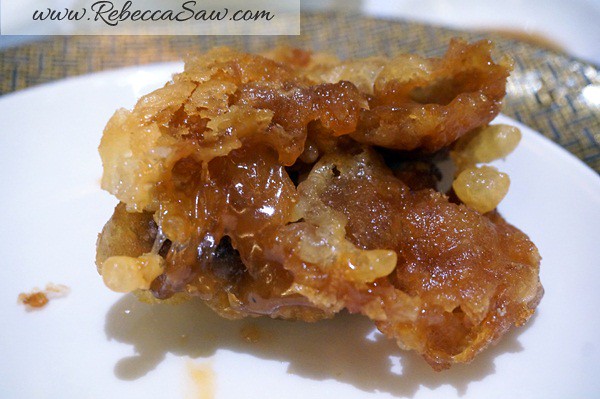 Li Yen Restaurant is offering Chinese New Year’s course meal from 9th February 2013- 24th February 2013. This is the place to be if you’re looking to impress the company that you would be hosting for CNY.  Yee Sang promotion is also available with prices ranging from RM88++ to RM238++ and is available in two sizes. 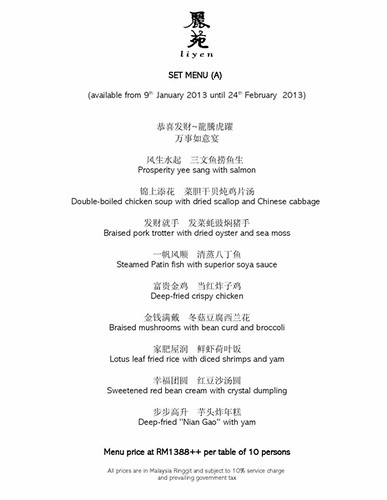 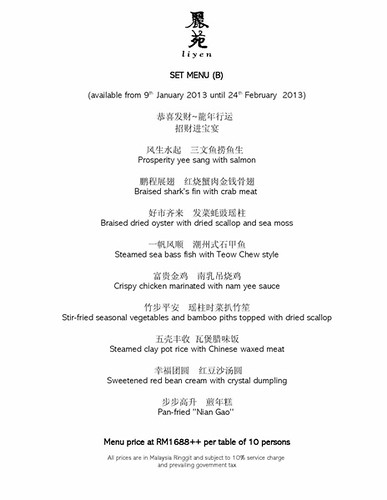 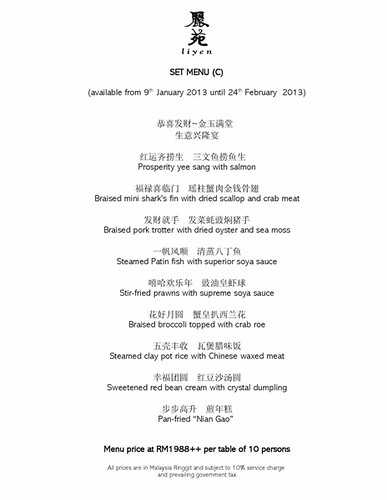 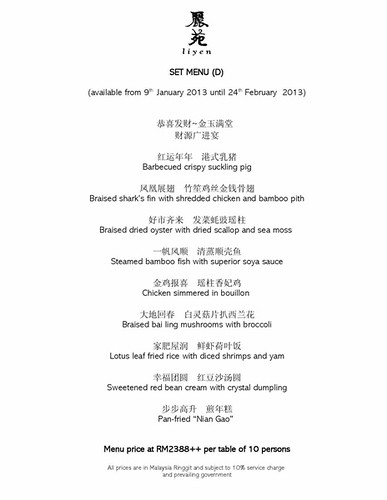 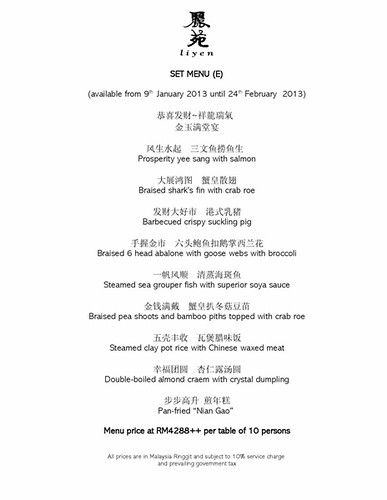