The roti john I’m familiar with is the one I see sold at Ramadan Bazaars. In fact I hardly ever saw roti john back in Penang (but my time in Penang was many years ago) so roti john was one of those “KL food” (a loose term I use for food that I find unfamiliar when I first land in KL) that was new to me.

Roti John =  long bread coated with scrambled eggs with minced meat (beef or chicken), topped with cabbage and drizzled with a generous amount of mayo. 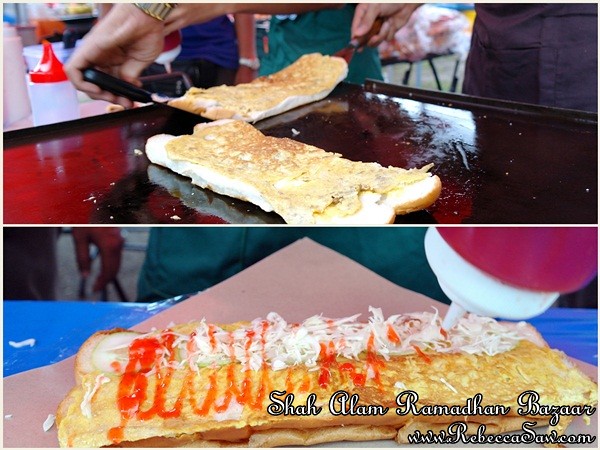 Fast forward a few years, I’m now familiar with Roti John. Or so I thought.

In Melaka, apparently Roti John is one of the food that has an different version from KL.

There’s a differentiating factor for the roti john in Melaka. Normally prepared with sardine/minced meat and eggs. The Restaurant Barkat version was much nicer as it is prepared with lots of pounded anchovies. Crispy and aromatic- flavorsome! 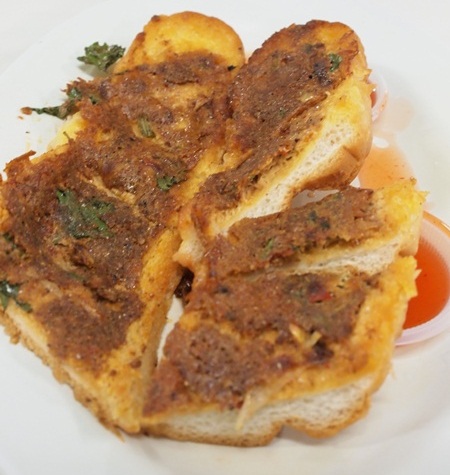 It is devoid of the usual mayonnaise, cucumber or any other ingredients and instead came served with a chilli dipping sauce . The filling is much more savoury than the KL ones, thanks to the recipe which calls for anchovies and parsley. 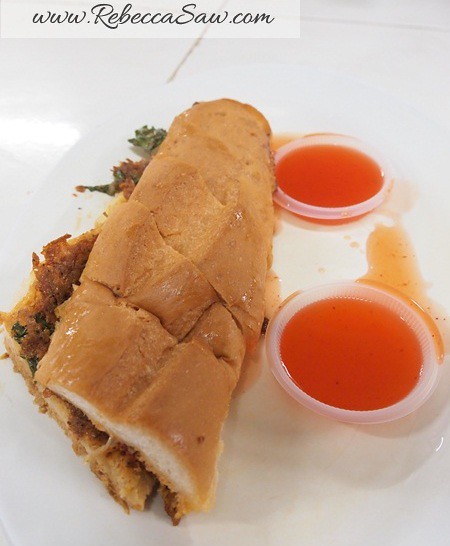 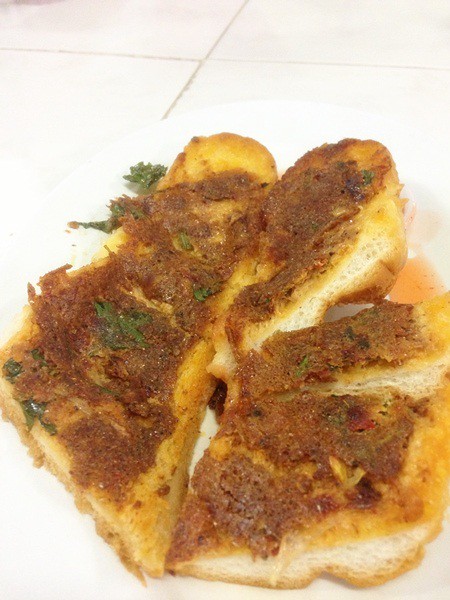 It’s hard to locate if you are not a local as the location is really far from the town area. However if you use WAZE or GPS it is still accessible. Other than roti john, there are
Ayam Golek” – rotisserie chicken as well and it is only imperative that we sample one too! 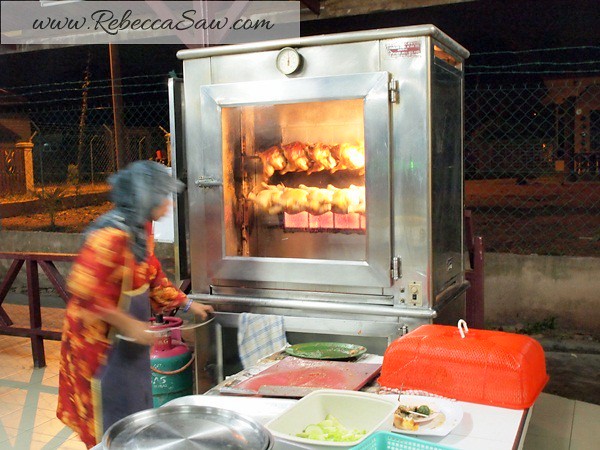 Too bad it looked better than how it tasted. The chicken is no doubt tender and juicy but it lacked any flavor. Well, I guess that’s where the chili sauce came in handy. A pity really, as the chicken should taste good enough on its own without the need for chilli sauce. 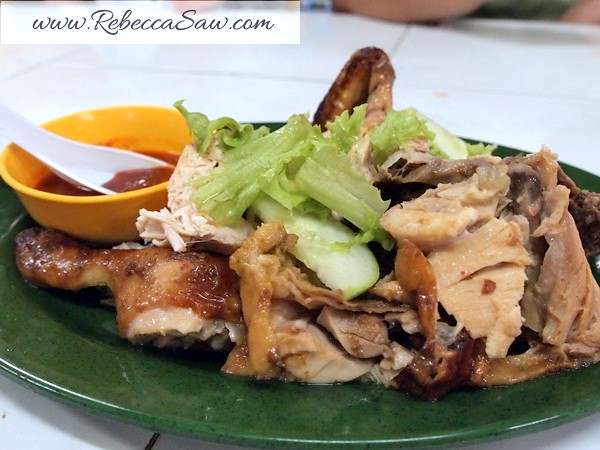 Below: The loave of bread rolls used. At first glance I thought they were baguettes. 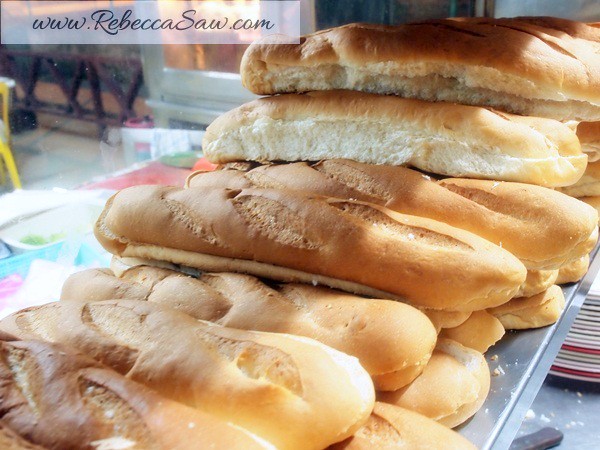 On the hot pan, soon ready to be served. 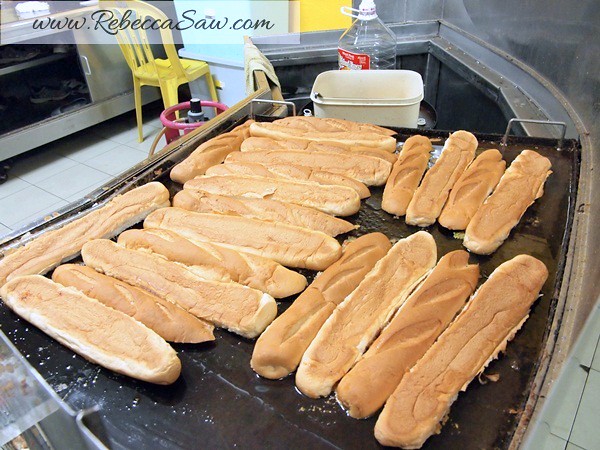 Tanjung Kling is about 13km away from town center. Restoran Barkat Roti John version of Roti John is different from the one we get in KL and thus there lies its charm and the reason why it is “uniquely Melaka. If you observed from my pictures above, there are no lettuce or mayonnaise added into the sandwich. Its taste relies heavily on the minced anchovies and the parsley which gave it the fragrance while other spices contributes to its savoriness. 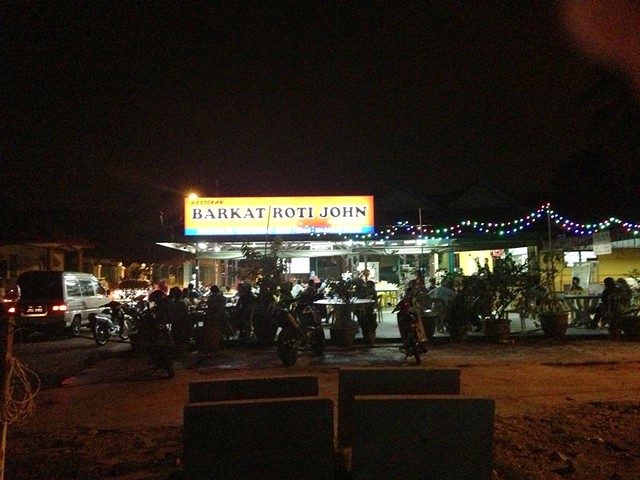 * This Melaka trip was made possible by Casa del Rio, Melaka. Many thanks to the management for the splendid stay and providing me the opportunity to explore the rich cultural state of Melaka! 🙂 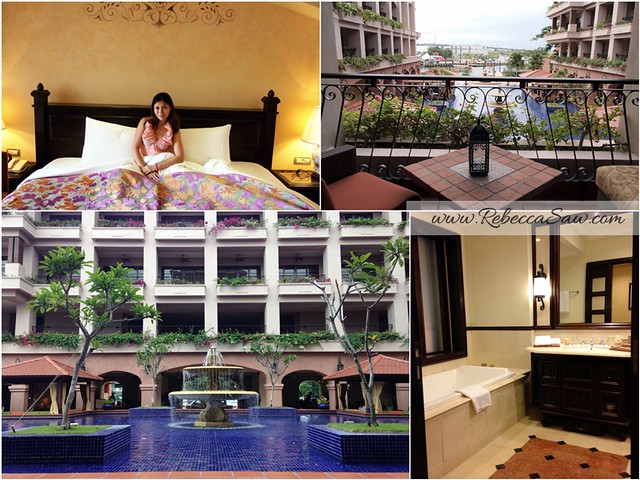