So here I am in Jakarta, all dressed up and all devices charged to bring you the news of the latest ZenFone 2 by Asus.

This event is HUGE.
Our Malaysian delegation alone numbered at 50 while I know the Philippines congregation is about 30.
We have media, dealers, and journalists from Taiwan, Vietnam, Myanmar, Thailand and Indonesia. 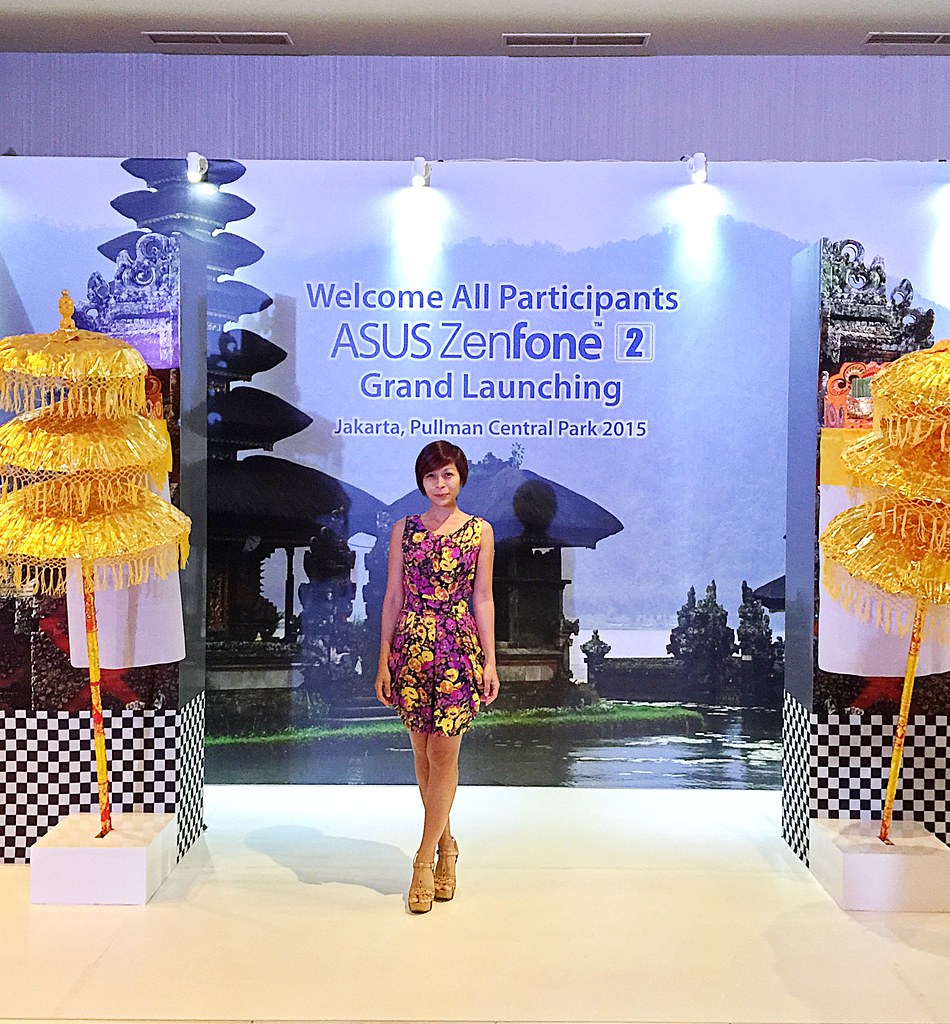 It was deja vu as I was just in Jakarta last year for the FIRST Asus Zenfone launch.
And with almost similar group of media friends! Today I am here in anticipation of its successor, the Asus ZenFone 2. 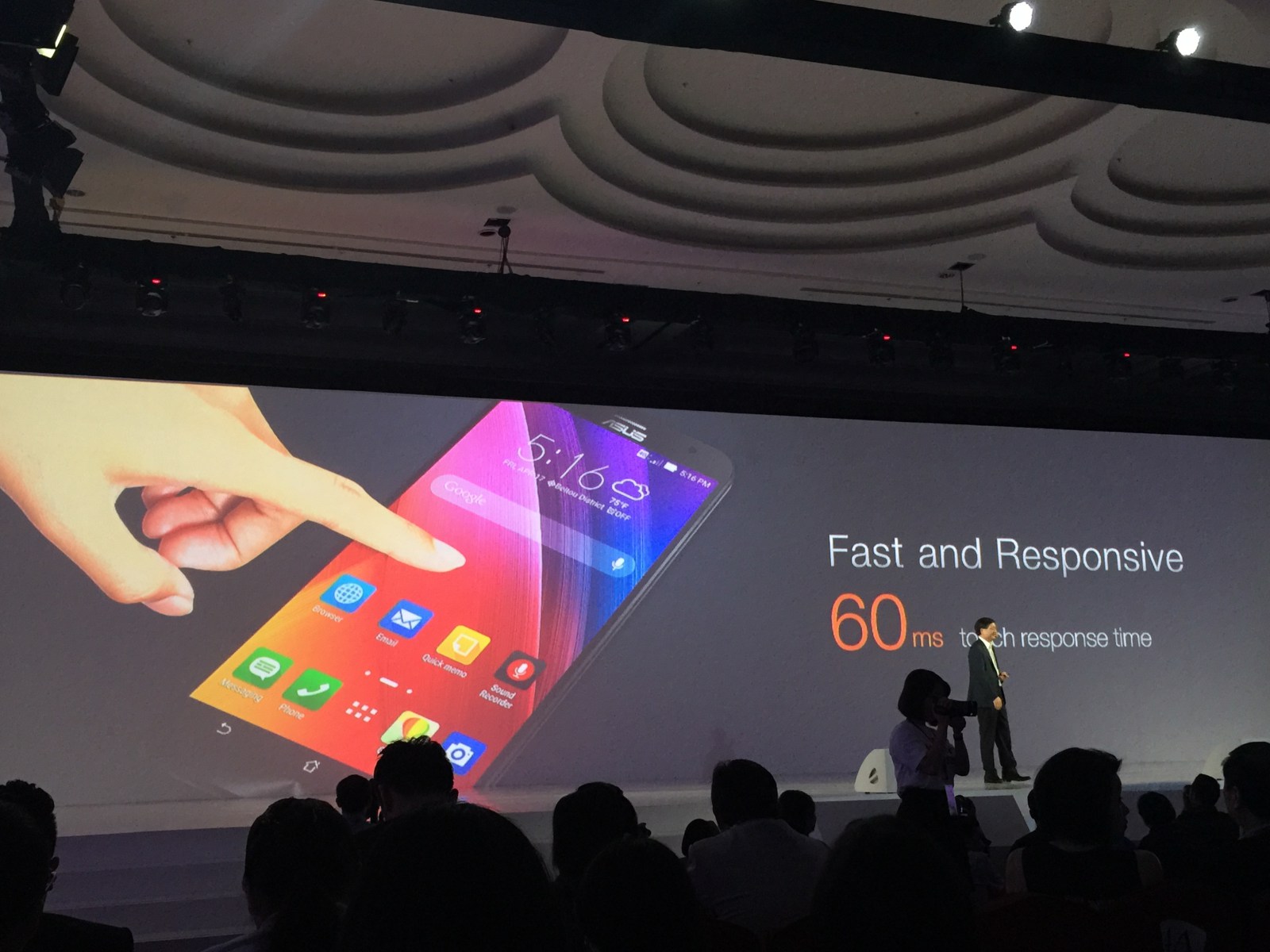 As we know, Asus was synonymous with motherboards. Then Asus had went on to make a name for themselves in the laptop market, churning out sleek, powerful machines.

I was a proud user of the ZenBook UX301 for nearly a year and was mighty pleased with performance as well as its looks. 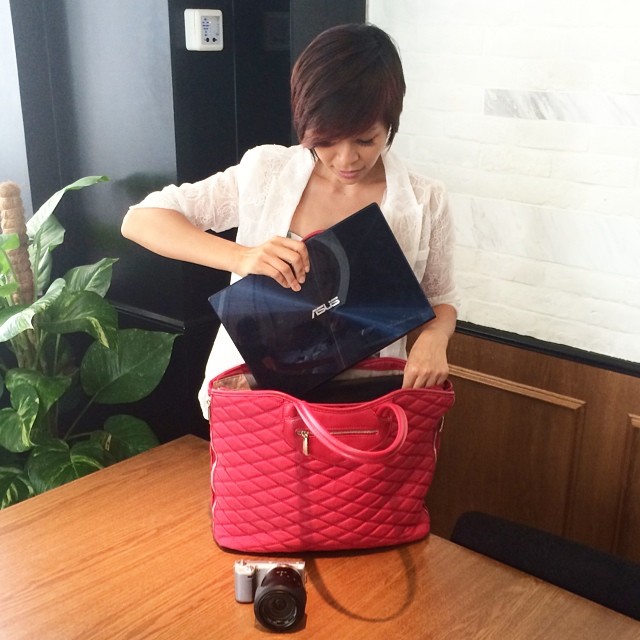 Asus’s subsequent foray into the smartphone market has paid off homesomely with the ZenFone.
The Asus ZenFone packaged solid hardware and superb software at an amazing value. It sold well and was almost unattainable for months in Malaysia due to limited stock.

Thus the Asus ZenFone 2 was expected to meet the high expectations set by its predecessor.

And from the looks of it, the ZenFone 2 did that and more!

The ZenFone 2 has a very premium feel and looks absolute gorgeous with brushed aluminum back cover.
The design team has also made a very solid decision for the choice of colours; elegant silver, austere white, sleek black, fire red or haughty gold. 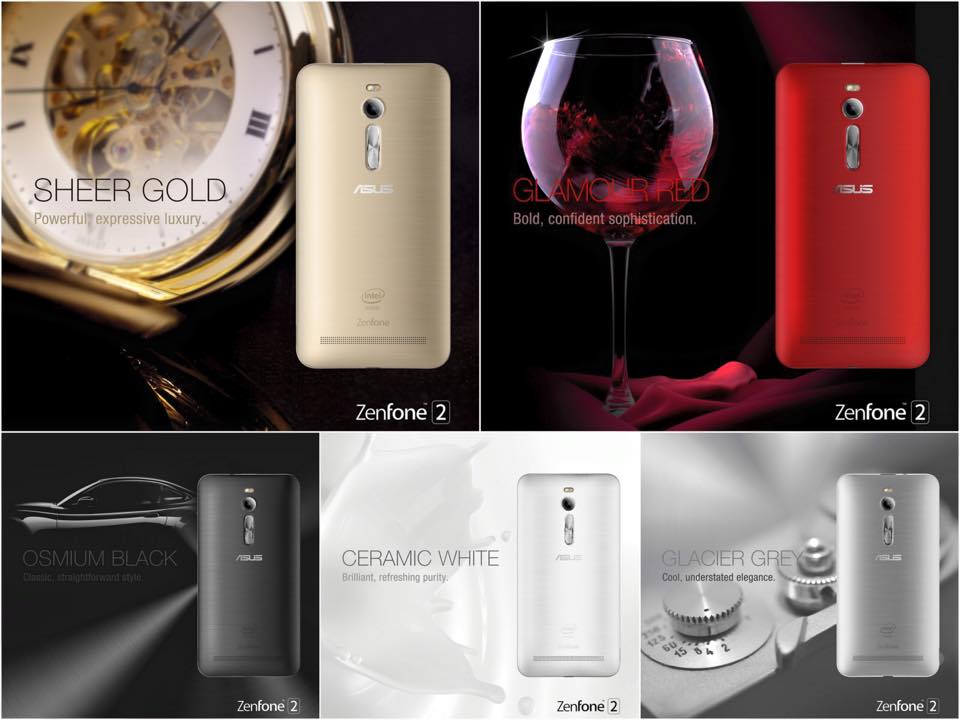 Whichever colour you chose, the shade of the colour as well as the sleek finish of the phone is bound to turn heads. It is easy to see how it has since won the 2015 IF Design Award.
The luxurious metalic hairline finish on its back, compact body with mere 3.9mm at its thinnest edges and its 72% screen-to-body ratio fits a 5.5-inch display nicely.

The ZenFone 2 is also ergonomically designed with gracefully curving at the back of the case, fitted conveniently for human palm contour.

Another noteworthy feature to talk about is the sensor which gives much faster response time of just 60 milliseconds after being touched by the fingers.
This translate to almost no pauses when swiping, tapping applications, or playing games.
Android phones circulating in the market today has an average touchscreen response time of 80 to 100 milliseconds.

Aside from being responsive, ASUS ZenFone 2 screen also supports Glove Mode feature.
When this feature is switched on, the screen touch sensitivity will increase so that users can use the phone even if they are wearing gloves.
You may think this is not a big deal, but for me I appreciate this feature as I travel often and in colder countries I wore my gloves almost 24/7 .

ASUS perfects the screen performance by applying Corning Gorilla Glass 3 to enhance protection against scratches as well as minor bumps.

On top of the cover glass, ASUS spreads an anti-fingerprint coating as thick as 20 nanometer. This coating allows user to tap, slide, or swipe on the screen without having to worry about leaving any finger marks and smudges. YAY!! 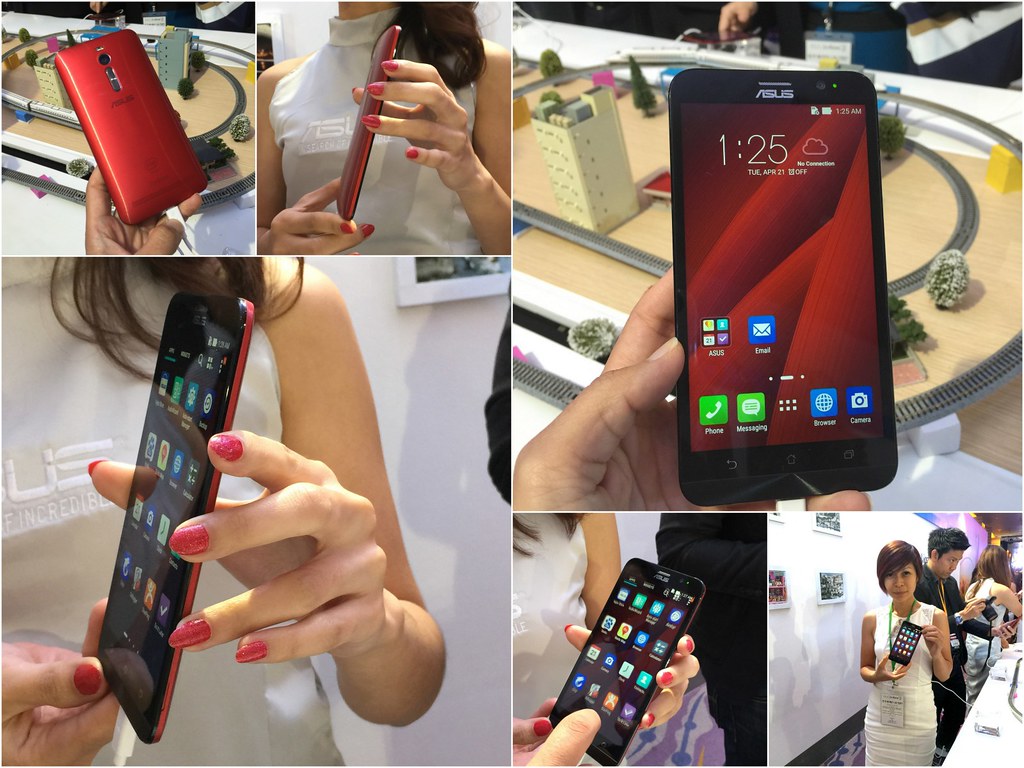 Based on conversion the approximation of prices (RM) are (not inclusive of GST): RM799 or RM850 for the 1.8GHz OR RM1200 or RM1300 for the 2.3GHz.
However, hold your horses as the actual prices and units will be confirmed and available in Malaysia in mid May (to be exact on the 9th of May!). 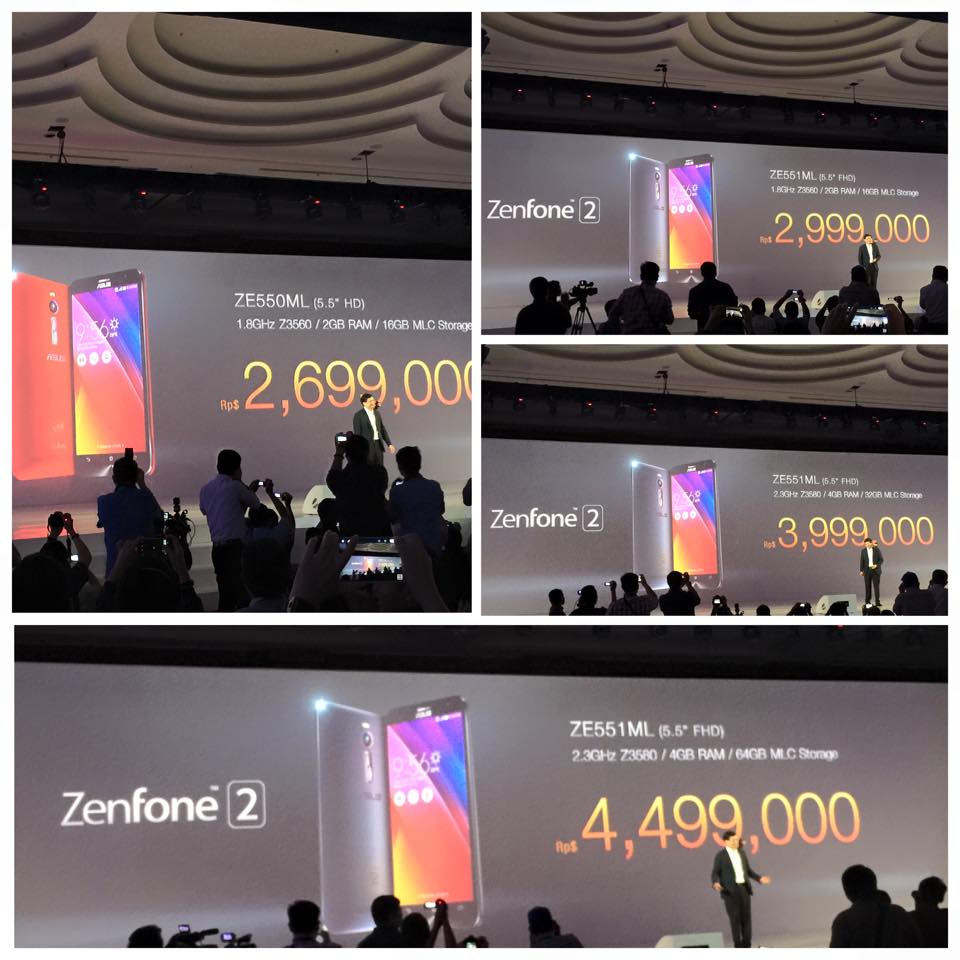 In comparison to the previous series, ASUS ZenFone 2 offers a faster battery charging as it features a power adapter with a higher output of 5V/2A. Initially, ASUS used a 1,35 amps power adapter for ZenFone series. 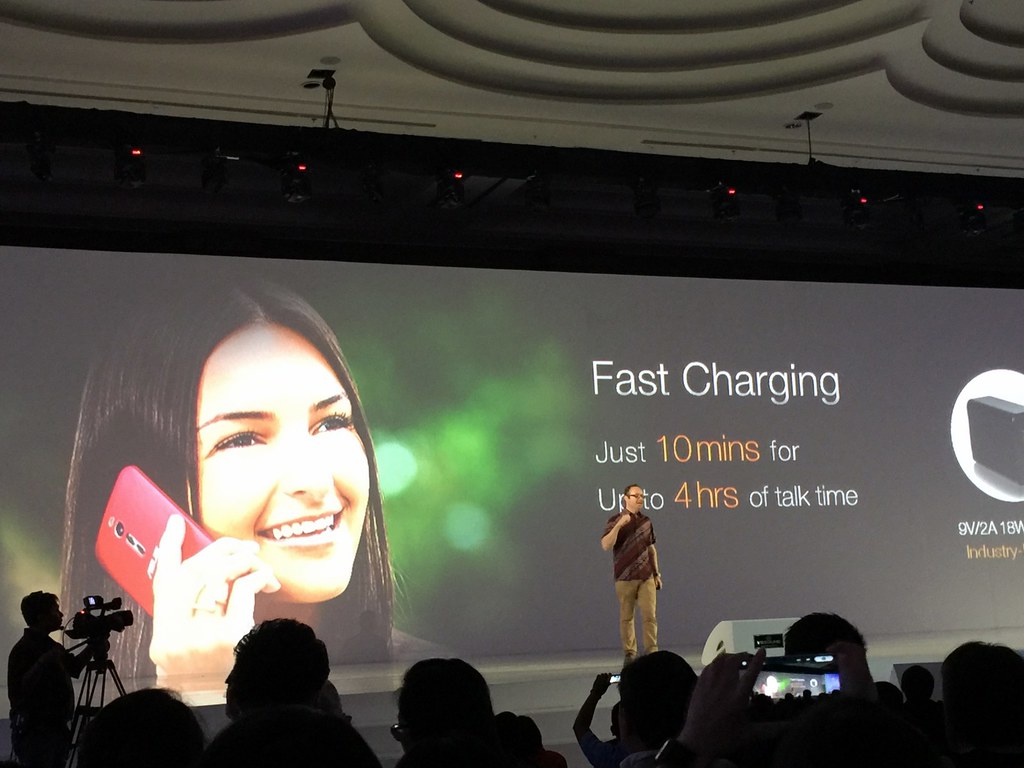 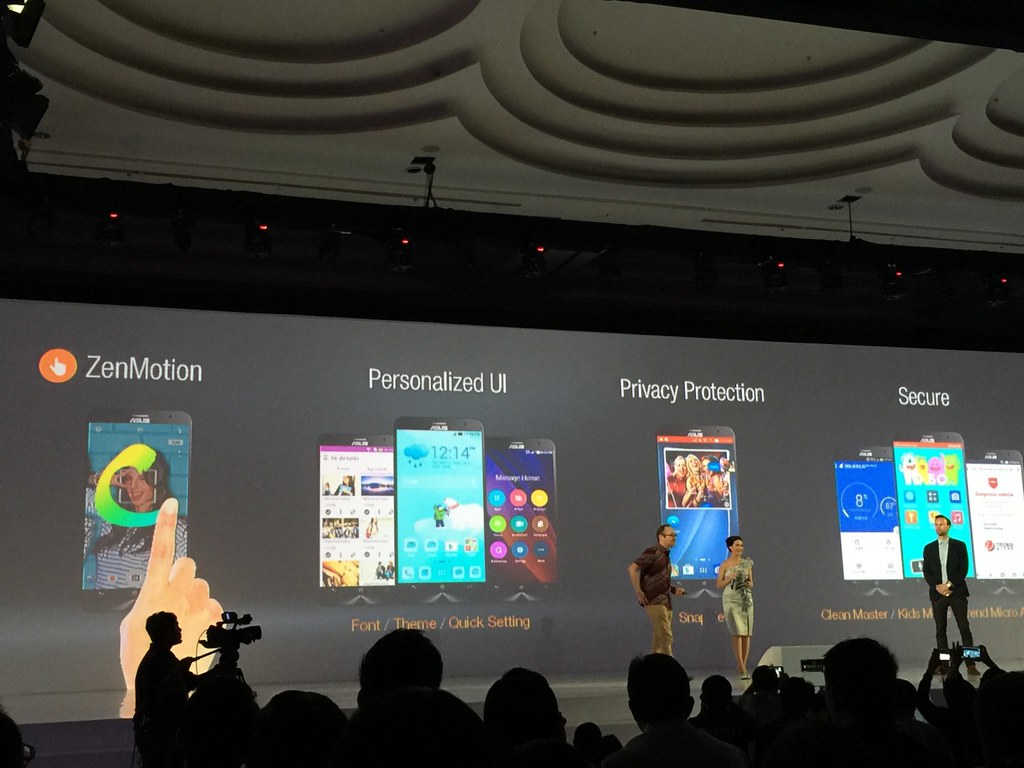 I mentioned that I travel often earlier, and another of the feature in ASUS ZenFone 2 I love is the Dual SIM Dual Active technology which operates two transceivers, one for each SIM card slot.

This gives the advantage of two SIM cards being always active.
Making and receiving calls or SMS from both SIM cards can be done simultaneously. In fact, users can opt for holding his or her conversation with the first caller while accepting a call from the second caller.
The conversation with the first caller (on SIM card 1) can be continued after finishing with the second caller (on SIM card 2).

Lastly, there’s SnapView. This feature provides two different login accesses/accounts, as if users had two separate smartphones.
However, more of such features can only be covered in detail with prolonged use. 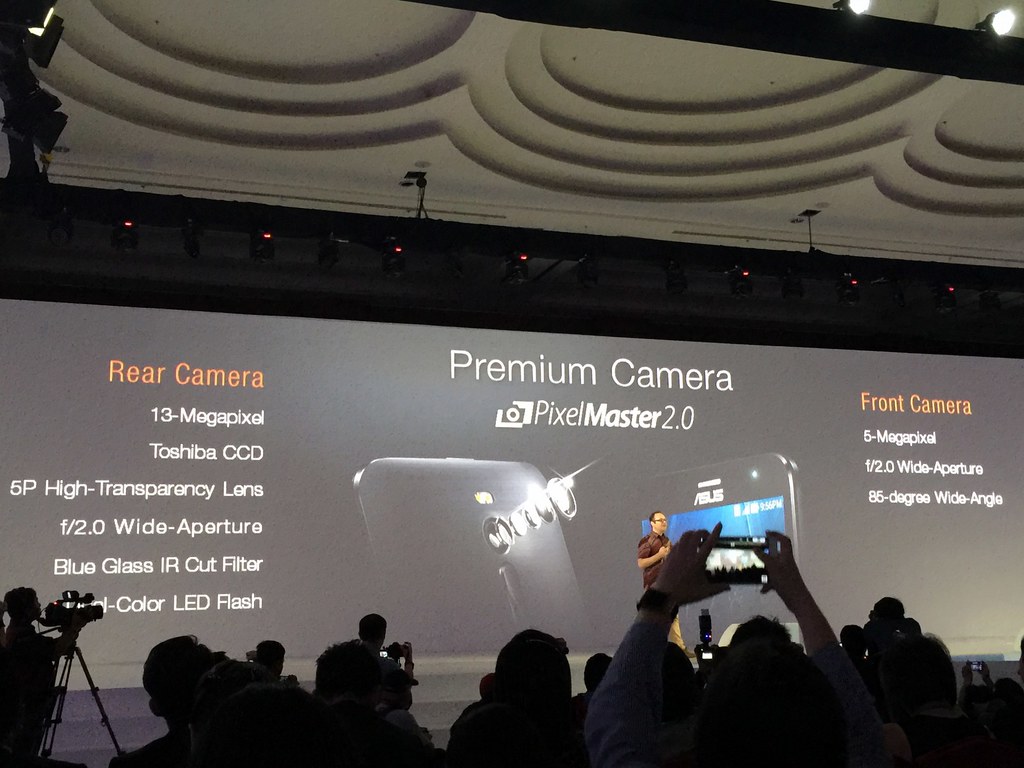 The phone has a 13-megapixel PixelMaster f/2.0 main camera and front facing 5-megapixel camera.
The must-try mode is Selfie Panorama giving the front camera an ability to capture images with an up to 140-degree field of view.
That mean the front camera allows wider angle selfies! 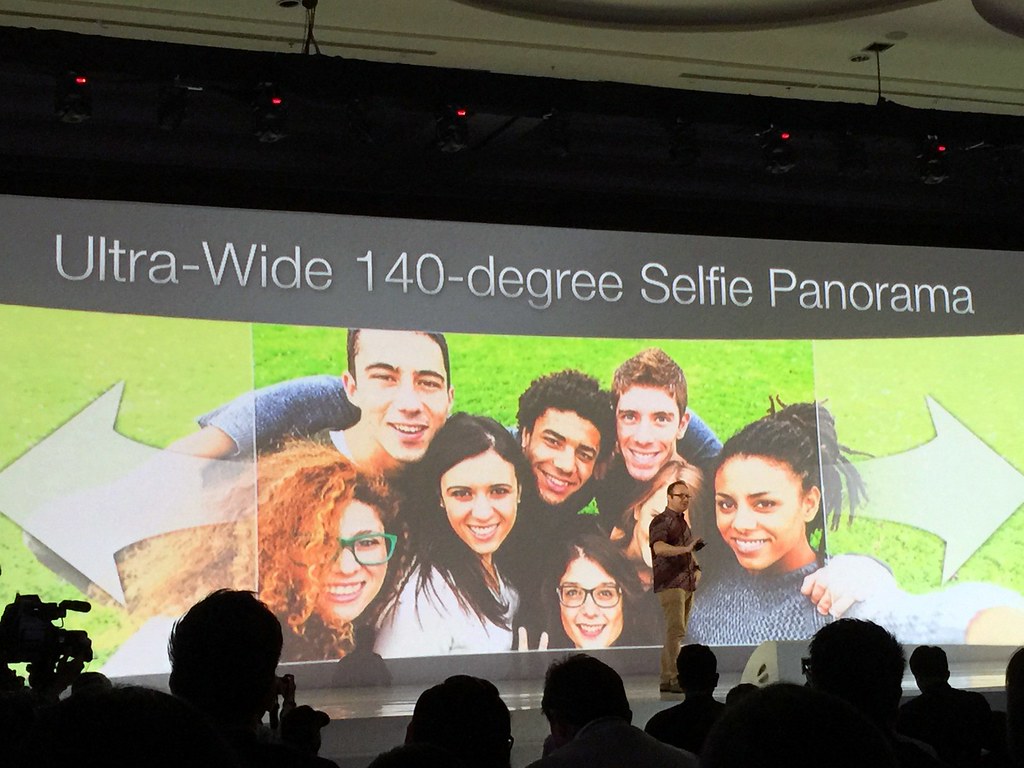 In addition to that, the main camera uses a dual-color RealTone flash for true-to-life photos so no more “fake/unrealistic ” looking images!
It also now offers two additional modes – Super Resolution and Manual mode, where adjustments of ISO, White Balance, Shutter Speeds and Exposure Value are made possible. 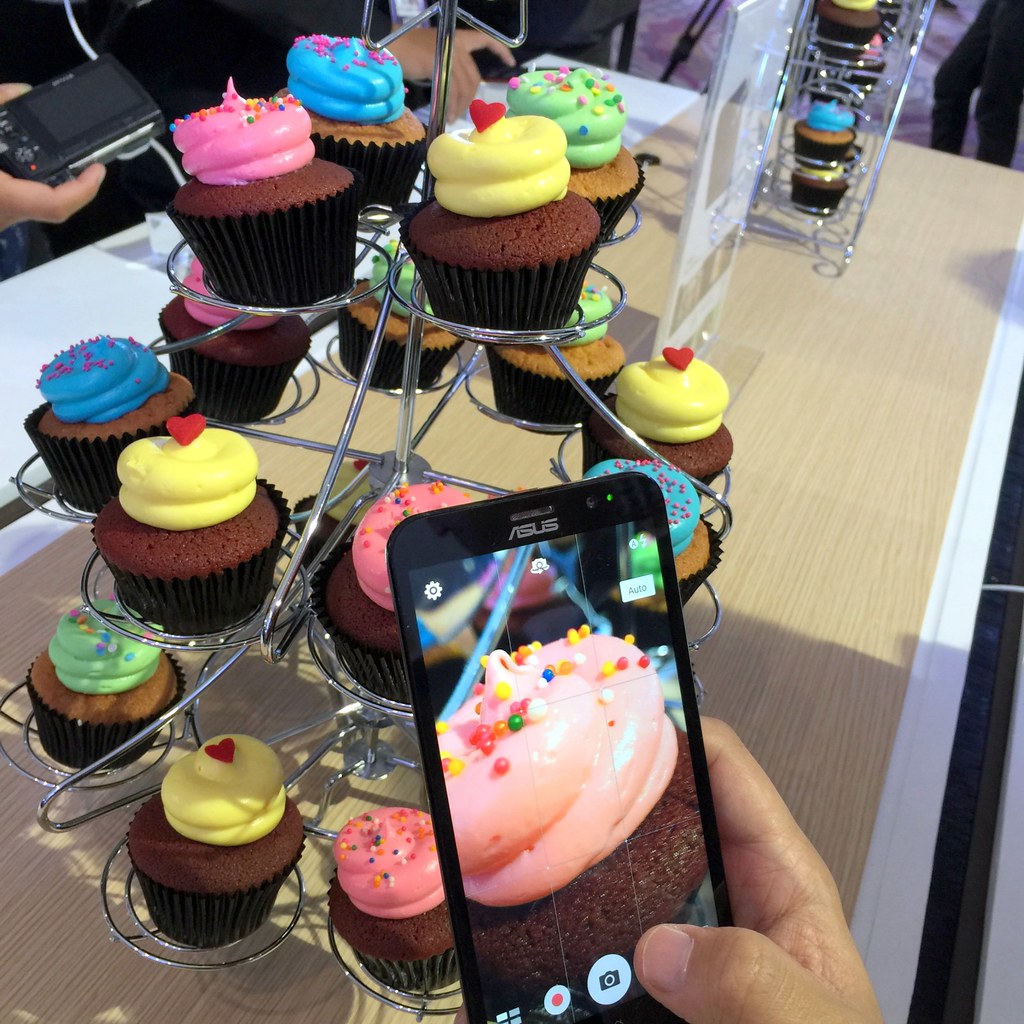 And of course, some of the presets that were popular is present on this model – Beautification mode which we are certain would be the to reason for the fairer sex to consider a unit. 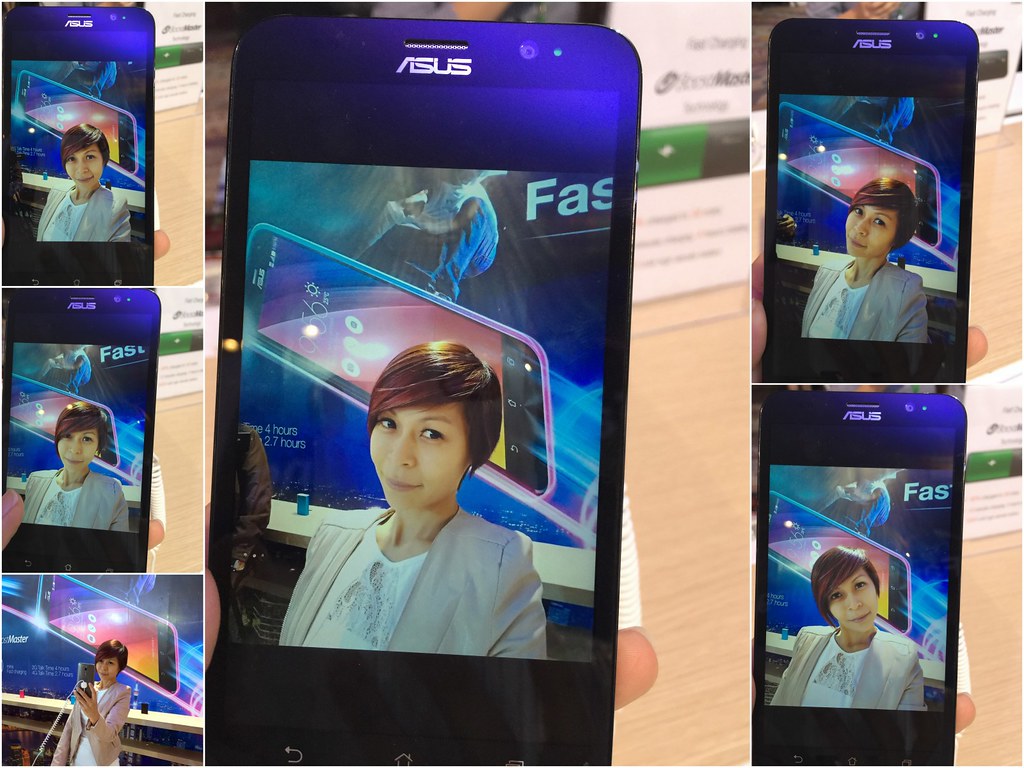 For an easy single-handed operation, volume button with ASUS concentric-circle design is now rear-mounted. The button also functions as shutter button when user is snapping a picture, especially selfies. 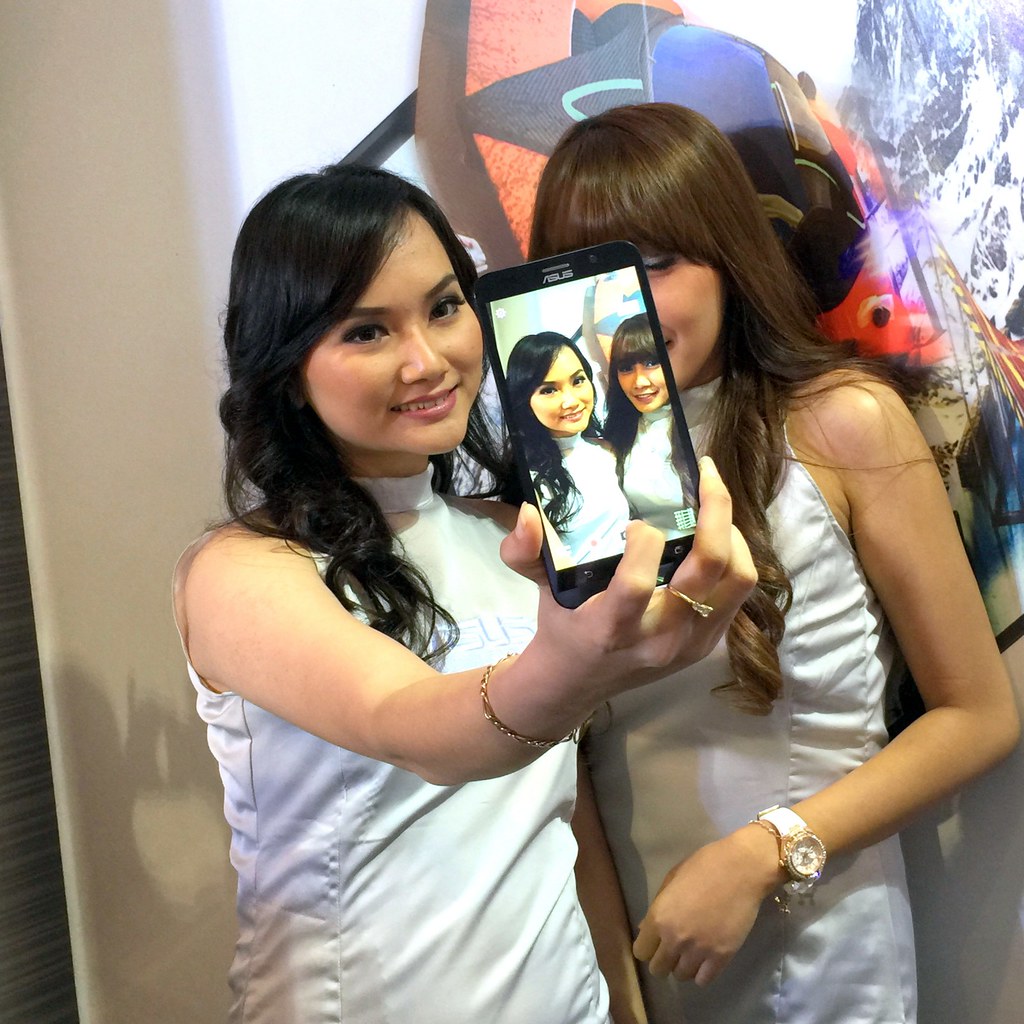 Two LED flashes are at the upper part of ASUS ZenFone 2 back cover. For the volume button, ASUS also provide the unique concentric circle design on it. 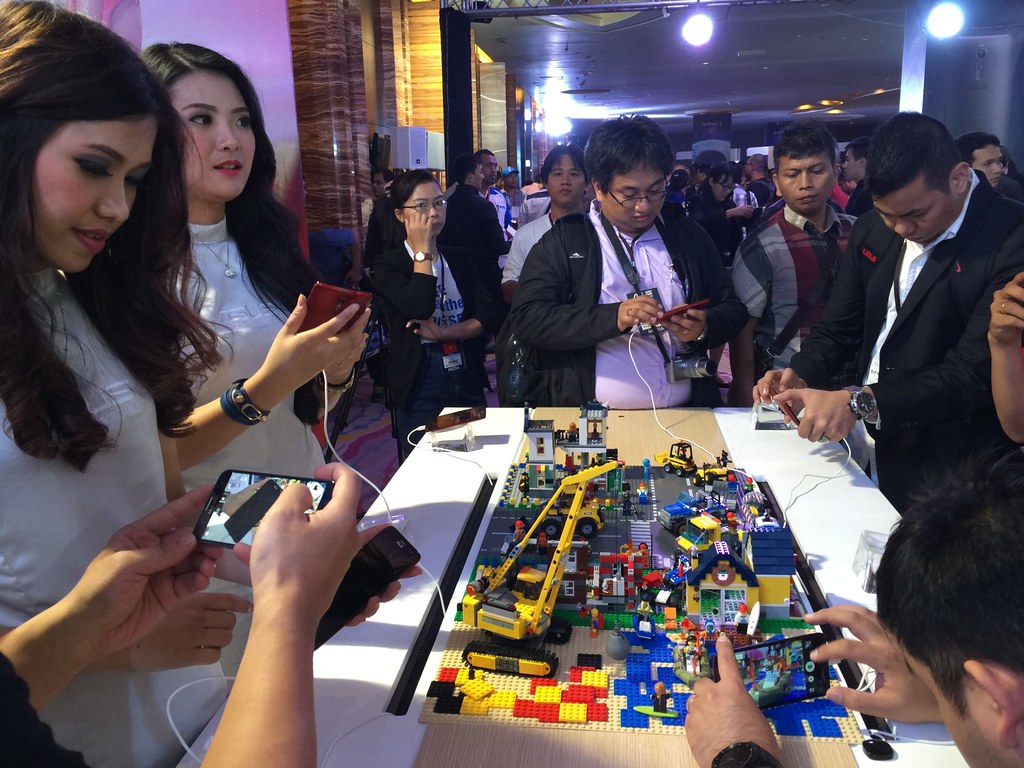 Want to get your hands on one?

Availability of the ZenFone 2 will be available in Malaysia very soon and will be officially announced on the Incredible ZenDay happening at 9 May 2015 at KL Live.