Asian Food Channel (AFC) is hosting celebrity chef, Bal Arnerson’s “Bal Arnerson’s Spice Adventure” tour of Asia in her Malaysia’s leg of her journey which will later cover Singapore, Philippines and Indonesia as well.
In her tour which will start from 7th till the 24th of August 2014, the host of “Spice of Life with Bal Arnerson” and “Spice Goddess” which airs on Astro’s AFC (channel 703) will host a series of dinner and demonstration events for corporate clients, media and fans. 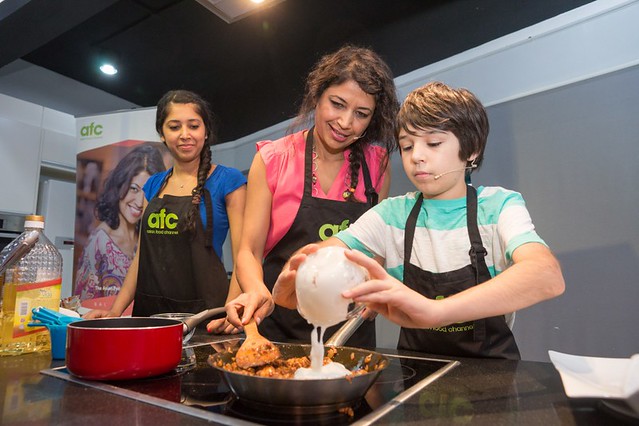 Together with her on this regional tour is her beautiful daughter Anoop, 20 and her always jovial and cheeky son, Aaron, 10, both of them whom are also featured in “Spice of Life with Bal Arnerson”. During her stay, Anoop and Aaron will also be assisting Bal in the kitchen, where she will unleash her trademark spice infused cooking prowess. 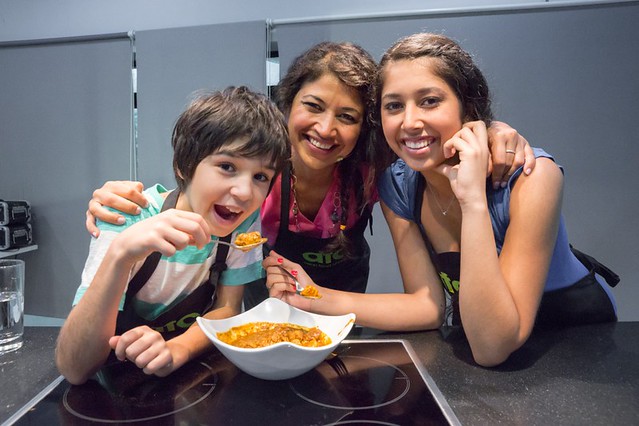 Before we get on with the good stuff, let me share with you some fun facts about Bal.

She went to Canada 23 years ago without both education and family support, she built herself up into where she is today with a Master’s in Education and as a TV host and book author.
In 2010, Bal Arnerson’s series, “Spice Goddess”, was launched on the US Cooking Channel and Food Network Canada. The show was nominated for a James Beard Award in 2011 and for the lifestyle category by NAMIC Vision Awards in 2012. She has appeared as a judge on Iron Chef America and has judged with the famous Bobby Flay on Bobby’s Dinner Battle. Bal has also been one of the primary judges for Cooking with Fire, which is aired nationwide in Canada.

Bal Arnerson is the author of two best selling cookbooks; “Everyday Indian” and “Quick & Healthy Indian” which won the Asian Cuisine category prize for Canada by the Gourmand World Cookbook Awards in 2012. She also just recently launched her third cookbook, “Bal’s Spice Kitchen”. Her most recent stint, for being well known for blending the best of East and West in her Indian-inspired cooking, Bal has been invited to act as a food and beverage consultant for the world premiere event of The Hundred-Foot Journey taking place in early August 2014, a Hollywood movie that stars Academy Award winner Helen Mirren and is co-produced by Steven Spielberg and Oprah Winfrey.

During her stay in Malaysia, Bal’s hands-on cooking session is held in collaboration with Astro and the Asian Food Channel while the dinner events will be proudly sponsored by William Grant & Sons. 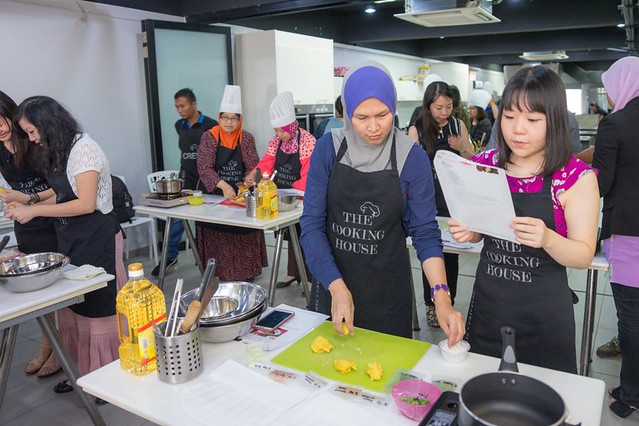 After our hands-on cooking with Bal, guests will be able to have a taste of her signature dishes such as Sweet Potato and Yam Samosas, Butter Chicken and Spiced Yogurt with Summer Berries. 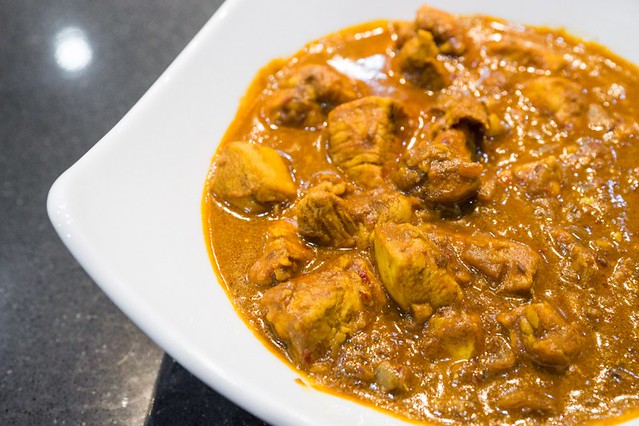 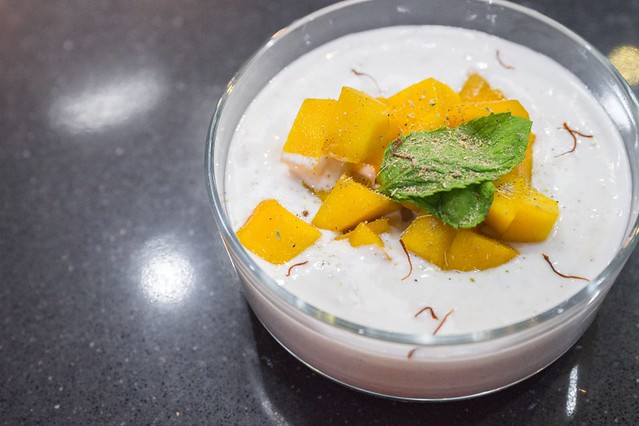 To further entice guests, Bal will pair her menu with the robust flavors of Glenfiddich Whisky of ages 12, 15 and 18 years. 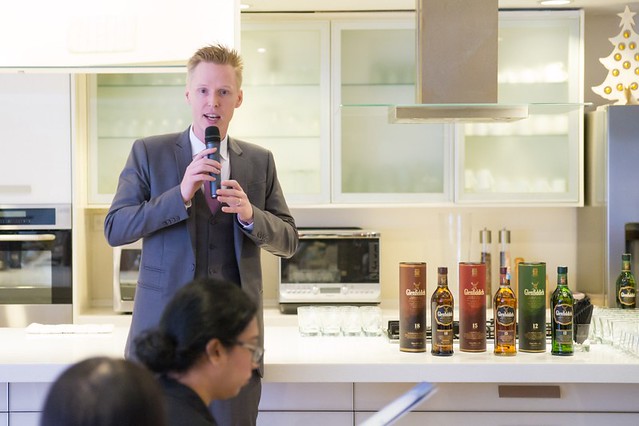 Speaking of Glenfiddich (pronounced glen-fi-dik), this Water of Life is carried by William Grant & Sons, an independent family-owned distiller founded by William Grant in 1886.
Currently run by their fifth generation of his family, this luxury spirit company distils some of the world’s leading brands of Scotch whisky, including the world’s favourite single malt Glenfiddich.
Brought to us by William Grant & Sons Southeast Asia brand ambassador Matthew Furgusson-Stewart, a veteran of the whisky industry, he gained his first appreciation for the liquid after seeing how three simple ingredients – water, yeast and malted barley – can fuse together in a perfect harmony to produce the greatest diversity of flavour and aroma characteristics in any spirit. 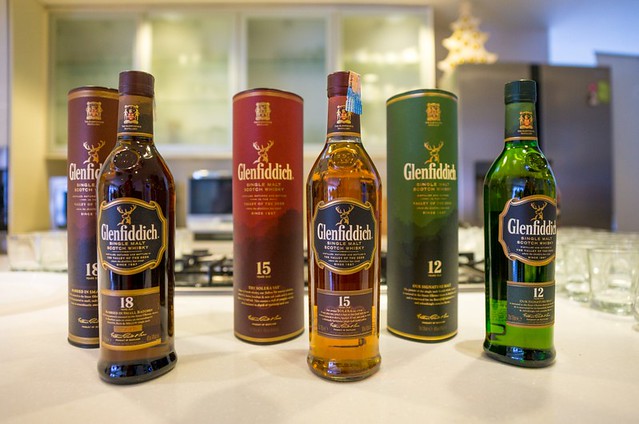 Here’s a simple tip I picked up from Matthew.

Since whisky is made of water, alcohol and ‘the rest of the stuff’ that makes up the aroma, to nose the whisky out of the glass, pour a few droplets onto your palm, spread it out a bit in between your palms but not rubbing it in, this is to use the heat from your palms to bring the temperature up, then air it out for 2-3 seconds to let the alcohol evaporate, leaving the aroma and small amount of water on your palms.
Cup your hands together around your nose and appreciate the aroma without the lingering smell of alcohol. Matthew even went as far as using whisky the same way as one would normally use perfume if we so preferred, making everyone chuckle when he said, “Gentlemen, if you do this before bed, make sure be prepared to sleep on the couch that night”.

Since whiskies pair exceptionally well with fat, butter and oil, it goes to say that Indian cuisine which is usually oily, will be like a match made in heaven.
The lingering yet subtle flavor of the 12 year old Glenfiddich goes perfectly with the butter chicken by Bal. The austere nature of the 12 year old means you would notice the citrusy tone as you nose the liquid.
Take a gentle sip of the clear light golden liquid, swirl it around in your mouth, and the flavor intensifies, bringing the spices used in the Butter Chicken to another deeper level of flavors.
Overall, the entire pairing session was an extremely enjoyable one with many knowledge being shared around. Definitely an experience not to be easily forgotten. 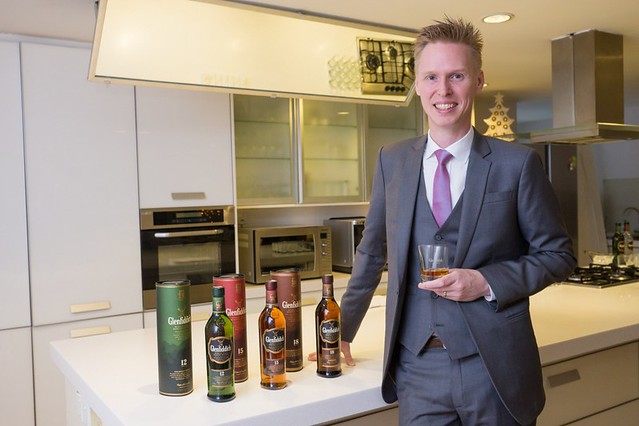 For more information on “Bal Arnerson’s Spice Adventure”, visit http://www.asianfoodchannel.com/beta/balarnerson.
There will also be 2 episodes of “Spice of Life with Bal Arnerson” and Spice Goddess” back-to-back from Sundays 3 August to 31 August at 18:00 on Astro Channel 703.